Accessibility links
Did Led Zeppelin Plagiarize 'Stairway'? A Pa. Judge Will Decide You know that opening riff to Led Zeppelin's 1971 hit "Stairway to Heaven"? It sounds very, very similar to the 1968 song "Taurus" by the band Spirit. A lawsuit about the issue is moving forward. 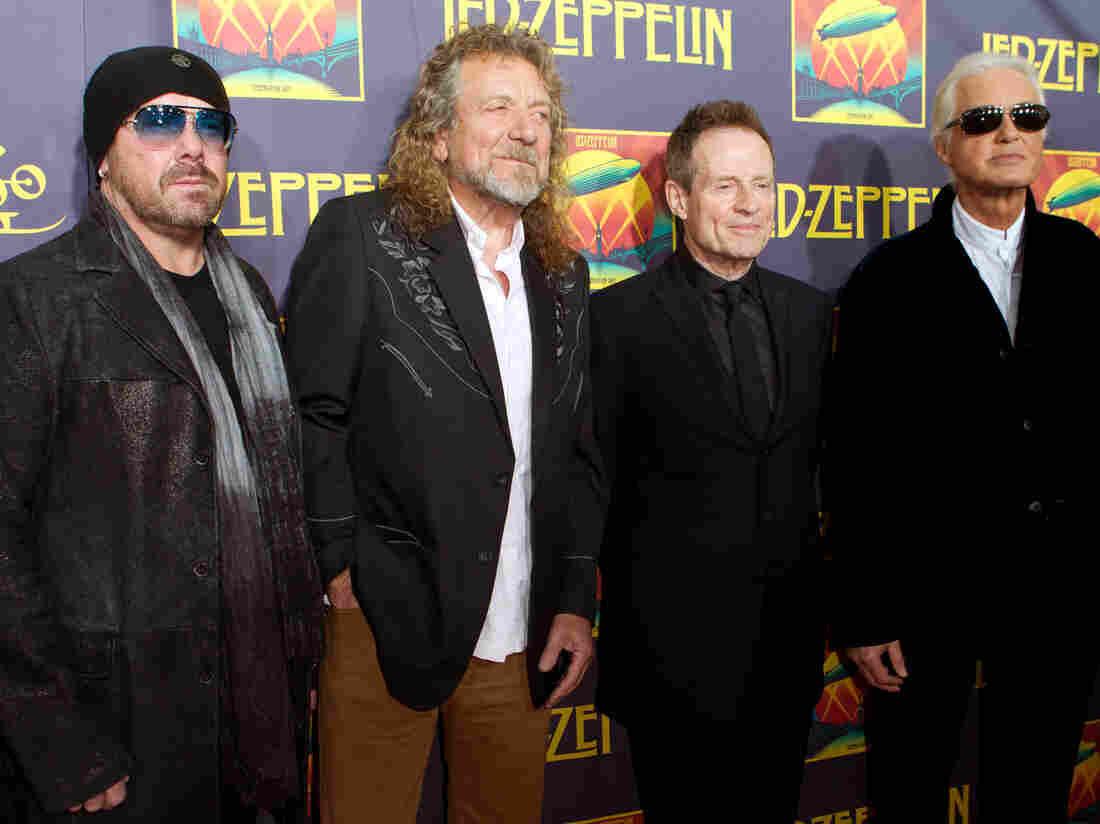 This week, a judge in Pennsylvania moved forward with a lawsuit against the members of Led Zeppelin and their music publishers. The band is accused of plagiarism. Dario Cantatore/AP hide caption 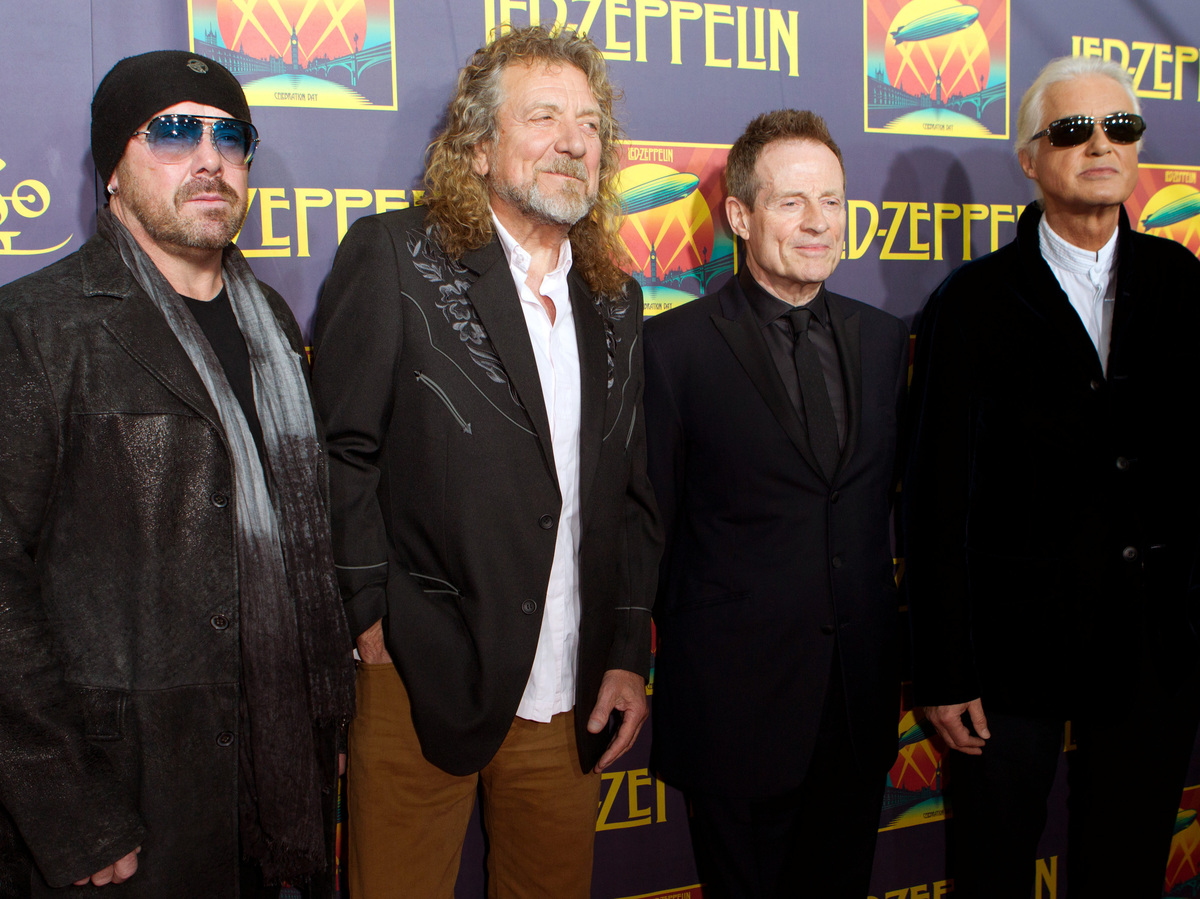 This week, a judge in Pennsylvania moved forward with a lawsuit against the members of Led Zeppelin and their music publishers. The band is accused of plagiarism.

Everyone who knows rock 'n' roll knows the opening riff to Led Zeppelin's 1971 hit "Stairway to Heaven." Play it side-by-side with the 1968 song "Taurus" by the band Spirit, and they sound almost the same.

The songs were released more than four decades ago, but just this week, a judge in Pennsylvania allowed a lawsuit about the issue to move forward.

"Taurus" was written by Randy California, the founding member of the band Spirit. He died in 1997, but his heirs want compensation for plagiarism and a songwriting credit. They filed suit against the members of Led Zeppelin and their music publishers.

"The judge will basically hear both songs, both sides will bring forth musicologists, and they'll debate whether the songs are really similar," Eriq Gardner of The Hollywood Reporter tells NPR's Arun Rath.

Gardner says in this case, the judge could have no musical knowledge whatsoever.

"That adds the wild-card factor to this," he says. "No one knows what a judge in Pennsylvania is going to say. I mean, [in] Pennsylvania, there's very few cases that have examined copyright infringement in songcraft."

The plaintiff's lawsuit emphasized having a Pennsylvania judge oversee this case. Gardner says he's not certain why, but it may have something to do with the lawyer.

"The only thing that I can really think of is that the lawyer for the plaintiff is based in Pennsylvania," Gardner says.

Rock aficionados will tell you that Led Zeppelin stealing "Stairway to Heaven" is old news. After all, it's been 43 years since the band released the song.

"[Randy California's] heirs start thinking that they may have a claim," Gardner says. "A lot of rock historians have suspected at least the opening notes to 'Stairway to Heaven' were lifted from the song 'Taurus,' and a lawyer comes forward, willing to work on contingency, and voila: a lawsuit."

This isn't the first time Led Zeppelin has been accused of plagiarism. Just listen to the band's recording of "Dazed and Confused" and compare it with folk singer Jake Holmes' "Dazed and Confused," recorded two years earlier. It's practically the same song.

Holmes filed a copyright infringement lawsuit against Led Zeppelin in 2010.

"This sort of thing happens a lot in music," Gardner says. "There's only so many notes in the music vocabulary."

But sometimes, he notes, the similarities are just unmistakable.