Accessibility links
Debate: Does Income Inequality Impair The American Dream? A sign of a robust economy that ultimately lifts all boats — or a force that prevents low- and middle-income people from advancing? Experts debate income inequality for Intelligence Squared U.S. 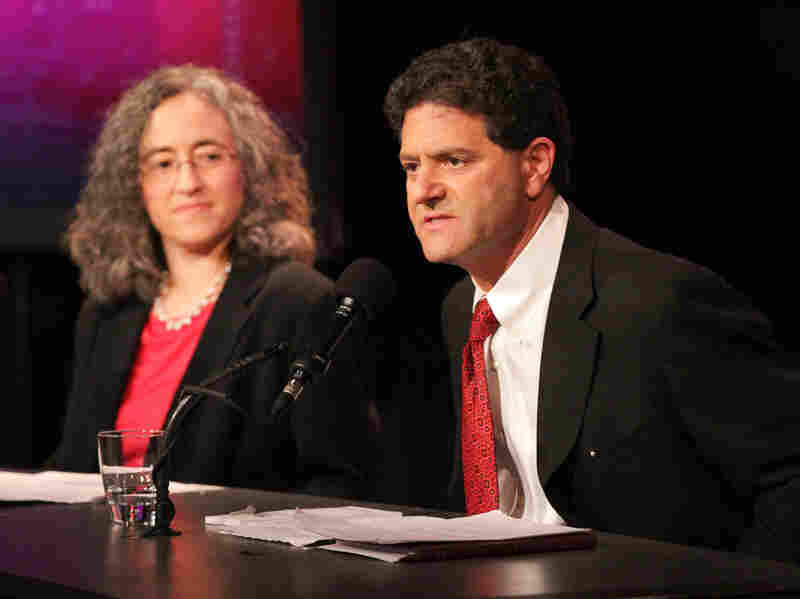 Venture capitalist Nick Hanauer, with Elise Gould, argues that a robust economy relies on large numbers of innovators and affluent consumers — and that too much inequality prevents too many Americans from joining those groups. Samuel LaHoz/Intelligence Squared U.S. hide caption 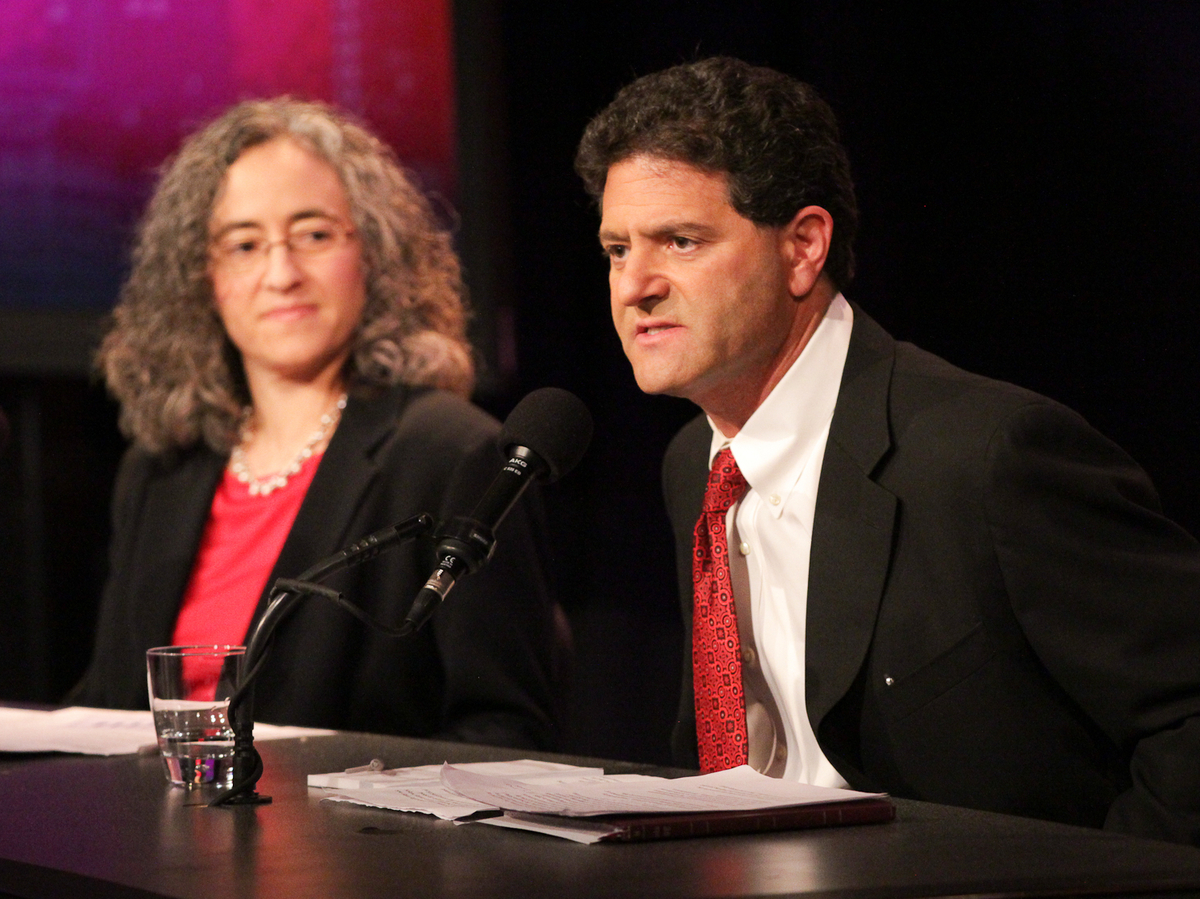 Venture capitalist Nick Hanauer, with Elise Gould, argues that a robust economy relies on large numbers of innovators and affluent consumers — and that too much inequality prevents too many Americans from joining those groups.

Income inequality has been on the rise in the U.S. for decades. The top 1 percent of earners in the U.S. now holds a much greater share of national income than three decades ago. At the same time, incomes for the bottom half of American households have remained virtually flat.

Some economists and social scientists argue that income inequality leads to unequal access to opportunity and resources like nutrition and education. That's left children born to poor families with little hope of escaping poverty themselves, they argue, and has made upward mobility unattainable for many in the middle class, as well.

But others say that income inequality is not inherently a bad thing. They point to research that finds that countries with greater inequality also experience more economic growth. That means that people at all income levels will benefit, they argue, even if their individual slice of the economic pie becomes smaller.

Before the debate, the audience at the Kaufman Music Center in New York was 60 percent in favor of the motion and 14 percent against, with 26 percent undecided. After the debate, 53 percent favored the motion and 37 percent voted against it, making the team arguing against the motion the winner of this particular debate.

Elise Gould is the senior economist and director of health policy research at the Economic Policy Institute, where she researches wages, poverty, inequality, economic mobility and health care. She is a co-author of The State of Working America, 12th Edition. Gould also co-authored a book on health insurance coverage in retirement; published in venues such as The Chronicle of Higher Education, Challenge Magazine and Tax Notes; and has written for academic journals including Health Economics, Health Affairs and Journal of Aging and Social Policy. She has testified before the U.S. House Committee on Ways and Means, Maryland Senate Finance and House Economic Matters committees, the New York City Council and the District of Columbia Council.

Nick Hanauer is an entrepreneur and venture capitalist with more than 30 years of experience across a broad range of industries. He has managed, founded or financed more than 30 companies, creating aggregate market value of tens of billions of dollars, including Amazon.com, Aquantive Inc., Insitu group, Market Leader and, most recently, the venture capital firm Second Avenue Partners. He is actively involved in a variety of civic and philanthropic activities and has served a broad range of civic organizations, including the University of Washington Foundation and the Seattle Alliance for Education. He currently serves as a director for the Democracy Alliance and as a board advisor to the policy journal Democracy. Hanauer has published two national bestsellers, The True Patriot and The Gardens of Democracy, with co-author Eric Liu. In 2012, his TED talk on income inequality went viral after TED, citing it as overtly partisan, declined to publish it on their website. 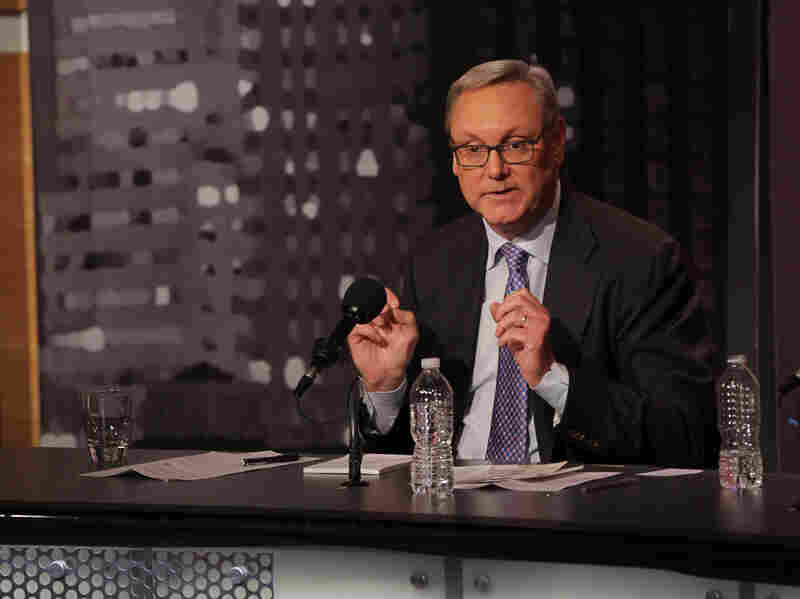 Edward Conard, a former partner at Bain Capital, argues that the success of America's top earners actually spurs economic growth — growth that, in turn, has increased incomes at all levels of the economic spectrum. Samuel LaHoz hide caption 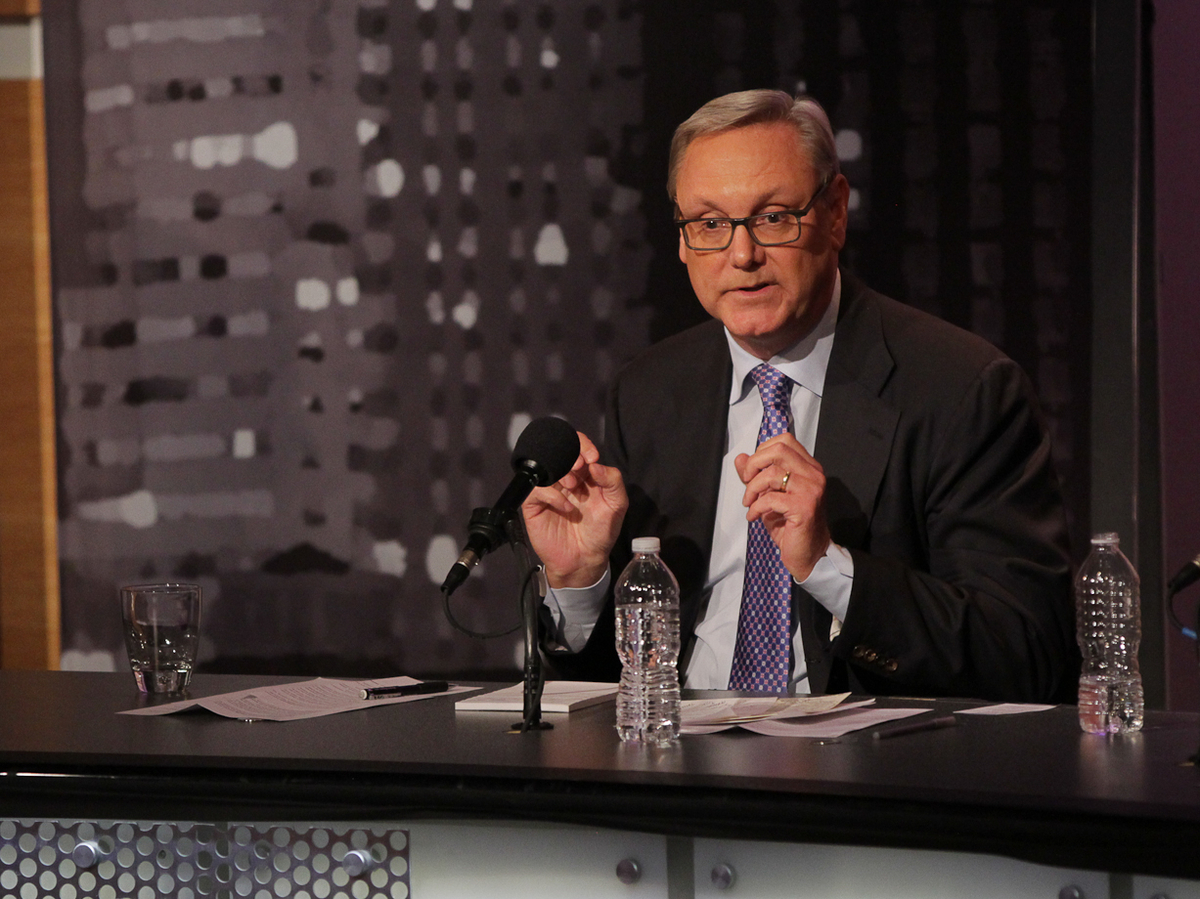 Edward Conard, a former partner at Bain Capital, argues that the success of America's top earners actually spurs economic growth — growth that, in turn, has increased incomes at all levels of the economic spectrum.

Edward Conard is a visiting scholar at the American Enterprise Institute and the author of Unintended Consequences: Why Everything You've Been Told About the Economy Is Wrong. Prior to writing his book, Conard was a senior managing director at Bain Capital, where he headed the New York office and was responsible for the acquisitions of large industrial companies. He previously worked for Wasserstein Perella, an investment bank that specialized in mergers and acquisitions, and Bain & Company, a management consulting firm, where he headed the firm's industrial practice. Conard recently joined the Intelligence Squared U.S. board of trustees. His views in this debate are his own.

Scott Winship is the Walter B. Wriston Fellow at the Manhattan Institute. Previously a fellow at the Brookings Institution, his areas of expertise include living standards and economic mobility, inequality and insecurity. Earlier in his career, Winship was research manager of the Economic Mobility Project of The Pew Charitable Trusts and a senior policy advisor at Third Way. His research has been published in National Affairs, National Review, The Wilson Quarterly, Breakthrough Journal and Real Clear Markets, among other outlets.