Accessibility links
At 83, Filmmaker Jean-Luc Godard Makes The Leap To 3-D Godard, who has been making films for more than half a century, shared the 2014 Jury Prize at Cannes for his 3-D film, Goodbye To Language. He likes 3-D, he says, because "there aren't any rules." 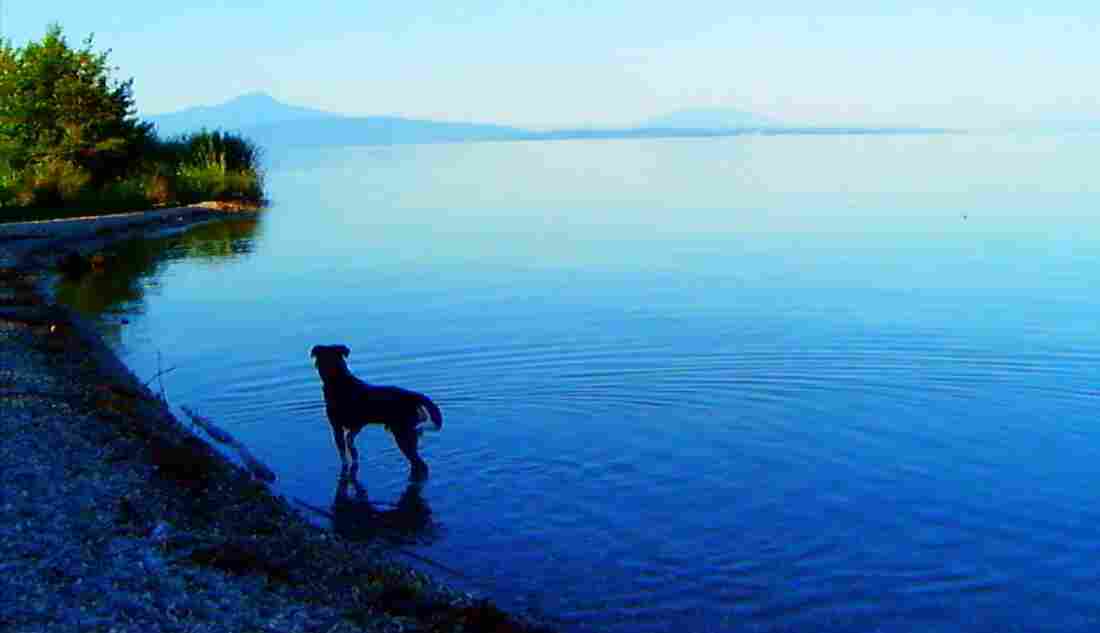 Jean-Luc Godard's dog, Roxy, is prominently featured in Goodbye to Language, wandering through the countryside, conversing with the lake and the river. Kino Lorber Inc. hide caption

Back in the 1960s Jean-Luc Godard made his name in the French New Wave by breaking cinematic rules. Some 40 years later, he's still doing things his own way. Now, at age 83, he's taking on 3-D in a new film called Goodbye to Language, which shared the Jury Prize at the 2014 Cannes Film Festival.

There are elements of Goodbye to Language you might find in any Hollywood movie — people arguing, a shootout — and even a dog, the director's own. (Roxy wanders the countryside conversing with the lake and the river that want to tell him what humans never hear.)

There aren't any rules. It is still a place where there are no rules.

There are also signature Godard touches: There are quotes from philosophers, artists, novelists — as part of the dialogue or recited by a narrator. There's music where you least expect it, and not where you do. And there's a story that's hasn't been neatly stitched together.

Underlying it all, there's Godard's unusual approach to 3-D.

Godard generally avoids interviews, but he did talk for Canon Cameras about what attracted him to 3-D in the first place. "There aren't any rules," he said. "It is still a place where there are no rules."

3-D uses two cameras to make an image appear to have depth, but Goodbye to Language goes beyond that, explains film historian and critic David Bordwell.

"Normally they're interlocked to produce a smooth image, a 3-D illusion," Bordwell explains. "But what Godard does in a couple of points in the film is pan one of the two cameras he uses but keep the other one fixed on the object. So in fact you get a splitting of the image — two flat images, superimposed on each other in depth. When [the] first instance of that showed up in the film at Cannes, audiences spontaneously applauded. They had never seen anything like it."

"It's very startling but kind of poetic effect, particularly in the context of a scene where people are separating from each other," Bordwell says. 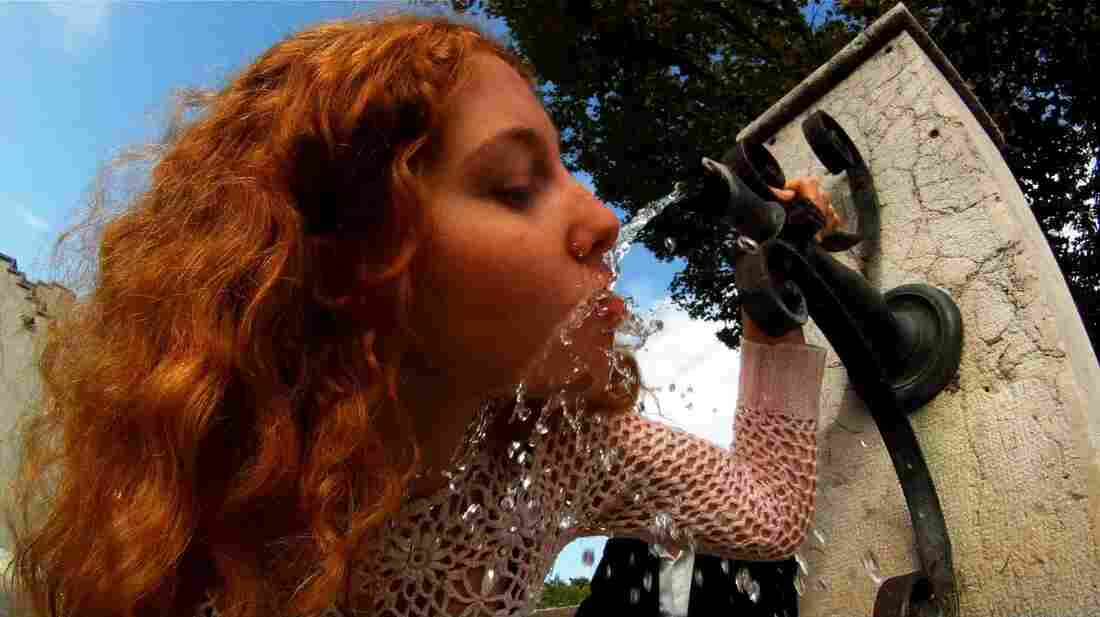 Bordwell likens Godard to a modern painter, and so does Heloise Godet, one of the film's stars. She recalls asking the filmmaker about her character, a woman in an unhappy relationship. In response, Godard showed her a picture of a piece of modern art. "It was really abstract," she recalls. Godard said, "OK, that's your character." She remembers the conversation was "weird but really inspiring."

"Weird but inspiring" might describe how even Godard's producers see his projects. Vincent Maraval pursued a profession in film at age 14 after seeing a Godard movie. He still finds Godard's work strangely puzzling and compelling. Maraval says the 83-year-old filmmaker has the attitude of a young innovator.

"For every project, he's looking for the unknown," Maraval says. "He looks for an experience. He doesn't know where he goes, and that's what motivates him. That's what I call being very young. ... He's always very ready for adventure."

Godard himself steps into his film — at least through his voice as an unseen teacher expounding on watercolor painting. "That's what Kirillov says in Dostoyevsky's novel: two questions, a big one and a little one," the audience hears Godard say. "But the little one is also big. What's difficult is to fit flatness into depth. [The little one?] Suffering. [The big one?] The other world."

And this may be just what Goodbye to Language is about, says Bordwell.

"I think what he's talking about — and this is one of the reasons the dog Roxy is very prominent in the film — is that he's trying to get people to look at the world in a kind of an unspoiled way," says Bordwell. "There are hints throughout the film that animal consciousness is kind of closer to the world than we are, that language sets up a barrier or filter or screen between us and what's really there. And although the film is full of language, talk, printed text and so on, nevertheless I think there's a sense he wants the viewer to scrape away a lot of the ordinary conceptions we have about how we communicate and look at the world afresh."

To make us see is one of the oldest goals of movies, one that has pushed Godard to keep working for more than half a century. He's already at work on his next film.