Accessibility links
The Funky Tune That Was Too Big For Miles Davis Trumpeter Wallace Roney played Davis' understudy for many years. So it was fitting when he resurrected a long-lost orchestral composition that Wayne Shorter wrote for his mentor. 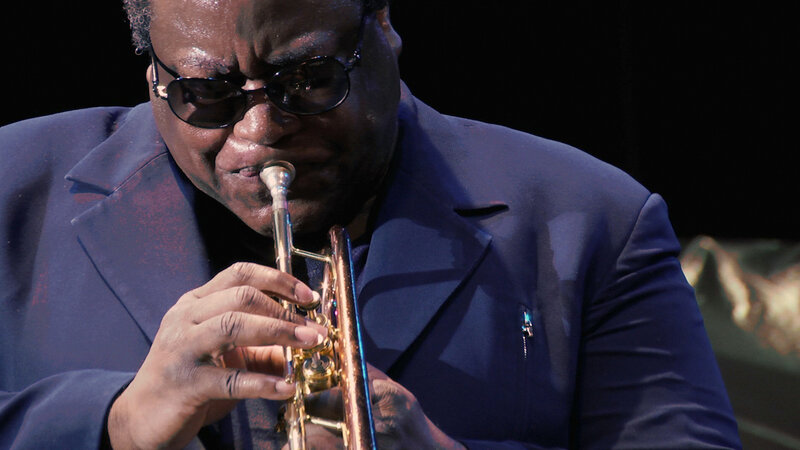 When Miles Davis returned to performing in the early 1980s, he asked his former bandmate and master composer, Wayne Shorter, to write something for him. What came out was a large ensemble work too unwieldy for Davis, and Shorter put it back on his shelf. "I asked him for a tune, and he gives me a [expletive deleted] symphony," Davis reportedly said at the time.

Decades later, Shorter found the piece "Twin Dragon" and some other orchestral works he'd originally written for Davis. He gave them to Wallace Roney, a trumpeter who had served as Davis' protege. After researching and rearranging the works, Roney is now touring the repertoire, complete with his jazz group and a wind ensemble.

This performance of "Twin Dragon" was recorded at the Detroit Jazz Festival, and presented as part of the new public radio project Jazz Night In America. Full of intriguing intervallic leaps with a strong funk undertow, it surely sounds like a Wayne Shorter piece. But then Roney steps up to take his solo, powered by the aggressive swing of drummer Lenny White, and cuts through the din to place his own stamp on this music.