Accessibility links
'The Great Invisible' Views An Environmental Catastrophe From Many Sides Margaret Brown's soft-spoken documentary examines the aftermath of the 2010 Deepwater Horizon oil spill. The film recognizes an instinct toward simplistic polarization, but pushes gently against it.

'The Great Invisible' Views An Environmental Catastrophe From Many Sides

'The Great Invisible' Views An Environmental Catastrophe From Many Sides 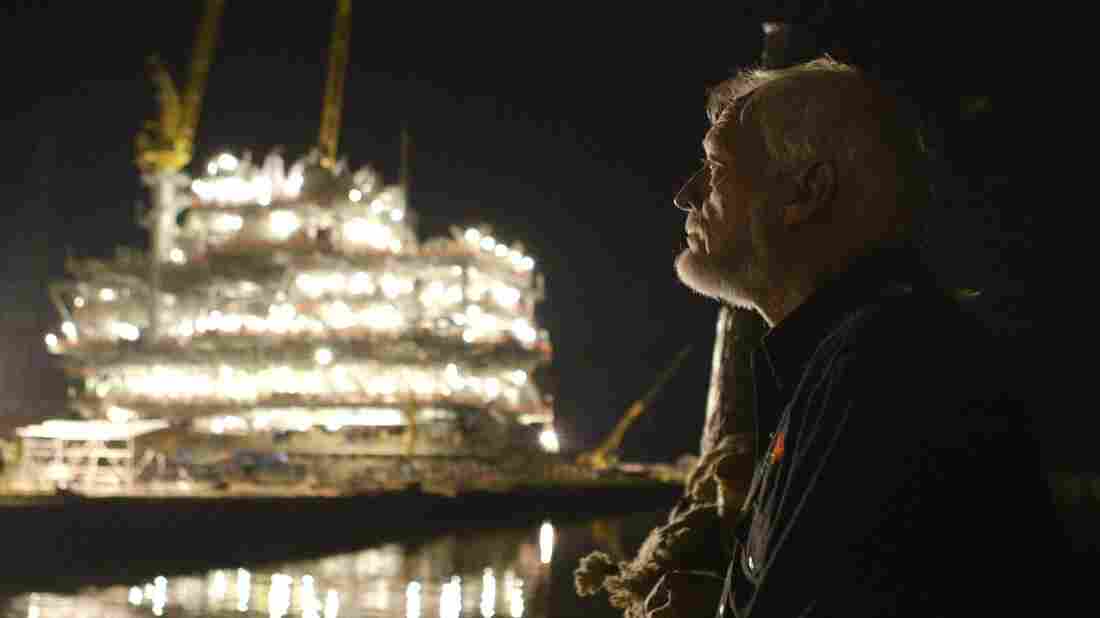 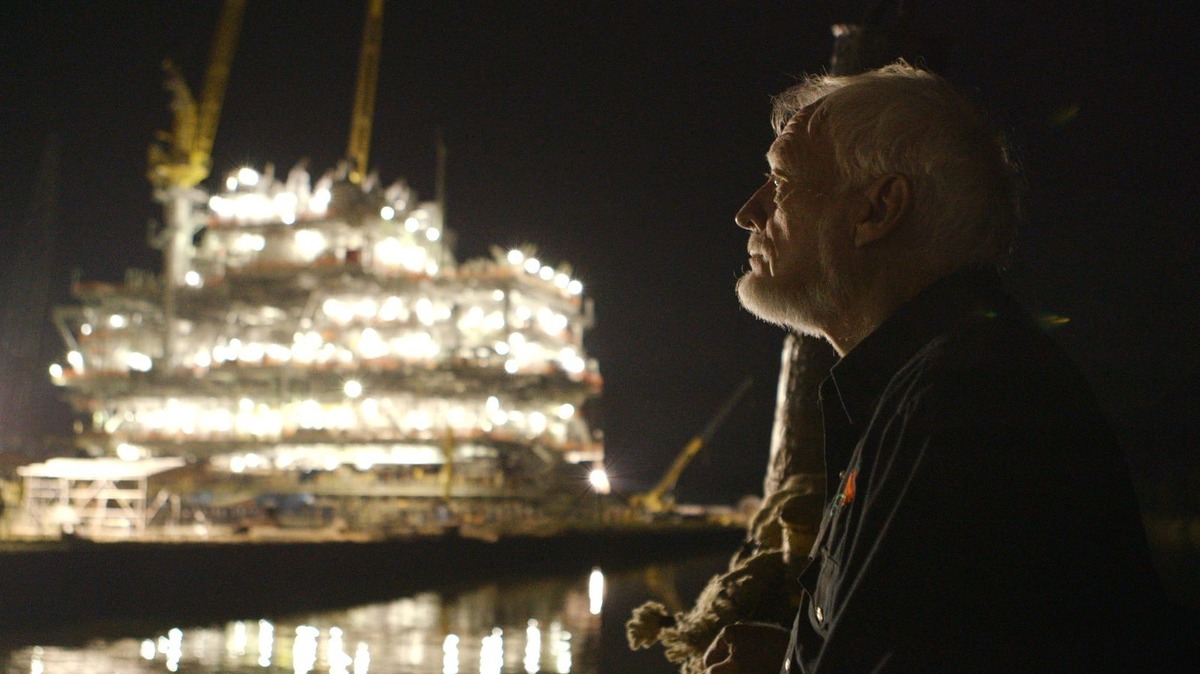 Latham Smith in The Great Invisible.

The Great Invisible, Margaret Brown's soft-spoken documentary about the aftermath of the 2010 Deepwater Horizon oil spill, recognizes that disasters — from shootings to extreme weather events — often beget entrenchment. Tragedies tend to drive us to our most defensive ideological corners, from which we can see little beyond more impassioned arguments for our own side. The film acknowledges this instinct toward simplistic polarization, but then softly, compellingly tries to push against it.

From the start, when a fisherman hired by BP to help in cleaning up the spill tells Brown and her crew that his contract precludes him talking to the press, it's clear that Brown's main concern is transparency: making sure the story of the spill and its effects continue to receive proper coverage.

More often than not, that concern pits Brown against BP and Transocean, the owner of the oil rig that BP was leasing when it exploded. But even as she lambasts the two companies, Brown's main priority appears to be piecing together a web of consequences that complicate black-and-white reactions to the disaster.

After going over the details of the spill itself, Brown takes us to Bayou La Batre, an Alabama fishing town where the shrimp, crab and oyster populations have been depleted — or, years later, still bear traces of oil. Centered on the efforts of Roosevelt Harris, a volunteer who collects and hands out food to his increasingly destitute neighbors, Brown's profile of the town is a case study of the long-term damage the spill inflicted on the local fishing industry.

Brown finds a comparable case in the next town she visits: Morgan City, La., the birthplace of offshore oil drilling. But there, the problems come from an opposite direction; it's Barack Obama's moratorium on offshore drilling that has caused job losses to mount. A similar sense of suffering, resignation and anger hangs over the scenes in Bayou La Batre and Morgan City, but there's also an unspoken tragedy in their juxtaposition: The towns' recuperation, after all, can only occur at each other's expense.

Brown constructs these conundrums carefully while playing with audience expectations. In a set of scenes featuring four oil traders and executives, Brown presents a superficially stereotypical scene of the out-of-touch elite, with the men smoking cigars as they casually discuss energy policy after a nice dinner in Houston.

That makes it all the more surprising, then, to hear one of them argue that we should "tax the living hell out of gasoline" in order to curb energy use. You can almost imagine Brown at the back of a theater, nodding silently in satisfaction as her audience reacts to the twist.

This is one of the few times, however, when Brown resorts to anything like a shock tactic. Her tendency to tread lightly and never overstate her arguments helps her craft a compelling variety of stories related to the oil spill. She never blasts her audience with graphs and facts and opinions.

That style is less effective, however, at emphasizing the injustice of the spill. Side-by-side with her profile of Gulf Coast residents, Brown mounts an argument that a series of cost-cutting measures created the conditions for the explosion on the Deepwater Horizon, but her case lacks the detail necessary to fully convince. At one point, an interviewee lists off controversial and dangerous decisions that were made on the rig weeks prior to the explosion. But Brown never offers adequate pause to help viewers process the missteps, and as a result the technical details wash by, never taking hold.

The most successful condemnation of BP and Transocean comes instead from the stories of Stephen Stone and Doug Brown, two survivors of the rig explosion who still await their full, promised compensation to help with their physical and psychological recovery. The sections about Stone and Brown also signal where The Great Invisible's strengths lie more generally: not in providing the facts for a legal case, or in arguing for a certain ideology or policy, but in simply telling the stories of victims of all stripes. The oil industry has recuperated and returned to Morgan City, but Brown still smartly examines the way the Gulf Coast environment and too many of its people are still reeling from the catastrophe's aftermath.