Can Shows Like 'The McCarthys' Replace CBS' 'Thursday Night Football'?

Can Shows Like 'The McCarthys' Replace CBS' 'Thursday Night Football'? 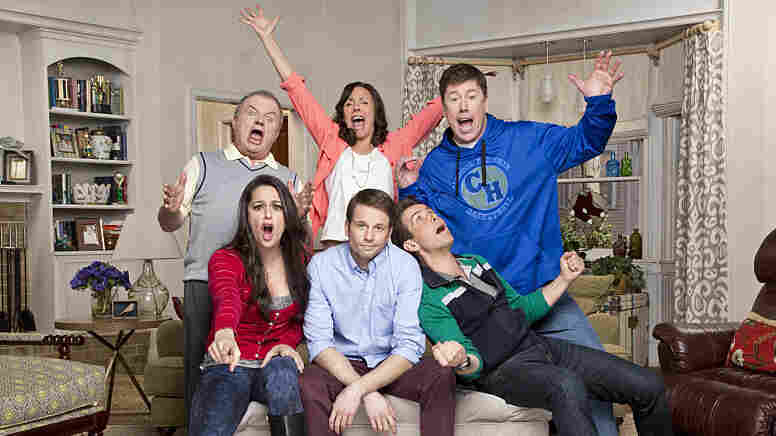 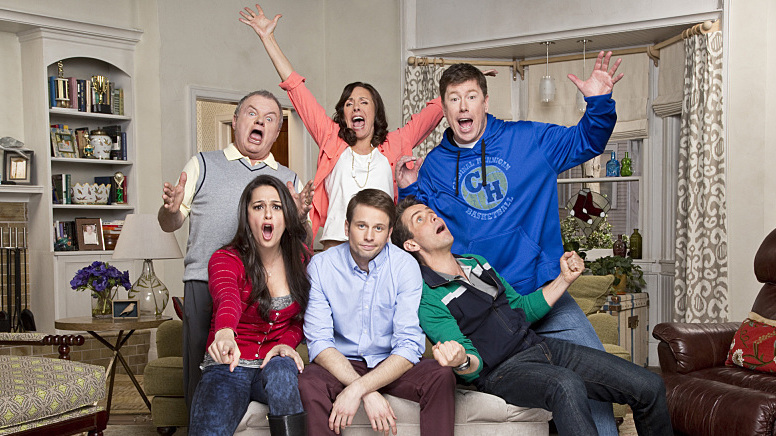 And in the case of CBS's The McCarthys, you may wish they had stopped a bit sooner.

CBS's Thursday Night Football: An Ambitious Alliance With A Lot At Stake

Tonight is a crucial moment for CBS; it's the first Thursday night with scripted shows since the end of Thursday Night Football on the broadcast network. The games, simulcast on CBS and the NFL Network, were an expected success, nearly doubling the viewership for Thursday games and increasing ratings on the broadcast network by 81 percent (last week's game was the most-watched show in prime time that week, with an average 20 million viewers).

CBS's deal with the NFL only covered seven Thursday games this season; network executives want to renew it, but the NFL hasn't yet agreed.

So there's one domino left to fall: What happens now that the Thursday games will only appear on the NFL Network? Will sitcoms like Big Bang Theory, Two and a Half Men and the new McCarthys hold on to a bit of that audience that got used to tuning in CBS on Thursday nights?

Will sports fans head for the NFL Network? Or will CBS fans who checked out other stuff during Thursday Night Football — say, ABC's female-centered dramas like Grey's Anatomy and Scandal — return once sports is gone?

Into the middle of all these pressing questions drops The McCarthys; CBS's latest flawed attempt to prove it can create a few successful comedies that aren't produced by Chuck Lorre, who handles Big Bang Theory, Mom, Two and a Half Men and Mike & Molly.

It isn't looking like they're going to break that streak anytime soon.

The McCarthys feels like CBS's version of an ethnic family comedy; a sitcom centered on an Irish family in Boston with one gay son, played by Tyler Ritter. There are your expected jokes about drinking too much, the grown sister sleeping around too much, the guys showing too little emotion, everyone obsessing over basketball and lots of fumbling with the gay thing.

The cast is appealing, topped by Rescue Me alum Jack McGee and Laurie Metcalf — though Metcalf's lack of a Boston accent is also a head-scratcher, given that everybody else in the family except Ritter has one. And the credits look a little like the answer to a '90s pop culture trivia quiz, from Ritter — son of the late TV star John Ritter — to former Roseanne co-star Metcalf and Joey McIntyre, better known as the youngest member of boy band New Kids on the Block.

Like much of CBS's product, this show gently tweaks a formula we've all seen many times before.

The lead character is a gay man who watches episodes of The Good Wife with his mom, and like the early days of Will & Grace, the pilot gives us a character who mostly talks about being gay, with no boyfriends or relationships in sight. The plot here is Sitcom 101; when McGee's patriarch/basketball coach suddenly has an assistant's job open up, guess which sports-challenged character is chosen to carry on the family legacy?

Because The McCarthys airs on Thursdays — which CBS already ruled, thanks to the hordes drawn by Big Bang Theory — it is likely to be one of the highest-rated comedies on television. The viewership from people too lazy to switch channels after Two and Half Men is probably enough to win its time slot.

But that can be a double-edged sword. The Crazy Ones, Robin Williams' ill-fated comedy with Sarah Michelle Gellar, was the fifth-highest-rated comedy on TV when it got canceled last season. Expectations are higher on a successful network like CBS; weak links in the schedule have to be replaced, even when they get ratings that rival networks would kill for.

Critics have a bad track record with CBS's mediocre, yet crowd-pleasing new shows; a torrent of negative reviews didn't stop the network from picking up full seasons of the dramas NCIS: New Orleans, Stalker and Scorpion.

But on this one, many TV writers seem to agree: CBS can — and should — do a lot better on Thursdays than The McCarthys. If only to keep the night warm for next year's Thursday Night Football.