Accessibility links
The Devastating History Of Midterm Elections Over the past century, midterm elections have been pretty rough on the party that holds the White House.

History tells us that midterm elections are bad — sometimes very bad — for the party that controls the White House. President Obama and the Democrats are pushing for voter turnout in the final days before next Tuesday's midterm election. But they are also bracing for what could be a rough night of ballot counting.

The worry for any president during the midterm is that the past may be prologue.

It's a trend that began as early as the Civil War and is firmly established in the era of the modern presidency.

Here are some notable presidential midterm setbacks and disasters: 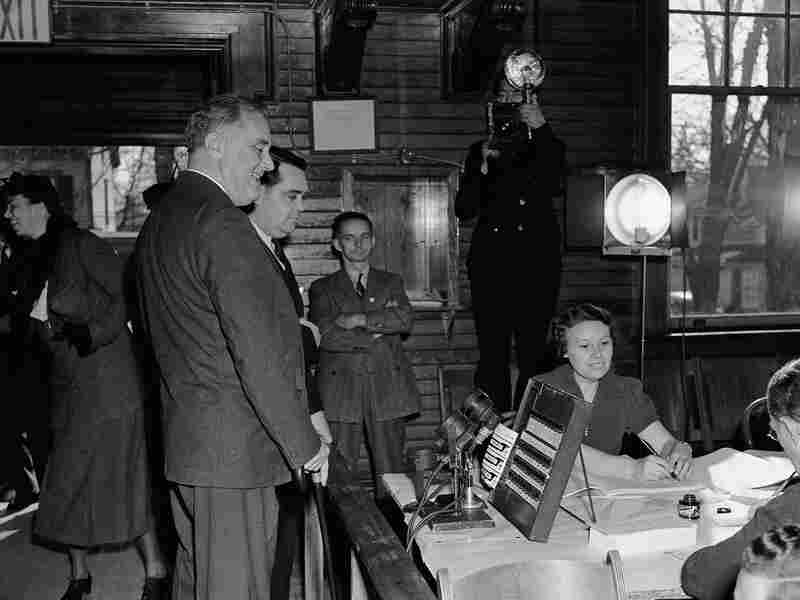 President Franklin D.Roosevelt identifies himself to the election board in Hyde Park, N.Y., in 1938. Republicans picked up a whopping 81 seats in the U.S. House that year. AP hide caption 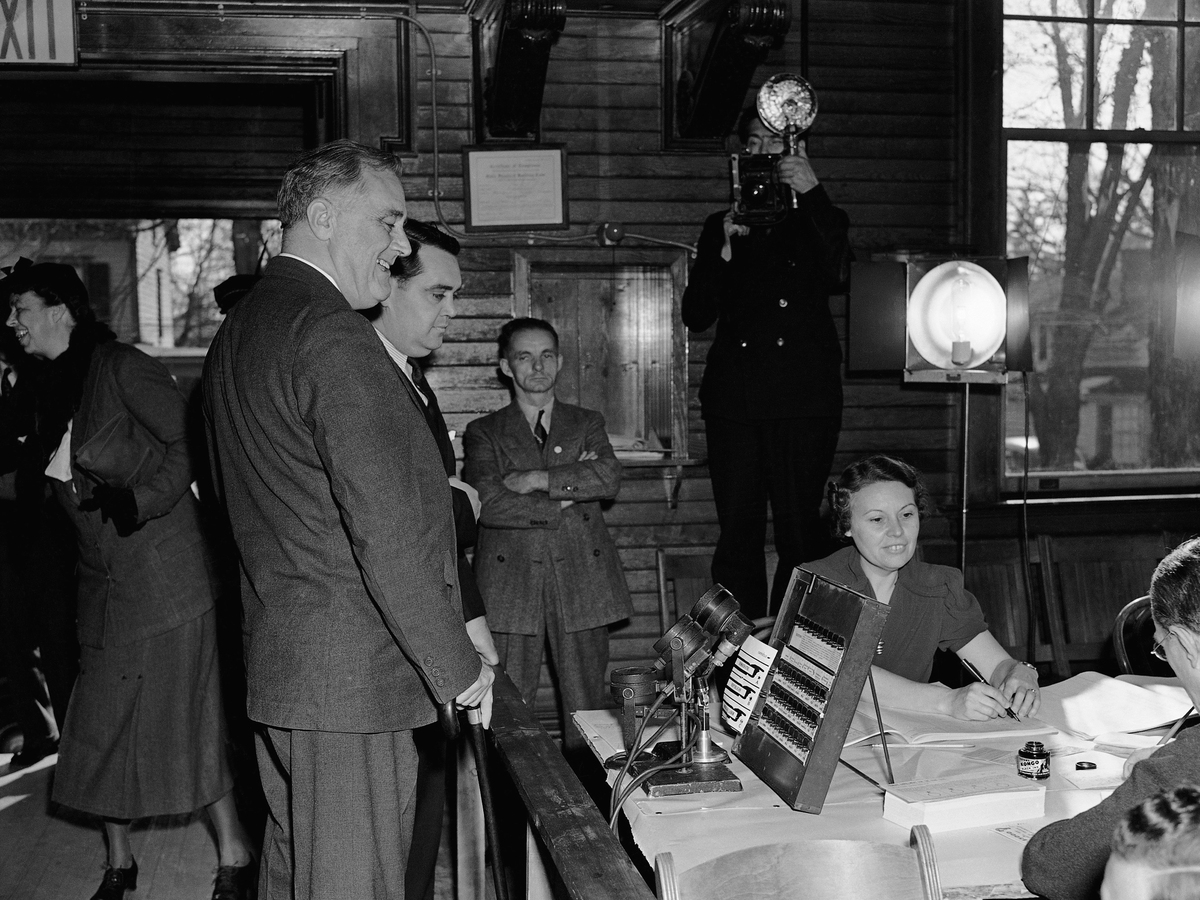 President Franklin D.Roosevelt identifies himself to the election board in Hyde Park, N.Y., in 1938. Republicans picked up a whopping 81 seats in the U.S. House that year.

Big losses for FDR in the U.S. House amid weariness over economy and New Deal doubts

On the eve of that year's midterm elections, President Franklin Delano Roosevelt urged the nation to pull together, as war loomed in Europe. His distinctive voice crackled on radio sets across the country.

"Remember that in these brave days in the affairs of the world, we need internal unity, national unity. For the sake of the nation, that is good advice."

But it was advice voters ignored. Republicans picked up 81 seats in the U.S. House. One columnist noted that the GOP elephant had emerged from the doghouse it had occupied since the Depression.

This newsreel from that year captures the mood — it was a record turnout for a midterm. The president voices optimism over his Democratic Party's chances as he votes in his hometown of Independence, Mo. But the opposition party carries the day. 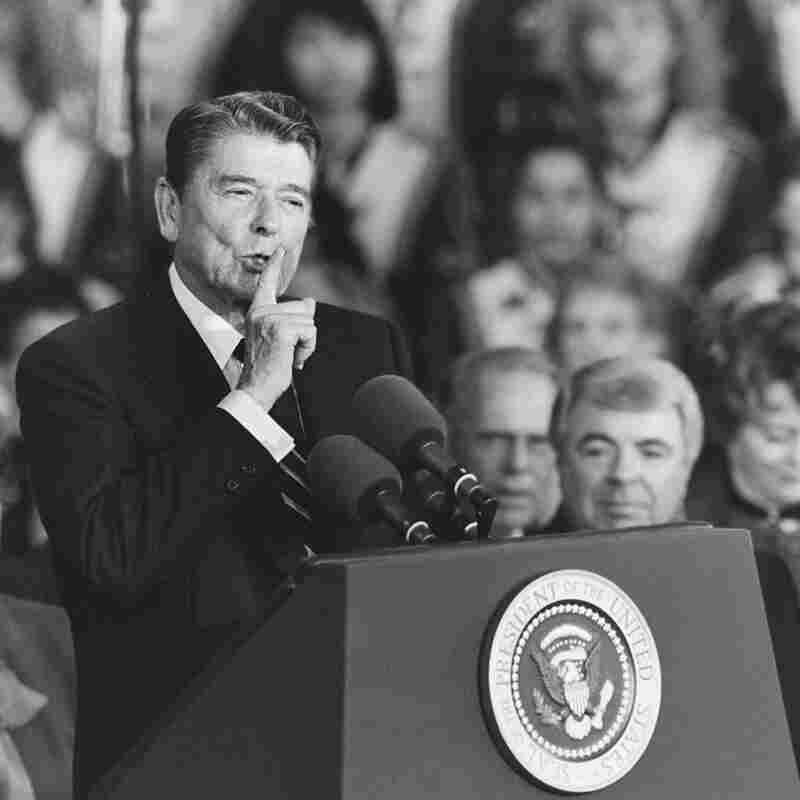 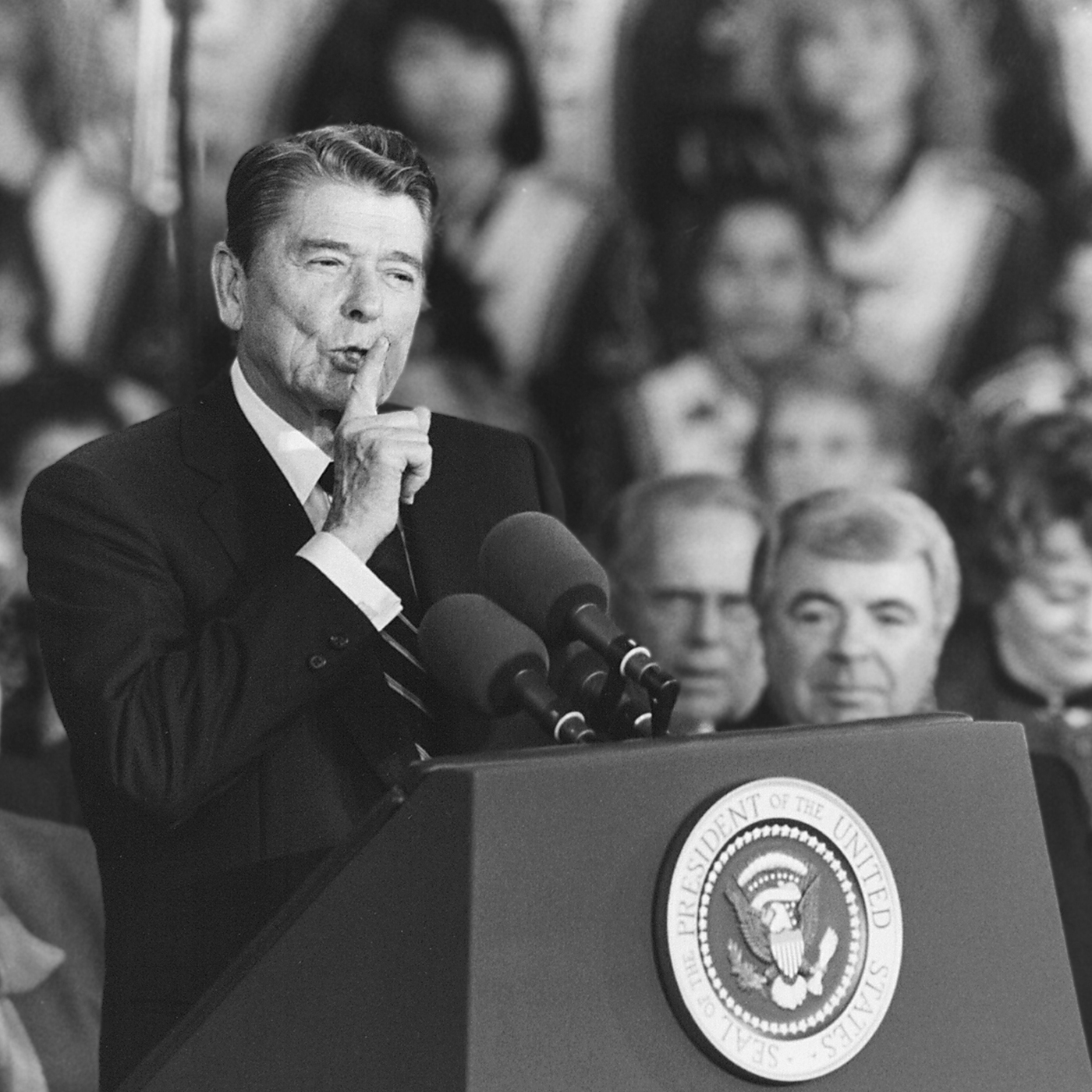 President Reagan campaigns for the GOP, saying it's a clear choice. Voters choose Democrats, giving that party control of the U.S. Senate.

Reagan framed the coming midterms in his sixth year in office by describing the voters' overwhelming importance. The choice, he said, was "whether to hand the government back to the liberals or to move forward with the conservative agenda into the 1990s."

Voters went with the Democrats, taking control of the U.S. Senate away from the GOP.

Clinton is drubbed in the year of the "Republican Revolution"

President Clinton also felt the voters' wrath in his first midterm in 1994.

The GOP captured the U.S. House, Senate and the majority of governorships in what was dubbed the "Republican Revolution." This was the year of the Contract with America, which Rep. Newt Gingrich and the GOP used to great effect.

Clinton reacted to the defeat saying "the American people believe, a majority of them ... that a divided government may work better than a united government."

The frustrated president then couldn't resist adding, "As you know I disagree with that."

There are occasional exceptions to the general rule that the White House takes a beating in midterms. Clinton in 1998 and President George W. Bush in 2002 are notable recent examples.

After the Sept. 11 attacks, President Bush's approval ratings soared into the 90s. By 2006, after years of a difficult and controversial war in Iraq, his ratings had tumbled to 40 percent and lower in some polls. The GOP lost 30 seats and control of the House as Nancy Pelosi became speaker. Democrats captured the Senate as well.

Bush put it this way in a news conference: "Look, this was a close election. If you look at [it] race by race it was close." But he then acknowledged, "the cumulative effect, however, was not close, it was a thumpin'." 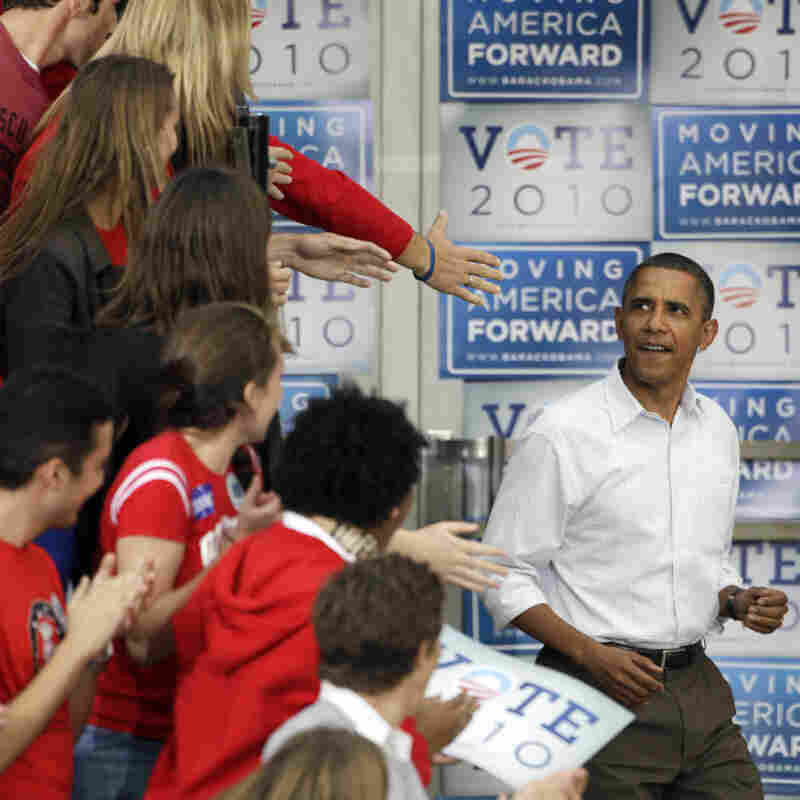 President Obama at a Wisconsin rally in 2010.

Enter the Tea Party and a revitalized GOP

This was President Obama's first midterm test. The newly prominent Tea Party and a GOP pushback after passage of Obamacare resulted in a change of course by voters. GOP gains were huge. Democrats lost the House.

"Some election nights are more fun than others; some are exhilarating; some are humbling," the president said in what was a huge understatement for the man who had celebrated his own historic election two years earlier. This one, he said, was a "shellacking."

Let's all work together for the American people

There's something else that presidents tend to say after a humiliating midterm — that they've gotten the message. It usually comes in some variation of this, as spoken by President George W. Bush after GOP losses in 2006.

"You know if you focus on the big picture, which in this case is our nation, and issues we need to work together on, you can get stuff done."

History also tells us something about just how well that works out.