Accessibility links
'Before I Go To Sleep' Is An Amnesia Thriller You'll Hope To Forget Nicole Kidman and Colin Firth star in a grimly exploitative, unpleasant thriller about a woman whose memory is wiped overnight, every night. 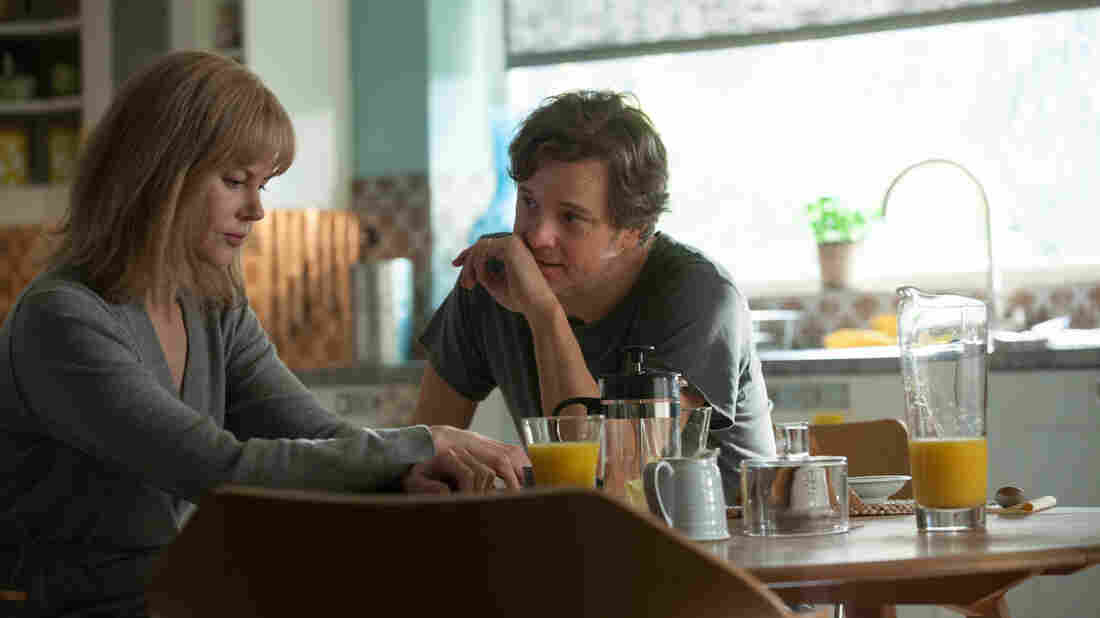 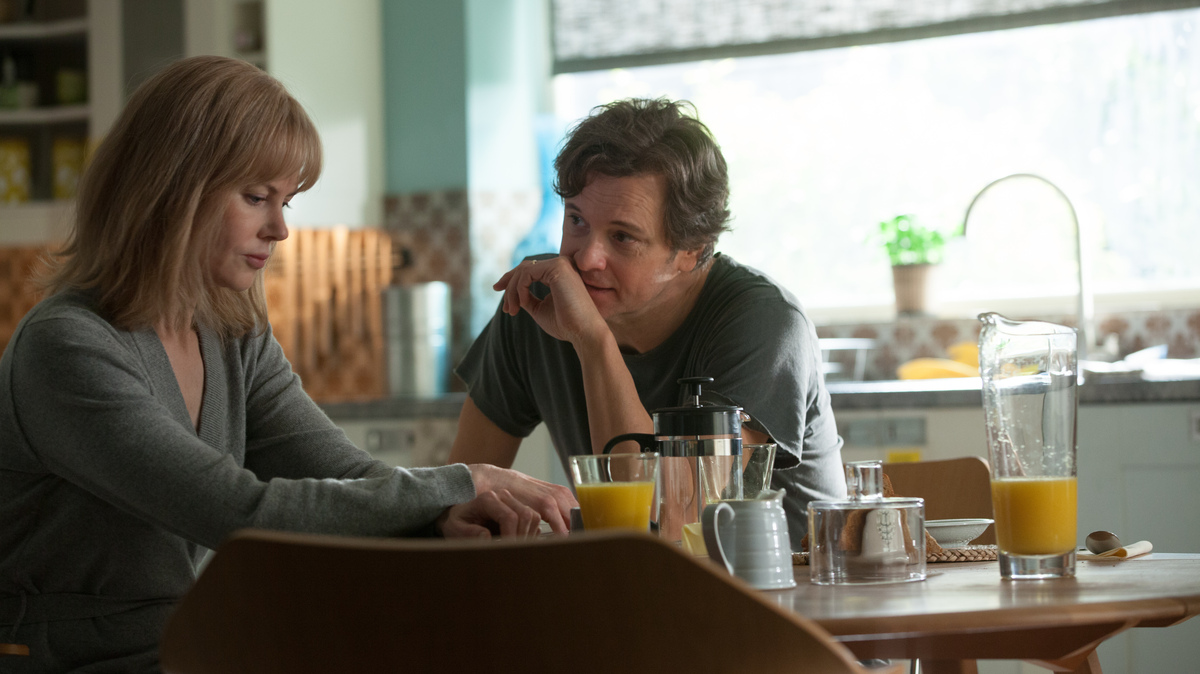 The bloodshot eyeball that opens to greet a brand-new day — and I mean brand-new day — in the thriller Before I Go To Sleep belongs to wealthy English homemaker Christine Lucas (Nicole Kidman). Christine suffers from psychogenic amnesia, the fright-moviemaker's best friend. She can store memories during the day, but they reliably vanish overnight, marooning poor Christine in what is either a hapless attempt to upstage Memento or a remake of Groundhog Day in noir.

Unlike Bill Murray's sour weatherman — and because she's, you know, a girl — Christine is 100 percent victim, staggering through life armed only with whispered queries and startled-bunny reaction shots. When she looks in the mirror, she sees a woman 10 years older than she believes herself to be.

Christine lives in a lonely house in the wintry woods near London, where it rains and rains. Friends and family hover, all of them — including her slightly too-devoted husband Ben, played by Colin Firth — waving flags ostentatiously marked "unreliable narrator." The couple may or may not have a son, who might be dead, or not.

Men keep bossing Christine around, and she has no idea which of them is friend, foe or lover. Her therapist, Dr. Nasch, is played by the excellent Mark Strong, a man of inescapably villainous countenance and therefore maybe a good guy? Dr. Nasch's method skews to the unorthodox and over-involved. He gives Christine a camera to record a video diary as a memory aid, but he's also an inappropriate hugger. Is it Nasch, or Ben, or Christine's bestie (Anne-Marie Duff) who's responsible for the daily memory shards of the past trauma that has brought Christine low?

For all I know, the novel (by S.J. Watson) on which Before I Go To Sleep is based is full of nuance and surprise. If so, writer-director Rowan Jaffe, whose resume boasts an unnecessary 2010 remake of the great 1947 noir Brighton Rock, has mangled the job, and with a heavy hand. Comedy is unintended, character is binary: Ben murmurs sweet nothings into Christine's neck, then shoots grim stares at her; Nasch comes on either sinister or hyper-protective. Mostly, we see the backs of heads. The lighting is more murky than oblique, as Christine's violent past flashes back in a dirty-ochre palette, with a throbbing-heart soundtrack in back.

Worse yet, the movie has nothing fresh — and plenty that's old and nasty — to say about violence against women. This sort of exploitation has been a Hollywood staple forever, but Before I Go To Sleep is a singularly unpleasant specimen that takes pleasure in smacking a woman around, and worse, in repeated graphic detail — before finally throwing her a pro forma bone of empowerment. With luck, Kidman will erase this inept thriller from her memory as quickly as it leaves theaters.