Accessibility links
In Texas, The World's Biggest Bat Colony Is Saved From City Sprawl The city of San Antonio and conservation groups teamed up to buy land threatened with development near the Bracken Bat Cave, summer home to millions of bat mothers and babies. 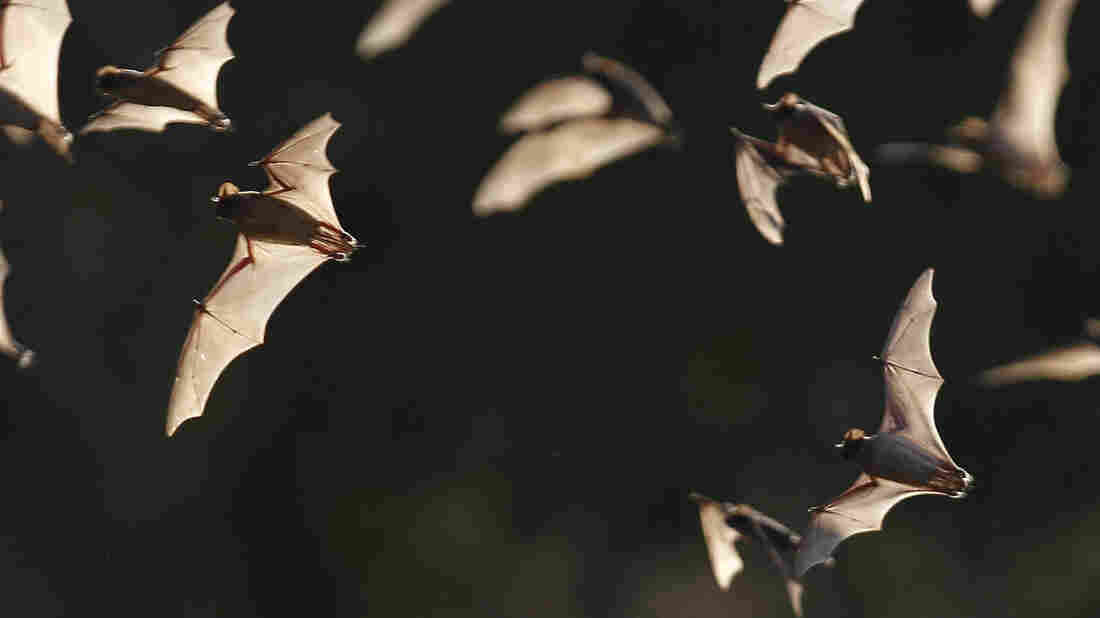 The Bracken Bat Cave outside San Antonio is home to millions of bats. Here, a few of them emerge from the colony in 2011. Eric Gay/AP hide caption 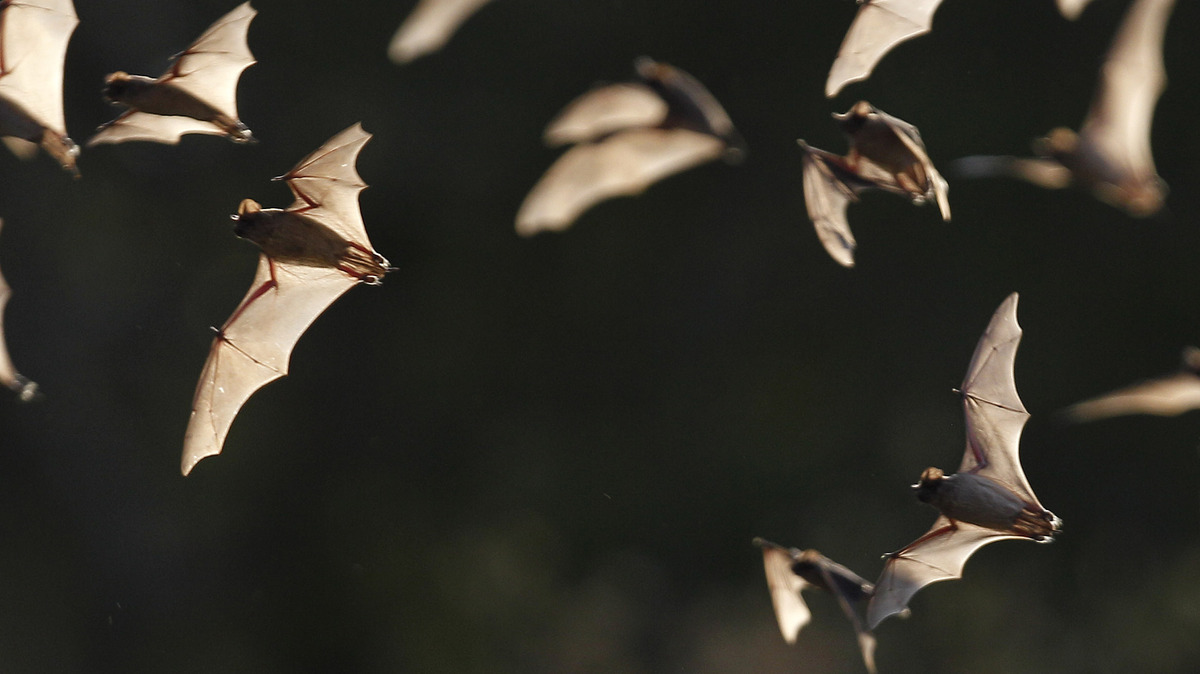 The Bracken Bat Cave outside San Antonio is home to millions of bats. Here, a few of them emerge from the colony in 2011.

Down a narrow gravel drive and a short walk past cactus and scrub cedars outside San Antonio is a gaping, dark cave mouth, 60 feet wide, nestled at the bottom of a steep hill.

This is the Bracken Bat Cave. Each night at 7:30, millions of bats spiral out of the deep cave and streak off toward the darkening Southern sky.

Thanks to a $20 million deal signed Friday by San Antonio, conservation groups and a local developer, the night sky around the cave will stay dark, and the mother and baby bats inside will have a buffer between them and the hazards of city sprawl.

Bracken Cave is a massive maternity ward for pregnant females coming back after wintering in Mexico, says Fran Hutchins, coordinator of the cave for Bat Conservation International.

"Bracken Cave is the largest colony of bats in the world, somewhere between 15 and 20 million Mexican free-tail bats," Hutchins says. "So they deposit the baby in what we call the nursery section of the cave, which is just millions of hairless baby bats, so when you look at it, it's a ceiling of pink, hairless baby bats."

In wave after wave, for almost four hours every night, the adult bats fly off to the cotton and cornfields in south Texas, looking for food.

The cave sits within a preserve, but next to the preserve is a tract of land, and last year a developer started advertising plans to build 3,500 homes there, alarming conservationists. BCI Executive Director Andy Walker says bats are attracted to houses and light.

"We would have had hundreds of bats congregating on the porches, around street lights, around swimming pools," Walker says. "Baby bats that were either resting or sick, or older bats that were sick, might be found by family pets and brought into houses."

San Antonio Councilman Ron Nirenberg went to the cave for the first time, to see what the buzz was all about.

"I could describe it as a spiritual experience," Nirenberg says. "I mean, this is the glory of the Texas hill country, and if you're not moved to action to keep this a part of our Texas hill country for our enjoyment and the enjoyment of future generations, then you probably should check your pulse."

So Nirenberg teamed up with two counties, conservation groups, donors and others to come up with money to buy the land from the developer and create a bigger buffer zone for the bat cave.

"Putting this deal together has been no small task," Nirenberg says. "We worked for more than a year to coordinate what at many times has felt like an uphill battle if not a hopeless situation."

The Nature Conservancy was a lead player in the deal. It will manage the property and create hiking trails across the 5,000-acre swath of land that now protects the bat cave. Cities rarely get the opportunity to preserve such treasures, says Conservancy Director Laura Huffman.

"It's in one of the fastest-growing areas of the country," Huffman says. "The ability to protect this intact natural resource and this incredible congregation of mammals is magical."