Accessibility links
Carlos Santana: 'I Am A Reflection Of Your Light' Musician Carlos Santana shares his journey from a difficult childhood in Mexico to international stardom in the new memoir, The Universal Tone: Bringing My Story to Light. 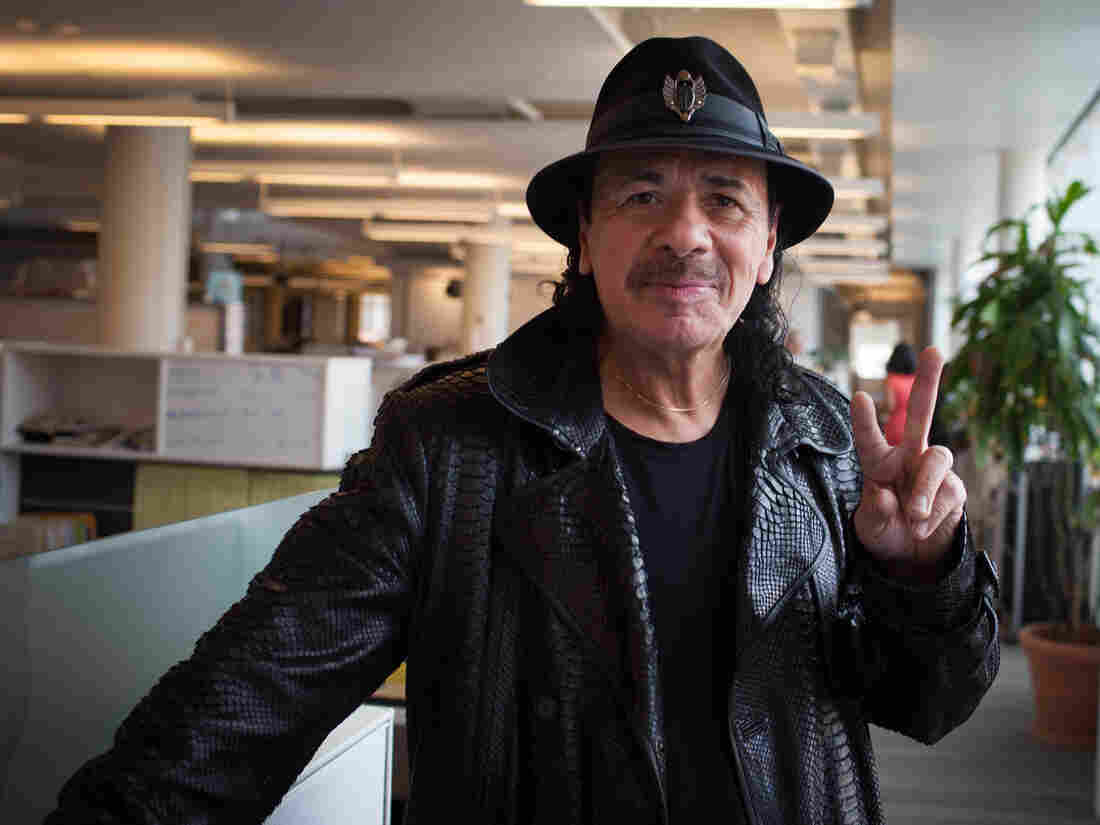 Carlos Santana visits NPR for an interview about his new memoir The Universal Tone: Bringing My Story to Light. Maggie Starbard/NPR hide caption 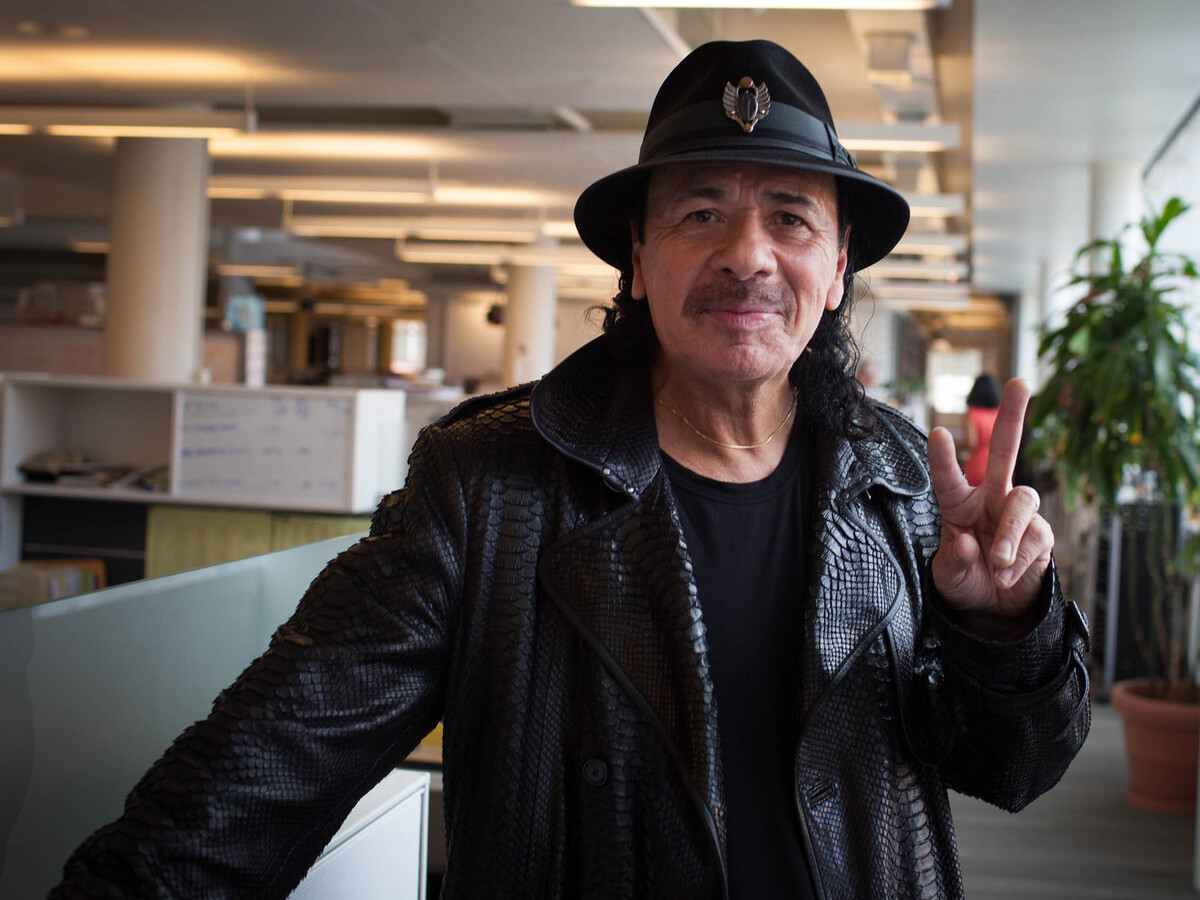 Carlos Santana visits NPR for an interview about his new memoir The Universal Tone: Bringing My Story to Light.

Rock and Roll Hall of Fame artist Carlos Santana has won 10 Grammys and sold more than 100 million records. He has become one of the world's most celebrated musicians, a destiny that was difficult to imagine during his childhood in a small Mexican town. His father, also a musician, was Santana's first teacher, but he really learned his craft playing on the street and in strip clubs in Tijuana. 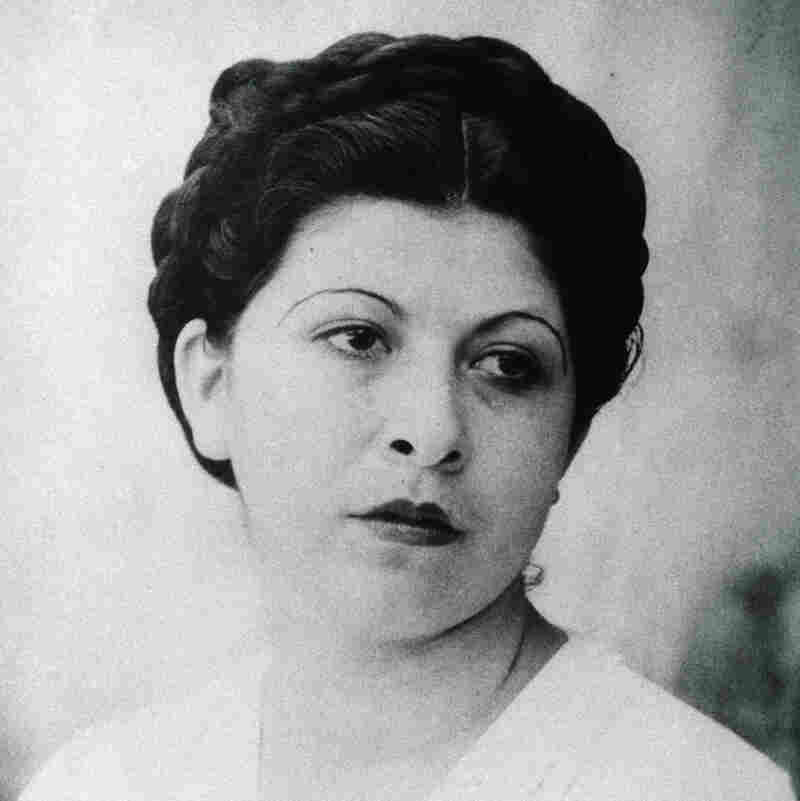 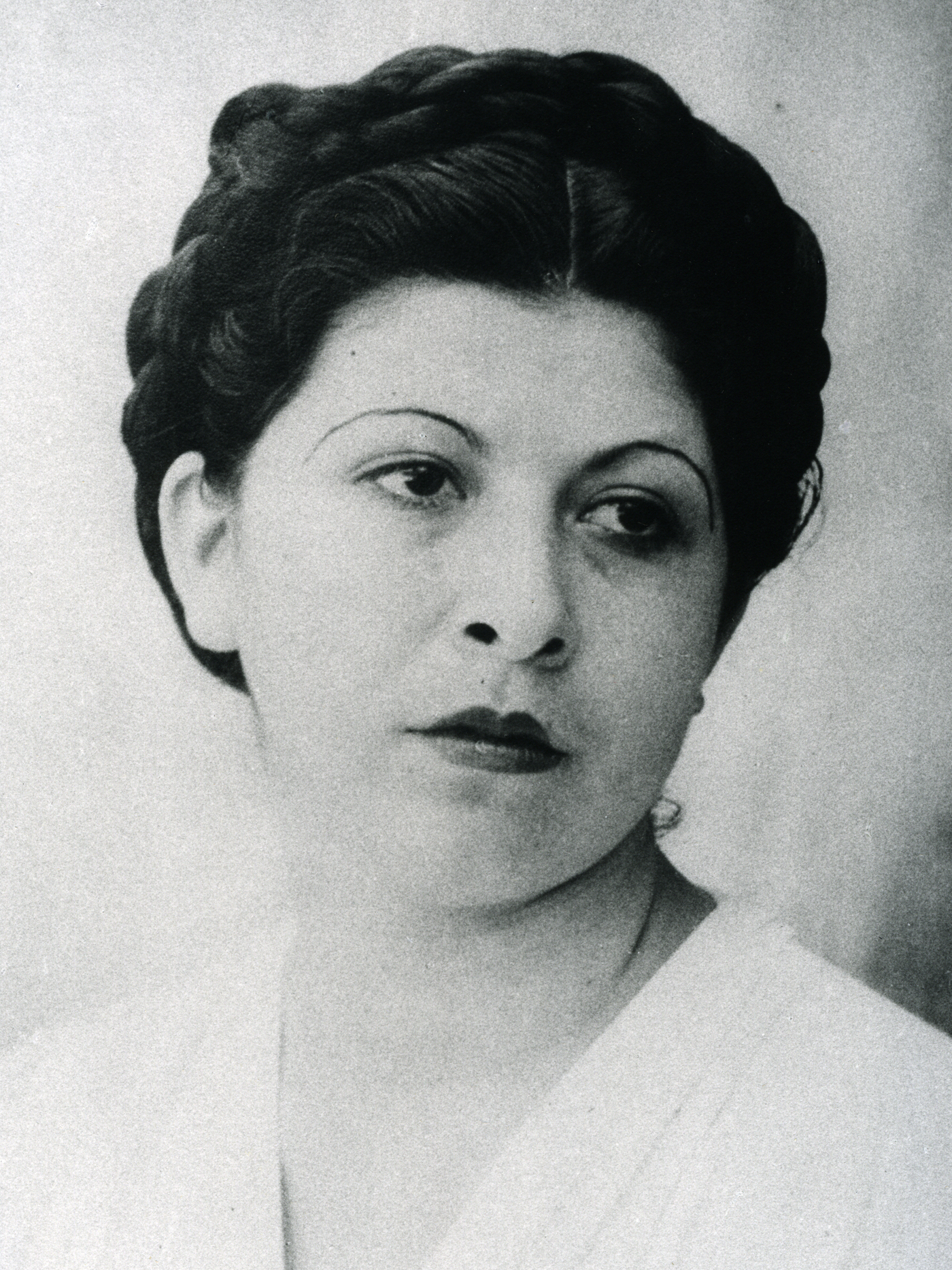 Carlos Santana shares his journey from Autlán, Mexico, to international stardom in his new memoir, The Universal Tone: Bringing My Story to Light. The book is dedicated to his mother, Josefina. "I think she probably prayed for me more than anyone to keep me from getting lost," he says. "I dedicated it to her because she deserves to know that her prayers worked. I am a good man."

Despite their fraught relationship, Santana thanks his mother for instilling a "will for excellence" early on in life. "My mom would say 'OK, we're poor, but we're not dirty and filthy, clean the house,'" Santana tells Michel Martin. "She would say, 'What are you doing?' And if you say 'nothing,' 'I know! Make yourself useful. Don't just sit there like a lump. Do something.'"

"I Just Want To Be Adored"

I was drawn to music just by watching everybody, children, older people, and especially women looking at my dad. Every time he played, women were like, 'Oh Don Jose,' you know? And I'm like 'Ooh, Don Jose?! I want some of that.' I didn't know what to call it, but I know that now we call it 'being adored.' I love that dimension of music more than anything, you know? To adore supreme integrity and elegance, I want that. Even though I grew up in Tijuana, in the poorest part, but I want integrity and elegance and I want to carry myself like I got more money than anyone in the world...I just want to be adored like my dad.

For a long time it made me feel like everybody woke up to screw me, to mess with me, just to put me down, or to take advantage of me. You grow up with a lot of guilt. You grow up with a lot of shame, and a lot of anger. However, the main thing that I learned from this is that I am not what happened to me. I am still with purity and innocence. No one can take that away from me.

Frustrations In The United States 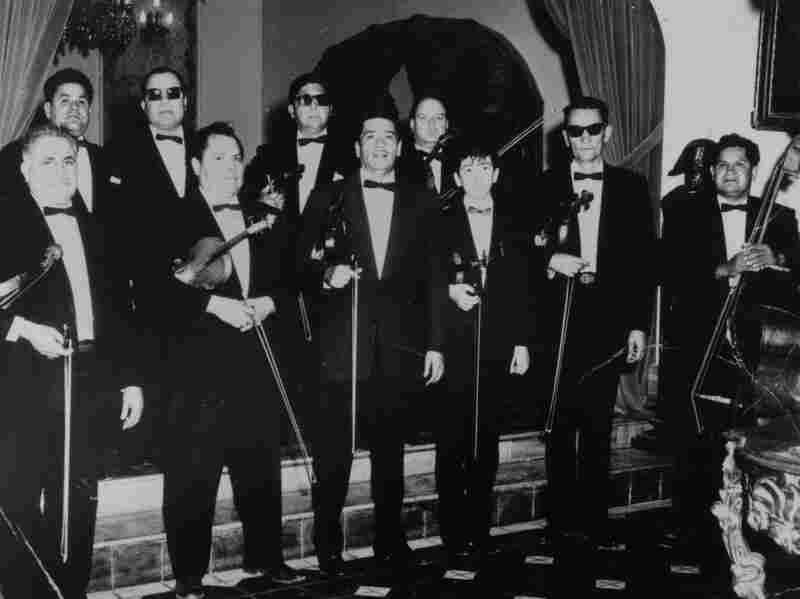 Carlos Santana at one of his first gigs with his father, a 50th anniversary party in Tijuana in 1958. Santana archives hide caption 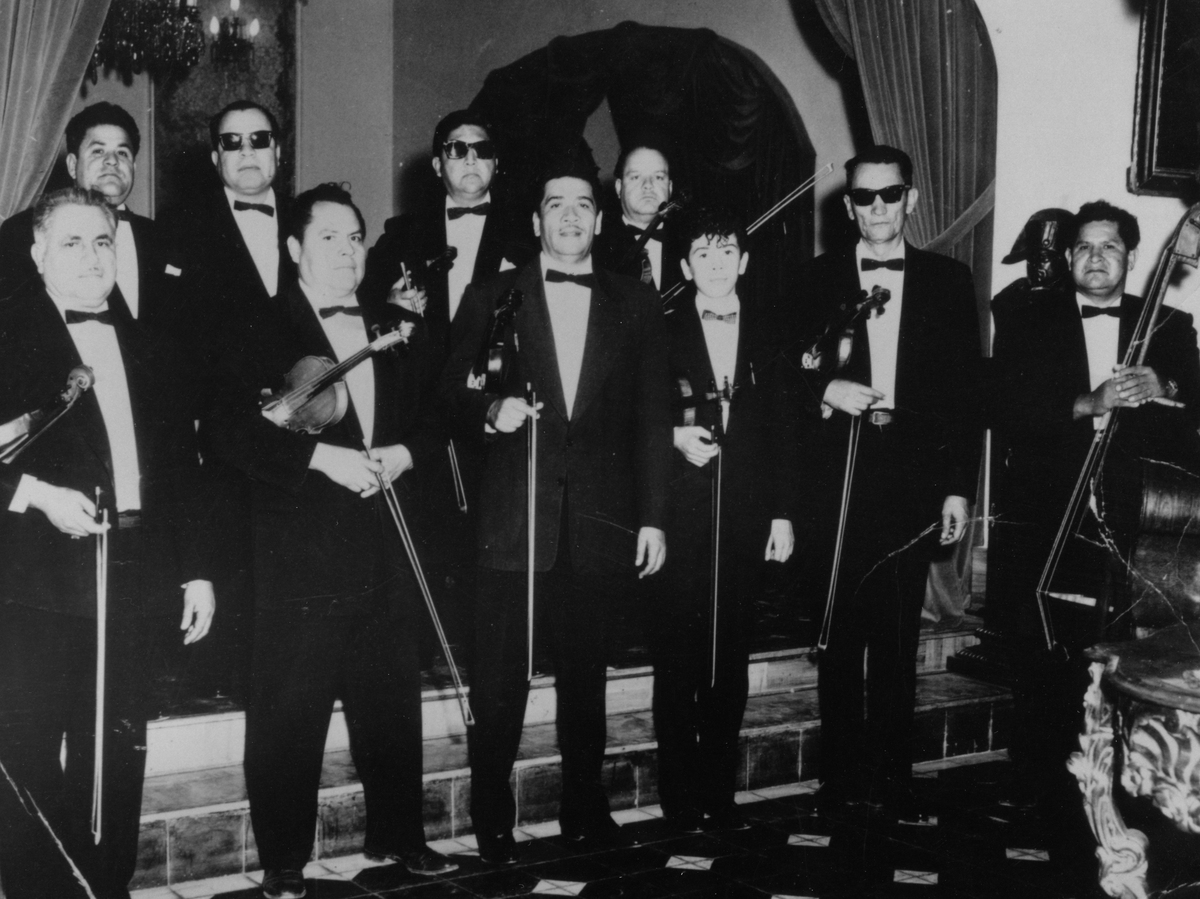 Carlos Santana at one of his first gigs with his father, a 50th anniversary party in Tijuana in 1958.

I'm not Latino, or Spanish; what I am is a child of light. I want this book for people to understand that you don't have to be the Dalai Lama, or the Pope, or Mother Teresa, or Jesus Christ to create blessings and miracles. Keep repeating, 'I am that I am; I am the light.'