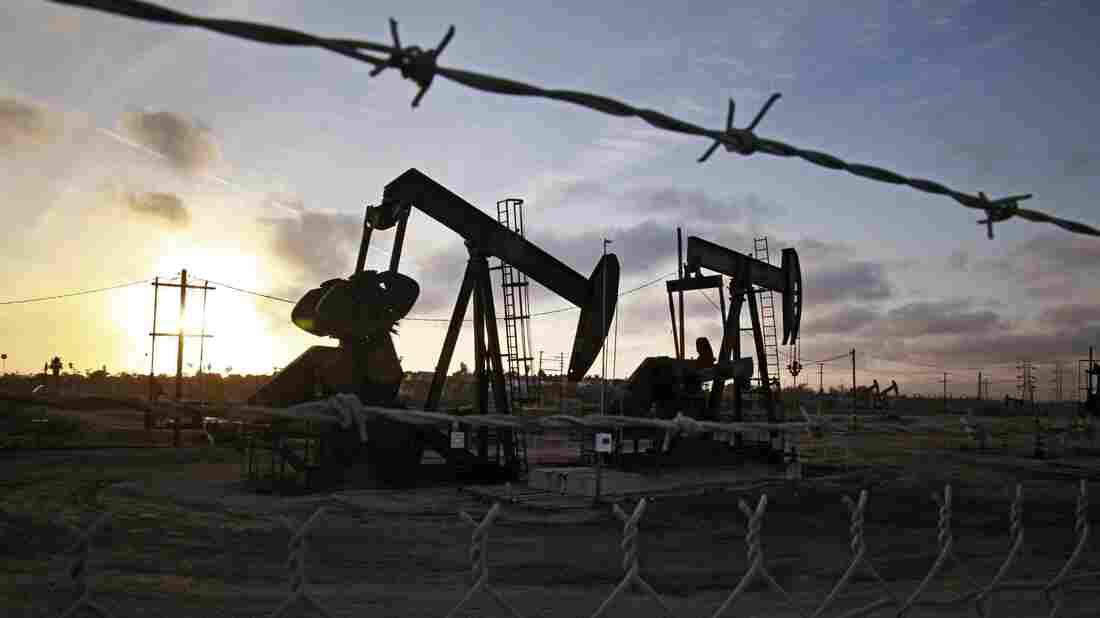 Pumpjacks at the Inglewood oil fields in California in March. Some of the most controversial methods of oil extraction, like fracking, oil sands production and Arctic drilling, are also expensive. That's made them less profitable as the price of oil continues to fall. Richard Vogel/AP hide caption 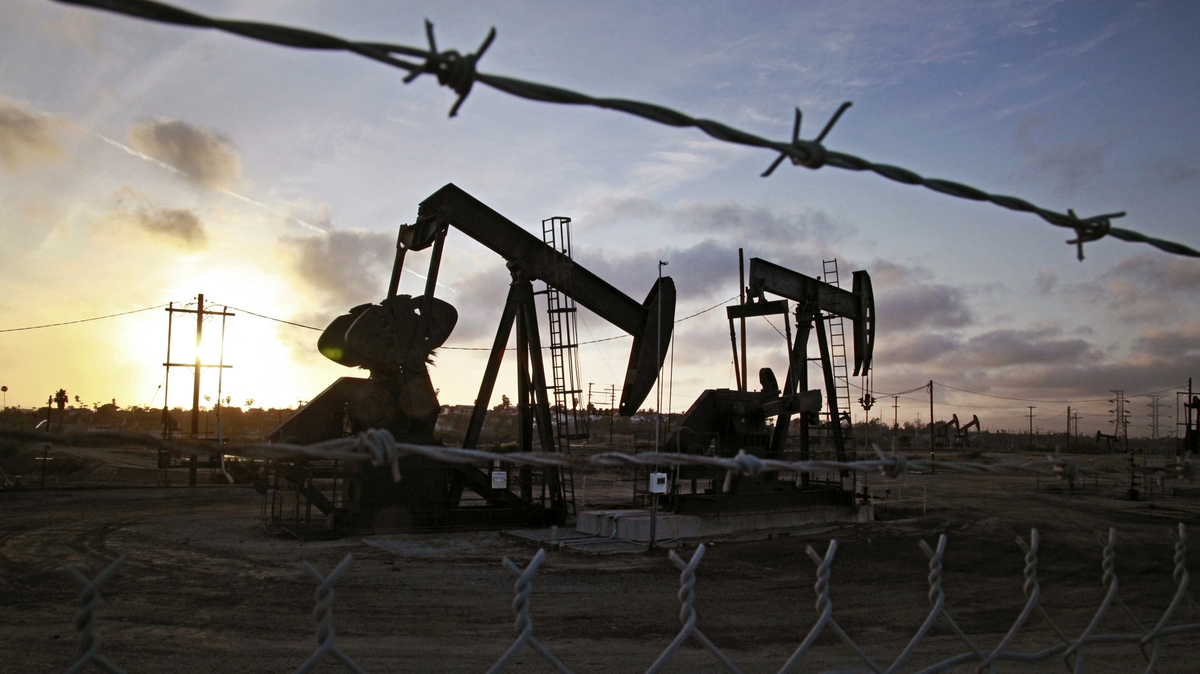 Pumpjacks at the Inglewood oil fields in California in March. Some of the most controversial methods of oil extraction, like fracking, oil sands production and Arctic drilling, are also expensive. That's made them less profitable as the price of oil continues to fall.

Oil prices are down than more than 25 percent since June and are staying low for now. Drivers may appreciate that, but for oil companies, it's making some of the most controversial methods of producing oil less profitable — and in a few cases, unprofitable.

Most of the world's oil is selling for about $80 to $85 a barrel now. But not all oil is created equal. In the Middle East, it's cheaper to produce, at a cost of less than $30 a barrel on average, according to the Norwegian firm Rystad Energy.

But in the Arctic, producing a barrel costs $78 on average. From Canada's oil sands, it's an average of $74 a barrel. And because those are averages, some companies have costs that are higher — which means there could be drillers currently producing crude at a loss.

Here in the U.S., the oil drilling boom is due largely to technologies like hydraulic fracturing, or fracking, used to force oil from shale formations deep underground. Producing this oil, Rystad figures, costs an average of $62 a barrel.

"What is really interesting for the U.S. drillers and producers is how long they are going to continue the high activity levels that they have, now that prices are going down," says Per Magnus Nysveen, head of analysis at Rystad.

Already, some companies are rethinking their plans.

But he also says this isn't a crisis situation for most companies.

"We do not foresee a scenario where prices get so low that we can't cover the cash cost of lifting the barrel," says Pruett. If prices collapsed to 2008 levels, when oil was fetching less than $35 dollars a barrel, drillers might be forced to take more drastic steps like shutting down production. But few are predicting crude will fall that much.

Despite The Dip, Exploration Goes On

You might think a slowdown would be good news to environmental groups concerned about the environmental damage associated with drilling for and burning fossil fuels. But it's more complicated than that.

"If oil is high people will burn less — that's a good a thing," says Jackie Savitz, vice president for U.S. Oceans at Oceana. And if oil prices are low, she says, then companies might drill less, and she thinks that could be good, too.

More important, she says, is that the government create policies that speed the country's transition to renewable energy.

Such policies may affect production in the future, but for now, it's the market that determines if drilling will happen. And the lure of billions of dollars in future profits is hard for energy companies to ignore. Even with lower prices, they are still exploring high-cost environments like the Arctic.

There are a few reasons why companies can justify the cost. Oil prices may rise again, for example, and costs tend to go down after new technologies and forms of production have been around awhile. On top of that, global crude demand continues to rise.

"And that's the reason why companies are making these investments, because they're long-term investments in projects that are expected to provide very large quantities of oil and natural gas for the U.S. economy and for the global economy," says Erik Milito, director of Upstream and Industry Operations for the American Petroleum Institute.

Still, U.S. companies have to keep a close eye on their competitors abroad that can produce oil much more cheaply. That's why, when OPEC meets later this month, a lot of people in the oil business will be watching to see if the cartel will push prices up or down.