Accessibility links
It's Still Too Early For Tanking Oil Prices To Curb U.S. Drilling The U.S. is now the world's largest oil producer, and some worry that falling prices could mean an industry slowdown. But with production costs also falling, drillers are unlikely to cut back soon. 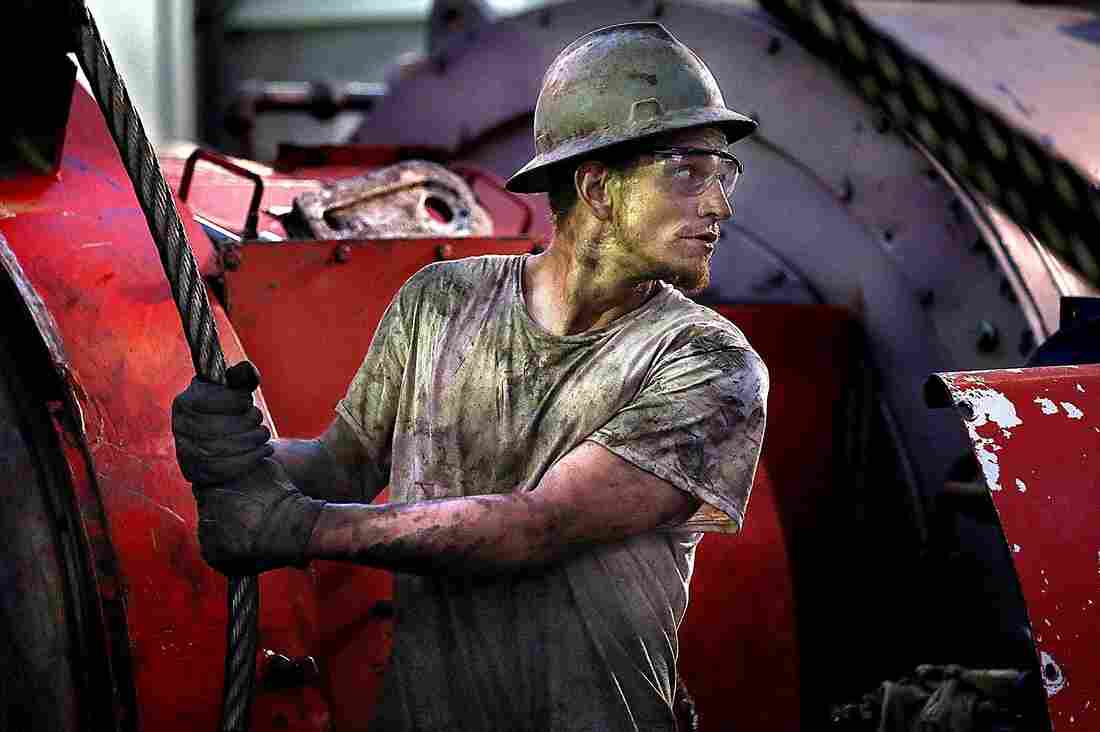 Ray Gerrish repairs a drilling rig near Watford City, N.D. Oil industry analysts predict that oil prices will have to remain low for at least several months before having a significant effect on U.S. production. Jim Gehrz/MCT/Landov hide caption 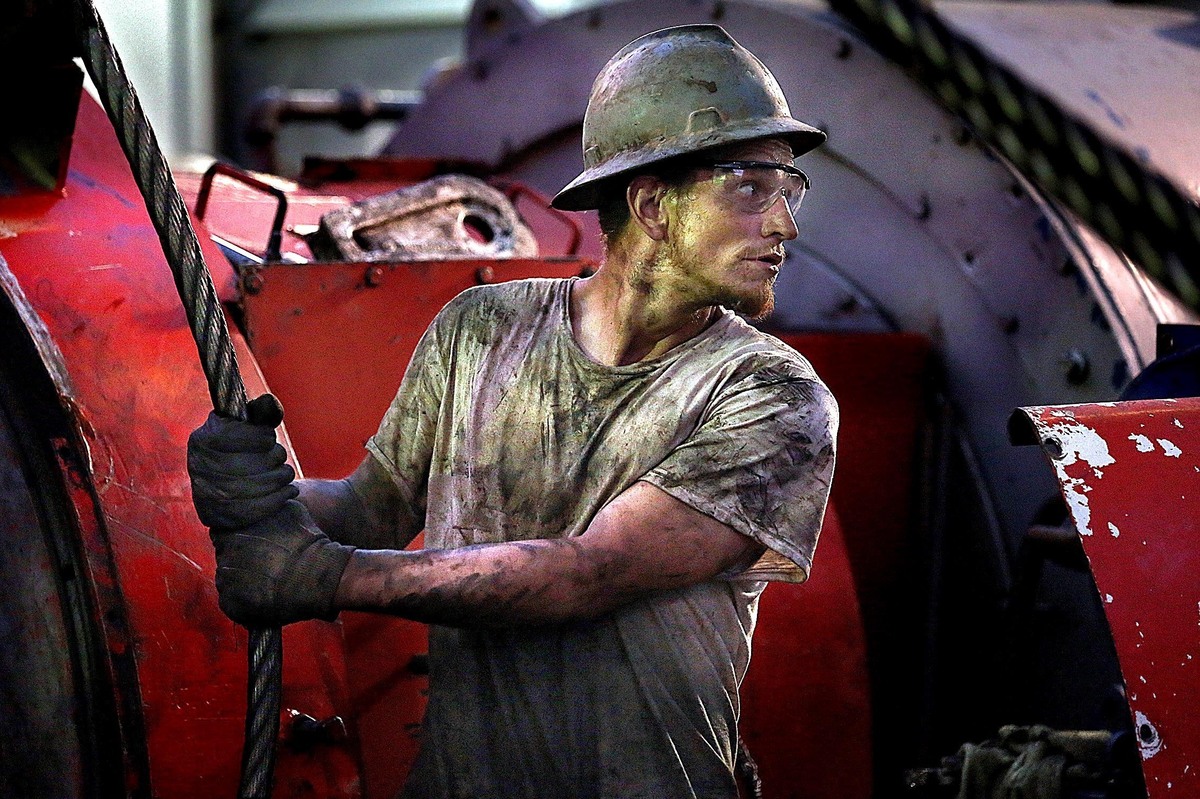 Ray Gerrish repairs a drilling rig near Watford City, N.D. Oil industry analysts predict that oil prices will have to remain low for at least several months before having a significant effect on U.S. production.

Oil prices fell again Tuesday, to just below $76 a barrel before recovering slightly — one day after Saudi Arabia cut prices for the crude it sells in the U.S. market.

During most of the last quarter-century, that would have been viewed as a very positive development for the U.S. economy. But oil production here has increased so quickly in the past several years, the continuing price drops pose a potential threat to U.S. oil producers.

Jason Bordoff, director of the Center on Global Energy Policy at Columbia University, says it's kind of amazing there's now a national conversation about whether a drop in oil prices might be harmful.

"That is not a conversation we would have been having five or 10 years ago, and it just demonstrates how dramatically the U.S. oil production outlook has changed," he says.

The rapid growth in oil production has made the U.S. the world's largest oil producer, largely due to the shale oil boom in North Dakota and Texas. The dramatic increase in drilling activity there has boosted U.S. job growth and the overall economy significantly.

The 25 percent drop in oil prices since June has spawned conspiracy theories that Saudi Arabia and OPEC are driving prices down to force U.S. shale producers to stop drilling. Last week, the OPEC secretary-general said that, with oil at around $80 a barrel, half of all U.S. shale projects would become uneconomic.

Bordoff predicts that prices would have drop below $70 a barrel, and stay there for 6 months or more, to have a significant effect on U.S. production.

Daniel Katzenberg, senior energy analyst at Robert W. Baird & Co., also says he doesn't "expect to see really material slowdowns in activity yet." He thinks oil companies could begin to cut back on drilling if prices were to remain in the current range — around $75 a barrel — until January.

But even with some cutbacks, Katzenberg expects U.S. oil production would continue to grow — just a bit slower. "I don't believe that we are facing another bust at this point," he says.

Up in the booming oil fields of the Bakken formation in North Dakota, Niles Hushka runs an engineering and oil services firm. He says there's little concern about current prices curbing drilling.

"The reason that no one's reacting is that it's pretty normal," he says.

Since drilling began ramping up in the Bakken in 2007, oil has averaged about only $70 a barrel, Hushka says. And, he notes, the cost of production continues to go down. That's because the infrastructure to support the drilling and transporting of oil is now in place, and the technology of fracking oil shale continues to improve.

"I think that OPEC is sadly mistaken," he says. "I think ... in order to discourage production, especially in the Bakken, you're going to be looking at prices down in the $40 range."

And Hushka says there's still lots of room in the system to drive costs down. Several pipelines on the drawing boards, for instance, could reduce transportation expenses for Bakken crude by $7 a barrel, making production there even more competitive.