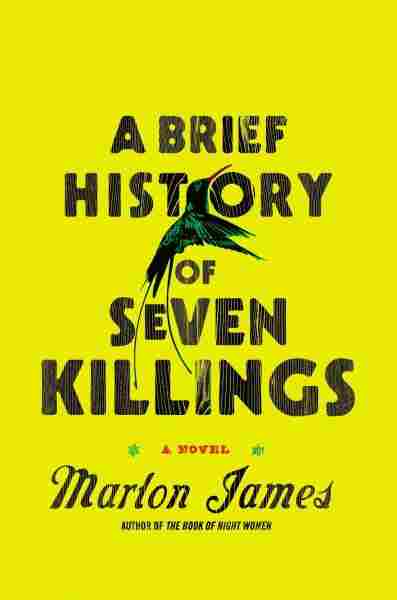 A Brief History of Seven Killings

As much as I wish it were different, Robert Nesta Marley is mainly known in the United States as the front man for smoking pot. Or, as a favorite subject for poster makers, who profit off college students searching for an identity. Students who associate the great dreadlocked one with good vibes.

Most of whom, I'm betting, don't know that Bob Marley and the Wailers were once a lodestar of pop music. Or that Kingston, Jamaica, is as critical a point of reference to contemporary rock as Liverpool or Memphis. It's even less likely they know that Marley was the victim of an assassination attempt in 1976. Two days before he was supposed to play a concert, at a time when streets teemed with political tension, a crew of gunmen barged into the singer's home and started shooting.

Marley, like his music, would survive and flourish. Still, nothing much came to light as to who attacked him, or why.

The Jamaican novelist Marlon James has decided to fill the gap. James' last book, The Book of Night Women won the 2010 Dayton Literary Peace Prize and was a finalist for the National Book Critics Circle Award in fiction. Now, in A Brief History of Seven Killings, he takes the attempted killing of Bob Marley and creates a fiction — half oral history, half political thriller — of events leading up to the attack and far beyond.

Be prepared: it is a busy book. Characters include the would-be assassins, various gang bosses, journalists and CIA officers. There's the ghost of a politician, and an even more ghostly Bob Marley himself, referred to throughout the book simply as "The Singer." Basically it's one life after another impacted by violence, music and politics. All of them stuffed, and I do mean stuffed, into a novel of 700 or so pages, told from over a dozen viewpoints, over the course of 30-odd years.

What makes the book even more ambitious is James' willingness to keep going. After the attack, Marley exiles himself to London. James' story pushes north into Miami and Brooklyn. There, Jamaican drug runners start ruling the crack trade. James also follows after a reporter, who's trying to publish his version of the attack on Marley, plus a bunch of thugs with long memories, exiles living in anonymity and a terrifying drug queen-pin who chews up bad guys for breakfast.

A Brief History is, with dozens of characters and motives, impressively dizzying. Ultimately, it's also a beautiful mess. Each chapter is narrated by a different character, but the structure makes the story too dispersed. And once the narrative moves beyond Kingston, it strangely lacks tension, despite James' efforts to establish bigger stakes.

But I highly recommend you pick it up. As a book of many narrators, this novel reminds me of Roberto Bolano's The Savage Detectives, another shaggy-dog story, though one I loved. A Brief History is a story that makes a reader work. Well, so what? Sure, sometimes figuring out what the heck a character is talking about feels like a contest of will — but when you work out why they feel and think a certain way, you realize: that's literature working. And that's a moment rare enough in any book, let alone one so fun.

Rosecrans Baldwin is the author, most recently, of Paris, I Love You but You're Bringing Me Down.