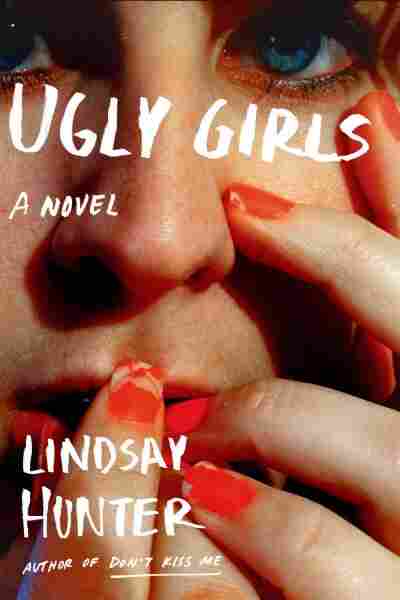 Perry, with her blond hair and long legs, is pretty. Baby Girl, with her shaved head and overdrawn lips, is ugly. Together they steal cars, shoplift, and ditch school — not knowing they are being watched by Jamey, an ex-felon posing as a teenage boy online. The girls begin to realize something is not right with Jamey, and the novel unfolds as you think it might, with flurries of attempted rapes and murders, screaming, vomit, death, and general chaos.

In Ugly Girls, Lindsay Hunter strives for rawness and grit but overshoots into a cartoonish cavalcade of poverty and depravity. Hunter is a flash-fiction writer, and her style might be better suited to short, electric punches rather than a book-length barrage of words, which she doesn't temper or pace.

The novel's characters are a procession of the simultaneously grotesque and pre-packaged, with lines straight out of bad TV: "I seen it all," says the jaded prostitute; "I ain't left the trailer park in years," says the abusive mother; "She's nearly mine," says the internet predator.

The novel's thesis — that everyone is rotten inside — is operatically overstated throughout. One chapter, in which a prison guard hears a fight between prisoners over a deck of playing cards, ends: "It occurred to Jim that it was in a man's nature to fight, to wound. Playing cards sold for a dollar in the commissary. A single dollar." That "A single dollar," with its after school special gravity, is the essence of the book's problem: it shows, it tells, and then it tells again in case you missed it the first time.

It's not the unrelenting misery that prevents this novel from being compelling: a more thoughtful version of Ugly Girls could be harrowing. It's that the parade of misery tropes has little point beyond Baby Girl's mantra: F*** you. Like the girls, it's all snarl, all show.

Hunter's similes, in particular, are routinely chosen for shock value over resonance: "She wondered could she pop the bullets from her chest like you popped a zit." "Her voice [was] like a dog's tongue on its own butthole." Comparisons like these provoke, but don't illuminate.

One interesting choice Hunter makes is that not one but two of the book's women are rapists — but again, that's not particularly well-explored: just another quick stop on the carousel of abuse. And the friendship between the girls, purportedly the heart of the book, isn't really developed outside of envy and cruelty and occasional, fleeting moments of pity for each other.

The book's posture toward the reader seems to be one of sneering confrontation: can you handle this? The thing about teenagers is that they (usually) grow out of provocation for its own sake and I'll-show-you posturing. The novel doesn't ever leave that adolescent stance. If all Hunter wanted to do was shock, she succeeds, but if she wanted to make a larger point, it was lost in all the shouting.

Read an excerpt of Ugly Girls