Accessibility links
Republican Sweep Highlights Climate Change Politics In Alaska GOP Sen. Lisa Murkowski of Alaska is set to head the Energy and Natural Resources Committee. It can be easier for her oil-reliant state to adapt to the changing climate rather than address its causes. 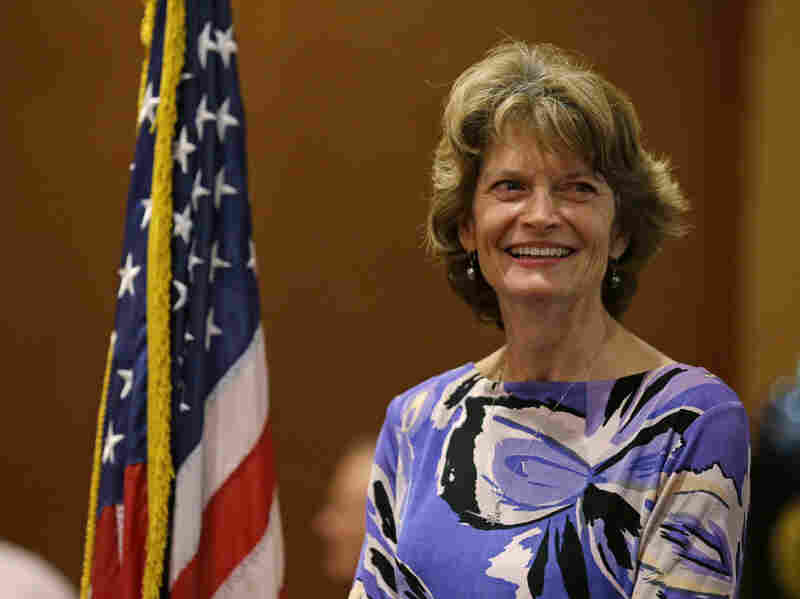 With Republicans' dominance on Election Day, U.S. Sen. Lisa Murkowski from Alaska is on track to be chairman of the Committee on Energy and Natural Resources. Ted S. Warren/AP hide caption 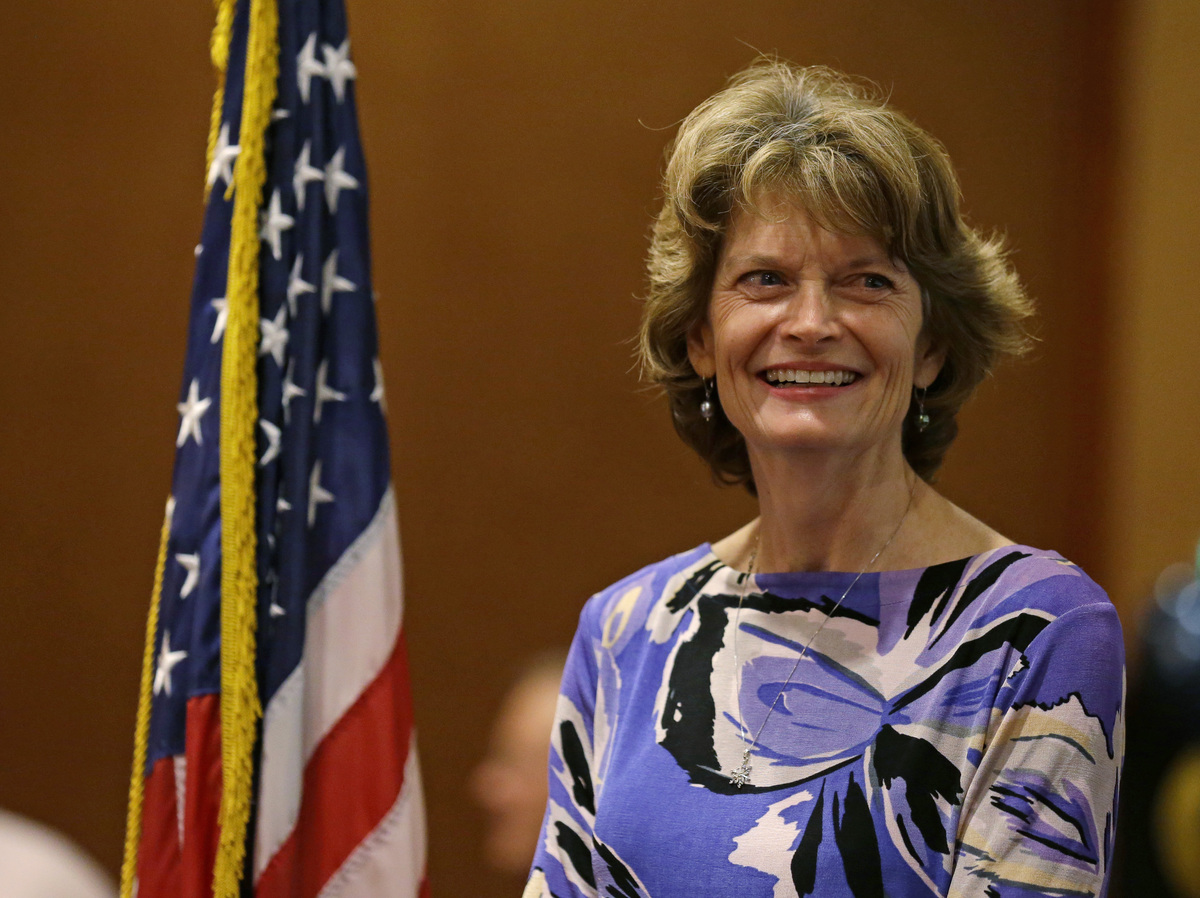 With Republicans' dominance on Election Day, U.S. Sen. Lisa Murkowski from Alaska is on track to be chairman of the Committee on Energy and Natural Resources.

On election night in a hotel ballroom in Anchorage, Alaska, Sen. Lisa Murkowski picked up a chair and waved it over her head.

"I am the chairmaaaaaaaaaaan!" she shouted.

The Republican takeover Tuesday night puts Murkowski in charge of the Senate Committee on Energy and Natural Resources. That's great news for Alaska, which is always eager for the feds to allow more oil drilling up here. But what does her chairmanship mean for the other side of that coin — global warming?

But does she mean we should address the cause of global warming? Hard to say, since she's apparently not so sure what the cause is — or whether mankind is to blame. She mentioned a volcano she had heard about in Iceland.

"What can I say?" wonders Princeton professor Michael Oppenheimer, a leading expert on climate change. "It's simply untrue. I don't know where she gets that number from."

Oppenheimer says it's actually the other way around: Annual emissions from Europe are 10 times bigger than the annual emissions of all volcanoes put together. And he says the argument misses a bigger point: Humans are adding carbon dioxide to what was a balanced system.

"So not only is the number wrong, but the context is highly deceptive," he says.

But casting doubt on mankind's role kind of makes sense in Alaska — a place where the warming itself is becoming too hard to ignore. 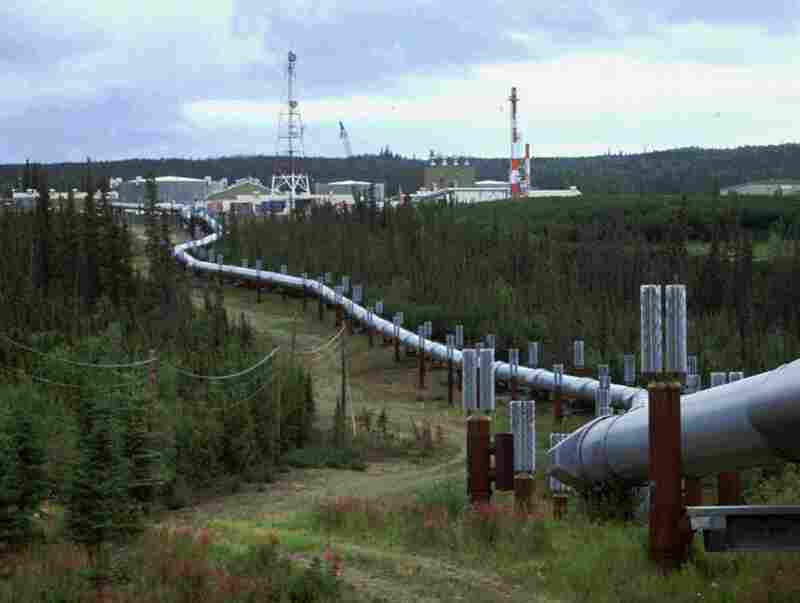 Oil, carried here by the Trans-Alaska Pipeline, is fundamental to the state's economy. But Alaskans also face the effects of climate change in their daily lives. Al Grillo/AP hide caption 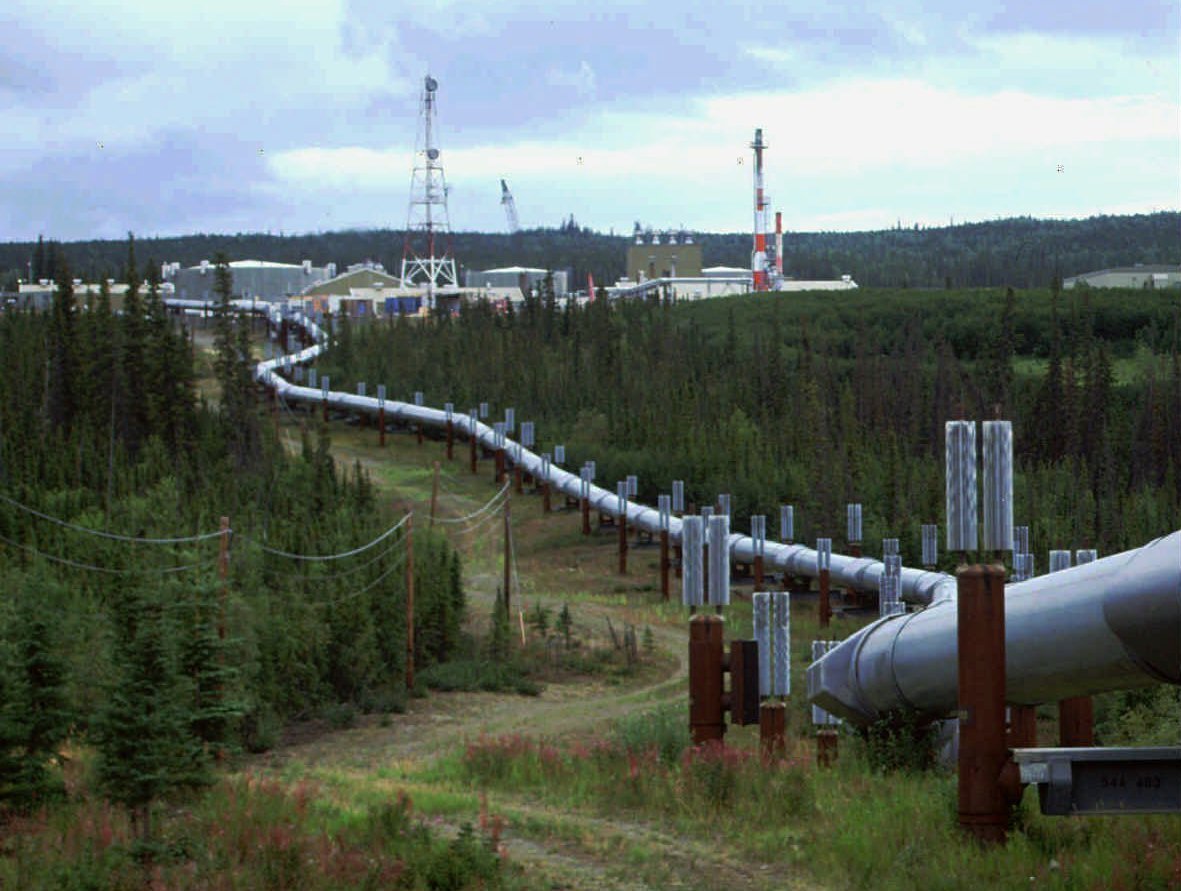 Oil, carried here by the Trans-Alaska Pipeline, is fundamental to the state's economy. But Alaskans also face the effects of climate change in their daily lives.

In the very same hotel where the Republicans had their victory party, there is a climate change conference going on. It's a conference for land managers who are dealing with global warming right now: They're talking about things like what to do when melting permafrost moves your sewer pipes and water runs the wrong way. This isn't a conference about stopping global warming — it's about living with it.

Scientist Scott Rupp of the University of Alaska, Fairbanks admits that Alaskans tend to avoid talking about the cause.

"You know, that's a tough thing for a place like Alaska," he says. "I mean, there's no way of getting around the pragmatic fact that we depend on fossil fuels for the majority of our state budget. We also experience the highest energy prices anywhere in the country."

Rupp says talking about the cause politicizes things.

"But if we stick to the impact part of things, which is part of the equation of living in Alaska — and has been for 10, 20 years now — you can kind of side-step that," he adds.

On the forefront of global warming, Alaska and its politicians have settled into a kind of acceptance. Instead of arguing about causes, they've decided to concentrate on trying to adapt.