Accessibility links
10 Years After Battle For Fallujah, Marines Reflect On 'Iconic Fight' The six-week battle to retake the city from insurgents was the fiercest during the Iraq War. Almost 100 Americans died; 600 others were injured. Veterans commemorated the anniversary on Friday. 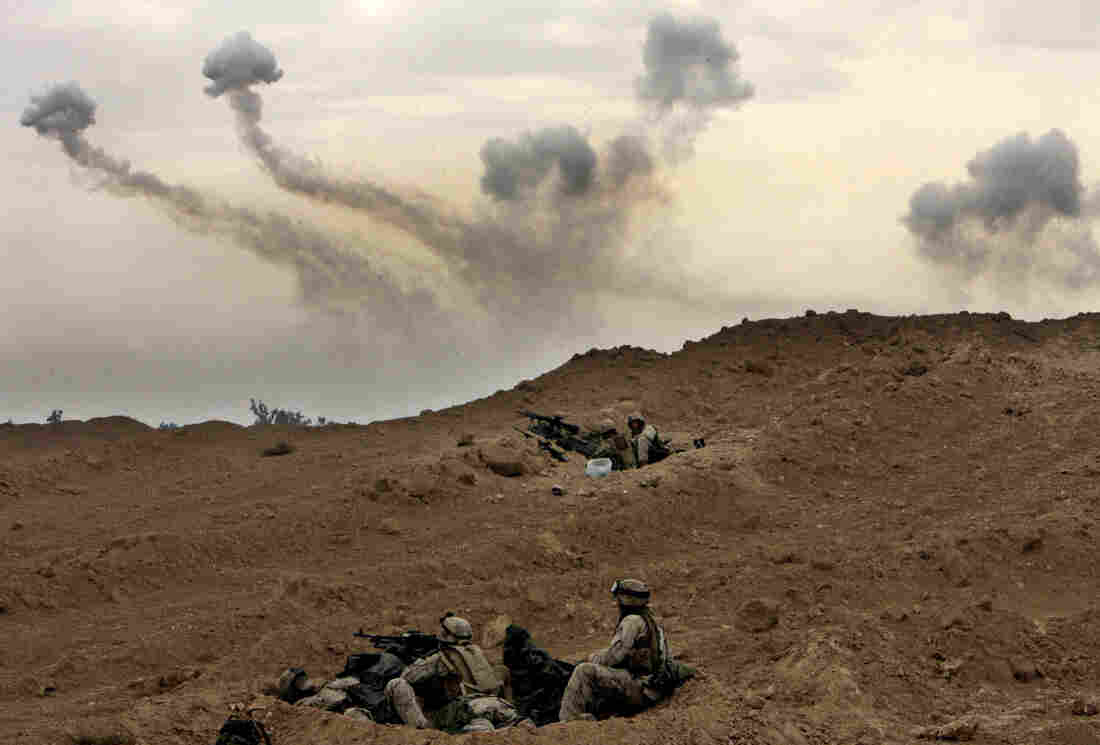 U.S. Marines take position on the outskirts of Fallujah, Iraq, at the start of a major operation to combat insurgents in the city, on Nov. 8, 2004. Anja Niedringhaus/AP hide caption 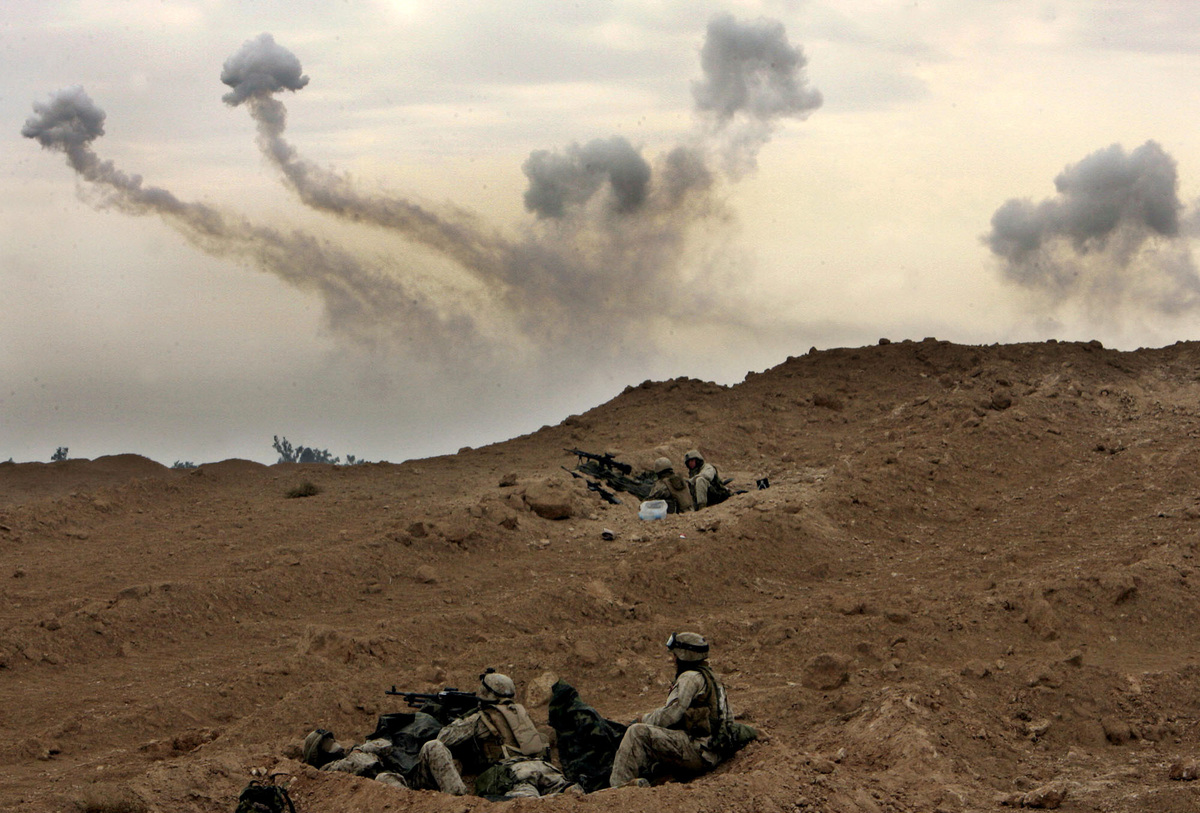 U.S. Marines take position on the outskirts of Fallujah, Iraq, at the start of a major operation to combat insurgents in the city, on Nov. 8, 2004.

NPR — along with seven public radio stations around the country — is chronicling the lives of America's troops where they live. We're calling the project "Back at Base." This is the first installment of the ongoing series.

Even 10 years after the battle for Fallujah, it's hard for Marine Master Gunnery Sgt. Torain Kelley to talk about some things that happened. 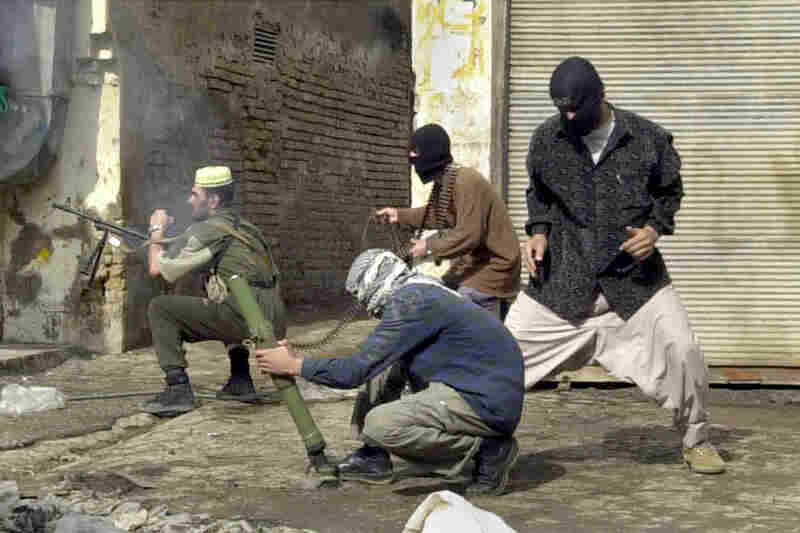 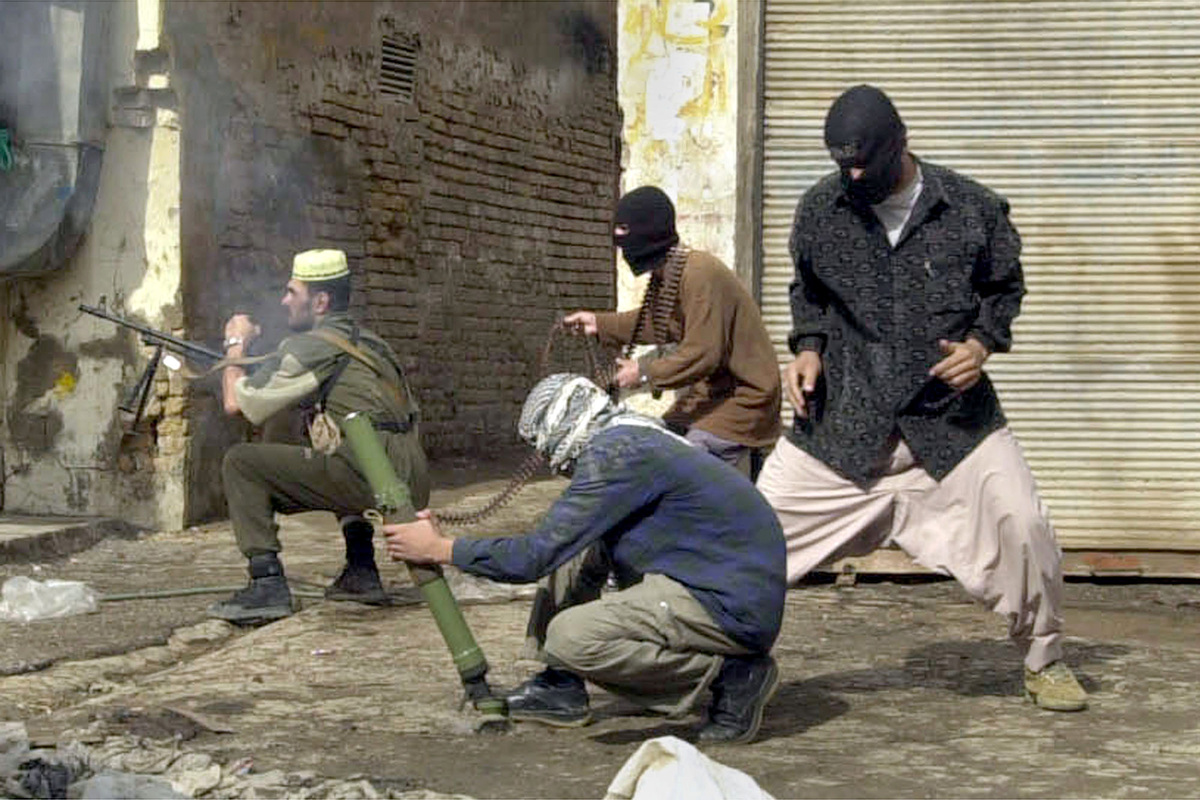 "We had people shooting at us from up [on] the rooftops, from the houses, from the sewers or wherever they could take a shot at us from," he says.

The six-week battle was the fiercest during the Iraq War and the deadliest urban combat for the Marines since Vietnam. Almost 100 Americans died; 600 others were injured. Eight troops who fought in the battle received the Navy Cross, the military's second-highest award for valor in combat.

Kelley was one of 6,000 Marines from Camp Pendleton in California who went to Fallujah. Their mission: root out insurgents house by house, block by block. It was the second time Marines entered Fallujah that year. In the spring, days after four American contractors were killed, their bodies strung up on a bridge, the Marines went in to clear the city of insurgents. They withdrew after a month of fighting, then re-entered in November.

[The battle for Fallujah] will become an iconic fight that will be studied, I think, by military leaders for a century.

In the months between those battles, insurgents regrouped. They planted explosives, stockpiled weapons and dug elaborate tunnels for hideouts. That was what Marines like Kelley and other U.S. forces and coalition troops walked into.

"You had to be smart, you had to be thinking on your feet the whole time, and at the same time, have control to not pull that trigger on an innocent," Kelley says, "'cause you still had innocent people running around the city, so you had to be really careful." 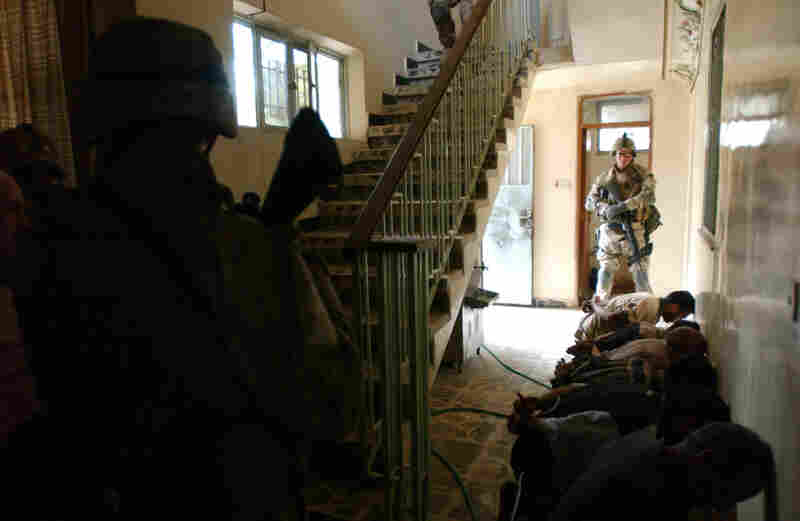 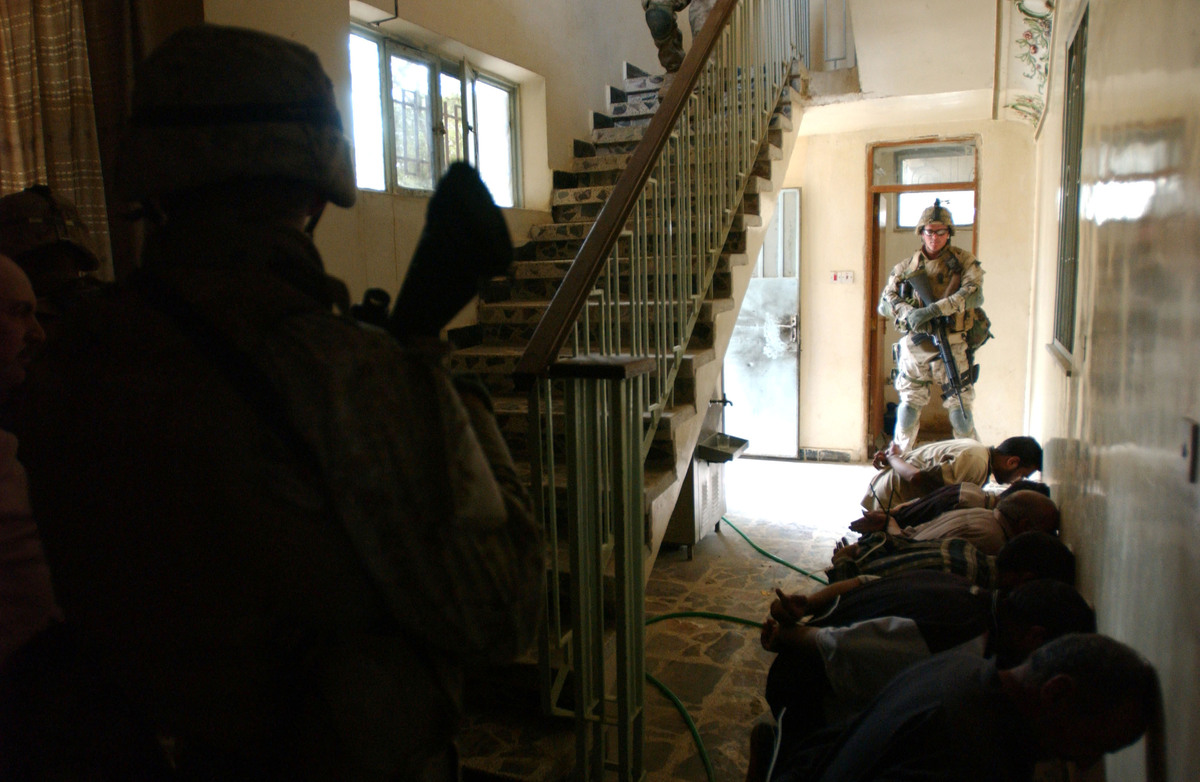 U.S. Marines guard arrested Iraqi men as they search a house in Fallujah during an offensive.

At one point, a rocket-propelled grenade hit Kelley's Humvee. He and five others were injured. The Marines eventually took control of Fallujah and secured the region through 2010. Maj. Gen. Lawrence Nicholson, who commands the 1st Marine Division now, says the fight for Fallujah is just as notable as famous World War II battles in Iwo Jima and Guadalcanal.

"This will become an iconic fight that will be studied, I think, by military leaders for a century," he says. "There were so many positive aspects of how this fight occurred that I think need to be remembered."

But now Nicholson is disappointed. After the Marines left in 2010, the Iraqi government took over security in Fallujah. Today, the Islamic State has captured the city.

"Our tagline for this has always been: We did our job, we did it well and we'll just leave it at that," he says.

Veterans are gathering at Camp Pendleton on Friday to commemorate the 10-year anniversary of the battle. Nicholson says it's an important way to honor those who served and those who died. He hopes the reunion will bring healing and renewed friendships.

"We're going to have guys out here who haven't seen each other in 10 years. And you know, that's going to be pretty emotional," he says. "There will be teammates that the last time they probably saw each other was in Fallujah."