Accessibility links
A Challenge To The New Congress: Fix Stagnant Wages The 2014 election's over, but NPR's Linda Wertheimer says we should still be talking politics, every week. Specifically, she hopes lawmakers will come together to do something about wage stagnation. 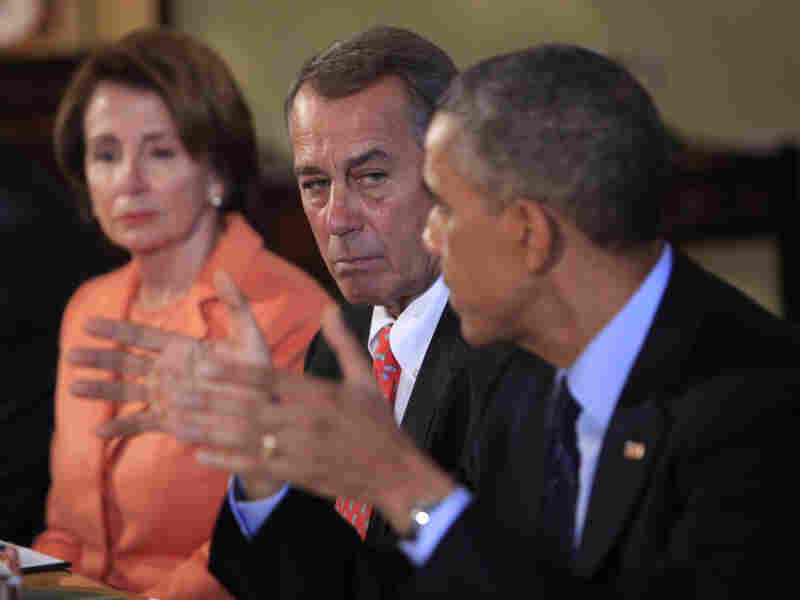 Speaker of the House John Boehner looks on as President Barack Obama meets with bipartisian congressional leaders at the White House on the results of this week's elections. Getty Images hide caption 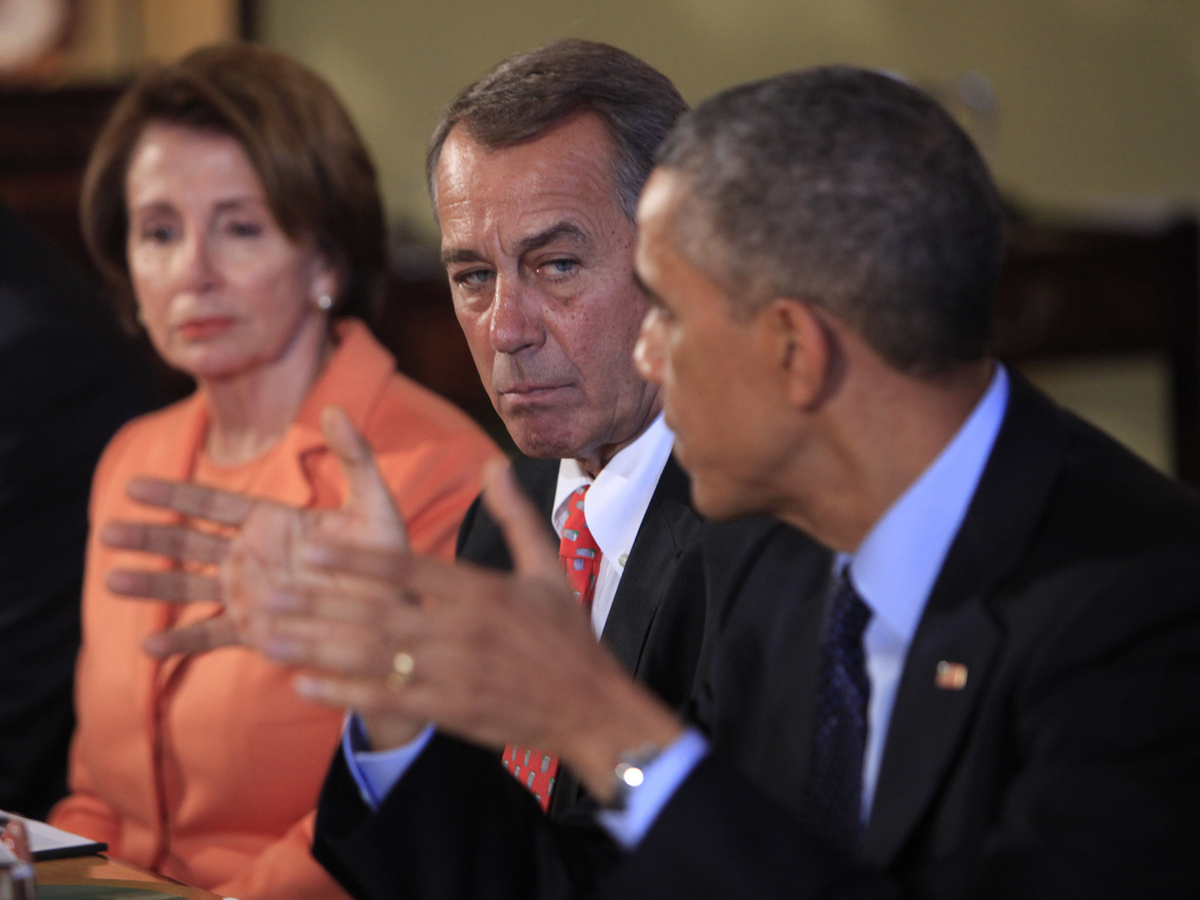 Speaker of the House John Boehner looks on as President Barack Obama meets with bipartisian congressional leaders at the White House on the results of this week's elections.

One of my favorite arguments — and one I've had in just about every even numbered year since the seventies — is about when to stop talking about politics. A surprising number of people think that since elections are on Tuesday, by Saturday all that can be said has been said, and nothing more should be said.

We've just done it again — played another round in our biennial ping pong match in which we deliver a stinging rebuke to people in power, vote lots of the other guys into office, and then two or sometimes four years later, we send another strong message — "you weren't listening" — deliver a serious blow to the new guys, and vote the others back. And, as discouraged citizens repeatedly tell reporters, nothing changes.

In fact, the debate does change, the issues and the emphasis do change. The stories covered in the news change as the new leaders put their party's gloss on events and how to respond. As we know, there are major differences on big issues: immigration, taxes, trade, and health insurance.

But those policy debates, while important, seem to be removed from the daily lives of American citizens.

Something that's very big in those daily lives has not changed for a very long time, and that is income. Wages have been stagnant for years, decades. So when politicians and analysts tell us that unemployment is down, jobs are up and the stock market is going up and down but mostly up — when we hear numbers that say the economy is improving, too many Americans still say, "not my economy."

Common sense would seem to dictate that if there are ways to restore prosperity, good jobs and bigger paychecks to all these good hard working people, our leaders should talk. They should confer and consult and maybe even compromise — maybe deliver at least some of what voters want.

We've heard from leaders that they plan to talk and look for common ground. Now, we wait for a couple of years and see if this time they really mean it.