Accessibility links
About The Time Shonda Rhimes Gave Me A Christmas Cat Intervention 'Tis the season for Hallmark movies, and sometimes nothing is quite as good for emptying the brain. Until you get called out on Twitter. 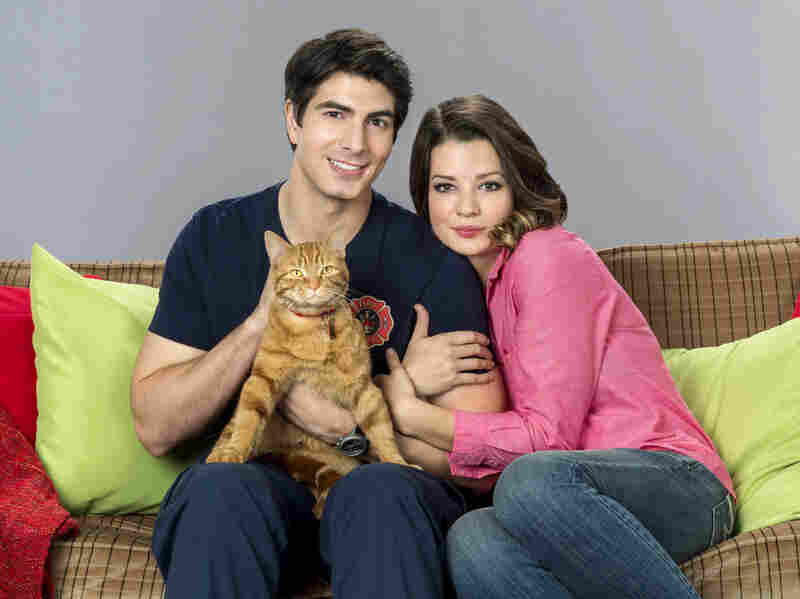 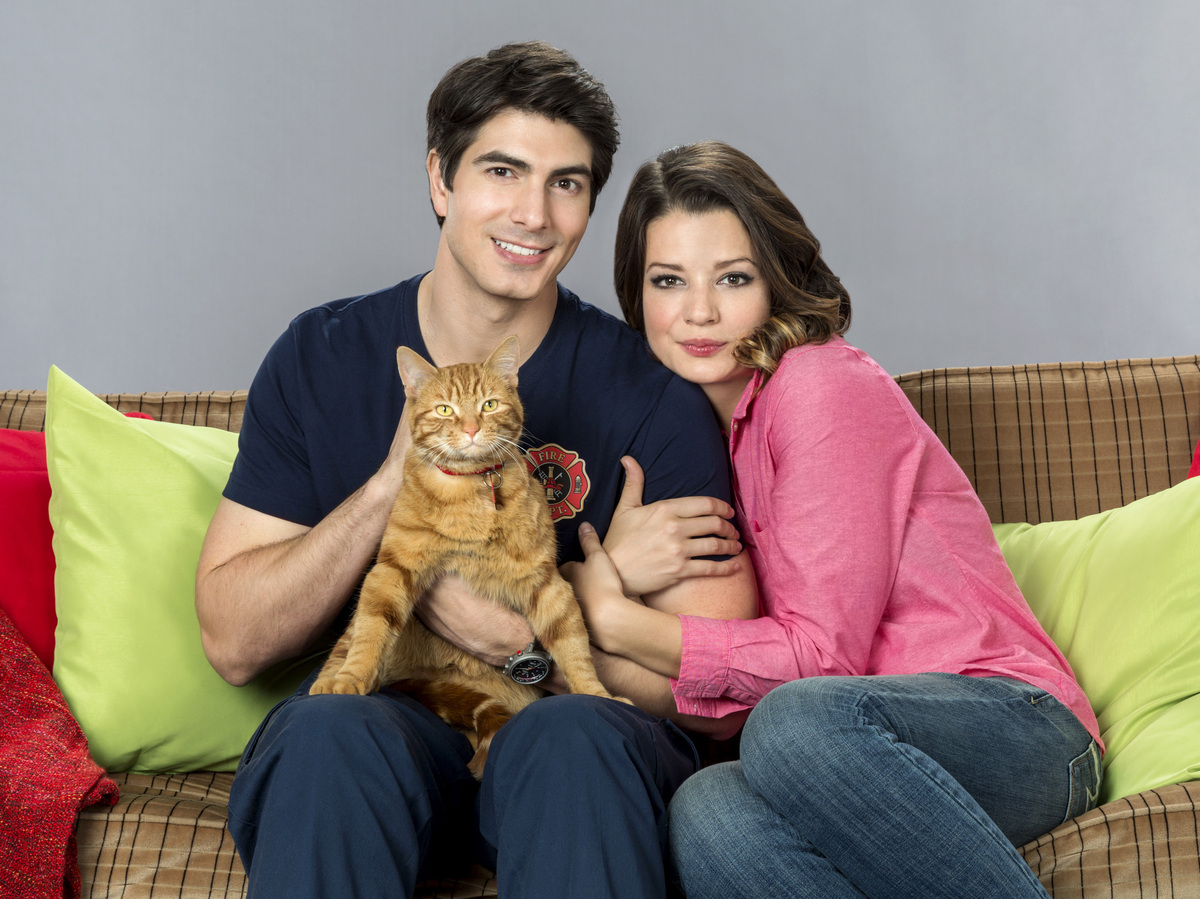 People who have been reading the blog for a while — let alone following me on Twitter for a while — know that I have this thing about Hallmark movies.

I'm not proud of it, but I'm also not particularly embarrassed by it; it is my white noise, occasionally on in the background while I'm doing the dishes or sorting mail or folding laundry. I regret nothing!

And as you may know, the whole thing is cranked up to Santa's Workshop when it gets to ... well, the beginning of November. (I am convinced that Hallmark, which also does a "Christmas In July" thing where they run their holiday movies, will gradually make both its actual holiday season and its stunt holiday season longer and longer until they merge into one gigantic, sticky, peppermint-scented Christmas movie that can run 365 days a year. I cannot tell you what the plot will be, but Alan Thicke will star as the mayor. Of something.)

The weird thing — the thing about which no one believes me, because why would they? -- is that these movies actually vary wildly in quality. Much depends on the casting; there was one that featured an actress so chirpy that I immediately turned it off, because I could not take her seriously in any dramatic situation not involving animated chipmunks. Some of the guys are appealing; some of them are seemingly made of wax.

It is a precision manufacturing operation, which can yield a result that's either pretty charming or pretty much about Haylie Duff running a year-round small-town Christmas hat store that somehow lasted until 2013 before becoming an unstable business model. Some of the conflicts are pretty relatable, involving fear of rejection and the tension between stability and adventure, and some of them are like the one in the movie that ran Sunday night, called A Cookie Cutter Christmas, which hinged on a terrible moment when it seemed like the lady liked the guy only for his cookie recipe that she stole to win a bake-off against her mortal enemy.

It was a false alarm. She came up with her own cookie recipe and won fair and square. And then they kissed. Where was I?

The one they showed on Saturday night was called The Nine Lives Of Christmas, and it opened with such a blatantly Hallmark-y idea that I could not say no: "A confirmed bachelor adopts a stray cat." There's more, but isn't that enough? I immediately thought, "SOLD!", which you can tell from the fact that that's what I tweeted. Not only that, but the guy who is adopting the cat (1) is a firefighter, and (2) was being played by actual actor Brandon Routh, one-time Superman and charming part of likable projects including Chuck and Scott Pilgrim Vs. The World.

Tonight on Hallmark: THE NINE LIVES OF CHRISTMAS. The description begins, "A confirmed bachelor adopts a stray cat." SOLD.

It's also based on a book, which may be why it didn't play quite as much like it was done with the same magnetic poetry kit (key words: "BAKERY" "TREE" "MIX-UP" "CORPORATE JOB" "DREAM" "GRAMPS" "STORE") as the other ones. (Okay, it's a book about a cat who tries to intervene in a guy's love life in order to cheat death, but are we nitpicking Christmas literature or are we watching a movie? We are watching a movie.)

By the way, if you are wondering whether Hallmark has any apparent awareness of the connotations many people attach to the specific words "confirmed bachelor," I can assure you they do not seem to. These movies take place in perhaps the straightest world in the world. (Also the whitest. You would not want to think of these movies as representative of anything except the friendly locals currently kicking it in imaginary Smallbudgettown, USA.)

At any rate, I'd had work obligations both Friday night and much of Saturday, so it was a good time to pull a blanket over me, turn my brain off, and relax with a guy who looks like Superman and a lady who appeared in Baby Sellers with Kirstie Alley.

OR SO I THOUGHT.

THIS IS AN INTERVENTION: @nprmonkeysee I just took a glance at Twitter. I'm worried about you now. DO NOT WATCH CAT ADOPTING MOVIES.

Now, look. I feel like I must explain myself!

I have had Ms. Shonda Rhimes tell me to my face that she does not believe in guilty pleasures except perhaps for reality television. I know she does not expect me to feel bad. In fact, I know this is intended to help me. In fact, I choose to take this as an intervention on a cat basis, in that she was fearful that if I watched the cat-adopting movie, I would wind up adopting a cat. Or several cats. Or a house full of cats, and then I would become another whole kind of problem. Fortunately, I am not allowed cats in my present living situation, and was thus immune to its charms, even though it must be said: the cat was really cute.

Okay, I might do that last one. None of the other ones, though!