In 'The Homesman,' A Most Unromantic American West

In 'The Homesman,' A Most Unromantic American West 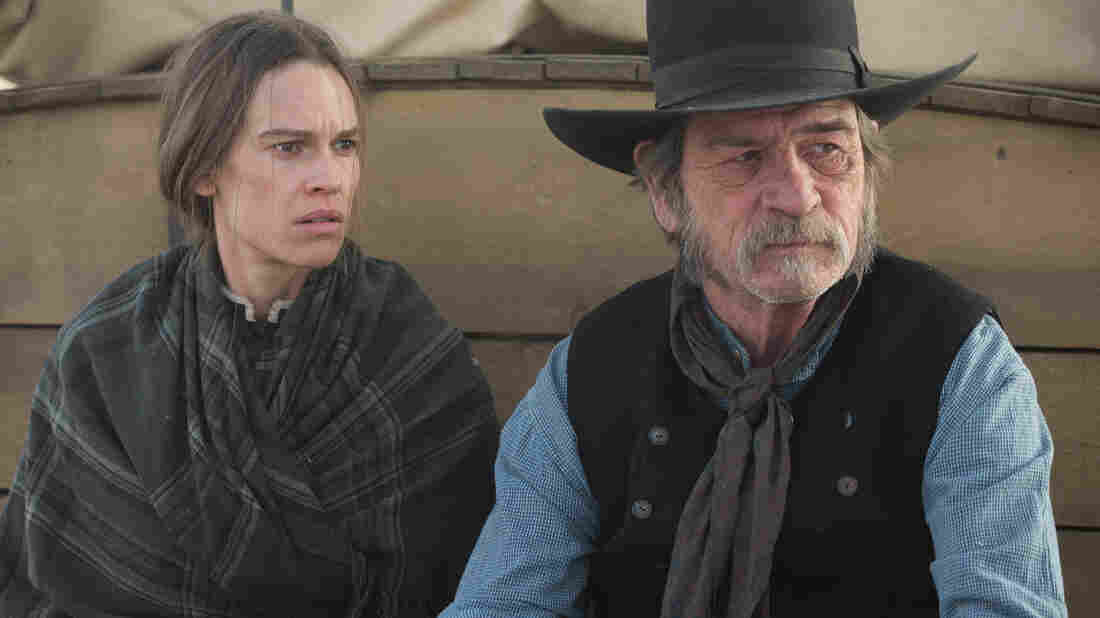 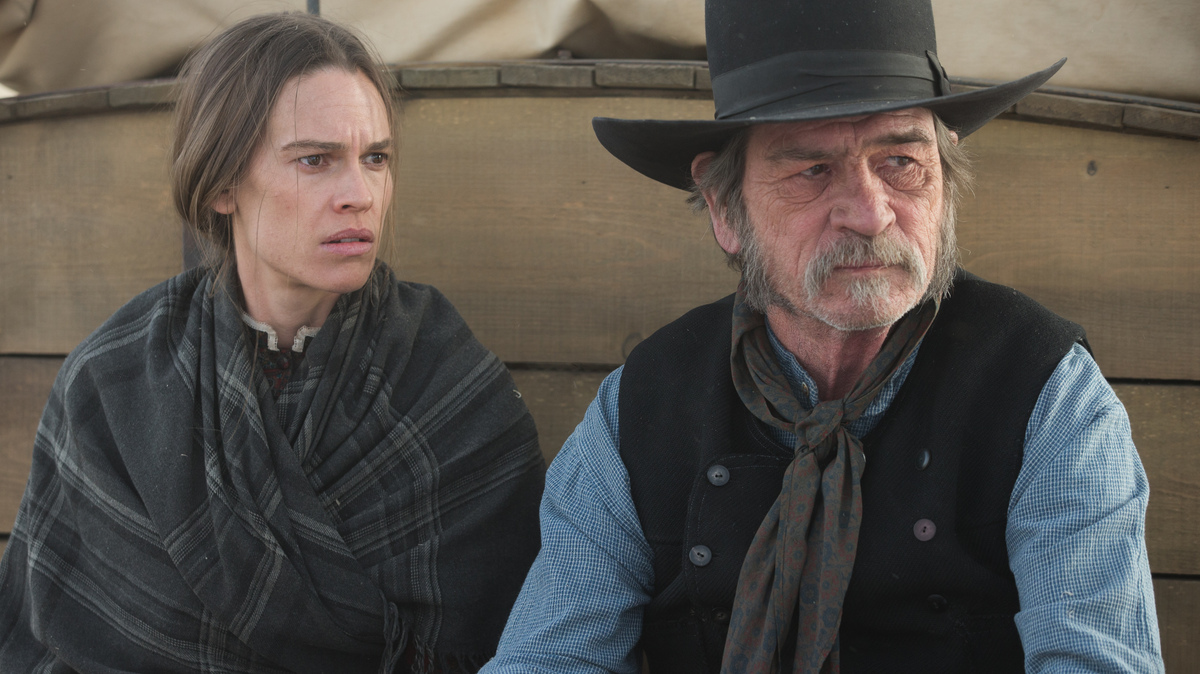 Hilary Swank and Tommy Lee Jones in The Homesman.

Hilary Swank is a real looker in ways that tend not to get her cast in what the industry is pleased to call "women's pictures." She has seized the day to snag all manner of bracingly offbeat roles, the latest being Mary Bee Cuddy, a bonneted Nebraska frontierswoman in The Homesman who keeps repeating that she's "plain as an old tin pail," a slur thrown her way by a heedless neighbor. No one wants to marry Mary, even though she's smart, resourceful, cultivated and — like many who have suffered hurt early and often — endlessly kind. Volunteering to chaperone to Iowa three young wives devastated by the loss of multiple babies to disease, Mary dragoons George Briggs (Tommy Lee Jones), a feckless claim jumper spectacularly down on his luck, into joining their perilous journey through the arid plains. If you think Briggs is ripe for third-act personal growth brought on by a good woman, watch this space.

The Homesman is directed and co-adapted (with Kieran Fitzgerald and Wesley A. Oliver) by Jones from a 1988 novel by Glendon Swarthout whose option moldered on a Hollywood shelf when neither Sam Shepard nor Paul Newman could get it made. The movie belongs to a burgeoning, highly aestheticized sub-genre — There Will be Blood, No Country for Old Men, True Grit and Jones' The Three Burials of Melquiades Estrada spring to mind — devoted to sucking the romance out of every last myth of the American West.

Here, too, the frontier is the place where civilization goes to die. But for all its laddish title, The Homesman may be the first to retool this terrain into an arena that drove women to insanity. For a while at least, this is Mary Bee Cuddy's movie, and in her universe, diphtheria and white dudes run amok pose a more lethal threat than do snakes, burning hot days and freezing nights, or dispossessed Native Americans put together. She rises to most occasions, because no one else will.

Deprived of their babies, misused and misunderstood by cruel or clueless husbands, Mary's young charges, played by Miranda Otto, Sonja Richter and Grace Gummer have lost their minds and must be lashed to the covered wagon to keep them from wandering off or attacking each other. Briggs is their reluctant security guard, Mary their ministering angel and fixer. A tenuous bond develops between this unlikely pair, until Mary's hunger for fulfillment triggers a chain of shocks and a usefully jarring shift in point of view.

Ravishingly photographed by the versatile Mexican cinematographer Rodrigo Prieto (The Wolf of Wall Street, Argo), The Homesman joins a stark, stripped-down beauty to a languid pace and a spare soundtrack to create an ambience that reeks of loneliness and alienation. Flashbacks flow unannounced in and out of the present, heightening an anarchic, ubiquitous unease. As for Briggs, he's a magnet for erupting violence and mayhem; spurned by the owner of a posh hostelry (James Spader, wonderfully snooty), he casually exacts a revenge that might blanch the cheeks of Javier Bardem.

You might call the kicky ending of The Homesman a test of the limits of personal transformation. Briggs may or may not be altered for the better by his association with Mary Cuddy. Heroism as traditionally defined is practiced by women here, though it goes unrewarded to say the least. Jones has said, somewhat enigmatically, that he sees in The Homesman's women "the origin of the female condition today." When you see what becomes of Mary, this might give you pause, and I'd hesitate to call the film a bright new day for feminism.

Yet tucked into the final scenes is a young candidate, played by True Grit's Hailee Steinfeld, for a more hopeful future. She has never met Mary Bee, but Briggs sees in her a serene independence of spirit that moves him to tell her, "You are the living, breathing reason she will never be lost." Don't be fooled into expecting "Good night, John-Boy," though.