The Slow-Talking 'Foxcatcher' Goes Long And Comes Up Short

The Slow-Talking 'Foxcatcher' Goes Long And Comes Up Short 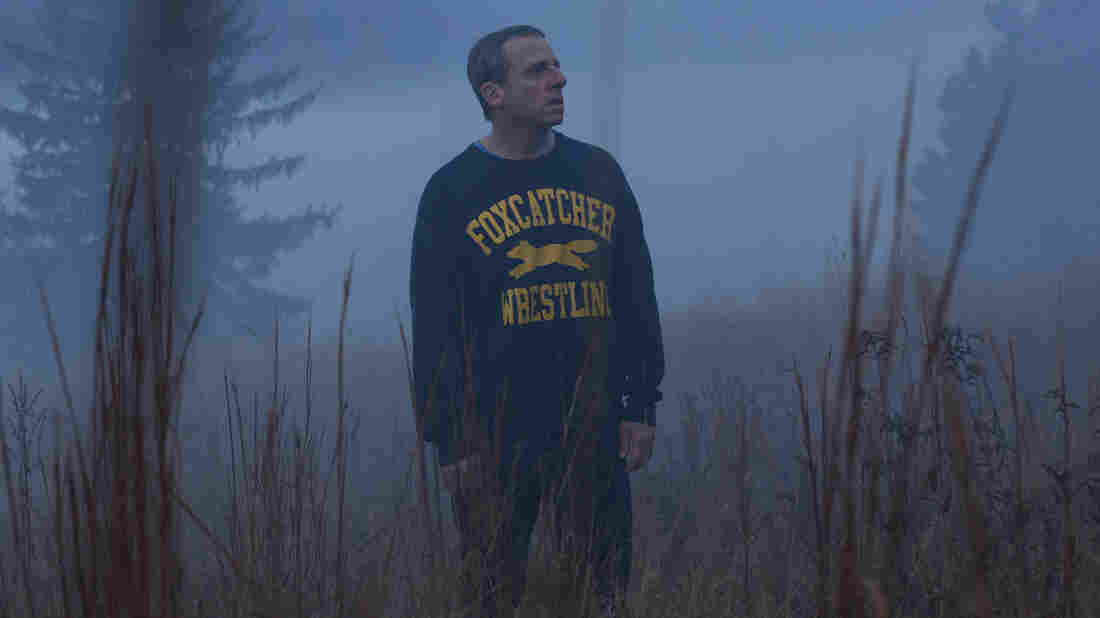 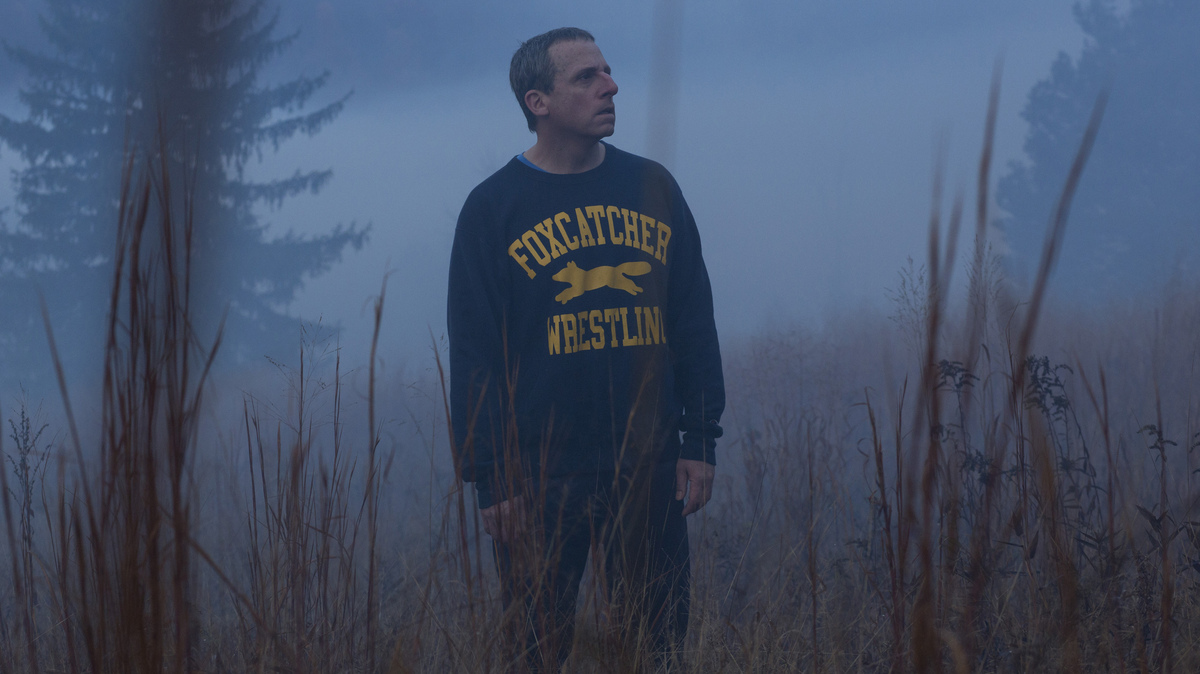 The rich are different from you and me. They talk more slowly.

Speaking ... like ... this isn't the entire extent of Steve Carell's impersonation of John du Pont in Foxcatcher, which fictionalizes an odd case from the 1990s. The actor is also outfitted with a prosthetic nose that recalls the beak of his cartoon alter ego, Despicable Me's Gru.

"Most of my friends will call me 'Eagle,' or 'Golden Eagle,' " John claims, but he looks more a sedated canary.

The resemblance to Gru suggests that director Bennett Miller's third feature was meant to be a comedy. But it isn't much of one, unless the movie's self-important solemnity is itself the joke.

The depiction of du Pont's theatrical patriotism does skirt the edge of satire, however clumsily. And scripters E. Max Frye and Dan Futterman have compressed the story to move more of the action to the second Reagan administration, so as to emphasize the morning-after-in-America vibe. But the story says nothing more than "rich guys are creepy," a moral that is somewhat less than sharply honed.

John loves guns — he's about to buy a tank — and wrestling. He hates horses, the passion of his mother (an impeccable but fleetingly employed Vanessa Redgrave). She has damaged him, apparently, by not encouraging his sweaty dreams. To judge by this account of their relationship, though, mom was remarkably forbearing not to have just disowned him.

The story begins after the 1984 Olympics, where beefy Mark Schultz (Channing Tatum) and his smarter, smaller brother Dave (Mark Ruffalo) both won gold. Dave has a wife (Sienna Miller), a family and a college coaching job. Mark has, roughly, nothing.

That makes him an easy mark for du Pont, who imagines himself a wrestling coach and has built a platinum-plated training facility at Foxcatcher, his estate near Valley Forge. Mark signs up immediately, but Dave declines.

Mark becomes John's Platonic boy toy, feted as a champion while being encouraged to adopt behaviors that will likely lead to defeat. Eventually, the second brother will move to Foxcatcher, which bolsters the movie, since Ruffalo is always a lively presence. Dave's decision will end in an exceptionally ponderous catastrophe.

But then everything is ponderous in this parable, which matches the slow-witted Mark with the seemingly 'luded-up John. When the movie eventually reveals that one of the millionaire's indulgences is cocaine, you just won't believe it.

John's existence could hardly be less energized, as the filmmakers stress by mixing all the colors with large quantities of gray. Dreary Pennsylvania mists drift across the du Pont estate while Mychael Danna duels with Arvo Part to see which can provide the more funereal music. (It's a tie.)

Foxcatcher combines elements of Miller's previous films — Capote's homoeroticism and true-crime melodrama meet Moneyball's celebration of the underdog and contemplation of sports as a business proposition. But those movies focused on smart, articulate men whose goals, intriguingly, mingled the noble and the crass. John du Pont is a void whose patter, when he rouses himself to say something, isn't remotely interesting. His friends, if he had any, might call him a golden waste of time.

Time, in fact, is Miller's primary weapon. Punishingly long, the movie insists that viewers spend more than two over-deliberate hours with a man whose pathology could be sketched in a few minutes. In sports, what Foxcatcher does is called "running out the clock."