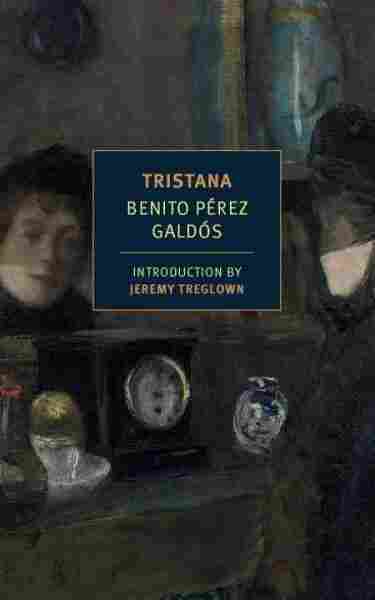 History and literature are fraught with men of insatiable appetites, who use their gifts of seduction to charm their way into many a bedroom: Casanova, Lord Byron, Don Juan, the list goes on. In Tristana, Benito Pérez Galdós' masterful 1892 novel — newly reissued by NYRB Classics in a translation by Margaret Jull Costa — we meet a man of Byronic decadence: Don Lope, an aging lover whose sexual conquests know no bounds. He's a man of contradictory ideals, who's developed a complex and manufactured morality that lets him prey on the unfortunate while still maintaining a sense of himself as a gentleman. Poetry and philosophy at its crux, the novel is a bold and telling illustration of 19th century Spain.

The Tristana of the title is a beautiful orphan whose family debts have been paid by the dubiously gallant Don Lope. Before long, he falls for her, and applies, as he puts it, "the law of love." Three times Tristana's age, the old wretch takes her captive and makes her his property; Tristana, not knowing any better, puts up with it.

Eventually, though, she comes to her senses, and in her intimate conversations with the house maid Saturna, Tristana begins to voice her desire to be free, to be the property of no man. Perhaps she'll write, paint, learn other languages. In her mind, the possibilities are truly endless — and when she meets the young, strapping painter Horacio, everything changes. Having never been so taken aback by anyone, she pleads with Saturna to steer her right: "Advise me, guide me. I don't know about these things." Tristana and Horacio, enamored of one another, soon begin exchanging letters and meeting for walks.

Don Lope suspects that Tristana is seeing someone, which she denies profusely. When — after much interrogation — she finally comes clean concerning her relationship with Horacio, their lives take on a new rhythm. But then Tristana falls gravely ill, the prospect of happiness becomes more of an illusion, and desperate choices must be made.

Pérez Galdós has long been revered as one of the greatest European novelists, and Tristana leaves us with little doubt as to why. His treatment of Don Lope is a testament to his overwhelming ability as an architect of characters: While he establishes early on that the old predator operates out of a fairly illogical moral center, he doesn't neglect Don Lope's innate sense of charity and altruism — a certain goodness that makes it more difficult to dismiss the man completely. Pérez Galdós leaves it up to the reader to decide just what to make of Don Lope and his predilections. Is he an entirely bad person? Are any of us righteous enough to judge him?

Even more interesting is the way Pérez Galdós writes about women, with veiled rants about their mistreatment that border on modern feminism. His description of Tristana's mental enslavement is stunning, making much of the sheer wrongness without getting preachy. Though not overtly political, Pérez Galdós offers a glimpse at the limitations placed on women in an era when opportunities were scarce and the injustices were plenty.

Told in sophisticated yet enveloping prose, Tristana is a treasure that should not be overlooked. Pérez Galdós barely breaks a sweat as he weaves a tale of intelligence and emotional richness comparable to the works of Charles Dickens and Gustave Flaubert. And while the pace of the story is expertly controlled, there is an urgency to each sentence, paragraph, page. At its heart, it's about how we should hurry up and become who we are. Or else.