Accessibility links
Roger Moore: The Man With The Golden Life Sir Roger Moore has played James Bond more than any other actor; his new memoir, One Lucky Bastard, chronicles a life spent working and laughing with stars — and learning how to kiss from Lana Turner. 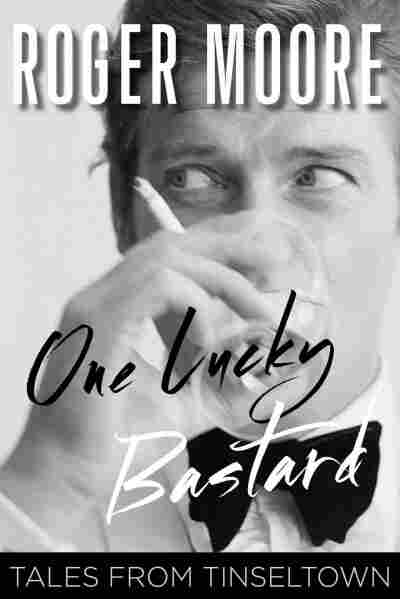 Sir Roger Moore has been The Saint, one of the Persuaders, and, of course, James Bond. But he calls himself One Lucky Bastard, which is the title of this memoir about a life spent working and laughing alongside the likes of Tony Curtis, Michael Caine, Frank Sinatra, Diana Dors, David Niven — and many more.

Lana Turner "taught me how to kiss with a lot of passion but without too much pressure," during a film shoot, Moore tells NPR's Scott Simon. "I dived at her beautiful lips, and she choked and coughed and came up for air and said, Roger, Roger ... well, darling, when a lady gets over 35, she has to watch the neck. So if you could kiss me with equal passion but a lot less pressure, I'd be much happier!"

On his hard-drinking friends, including Peter O'Toole and Richard Burton

I really don't know, sort of, how much they remembered [of their work]. I know that there's no better feeling in the world than waking up in the morning and knowing what you had for dinner last night, and where you were. They're the important things in life — having a good memory, and I think it's very sad when actors — I've worked with a few in the theater — it's rather painful for other actors when you stand there waiting for a line, and it never comes, you see this terrible, faraway look on their face. And then they usually accuse you of giving the wrong line.

On death and the idea of the next life

My attitude about death is, going into the next room, and it's a room that the rest of us can't get into because we don't have the key. But when we do get the key, we'll go in there and we'll see one another again, in some shape or form, or whatever. It's not the end. This is my logic of life, or life after death. The reason these thoughts came into my mind is that years and years ago, I had been offered a television play, and the script was absolutely appalling. So I declined. But one of the lines in the play that stayed with me was, you know, that death is going into the next room ... that is my comforting thought for myself.

On his version of Bond in relation to others

I look like a comedic lover, and Sean [Connery] in particular, and Daniel Craig now, they are killers. They look like killers. I wouldn't like to meet Daniel Craig on a dark night if I'd said anything bad about him.

George [Lazenby], Timothy [Dalton] and Pierce [Brosnan], we've been together, the four of us. But Sean, Sean really was sort of not that enamored of being confused with James Bond all the time. Sean — damn good actor, but he felt that he was only being remembered for Bond. I personally don't give a damn. I just want to be remembered as somebody who paid his debts.

Read an excerpt of One Lucky Bastard