Accessibility links
Americans for Independence — From America Some residents of the United States would prefer that the states be a little less united. From Hawaii to Vermont, from Texas to Alaska, a few groups across the country advocate for secession.

Americans for Independence — From America

Americans for Independence — From America 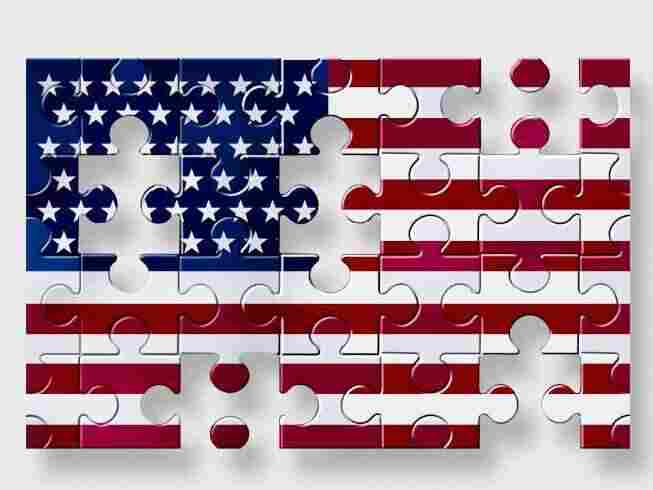 Some Americans would prefer a little more disunion in the United States. Ozy.com hide caption 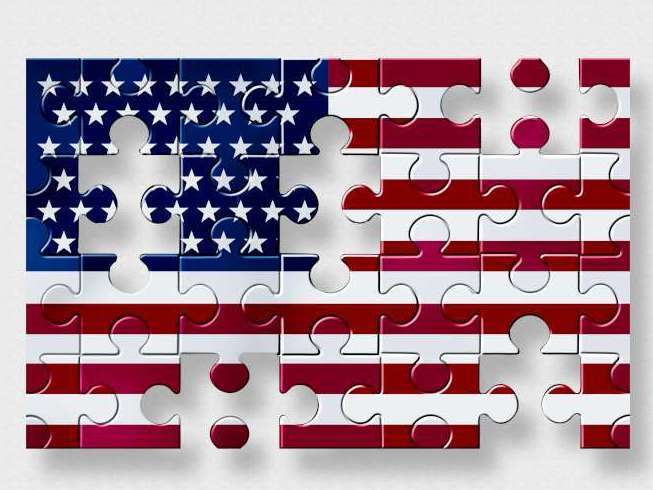 Some Americans would prefer a little more disunion in the United States.

You might think that Scotland's failed independence vote in September would discourage Americans from going the same route. And after the South's failed attempt to break away more than 150 years ago, who could think of trying it again?

About a dozen regions, as it turns out. They might not have much popular support, and Mel Gibson didn't make a blockbuster about them, but secessionist movements in America refuse to die.

One of the oldest is Hawaii, the beautiful island state that was a sovereign kingdom until it became a U.S. territory in 1898. Several pro-independence organizations have been trying to reverse that ever since. The movement is split between those who hope for true independence and those who prefer something similar to the sovereignty of Native American tribes in the U.S.

Back on the continent, however, some of those tribes aren't happy with that arrangement. Some Lakota Sioux, for example, have been campaigning to build the Republic of Lakotah — a homeland covering thousands of square miles in North Dakota, South Dakota, Nebraska, Wyoming and Montana. Actually, they don't need to secede: They say they never belonged to the United States to begin with. They just need others to recognize that.

For some, it's more about ideology than nationalism, like the recently proposed Second Vermont Republic. Founded in 2003 by Thomas Naylor, a Duke University economics professor, the movement has a classic liberal agenda. Its foundational "Montpelier Manifesto" says members need independence to avoid "a government too big, too centralized, too undemocratic, too unjust, too powerful, too intrusive, and too unresponsive to the needs of individual citizens and small communities."

This self-proclaimed "nonviolent citizens' network and think tank" hopes to not only secede from the U.S., but also to help in the dissolution of other so-called "meganations" like Russia and China. "A small republic is more nimble, agile, adaptable, entrepreneurial and resilient than a large, bloated, cumbersome, corrupt Empire," says Rob Williams, publisher of the Second Vermont Republic's site.

In Texas, many dream of establishing a government based on limited powers and Christian values. Would-be secessionist in the state have used many tactics over the years, from ignoring federal laws to setting up "embassies" in places like Washington and London during the 1800s.

But the secessionist group du jour is surely the Alaskan Independence Party (AKIP). With 15,255 registered members, the AKIP is the third-largest political force in Alaska and was joined at one point by Sarah Palin's husband, Todd. As in Texas, this party has a heavily libertarian agenda, saying that "considering the moral, educational, and economic decay of the U.S., Alaskans who hold themselves to a higher standard might very well decide to at least maintain an arm's-length distance from a country in decline."

Some just want to redraw all the borders. Would-be nation Cascadia, which supporters call a "bioregion," would include Washington, Oregon, bits of other U.S. states and British Columbia in Canada.

"We have a different culture here and a regional identity that is rugged, resilient and independent. If real change is going to start anywhere, it will be here," says Brandon Letsinger, director of the umbrella organization CascadiaNow. The hippie-sounding independence dream is based on the principles of bioregionalism, sustainability, self-sufficiency, local food networks and "open source, dynamic and associative governing models."

Of course, none of these movements are even close to convincing Washington to let them hold a Scottish-like referendum. But that's not enough to kill the dreams of American secessionists.