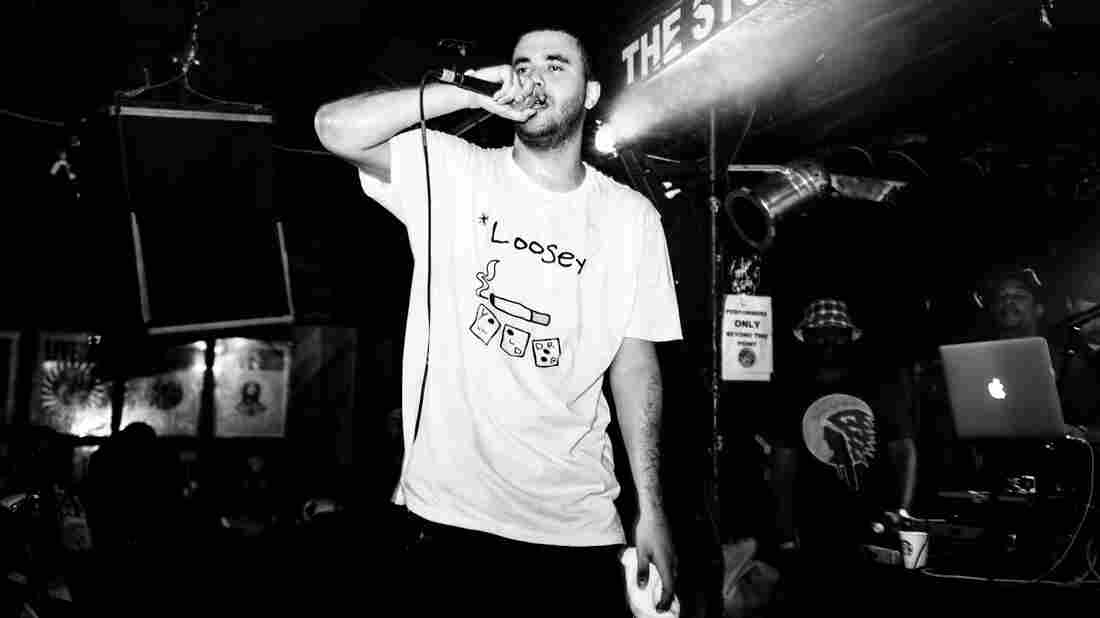 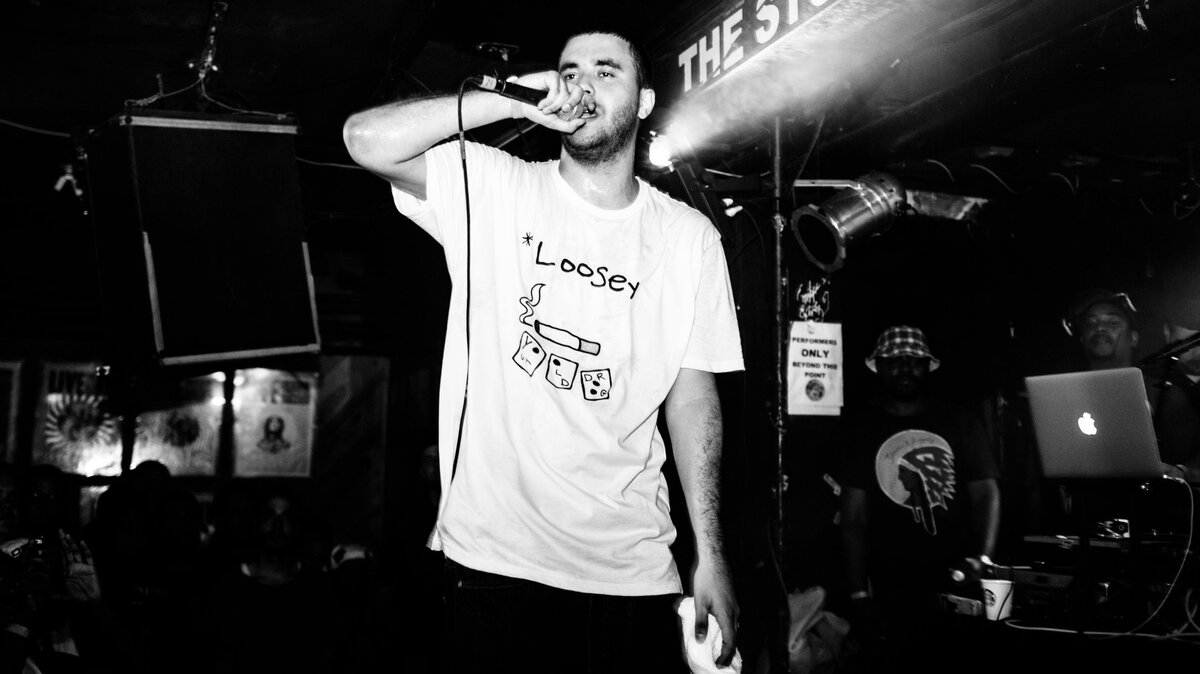 Seher Sikandar/Courtesy of the artist

If this is the first time you're hearing of somebody called Your Old Droog, don't even trip. Some people know the name; those people spent the spring and summer speculating if an unknown entity who posted a better-than-it-should-be debut EP on Soundcloud was in fact Nas, our (hip-hop's) Jeff Buckley, minus the tragedy. Those same people and a few more were vaguely titillated in late August when Droog officially revealed his face to, first, the New Yorker, and then performed in front of an audience in New York. He's white, 25 and from Coney Island. Of course there was industry that knew that already; a few had encouraged speculation over his identity. Next week he's releasing YOUR OLD DROOG LP — the 10 songs from April's YOUR OLD DROOG EP, in order, two tracks he dropped later, including his ode to NBC correspondent Tamron Hall, and six new tracks, two of which are retakes of previously released songs. It's all you need to know.

The songs are short and sharp, and all the hoopla around Your Old Droog has turned out to be decidedly beside the point. It's like MF DOOM wearing a mask in public. We understand it to be protective in some way. If it's helped him or us get to some of the best rhyming ever, then great. And Droog reminded me of DOOM even before I remembered the mask: he's so virtuosic it's funny, so insouciant I'm embarrassed to use that word, indifferent to what he calls "social events." Really, really smart. The music he chooses to pair with his words is melodic like we forget it can be; it feels good like Bobbito asking what you're supposed to say at the end of records. He makes me forget where I am, which is awkward when I'm laughing on the train by myself or getting honked at for missing the light change. If I'm honest, that's the gold standard. He reminds my roommate of Scarface. He reminds the security guard at my job of Game. That's high praise from them, and what they're saying is Droog has presence. He chooses production that has plenty going on all by itself, and wrestles it to a draw.

The way this album is constructed lets you watch a talent mature. "Impure to the limit; immature, demure. I'm not so sure, looking swell as Notor[ious B.I.G.]. But what the hell is couture?" he wondered on "Loosey in the Store with Pennies." On the new version, called a remix, he cares less what you think, which always bodes well: "You won't see me asking are you still down. Some cats just don't feel the sound. It's not my fault you don't have a spine to send chills down." The music is several degrees more laid back. "Get shivers when they bring the piano in," he says, on "Bad to the Bone (Remix)," and that's the difference between the sound of the old and new here. Janglier, further off trend.

On the new songs, Droog is not circumspect. "The '70s" teases "young kids" trying to sound like 1995. The chorus is words of advice for them: "Practice. Practice. Burn your Ls, learn your skills. Forget technique and later watch it all come back. Don't forget to use a metronome or a drum track." "48th St" is about a stretch of Manhattan where you used to go if you were in the market for an instrument. Why? Because this rapper plays guitar, too. Droog talks to the people who know what's transpired over the past few months. "The lab sessions should not sound like Taxicab Confessions," he said on "Nutty Bars," back when he wasn't trying to trade off his life story. Now, on "Loosey in the Store with Pennies (Remix)," when he catches himself reminiscing (or as he calls it, "reflecting off progression"), he calls himself out. "Hold up, dog, I thought you wasn't gonna do the Cab Confessions."

But we don't actually need the self-awareness. The bio isn't the good part. "I'm a slang slinger," he says on "Droog's Anthem." He's much more, and exactly that, and, yeah, to quote him again, let's drop the re-release and see how much bigger it could get.