Accessibility links
Amid The Stereotypes, Some Facts About Millennials "Millennial" is the demographic buzzword of the moment. But are young adults today really so different from previous generations? We charted some numbers to find out — and spotted interesting trends. 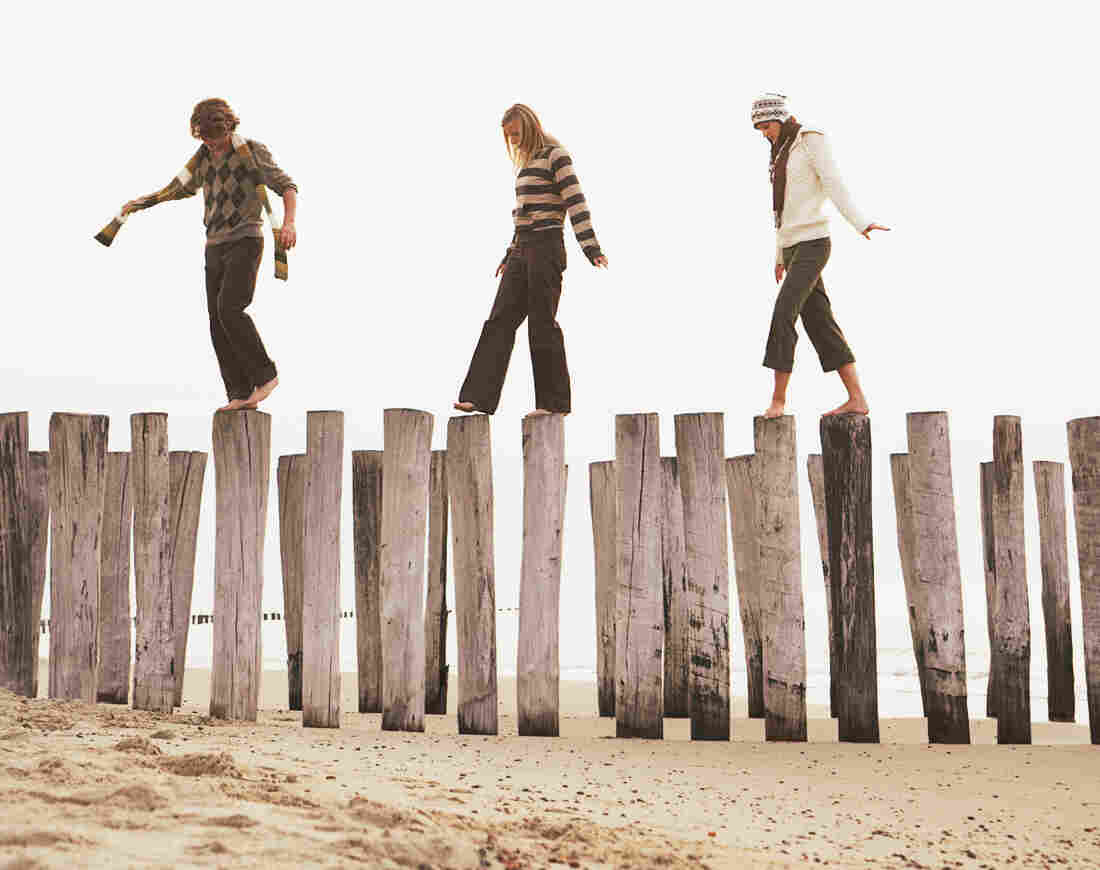 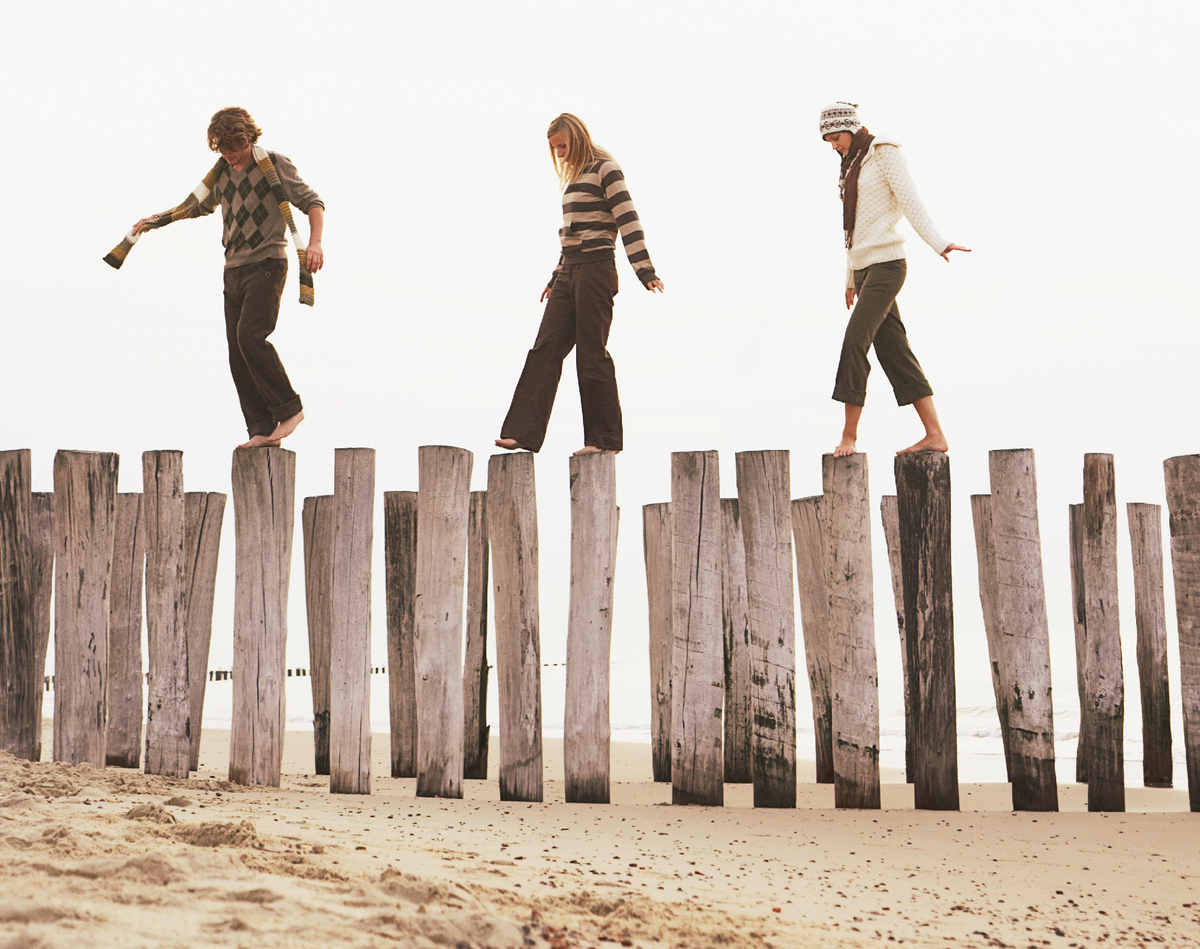 "Millennial" is the buzzword of the moment — with much of the national conversation focused on stereotypes and anecdotes. But are young adults today really all that different from those of previous generations?

A review of data shows that millennials do have characteristics that set them apart. Unlike their parents' generation, millennials are ushering in an age when minorities will lead the U.S. population. Many of them aren't too keen on marrying early. They are the most educated generation — but even so, a majority remains undereducated. And since they entered the workforce in the midst of a sluggish economy, many also remain underemployed.

Despite those hard realities, millennials as a group are optimistic about what their future holds.

We've charted some of the most interesting aspects of the millennial generation below. When compared with past generations, these shifts show how millennials are redefining what it means to be young in America.

A note on dates: There is no consensus on the exact years that generations begin and end. For this post, we've defined millennials as those born between 1980 and 2000; Generation X, between 1965 and 1979; and baby boomers, between 1946 and 1964. Also, these charts represent averages — there will always be exceptions to these trends.

The baby boom, so-named because of the huge spike in births in the U.S. after World War II, is often thought of as the country's largest generation. But today, millennials outnumber the boomers by 11 million people — having boosted their numbers through a wave of immigration, just as boomers have aged and started to die.

To put this in perspective, the most common age in America right now is 22. By 2020, according to a Brookings Institution analysis, 1 in 3 adults will be a millennial.

America has, of course, always been a melting pot. But young people between 18 and 34 are the most racially diverse generation in U.S. history — and embody the changing face of America. Forty-three percent of millennial adults are nonwhite, the most of any current or previous generation. For comparison's sake, baby boomers are 72 percent white, and Generation X is 61 percent white.

Hispanic and Asian immigrants, who have come to the U.S. in large numbers over the past half-century, and their children have contributed to that spike in diversity. The Census Bureau projects that the U.S. will become a majority-minority nation by 2043.

As we've reported, millennials are delaying marriage and babies and taking time to "find themselves" in their 20s. The average age of first marriage is 27 for women and 29 for men, up from 20 for women and 23 for men in 1960, according to a recent Pew Research Center report. Some millennials — 34 percent of 25- to 34-year-olds — are waiting longer to get married for financial reasons.

And while millennials are waiting to put a ring on it, many are in committed relationships. About 9.2 percent of millennials cohabit, compared with 5.8 percent of Gen X-ers. And 24 percent of now-married millennials say they bought a home with their current spouse before tying the knot.

Finally, millennials aren't just waiting to get married — marriage is simply less important to many of them, too. The 2014 Clark University Poll of Established Adults also found that 1,000 young people between 25 and 39 do not consider marriage one of the major markers of adulthood. And a Pew analysis of census data projected that 25 percent of millennials will never marry at all.

A Silent Majority Of Undereducated And Underemployed Millennials

The popular narrative surrounding millennials is that they are overeducated and underemployed. But as Asma Khalid has reported, about two-thirds of millennials ages 25 to 32 lack a bachelor's degree. Millennial college graduates in this same age group earn about $17,500 more annually than those with only a high school diploma.

While most young adults today lack a college degree, millennials are still the most educated generation to date, with 34 percent having at least a bachelor's degree. But as more people go to college, the value of their degrees has also increased. This makes it harder for the 26 percent of millennials with just a high school diploma to get jobs.

And for the millennials who have degrees, many were just finishing college when the Great Recession hit, and it left many of them jobless. The unemployment rate for college-educated millennials is 3.8 percent — more than double that of the Silents, the generation before the boomers, when they were the same age (1.4 percent).

The story of unemployment gets worse for less educated millennials. Over 12 percent of those ages 25-32 without a college degree are unemployed, and about 22 percent of that cohort are below the poverty line. In contrast, 7 percent of boomers with just a high school diploma lived in poverty in 1979.

Even though millennials, as a group, have suffered financially early in life, they are optimistic about what the future holds. Almost half of them, 49 percent, believe the country is on the road to its best years.

Samantha Raphelson is a digital news intern at NPR.org. She feels like an outlier when it comes to most millennial trends, and she wishes she were in Generation X. You can reach out to her on Twitter.