Accessibility links
7 Kids, 1 Apartment: What Poverty Means To This Teen Jairo Gomez knows the importance of school, but his home life leaves him struggling to stay focused. "If I don't get an education, I'll be stuck like my parents." 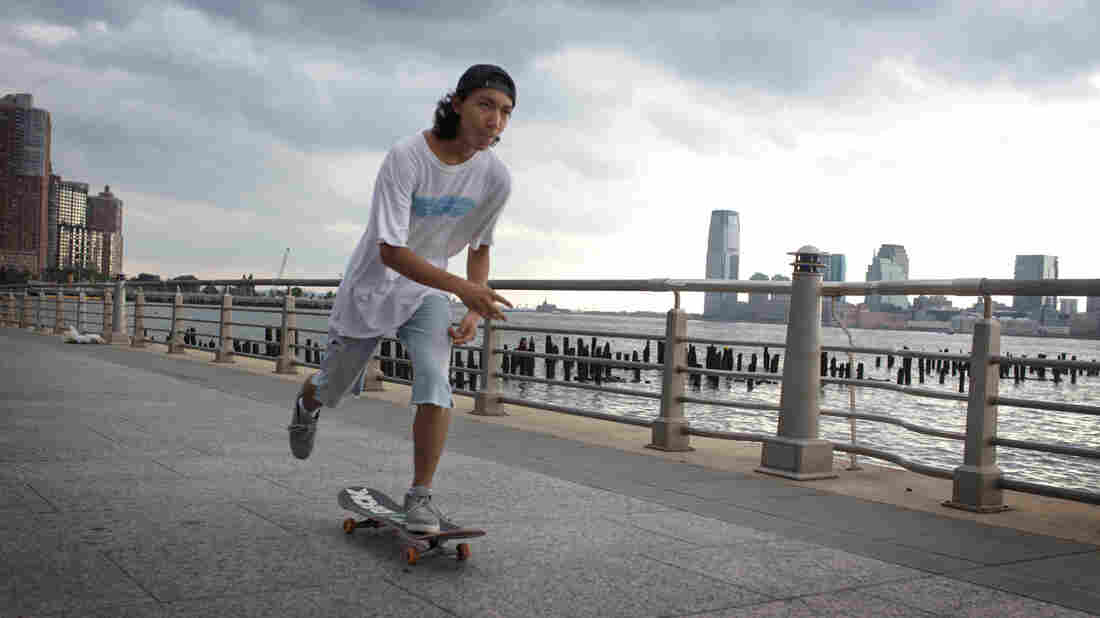 Seventeen-year-old Jairo Gomez lives in a one-bedroom apartment with eight other family members. His school attendance has suffered because he often has to stay home to babysit his younger siblings. Emily Kwong/WNYC hide caption 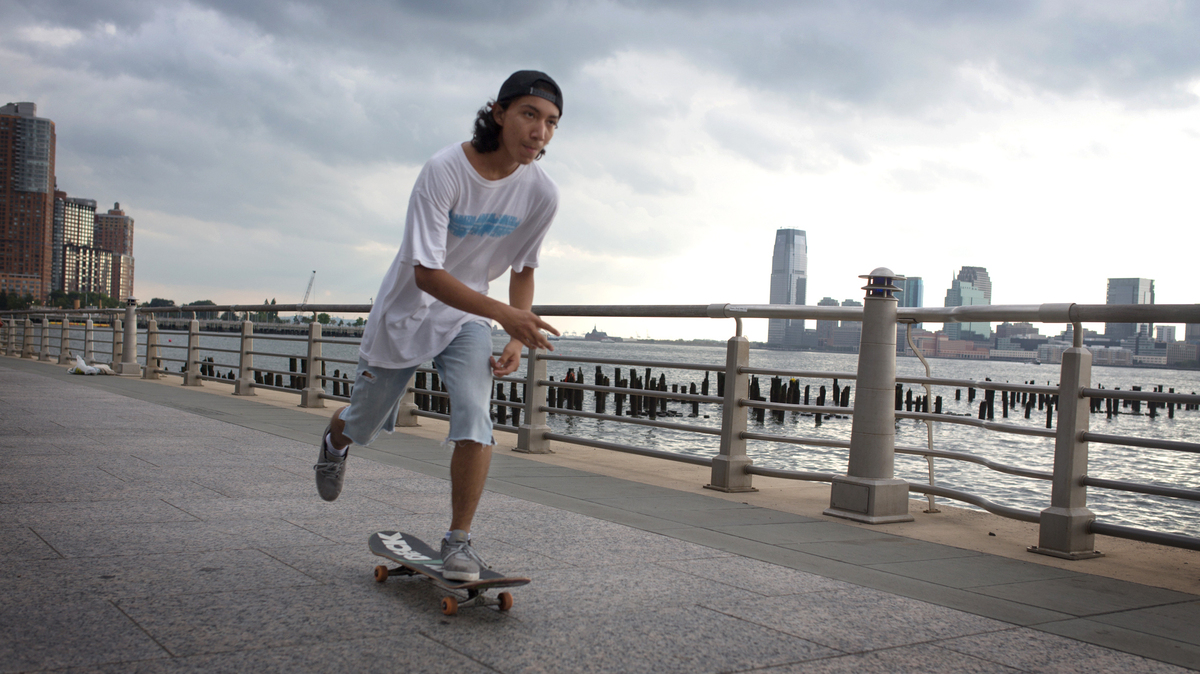 Seventeen-year-old Jairo Gomez lives in a one-bedroom apartment with eight other family members. His school attendance has suffered because he often has to stay home to babysit his younger siblings.

Jairo Gomez is 17 years old and lives in a tiny apartment in New York City with eight other family members. He has grown up in poverty, like one-third of all kids in the city. With WNYC's program Radio Rookies, Gomez tells the story of how poverty has held him back, and how he's trying to overcome it.

There are nine of us in my family, and we live in a one-bedroom apartment. I share a bunk bed with my sister Judy.

"It's just so stuffed," Judy says. "We don't have enough space for seven kids."

I've seen articles posted on Facebook about how unlikely it is to get out of poverty, how poor people usually stay poor. If I don't get an education, I'll be stuck like my parents.

On the floor we have two mattresses side by side, where three of my other sisters sleep. You have to step toe to heel to get out of the room.

"All we actually need is like a big closet," Judy laughs.

My mom, step-dad and the two youngest ones sleep in the living room.

My mom cleans other people's houses. When she gets home, she keeps on cleaning and takes care of my sisters and brother.

I used to think of my family as middle class, but after my parents split up, my mom had four more kids.

"The truth is I haven't looked it up in the dictionary, the word 'poor,' " says my mom, who speaks only Spanish. "To me, poor is when you don't have enough for soup or a roll of toilet paper."

During my freshman year in high school, I wore ripped jeans, and my sneakers had holes in them. It was kind of embarrassing, but I still didn't think I was poor.

That kind of scares me. I've seen articles posted on Facebook about how unlikely it is to get out of poverty, how poor people usually stay poor. If I don't get an education, I'll be stuck like my parents.

But I haven't always been able to make school my priority. When I was younger, I felt like a robot. All I did was go home and help baby-sit and clean. I never had that freedom before — to be able to hang out and skate with my friends. So in ninth grade, I started cutting every day.

Then, when I was in the 10th grade, for the second time my mom started asking me if I could stay home from school to watch the kids. If I said no, most of the money she would make would go to a baby sitter.

I failed every class that year. That made me finally realize that if I ever wanted to graduate, I needed to be in school. I switched to a transfer school, and my first trimester, I got perfect attendance. I told my mom I wasn't going to take care of the little ones anymore.

"At first I felt annoyed, like, 'How could this kid dare to say that to me?' " my mom says, "when I feel that I try my best to give what's necessary. But then I thought about it, and I thought, 'Maybe I'm not doing my job right. I'm not providing enough.' "

Hearing her say that makes me feel selfish, especially since now my sisters are stuck at home every day.

Judy is 14. She and my older sister, Sarahi, who is in college, are always home baby-sitting, cleaning up after my little sisters and helping feed them.

Sometimes I feel like I blame my mom too much for having more kids than she could afford. She's always telling us we're lucky because we'll have each other to go to. But when we still had two of our sisters in diapers, and the pregnancy tests came out positive again and again, Judy, Sarahi and I were like, "I'm not washing the bottles this time." 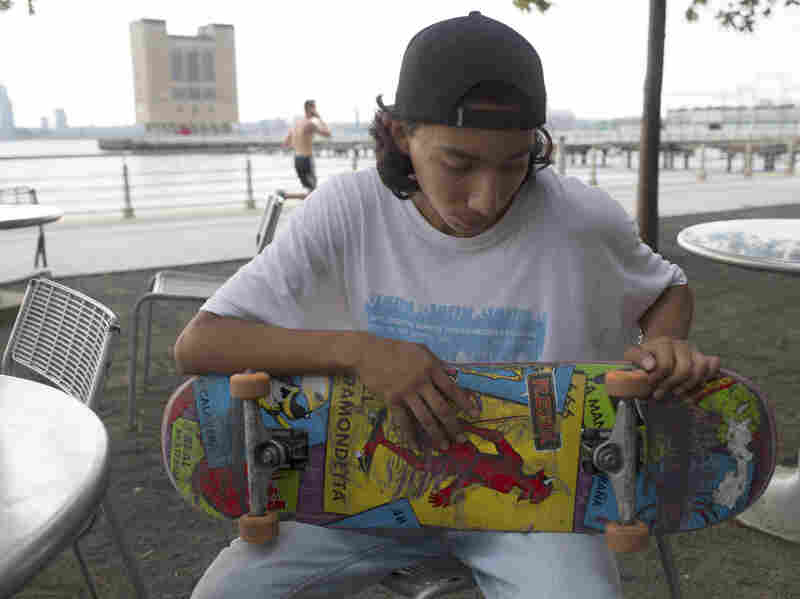 Because he's often babysitting his younger siblings and trying to keep his grades up, Jairo hardly has any time to do what he loves — skateboarding. Emily Kwong/WNYC hide caption 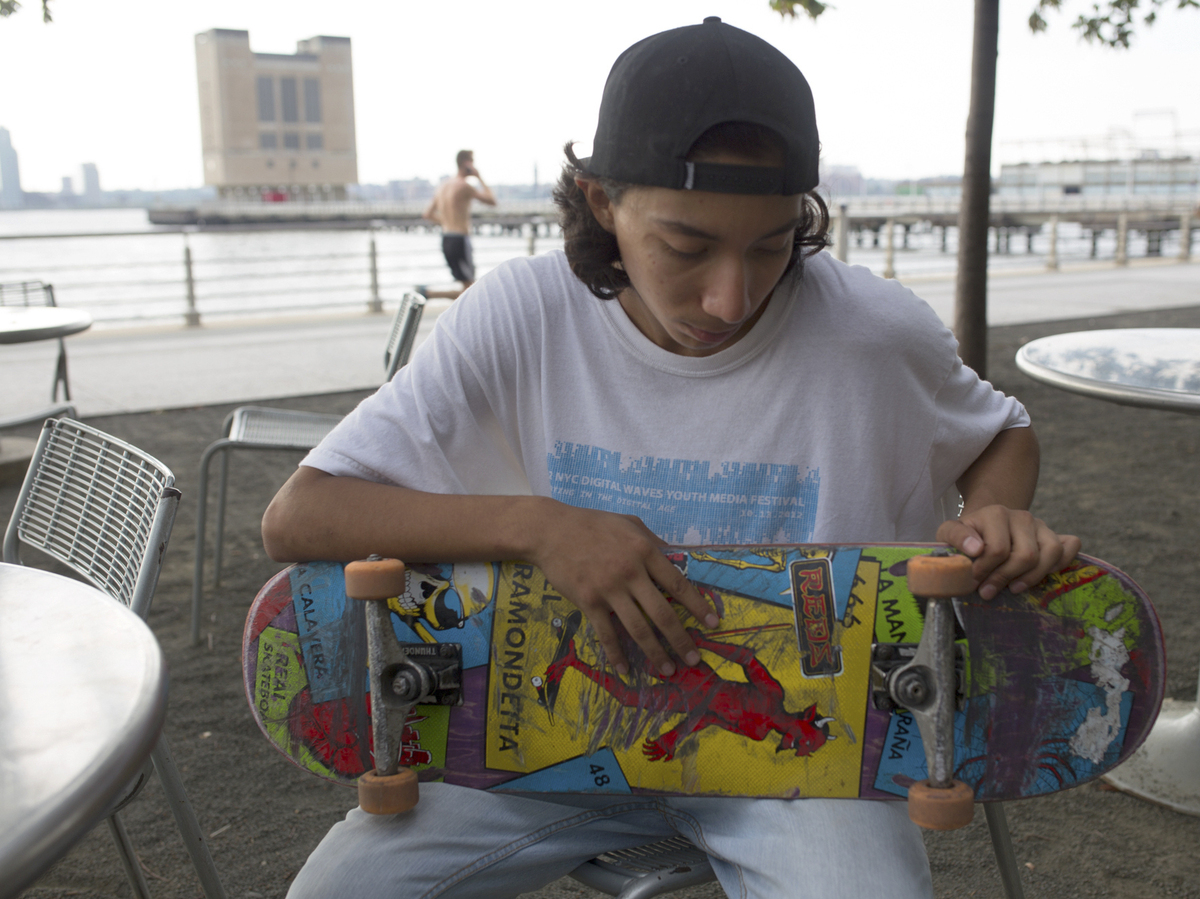 Because he's often babysitting his younger siblings and trying to keep his grades up, Jairo hardly has any time to do what he loves — skateboarding.

I asked my mom why she had so many of us.

"The job of the mother is to feed and clothe them, to give them love, when maybe I didn't have time to give them each enough love," she adds.

It gets me mad that my mom works so hard. And there are people out there who are just born into it. They make money like nothing. They don't have to clean houses, wake up early, drain themselves.

I know I should be thinking about going to college when I graduate if I don't want that life, but I'd have to stay at home to afford it. Nine of us in a one-bedroom apartment, no privacy, one bathroom and toys everywhere. I don't know if I can make myself do it.

Now I'm working 13-hour shifts, making food deliveries on a bike. Honestly, I'd rather do that and earn money for my own place. We're told, "If you work hard, you'll get results." But for my family, there haven't been any results — just survival.

Produced by Courtney Stein and edited by Kaari Pitkin for All Things Considered.