Accessibility links
'Grape Salad' Is Not Minnesotan, And Other Lessons In Cultural Mapmaking A New York Times project claims that Minnesota is best defined by heated-up grapes and sour cream. C'mon, now, guys — give us a break.

'Grape Salad' Is Not Minnesotan, And Other Lessons In Cultural Mapmaking

'Grape Salad' Is Not Minnesotan, And Other Lessons In Cultural Mapmaking

I was not raised in Minnesota, but I earned my stripes there during 10 winters as a resident, scraping my windshield through a fog of existential despair. Not every portrayal of the Midwest is based in reality, but this still speaks to a profound piece of my soul. I have been this person. I have been Jerry Lundegaard before murder enters his life, but after it enters his heart, if by "murder" you mean "beating the bejeezus out of a car with a plastic scraper."

I have never in my life heard of a "grape salad." Not at Thanksgiving, not at Christmas, not during a Vikings game, not during the Winter Carnival, not during the State Fair, and not during the greatest state holiday: the annual hockey tournament of the Minnesota State High School League.

But today, when The New York Times decided to come up with Thanksgiving recipes that "evoke each of the 50 states," Minnesota got "Grape Salad." 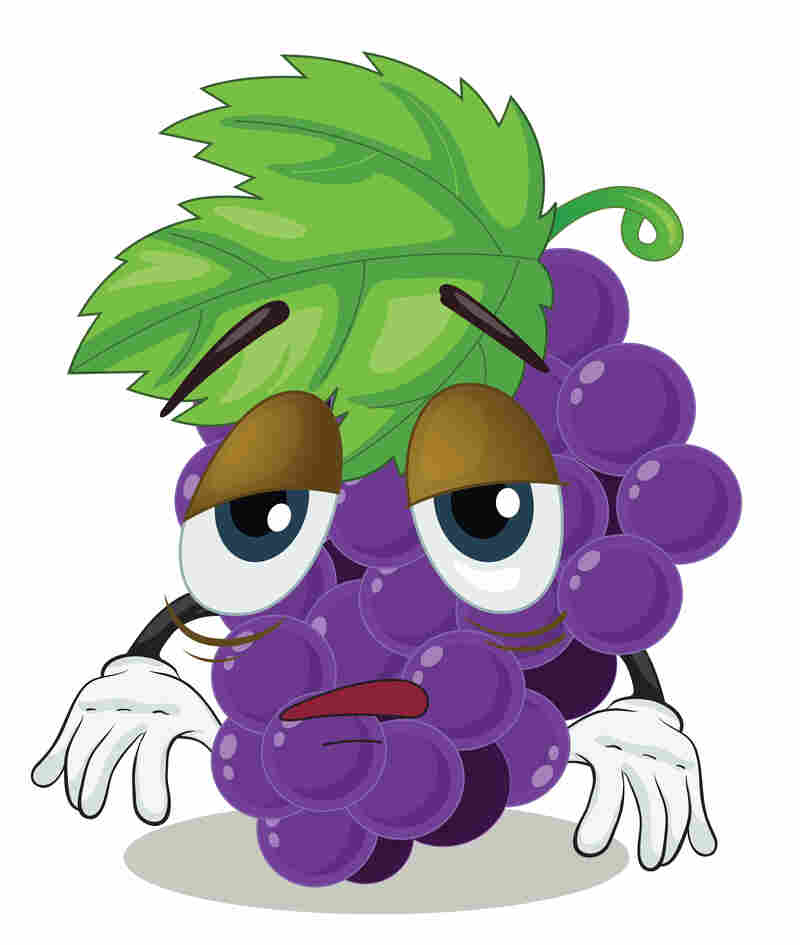 I cannot tell a lie: This is what happens if you image-search "sad grape." iStockphoto hide caption 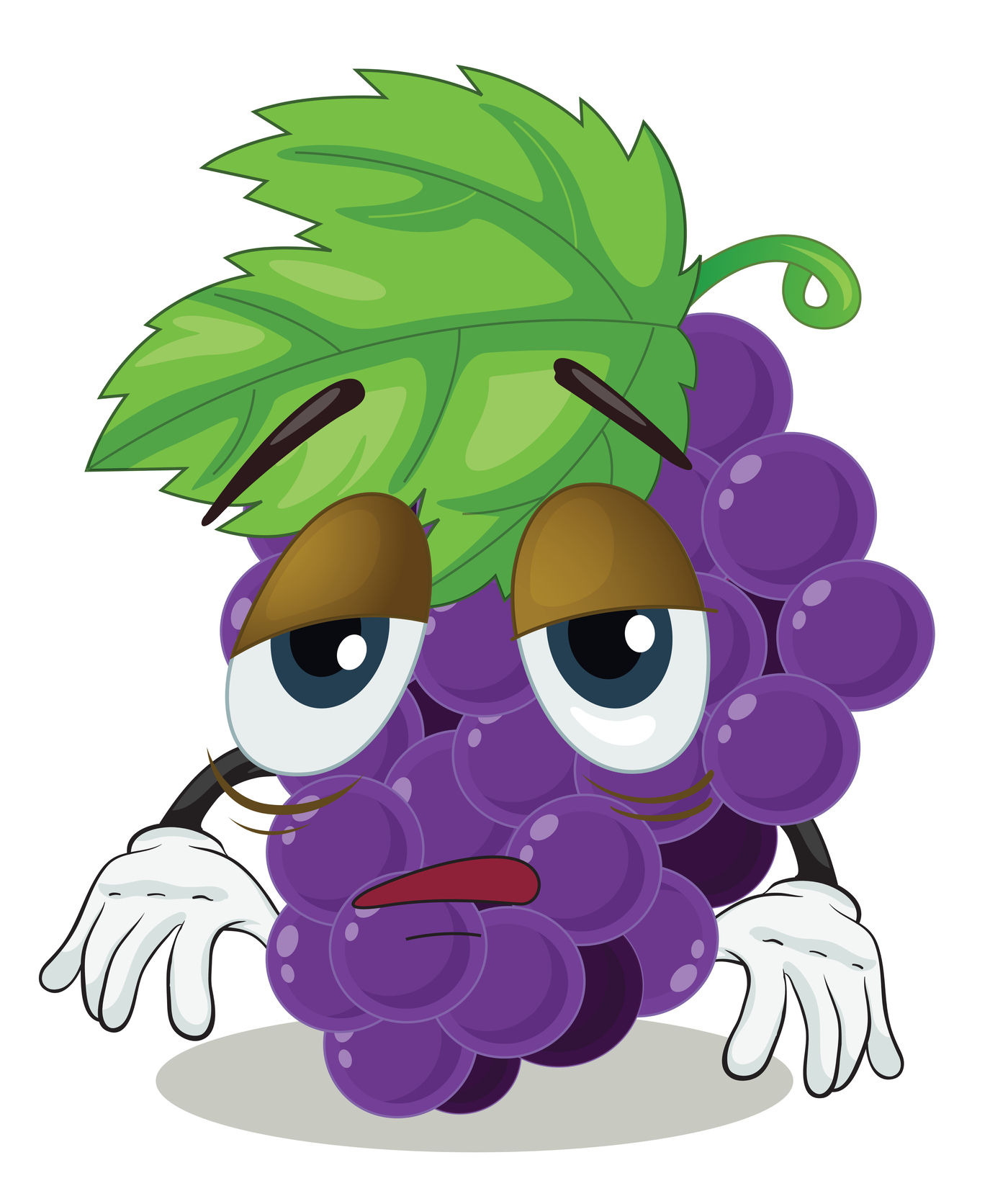 I cannot tell a lie: This is what happens if you image-search "sad grape."

Now: "Grape Salad." Doesn't that sound like the only thing you were allowed to make in your plastic kitchen when you were 2 years old, not allowed to use knives, and only allowed grapes when they were cut in half?

The recipes chosen by the NYT fall into four categories, essentially. The first is the delicious-sounding traditional dish: Double Apple Pie, which they gave to New York (obviously), or Roast Heritage Turkey and Gravy, assigned to Arkansas on the basis that the state is "one of the top turkey producers in the country." The second is the plausibly regional spin on a classic: Oregon's Cranberry Sauce with Pinot Noir, or Florida's Cuban-tinged Mojo Turkey. The third is the Local Ingredient/Dish-Based Thing That There's No Rule Saying You CAN'T Serve on Thanksgiving, like Maine's Lobster Mac and Cheese or Alaska's Russian Salmon Pie. Or my personal favorite: New Jersey's Thanksgiving classic ... Manicotti.

The fourth category is I Dunno (Let's Punt).

In the I Dunno (Let's Punt) category, you will find such things as Oklahoma's Green Bean Casserole, a generic Thanksgiving dish that seems to have been assigned to Oklahoma because "some" Oklahomans said they eat green bean casserole at Thanksgiving, despite the fact that so would "some" Marylanders, Texans, Virginians, Oregonians and Martians (if they have Thanksgiving on Mars). You will find Iowa's Thanksgiving Cookies, which are Iowan in that there's a 1975 Iowa cookbook that has this recipe in it. (To quote an old episode of Friends: "Congratulations. You've found the world's thinnest argument.")

And in the I Dunno (Let's Punt) category, you will find Grape Salad, the basic ingredients of which are (1) grapes, left whole, (2) two cups of sour cream, and (3) a cup of brown sugar. (You can add optional pecans, but hey, what is this, Paris, France?)

So please understand: The New York Times has examined the entire state of Minnesota and said, "You know what evokes your state? A bowl of grapes mixed with sour cream, covered with sugar, and heated up, and then chilled again. That's you. That's how you are." After this, I imagine them laughing, high-fiving, and refilling a glass of chardonnay. We all have our preconceptions, after all.

It's enough to make a nice Midwestern-by-training girl put her hands on her hips and say, "Hey, you know what evokes your state? YOUR FACE." (You'd have to see the delivery; it's very devastating.)

They could have done something with morel mushrooms. Or wild rice, if they hadn't brazenly given it to Wisconsin (the unkindest cut of all — their thing is cheese!). If Maine can have Lobster Mac and Cheese, how about something with walleye? Heck, I would have preferred Spam, which may not be gourmet cuisine but at least does have a connection to the state, unlike grapes, which do not.

I am aware that the Times says it got this recipe from a "Minnesota-born heiress" (note that she's not Minnesotan, but "Minnesota-born," which could very well mean she was born during a family's brief layover at the Minneapolis-St. Paul airport, not an outlandish possibility since there is a lot of snow and we are a hub). But they speak of it as if it is consumed only by baffling zoo animals: "Other versions, I hear, call for softened cream cheese and nondairy 'whipped topping'; I can't say I'll be trying that."

A little advice for anyone making a 50-state map that touches on regional culture: Read every entry you have and think to yourself, "Am I basing this on actual information, or am I basing this on something droll I read in The New Yorker?" Because, yes, Minnesotans eat hotdish (not casserole, please), and there are church picnics, and we can say things like that about ourselves. But it already often feels like the entire middle of the country is swept aside as little more than a collection of Readers Digest anecdotes. Please don't accuse us of being best represented by a tradition (?) of heating up grapes for Thanksgiving.

A Clarification Regarding Grape Salad Nov. 19, 2014

The Grape Salad recipe does indeed call for it to be heated under the broiler and cooked. But then it is chilled. So it is indeed prepared with heat, but it is served fresh from your refrigerator or snowbank.