Accessibility links
Despite Low Employment, Millennials Hold Key To Reviving South Texas The McAllen metro area in the Rio Grande Valley of Texas has one of the country's lowest employment rates for millennials. Economists say they will be critical to bringing the area out of poverty. 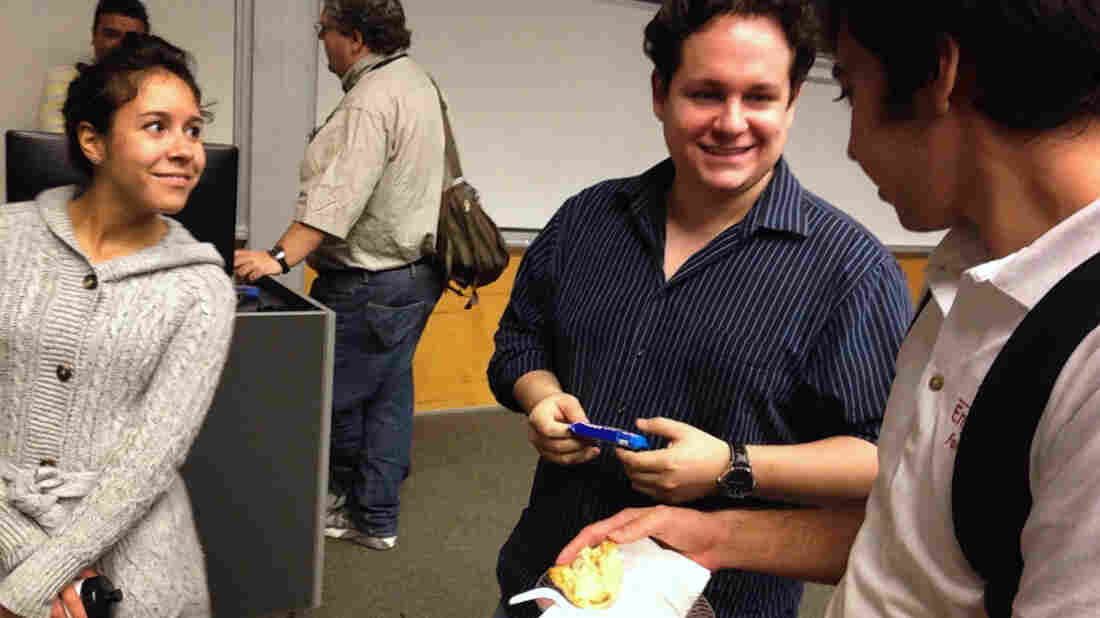 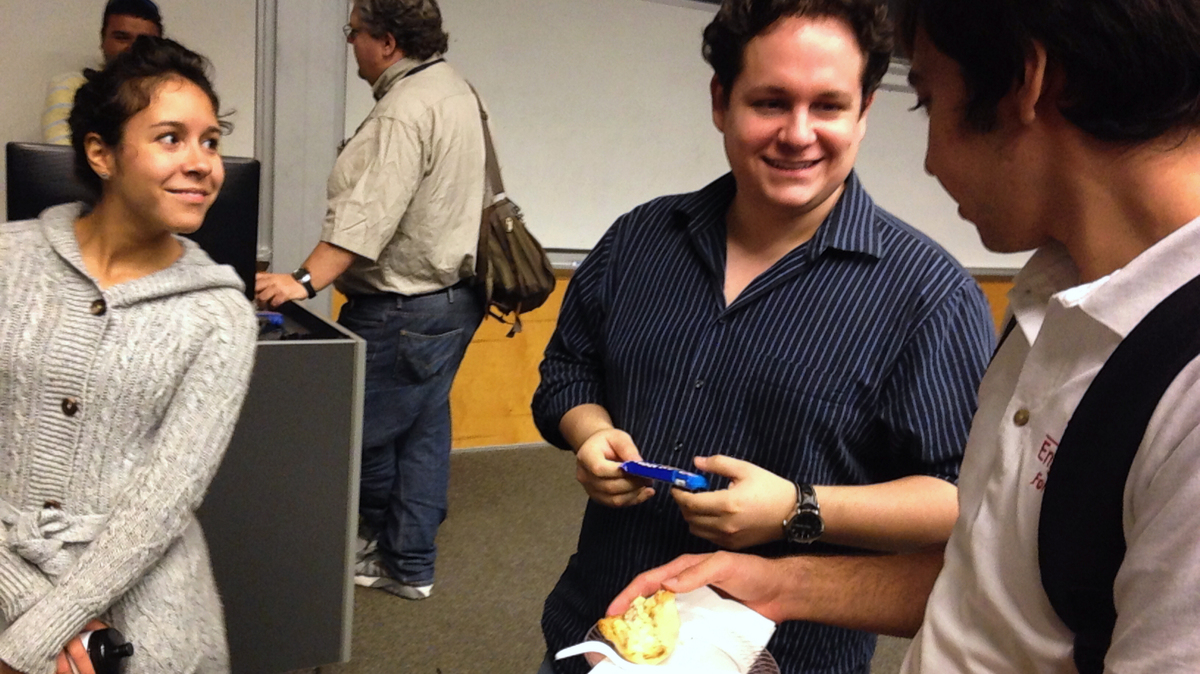 Olmo Maldonado (center) returned to his hometown of McAllen, Texas, despite the low employment rate for millennials.

Welcome to boot camp for the young and unemployed in McAllen, Texas.

"We're going to go ahead and do this," says instructor Marco Lopez, leading a small classroom of millennials through do's and don'ts for job seekers inside a strip mall near McAllen.

In this area, only half of people ages 20 to 24 have a job, according to the Brookings Institution, a think tank based in Washington, D.C. In fact, among the 100 largest metro areas in the U.S., the McAllen area has the lowest employment rate for young millennials. The numbers aren't much better for older millennials between 25 and 34. Their employment rate is just 68 percent, placing the area 95th out of 100 by that measure. 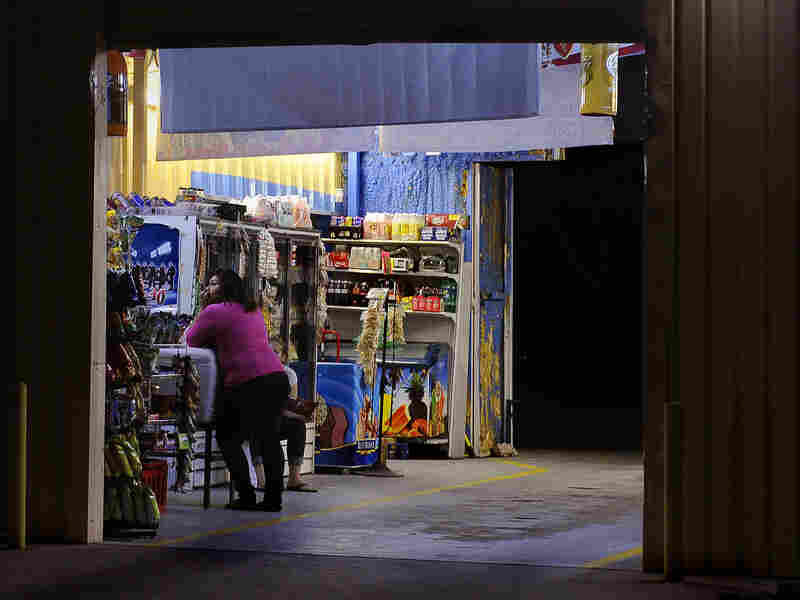 The McAllen metro area of Texas has the lowest employment rate for millennials ages 20-24 among the 100 largest metro areas in the country. Michael S. Williamson/The Washington Post/Getty Images hide caption 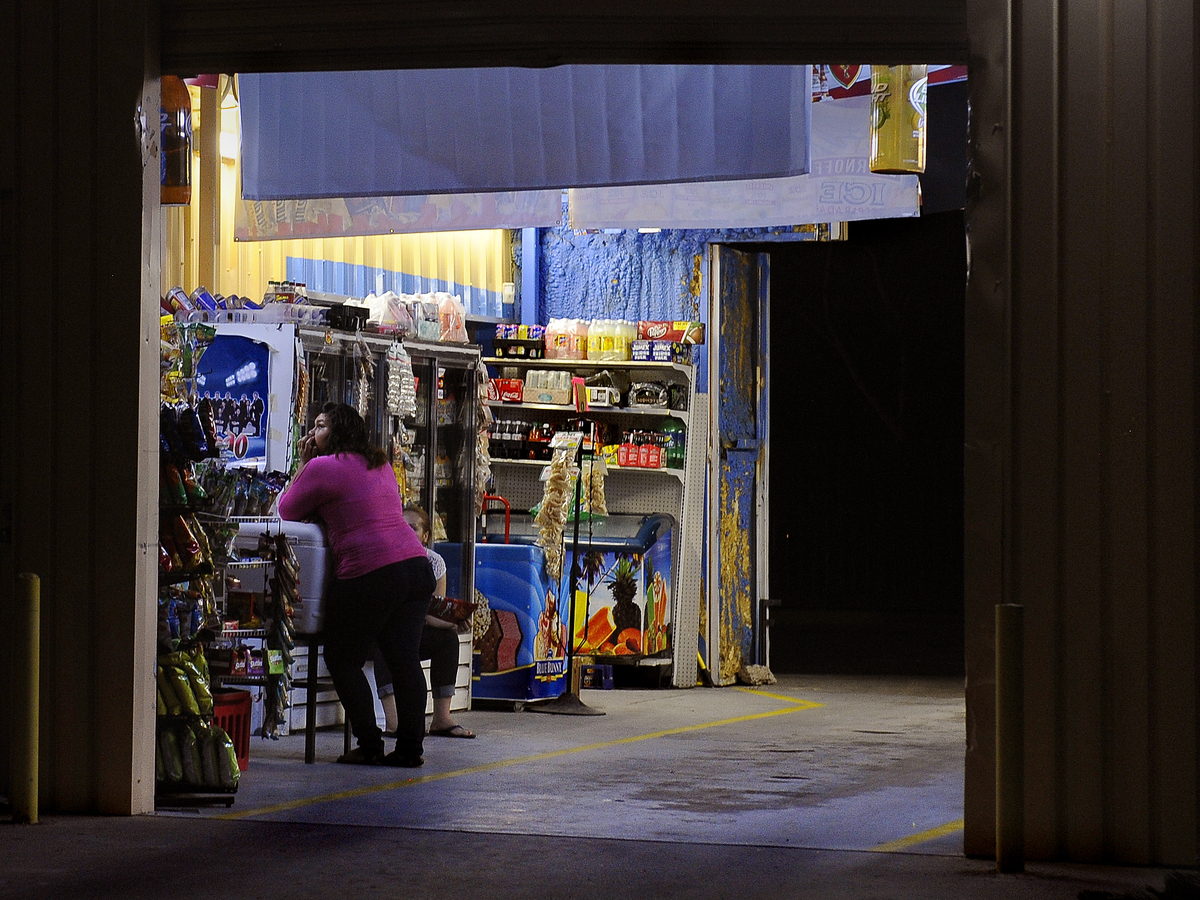 The McAllen metro area of Texas has the lowest employment rate for millennials ages 20-24 among the 100 largest metro areas in the country.

The statistics are troubling to 20-year-old Dennis Trejo.

"I feel that extra pressure against me," says Trejo, a participant in this workshop for unemployed millennials with little or no work experience.

After a week of training at the Workforce Solutions Center in Edinburg, Texas, he spends a few months working for the local government. It's temporary, but it's also a rare chance, he says, to start building a legitimate career in his hometown.

"I've had a lot of opportunities to get affiliated with the gang here or get in with the cartels in Mexico," explains Trejo, who adds that it's easier to join a gang than to get a job.

Trejo says he wants to join law enforcement one day. He finally received his high school diploma this year after dropping out of high school at 17.

'I Need To Get Out Of Here'

"Not many people get to graduate from high school. The few that do don't always find themselves fit for college — like, they feel like they can't do it," says 20-year-old Misty Miller, a student at the University of Texas-Pan American, located just north of McAllen.

Miller, like the majority of residents in the area, is Mexican-American. She says family ties keep many millennials in the area even when job opportunities are scarce.

"Most Mexican kids don't leave home until they're married, if they have a good job or not," she says. "It's just being with your family."

Family drew 30-year-old Olmo Maldonado back to McAllen. His first big break in the tech industry came in California, where he worked as a software engineering intern at Google. At that time, he didn't see a future in the Rio Grande Valley.

"I was really skeptical and pessimistic about the Valley," he says. "My rule of thumb was I need to get out of here as quickly as possible."

That changed after Maldonado came home to help run his mother's marketing company for what was supposed to be a few months. Now, almost five years later, he's working to inspire other millennials, leading monthly "Tech Tuesdays" talks by local entrepreneurs, engineers and scientists.

He wants to add technology to sectors like health care, government and tourism that drive the economy here. As more local leaders in McAllen retire, he says, he sees opportunities for a new generation.

"There is potential here, but not necessarily potential for college students graduating," says Leilani De Leon, 22, who is set to graduate from UTPA next year with a marketing degree.

Born and raised in McAllen, De Leon says she's ready to relocate for her career.

For the area to prosper, millennials who do leave need to eventually come back, according to UTPA economics professor Salvador Contreras. He says McAllen's geography — 300 miles away from San Antonio, the nearest major U.S. city — puts the area at a disadvantage.

"The area as a whole is depressed. Millennials, along with Generation X-ers and so on and so forth, everybody's in the same boat," he says.

Contreras says McAllen's population has grown faster than economic development here. That means, for now, there aren't enough good-paying jobs to go around. Highly skilled millennials, he says, will be key to helping break this cycle of poverty in the future.

Miller, the UTPA student, believes she can play a role now. She plans to stay put after graduation and help the community overcome health issues like high obesity rates.

"I am studying nutrition," Miller explains. "So I think I'll be needed here."

And so will other millennials.