Walking Through Bad City In The First 'Iranian Vampire Western'

Walking Through Bad City In The First 'Iranian Vampire Western' 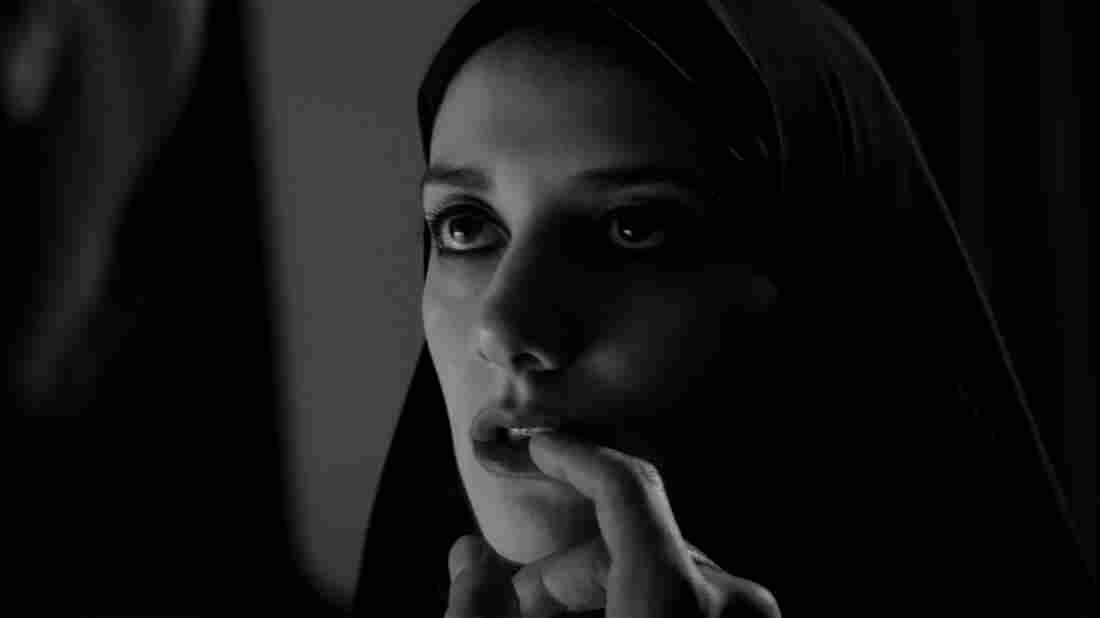 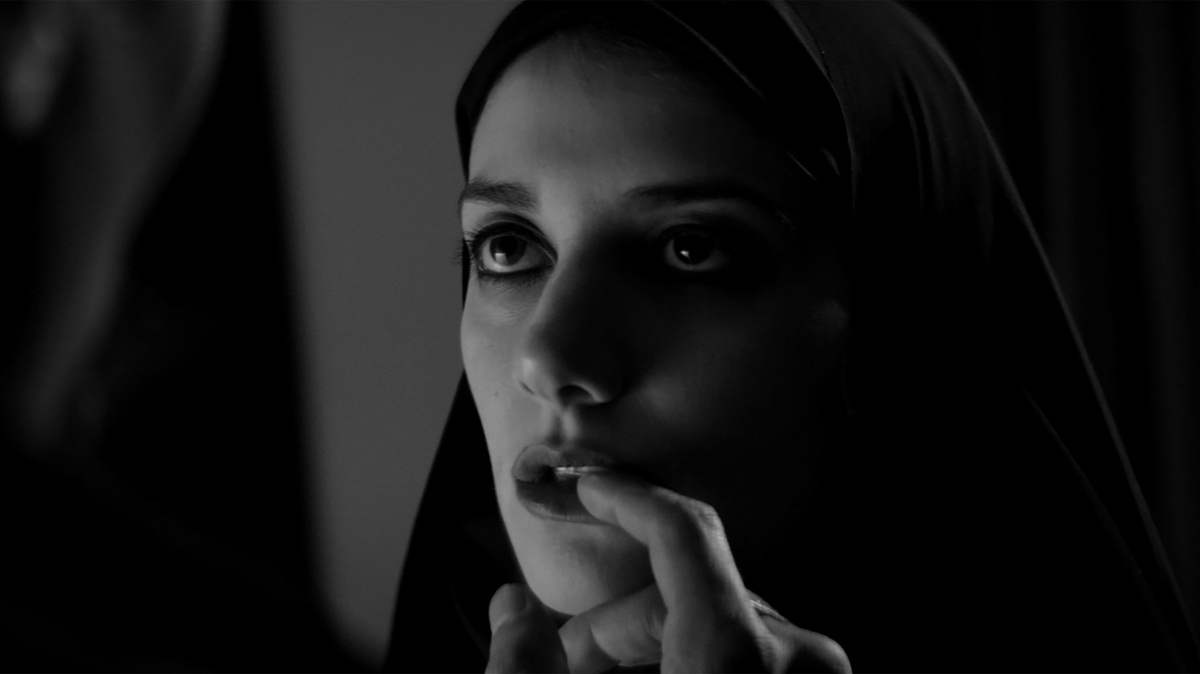 In A Girl Walks Home Alone At Night, Sheila Vand plays a vampire who wanders a town called, of all things, Bad City.

In a recent essay for Wired about Pulp Fiction, Ana Lily Amirpour put forward an outsider's dichotomy for judging films. "Movies trying to be popular, those aren't the real heroes," she wrote. "The real heroes are the odd, off-the-beaten-path weirdos."

Certainly you can garner Amirpour's taste for the strange and uncategorized in her debut feature A Girl Walks Home Alone At Night, which is being billed as the "first Iranian vampire western." You'll also glean her debt to Tarantino, if only in how Girl Walks Home manages to be a wholly original work while containing nary a unique thought or idea.

Instead the movie's constituent parts reflect a mishmash of pop cultural artifacts, both in the larger plot structures the films calls back to and the smaller elements of its design: one of the characters' apartments, for example, features Bee Gees and Madonna posters as well as a record player on which she plays the post-punk band White Lies.

Fortunately, all these elements are admirably stitched together by Amirpour's strict handling of tone. Girl Walks Home isn't a chaotic genre mash-up that relishes every cultural reference, but a work where every individual element is sacrificed to the larger cause of creeping us right out.

The film is set in Bad City, a sparsely populated Iranian town being haunted by an unnamed, hijab-wearing vampire (Sheila Vand). Bad City's isolation is just about the only thing, other than the occasional spaghetti western score, that gives the film a Western feel. When that feel is paired with vampires and Amirpour's deliberate pacing, the resemblance to Jim Jarmusch's work — particularly this year's Only Lovers Left Alive — is actually more pronounced.

Much like Only Lovers's Detroit, Bad City is desolate, grey, and seen largely at night — a moody atmosphere heightened by the movie's black-and-white cinematography. In a couple of disconcerting shots, Amirpour shows us a nearby ditch, located close to a field of oil rigs, in which the bodies of residents are dumped as they die off. Bad City is seemingly fading away into history, and the few people who remain seem content retreating to their respective hiding places. Arash (Arash Marandi), a local landscaper who styles himself after James Dean, obsesses over his '50s sports car. Atti (Mozhan Marnò), a prostitute, is either working or confined to a cramped apartment.

There's rarely any interaction between characters that isn't somehow contractual. Mostly we see moments like the local drug dealer Saeed (Dominic Rains) demanding money from Atti or Arash's junkie father — this before the vampire puts an end to Saeed's business — or a young boy asking Arash for money in the opening scene. A scene at a club is one of the few featuring more than three characters, but it's marked by Arash getting high and unsuccessfully hitting on Shaydah (Rome Shadanloo), a wealthy client of his, first as a landscaper and later as the heir to Saeed's drug-dealing throne.

This absence of intimacy gives the vampire's every appearance a charged energy. Filmed in the shadows, she's a menacing presence that endangers the complacent behavior we otherwise witness in Bad City. She also initiates the only meaningful interactions that we see in the film, whether in a nascent romance with Arash or in a heartfelt chat with Atti about her work.

The surreal nature of Bad City, coupled with Amirpour's limited use of dialogue and exposition, also means Girl Walks Home invites plenty of possible allegorical interpretations — not that Amirpour is keen on affirming any of them. As the vampire disrupts the day-to-day life of Bad City, often violently, it remains mysterious just what she represents. In some scenes, such as when she scolds the young boy from the film's opening scene and tells him to "be good," she's a watchful eye for an amoral town, a vigilante. But in other moments, Amirpour battles our desire to over-interpret, positing the vampire, and the superficial Bad City residents she torments, as merely ravenous, motivated not by any code but by lust and desire.

Of course, setting the movie in Iran doesn't help dissuade the search for political undertones. But as Amirpour, who was born to Iranian parents in England and lives in Los Angeles, shifts our view of the vampire from member of the morality police to liberator of the passions, she doesn't seem naïve. She just seems more interested in wooing the audience with mystery than in guaranteeing a perfectly cohesive vision.

A similar tension exists when Amirpour engages her more pulpy influences. Girl Walks Home, it must be said, is not all serious. It's a movie, after all, where the villainous drug dealer has the word "sex" tattooed on his neck, one where the final scene feels like the start to a joyriding B-movie and features a stellar second-to-last shot that's as absurd as it is wonderfully composed.

Like much in Girl Walks Home, Amirpour's combination of the frivolous and the grim is slightly half-baked, but it's always compelling. In part that's because Amirpour has a talent for making it seem like the revelation of her grand vision lies just around the corner, even if it never comes. But mostly it's because, though the scenery seems familiar, the path Amirpour is on with Girl Walks Home feels entirely her own.