Accessibility links
'If We Left, They Wouldn't Have Nobody' When an assisted living home closed in California, many residents were still there with nowhere to go. But a cook and a janitor stayed, without pay, and took care of them. 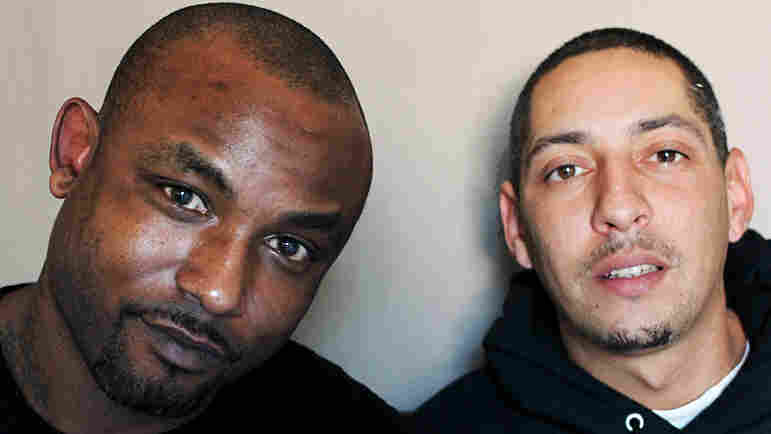 Maurice Rowland (left) and Miguel Alvarez were working at an assisted living home last fall. When it shut down, Maurice -- the cook -- and Miguel — the janitor -- stayed to take care of the residents left behind. StoryCorps hide caption 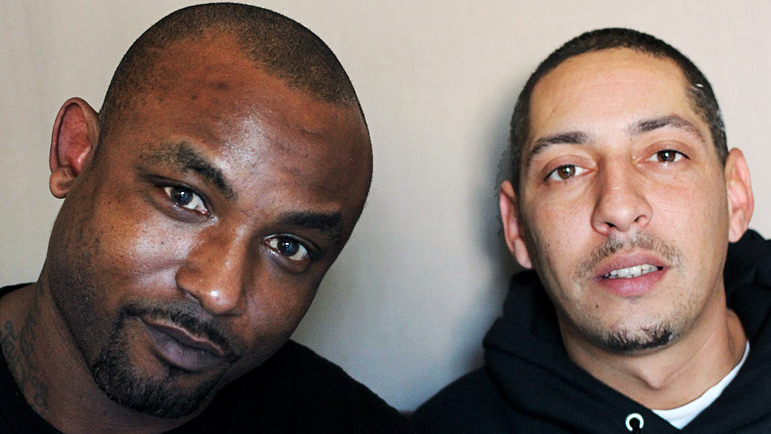 Maurice Rowland (left) and Miguel Alvarez were working at an assisted living home last fall. When it shut down, Maurice -- the cook -- and Miguel — the janitor -- stayed to take care of the residents left behind.

When an assisted living home in California shut down last fall, many of its residents were left behind, with nowhere to go.

The staff at the Valley Springs Manor left when they stopped getting paid — except for cook Maurice Rowland and Miguel Alvarez, the janitor.

"There was about 16 residents left behind, and we had a conversation in the kitchen, 'What are we going to do?' " Rowland says.

"If we left, they wouldn't have nobody," the 34-year-old Alvarez says.

Their roles quickly transformed for the elderly residents, who needed round-the-clock care.

"I would only go home for one hour, take a shower, get dressed, then be there for 24-hour days," says Alvarez.

Rowland, 35, remembers passing out medications during those long days. He says he didn't want to leave the residents — some coping with dementia — to fend for themselves.

"I just couldn't see myself going home — next thing you know, they're in the kitchen trying to cook their own food and burn the place down," Rowland says. "Even though they wasn't our family, they were kind of like our family for this short period of time."

For Alvarez, the situation brought back memories from his childhood.

"My parents, when they were younger, they left me abandoned," he says. "Knowing how they are going to feel, I didn't want them to go through that."

Alvarez and Rowland spent several days caring for the elderly residents of Valley Springs Manor until the fire department and sheriff took over.

The incident led to legislation in California known as the Residential Care for the Elderly Reform Act of 2014.

"If I would've left, I think that would have been on my conscience for a very long time," says Rowland.