Accessibility links
Jeff Bridges: In Bowling Alleys And In Rock Clubs, The Dude Abides The Big Lebowski star Jeff Bridges is known as an actor, but he's been playing music for just as long. "Whenever I'm working, I'll have my guitar with me," he says. 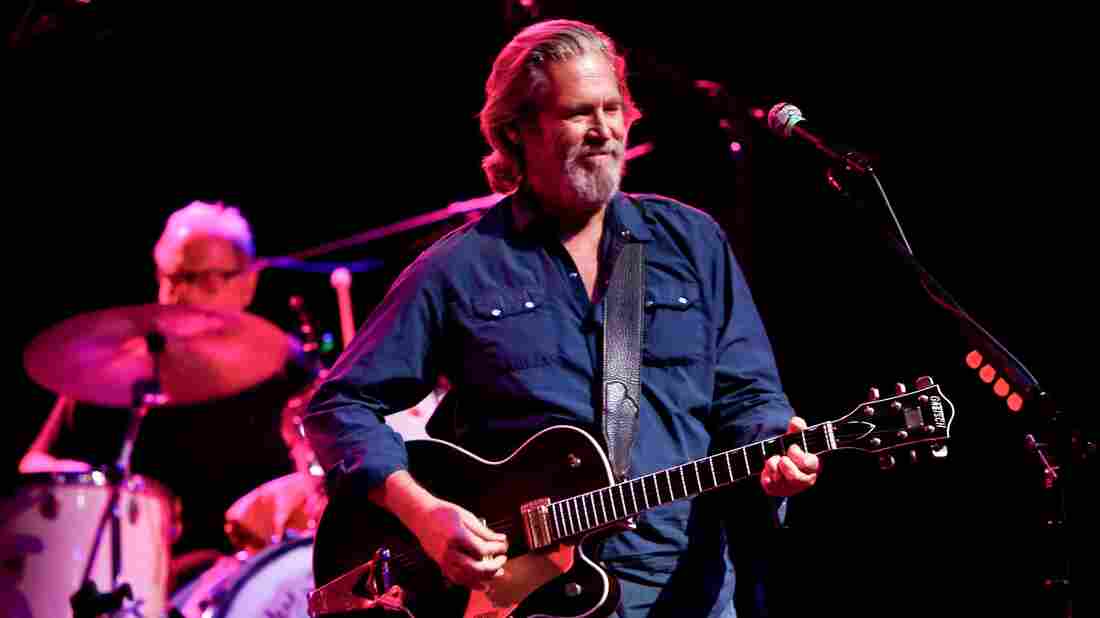 Jeff Bridges and his band The Abiders perform in concert at the Paramount in Huntington, N.Y. Debby Wong/Corbis hide caption 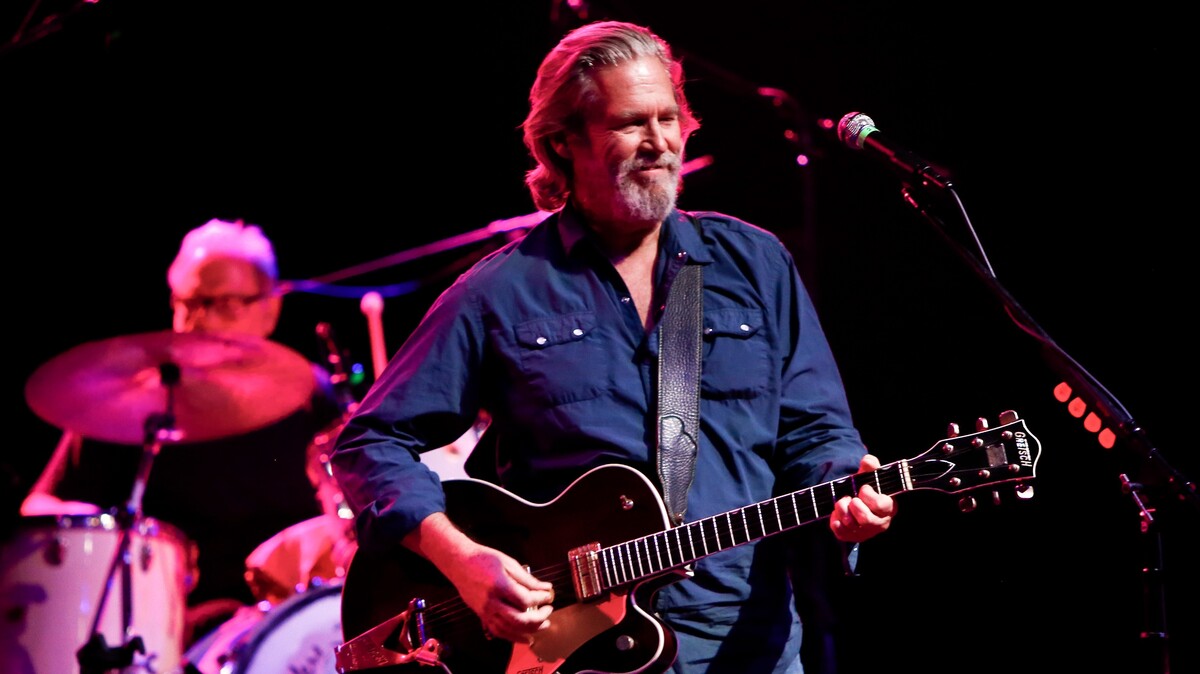 Jeff Bridges and his band The Abiders perform in concert at the Paramount in Huntington, N.Y.

Actor Jeff Bridges may have revealed his musical talent in a movie — as Bad Blake, the fading country singer in Crazy Heart — but music is more than just a side gig for him.

Bridges says he's always strumming his guitar, even when he's on a movie set.

"Whenever I'm working, I'll have my guitar with me," he says. "And if there's a nice tree to sit by, or a little creek or something, I'll go out there. Anywhere is a good place to play music."

Bridges has released two albums under his own name. He's also in a band, The Abiders — a nod to The Dude, Bridges' character in the 1998 film The Big Lebowski — which is on tour this month, playing songs from the group's new album, Live.

To Bridges, his music career is just like everything else: It's cool. 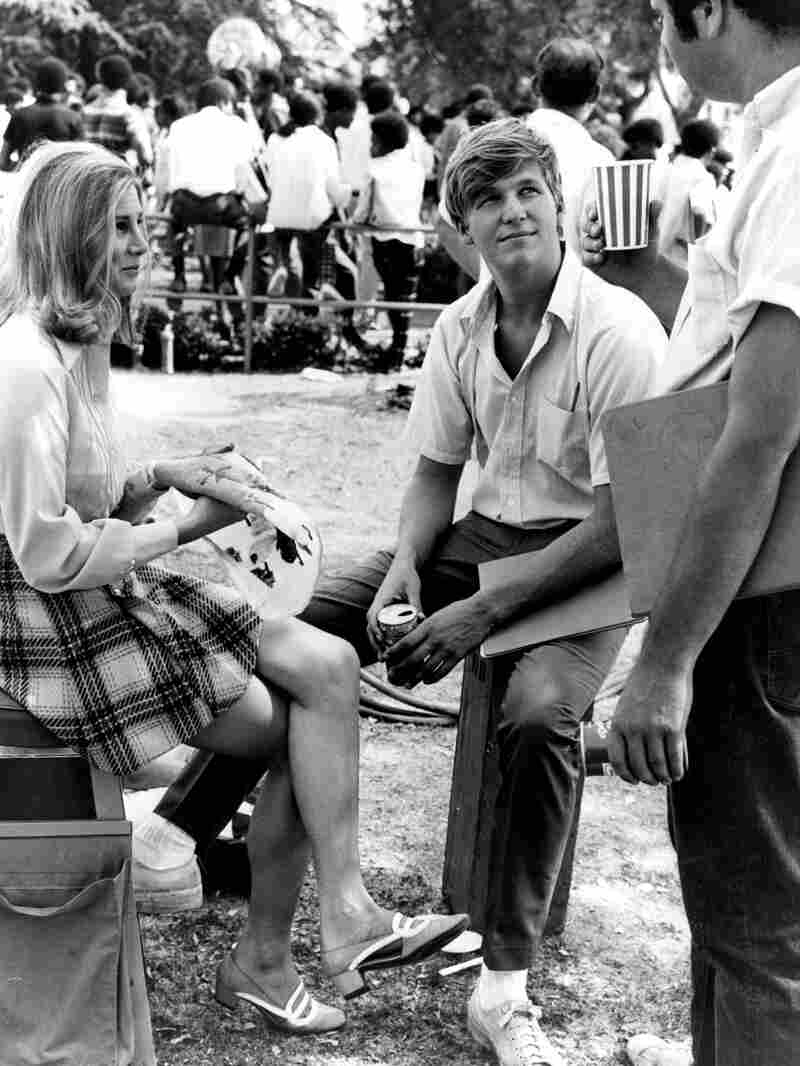 Bridges sits during the filming of the 1970 film Hall Of Anger. Getty Images hide caption 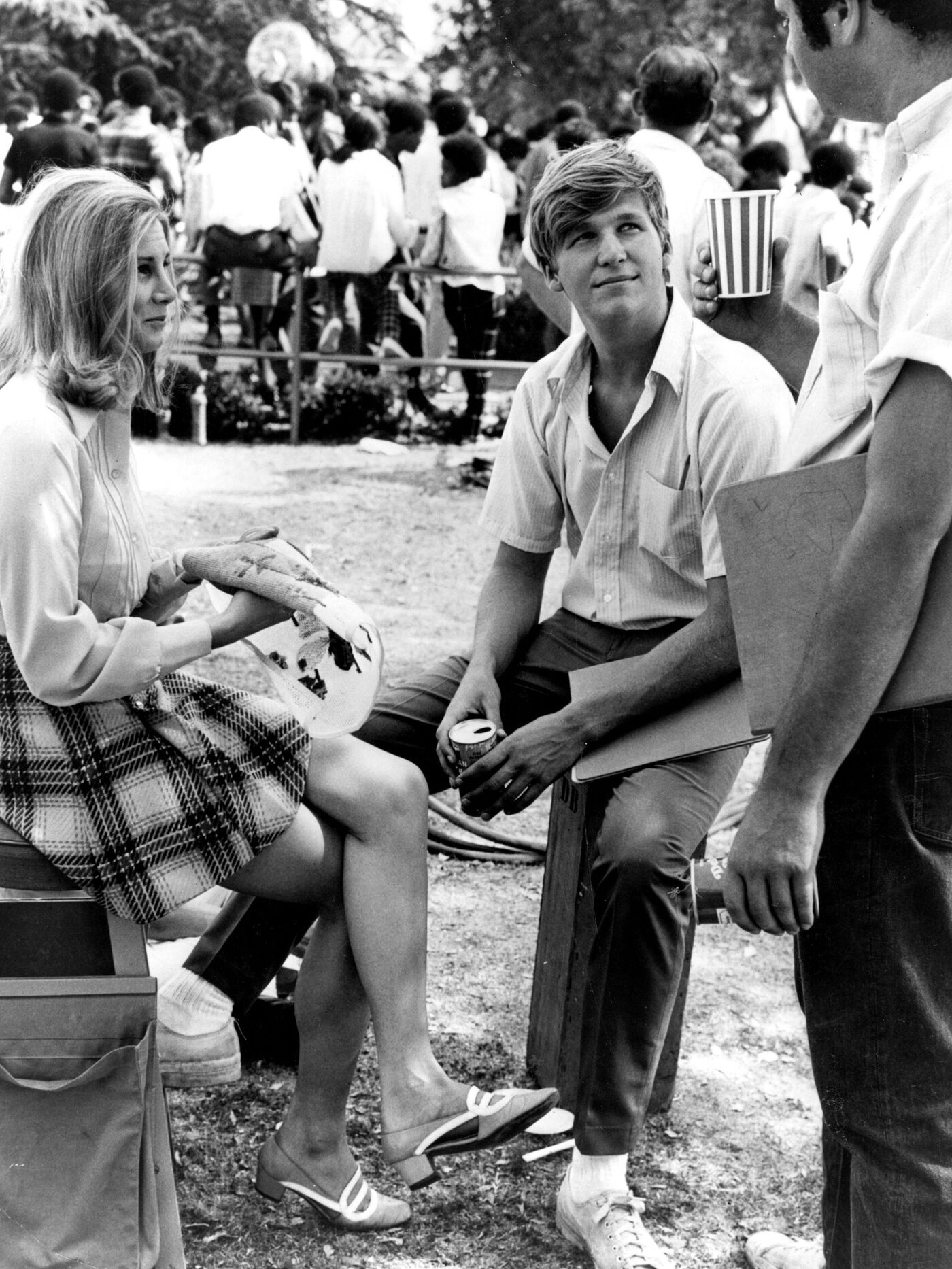 Bridges sits during the filming of the 1970 film Hall Of Anger.

"Going on 65 and I'm living this wild teenaged dream, and it's so bizarre," he says.

The actor's singing debut actually happened long before all this. Remember the black-and-white TV show Sea Hunt starring his dad, Lloyd Bridges? As a kid, Jeff appeared in several episodes — including one in which, trapped in a cave, he sings "Oh Susannah" in hopes of attracting rescue.

Then, in the early '80s in a rundown art studio in LA rented by his friend Steve Baim, Bridges and his buddies would hold jam sessions.

Baim says there was only one rule: No cover songs allowed. Everything had to be original.

Hours of strange psychedelic recordings exist on old cassette tapes that have been stored away for years.

Bridges has toned it down a little since then. With The Abiders, he plays more country and rock 'n' roll — just his style.

A couple weeks ago, I saw The Abiders take the stage at the historic Saban Theatre in Beverly Hills.

On stage, Bridges is unmistakable. A button-down shirt, sleeves rolled up, long hair slicked back and a beard. Strumming a ruby-red guitar, he's as laid-back as you'd expect up there. Between songs, he mingles with the band and chats casually with the crowd, just like he's playing for a group of friends.

As The Stranger, Sam Elliott, said at the end of Lebowski:

"It's good knowin' he's out there. The Dude. Takin' her easy for all us sinners."

Hear the full piece at the audio link.