Accessibility links
The Economics Of Thanksgiving 2014 More people will be driving and flying this Thanksgiving holiday weekend. Gasoline isn't the only thing that's cheaper. Turkey is too, along with its companions, stuffing and cranberries.

The Economics Of Thanksgiving 2014

The Economics Of Thanksgiving 2014 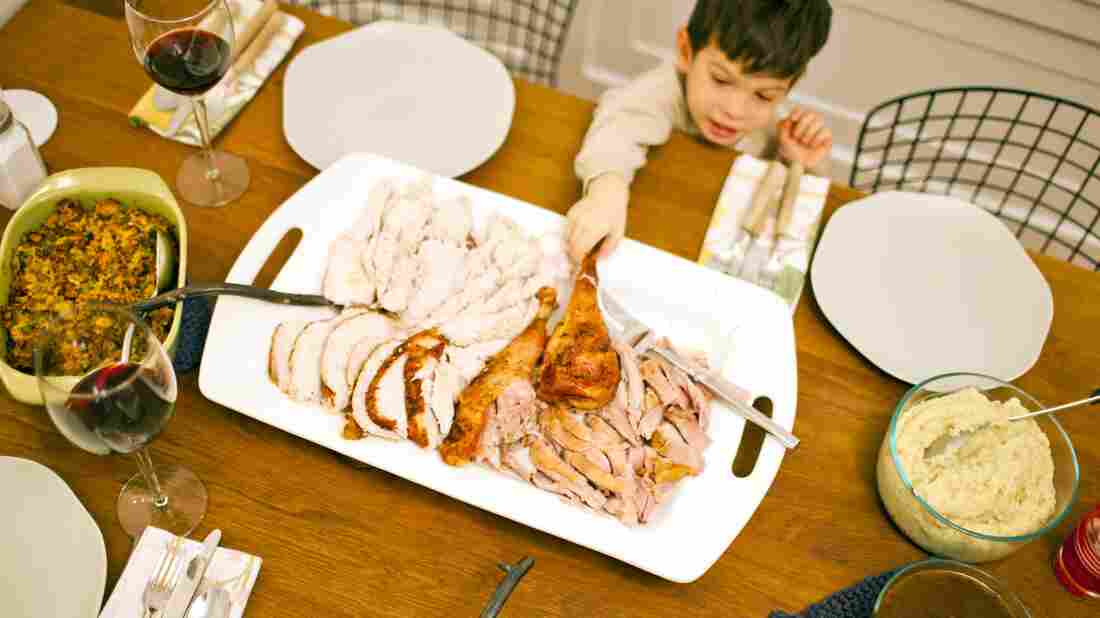 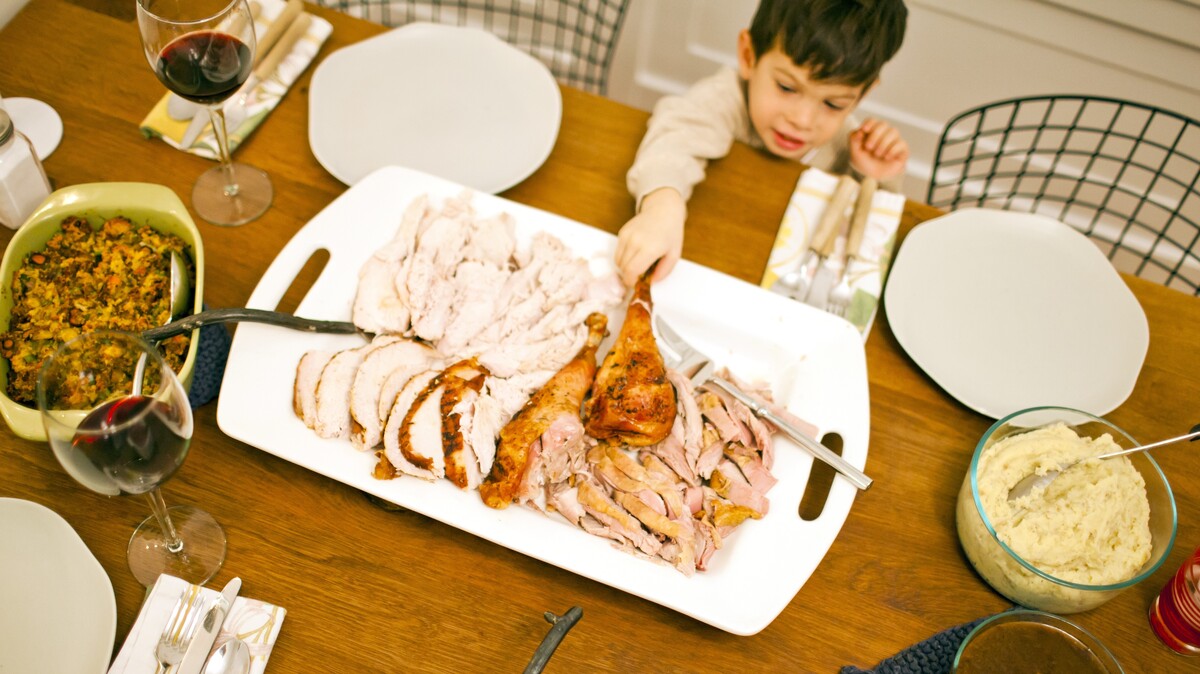 Thanksgiving is remembered for feasts, family gatherings and ... awkward conversations.

You know what I'm talking about. You're back with relatives you haven't seen in years, and the conversation takes a frightening turn toward politics, religion or, worse, your love life.

You need help. You have to switch to a newsy but neutral topic. Here's a handy list of conversation changers you can use at any time.

Just start each sentence with, "Hey, did you know that ... " and here are the safe categories:

- AAA, the auto club, predicts 46.3 million people will be driving at least 50 miles for the Thanksgiving weekend. That's the most for the holiday since 2007 and up 4.2 percent from last year.

- Gasoline prices are a bargain. The average gallon is hovering around $2.85, compared with $3.28 last year, AAA says.

Jet Fuel Is Down, But Not Enough For A Thanksgiving Fare War

- This is the busiest air-travel time of the year. Airlines for America, the airline trade group, says 24.6 million passengers will fly over the Thanksgiving holiday period.

- The airline group says air travel will be up 1.5 percent, but the number of passengers remains about 6 percent below the pre-recession level.

- The American Farm Bureau Federation's annual price survey found the average cost of this year's Thanksgiving meal for 10 is $49.41, a 37-cent increase from last year.

- Don't blame the turkey for the slight uptick. The AFBF says the typical 16-pound turkey will cost $21.65. That's an 11-cent decrease from last year.

- In fact, cranberries, stuffing and pie shells are down in price. The slight rise in total meal cost can be blamed on higher prices for sweet potatoes, milk and whipping cream.

- Since the first Macy's Thanksgiving Day Parade in 1924, most Americans have regarded the following day as the "official" start of the holiday shopping season.

- Struggling to boost sales in the wake of the Great Recession, many retailers began opening on Thanksgiving Day. But some customers prefer shopping at stores that allow workers to stay home on the holiday.

- So there's a split. Wal-Mart, Kmart, Sears and Target — even Macy's — are opening on Thanksgiving. But Costco, Nordstrom, Crate & Barrel and many others will be closed.

There you have it — four categories of Thanksgiving factoids that can help steer any strained conversations back to a safe zone. Feel free to give thanks for them.