North-Of-The-Border Horror In 'Go Down Together'

North-Of-The-Border Horror In 'Go Down Together' 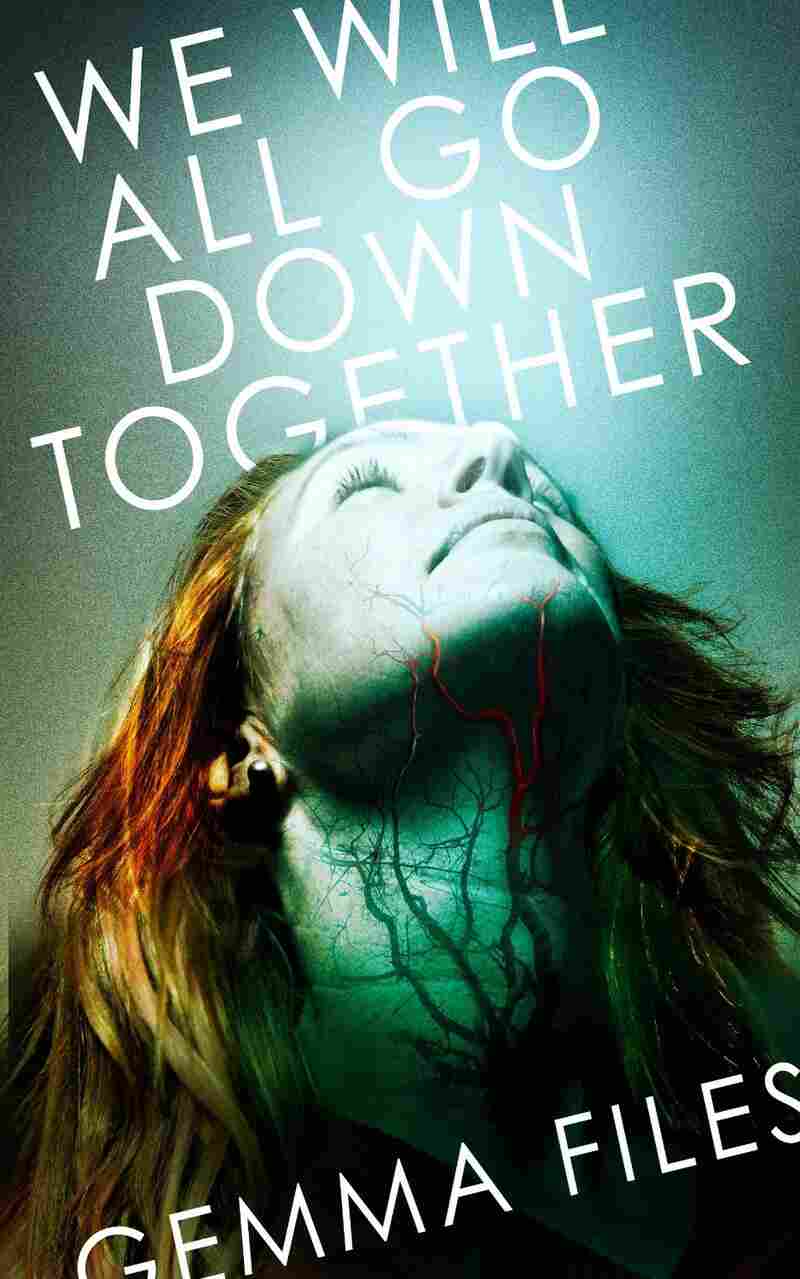 We Will All Go Down Together

Title
We Will All Go Down Together
Author
Gemma Files

"There is a town in north Ontario / With dream comfort memory to spare," sings Neil Young on the 1970 CSNY track "Helpless." "Helpless" also happens to be the title of the tenth and final story in Gemma Files' new collection, We Will All Go Down Together. The similarity isn't a coincidence; Files quotes Young's lyrics directly in another story, "Strange Weight." And the whole volume revolves around a fictional town in northern Ontario called Dourvale — a village which, like the town in Young's song, has dreams and memories to spare. Only there isn't any comfort to be found in Dourvale, just an ancient, arcane horror.

Dourvale — along with a nearby town, the similarly fictional Overdeere — lies in a remote area of Ontario. That's why five families of intermarried settlers (named Devize, Druir, Glouwer, Roke and Rusk) immigrated to Dourvale centuries ago. Collectively known as The Five-Family Coven, they left Scotland to avoid persecution for witchcraft, heresy and the blood of the faerie-folk that's rumored to run through their veins.

The Coven once had insidious designs to remake the world. In the present day, though, the families are scattered, their secrets are starting to wear thin, and many of the descendants of Dourvale have moved elsewhere in Canada. Carralough "Carra" Devize is the book's de facto protagonist. A powerful psychic with a tragic past — plus an eerie appearance thanks to a supernatural incident in which she lost her skin but not her life — Carra works as a medium for hire.

In fact, many of the book's characters survive by selling their occult abilities, often at the expense of their sanity or souls. Joe Tulugaak calls himself a "shaman for hire." Jude Hark performs back-alley spells for the right price. Maccabee Roke, a defrocked priest who entered the Catholic Church in order to escape the Coven, is roped into becoming a thief of mythic artifacts. Jodice Glouwer is employed by an ectoplasmic cleanup crew. Not all the characters are supernaturally endowed; Galit Michaels is a down-and-out folksinger whose obsession with the mystic lore behind folk music uncovers more about the Coven than she'd bargained for.

The cast is sprawling, but Files laces is deft at lacing their lives together — an incredible feat, considering she wrote these stories for various publications over the course of a dozen years. Four of the ten stories, however, are new to this collection, including "Helpless," which finally ushers the reader into Dourvale itself. Up to that point, the village appears mostly through memory, rumor, and legend. The real thing is more vivid, and more metaphysically unnerving.

What makes We Will All Go Down Together so riveting isn't its ideas or imagery, as richly atmospheric and detailed as they are. It's the author's voice. Colorful, powerful, and charismatic, her characters are rendered in bold strokes and poignant nuances. Even when the book sags slightly in the middle — two back-to-back stories, "The Narrow World" and "Words Written Backwards" are the weakest of the bunch, both of them suffering from a reliance on paranormal cliché — she infuses her characters with wit, spark, and depth. And when she breaks convention to deliver Galit's story entirely through a series of blog posts, web searches, online chats, and song lyrics, she makes it all seem effortless.

That story, "Landscape with Maps & Legends: Dead Voices on Air," opens the book. Like "Strange Weight" and "Helpless," it's full of musical references; throughout her bone-chilling account of Galit's seduction by the Coven, Files name-checks legendary singers like Johnny Cash and Judy Collins. The references aren't gratuitous, and you don't have to be a music fanatic to appreciate how well Files is able to weave folk and country songs into her complex web of plot, characters, and settings. In lesser hands, it would be a mess. In Files', they harmonize wonderfully.

Like the songs on any great album, the stories of We Will All Go Down Together twine together to form a cycle, twisted as it is — and then Files takes that idea one step further. Her book is a short-story collection, true, but it also works as a dark, fractured mosaic of a novel. Across continents and centuries, the ghost-magic of Dourvale still cuts and pastes the fabric of reality. With her ghostly, magical storytelling, Files does the same.