Accessibility links
In 'The Babadook,' A Mother's Sacrifices And A Monster's Roar Jennifer Kent's genre-bending horror film gives brave voice to the fury of many mothers and continues a tradition of Australian women unafraid of explorations of fear.

In 'The Babadook,' A Mother's Sacrifices And A Monster's Roar

In 'The Babadook,' A Mother's Sacrifices And A Monster's Roar 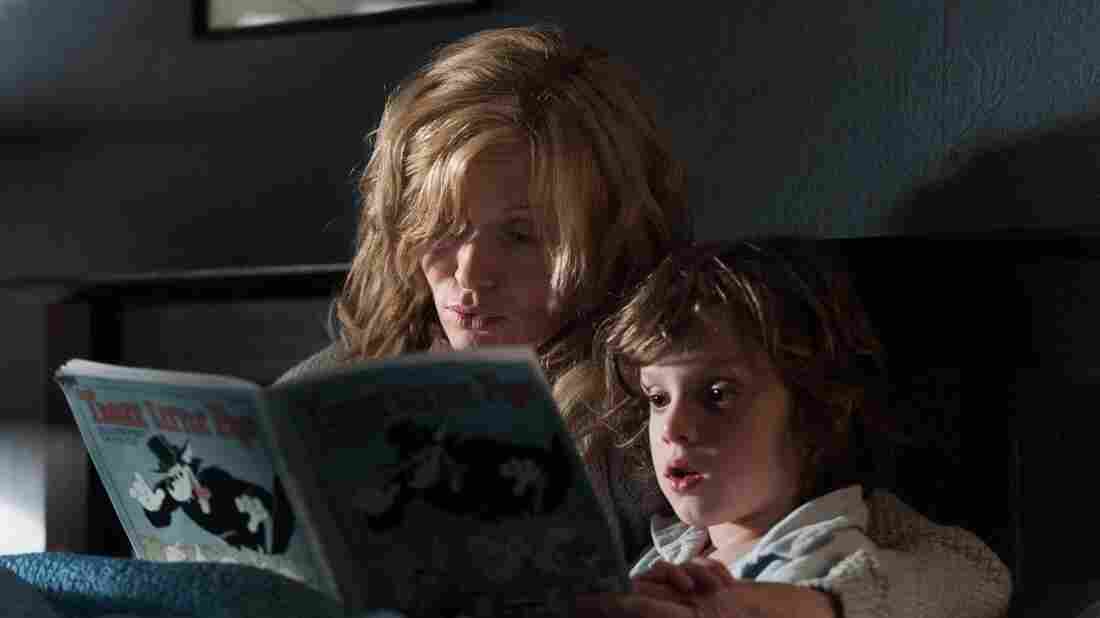 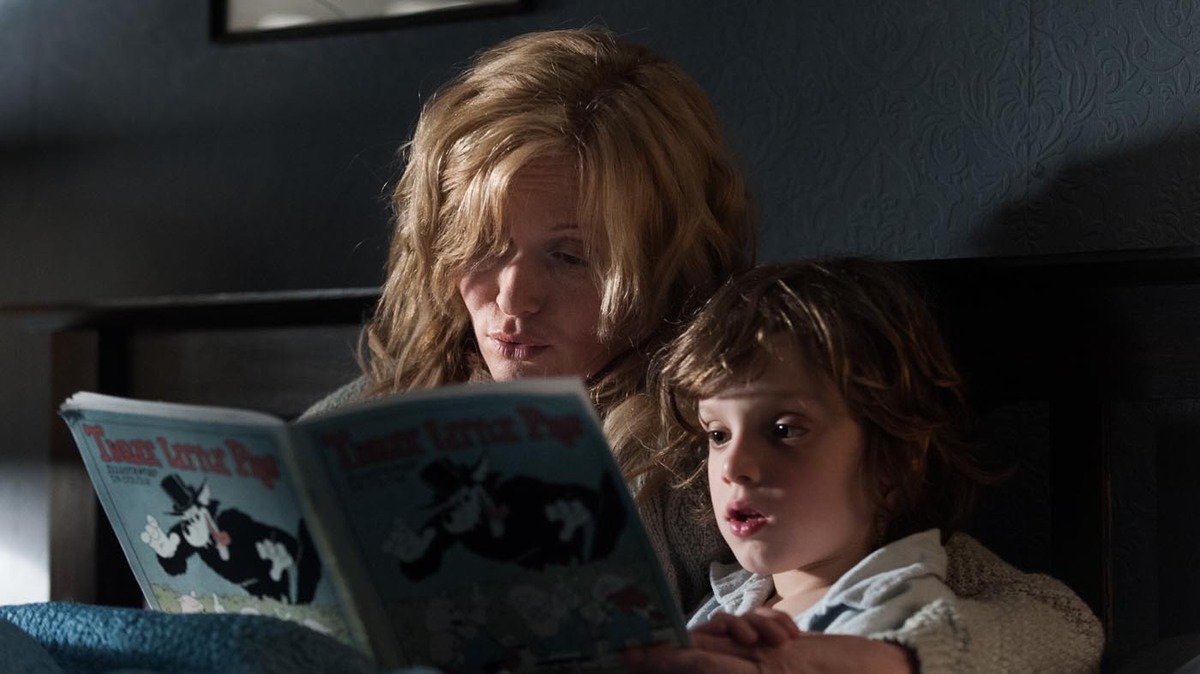 Essie Davis and Noah Wiseman in The Babadook.

Fun though it is that women in American film have begun to dip their fingers into the macabre genres, they're way behind Australia's curve. If you're old enough to remember Jane Campion's 1989 debut feature Sweetie (about a family almost as crazy as its psychotic daughter) or Jocelyn Moorhouse's 1991 Proof (about a blind photographer), you'll know that women filmmakers from down under have long embraced the sick and twisted — so long as it's firmly grounded in the domestic.

In that spirit, Australian writer-director Jennifer Kent is here to remind us what blizzards of CGI horror have made us forget — that the best monsters come from within, often the female within. Worked up from Kent's well-received short Monster, The Babadook makes the most of its special effects as needed, but this smart little frightener keeps its head close to the rising anxiety of a young widow whose husband died a violent death. More than six years later, Amelia (the outstanding Essie Davis, whose lived-in face you may remember from Girl With a Pearl Earring and a couple of Matrix movies) is trying to maintain a normal family life for herself and her son Samuel (Noah Wiseman). But it's fair to say she's moving through the stages of grief slowly, if at all.

In fact, Amelia is stuck fast in sorrow and in other less polite emotions that are lathering up for a diva of an entrance. Samuel, a bug-eyed tyke approaching his seventh birthday, is obsessed with a storybook about a monster called The Babadook. His terror results in so much bad behavior that he and his mother are becoming social pariahs. And if you think Sam's acting out, watch what happens to his tightly wound mama when things go bump in the night, light bulbs start fizzing, and No One In Particular knocks on the door. For Amelia, incrementally bad hair days are just the opening act of her mounting distress. If you want to know how bad things might get for her, factor in that Kent worked with Lars von Trier on Dogville.

Decked out in elegant charcoal greys, The Babadook's weird camera angles and gloating black comedy nod back to early Campion, and behind her to David Lynch and Roman Polanski. The cadaverous monster is all Edward Gorey — and come to think of it, it's not clear that it's a he. The more obvious candidates who might be pulling the strings of this nocturnal terrifier are a creepily solicitous co-worker (Daniel Henshall) on the dementia ward where Amelia, a former writer, now works in quiet desperation; and the kindly old lady (Barbara West) next door, name of Mrs. Roach, who loves Samuel to death. There's also Amelia's sister (Hayley MacElhinney), who wins no prizes for empathy. Social workers and meds don't rate highly either, and a brief appearance by the dear departed is of no help at all.

Then again, the Babadook itself doesn't visit often, at least not in uniform. Rage does, and it empowers. The price Amelia paid for having Samuel is tragic and extreme, and she's mad at her son for reasons other than that his party manners lack polish. Yet the movie is also a frighteningly precise account of the way everyday stress can build and take over in anyone, but especially in a single parent trying to cover all the bases alone.

There's no shortage of movies in which the monster turns out to be us, of course. But Kent disrupts the rules of the genre, in which more typically a mother seeks to protect her young from malignant forces. The Babadook gives rare and brave voice to the fury that many, if not all mothers sometimes feel for their kids because of what they have sacrificed for them.

If I tell you that The Babadook is a feminist self-help manual, it will give you the wrong idea entirely about this wonderfully anarchic film. But in its gleefully warped way, that's exactly what's going on with Amelia. Her liberation gives new meaning to the term "hear me roar," and you can call her transformation an exorcism, an epiphany, a therapeutic intervention or whatever else you like. But do stay to find out where The Babadook lives these days, and what it gets for its lunch.