Accessibility links
The Holiday Films Are Coming, From 'Moses' To 'Annie' Bob Mondello offers a selective preview of what Hollywood has in store for the holidays. There are musicals, there are biopics, and the seas literally will part. 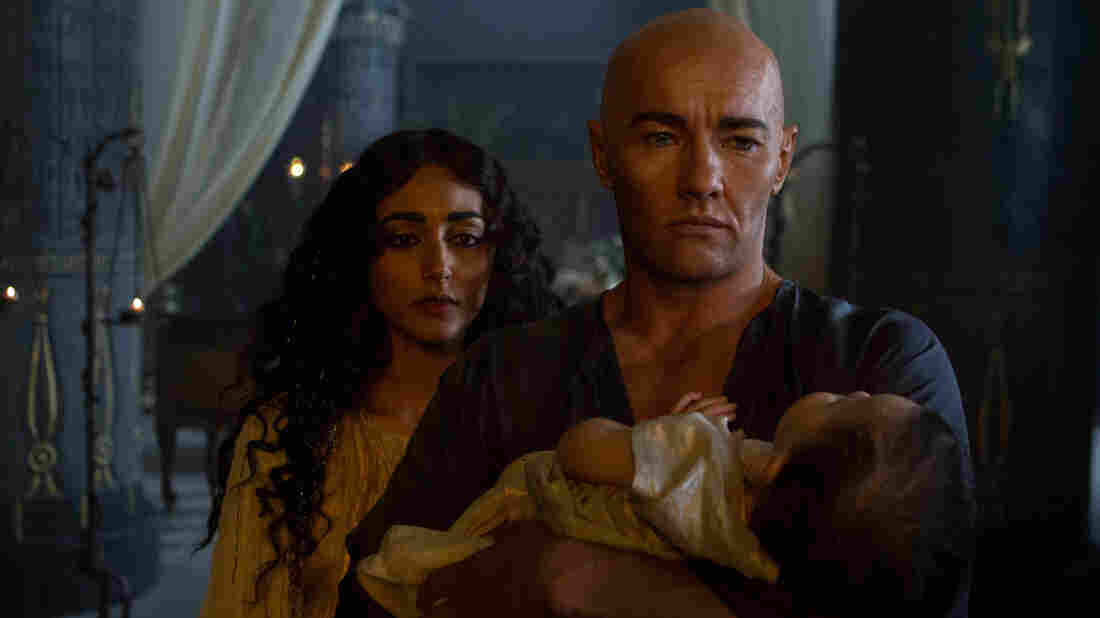 Rameses (Joel Edgerton) and his wife Nefertari (Golshifteh Farahani) try to save their stricken child, a victim of one of the plagues, in Exodus: Gods And Kings. Kerry Brown/Twentieth Century Fox hide caption 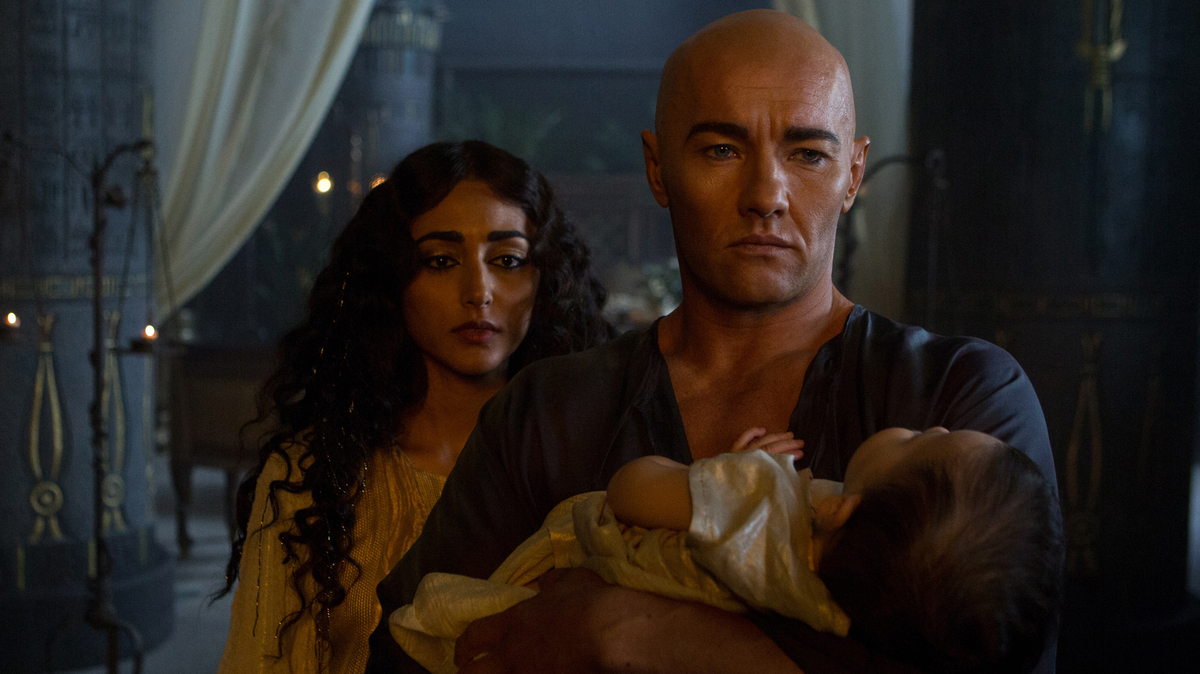 Rameses (Joel Edgerton) and his wife Nefertari (Golshifteh Farahani) try to save their stricken child, a victim of one of the plagues, in Exodus: Gods And Kings.

Every year, Hollywood tries to go out with a bang — the question this year is, which bang will be biggest? For sheer moviemaking grandeur, you'd think it would be hard to top the subduing of the dragon Smaug in The Hobbit: The Battle Of The Five Armies. But Peter Jackson's only got Gandalf and armies. In Exodus: Gods And Kings, Ridley Scott's got Moses, 400,000 slaves, and an effects budget Pharaoh would envy, not to mention the parting of the Red Sea.

Shall we call that a draw?

Actually, the action this holiday season, as in most holiday seasons, is in based-on-a-true-story stories, because Oscar voters are as fond of biopics as they are short of memory. Among the notable ones this season:

Unbroken was directed by Angelina Jolie, and unlike previous years when it was startling to see even one woman director leading a prestige project during awards season, this year there are two. The other is Ava DuVernay's measured, majestic Selma, which chronicles Martin Luther King's 1965 campaign for voting rights, and the opposition of Alabama Gov. George Wallace.

And while women directed those stories of struggle and resistance, they're also out in front of the camera in other potential award contenders: Julianne Moore suffering from early-onset Alzheimer's in Still Alice; Reese Witherspoon as Cheryl Strayed, trekking more than a thousand miles to put her life in order in Wild; and Amy Adams, playing 1950s artist Margaret Keane as she struggles against a husband who claims credit for her hugely popular paintings in Big Eyes.

Art-house audiences will have a wealth of foreign films to choose from, including Two Days One Night, the Dardenne brothers' wrenching (and timely) story of workplace downsizing, and Leviathan, which looks at a vodka-soaked landscape of Russian corruption.

Chris Rock wrote, directed and stars in Top Five, about a comedian who's frustrated that he can't get the entertainment industry to take him seriously, while Seth Rogen co-wrote, co-directed and co-stars in The Interview, a less-serious look at someone anxious to be taken seriously. Rogen plays James Franco's producer on a tabloid-TV show that scores a face-to-face sitdown with Korean leader Kim Jong Un, a fact that attracts attention from the CIA.

And all of that's before you even get to the musicals Annie and Into The Woods, the latter a comparatively dark look at what happens after "happily ever after," the former a show for those convinced the sun'll come out, um, you know when (if I type it, I won't be able to get it out of my head).

Good luck resisting if you're a parent ... or even if you're not.