Accessibility links
For These Millennials, Gender Norms Have Gone Out Of Style Many millennials say they find traditional notions of gender too confining. And they are rewriting the rules and refashioning clothes so that they can dress and accessorize in whatever way they want. 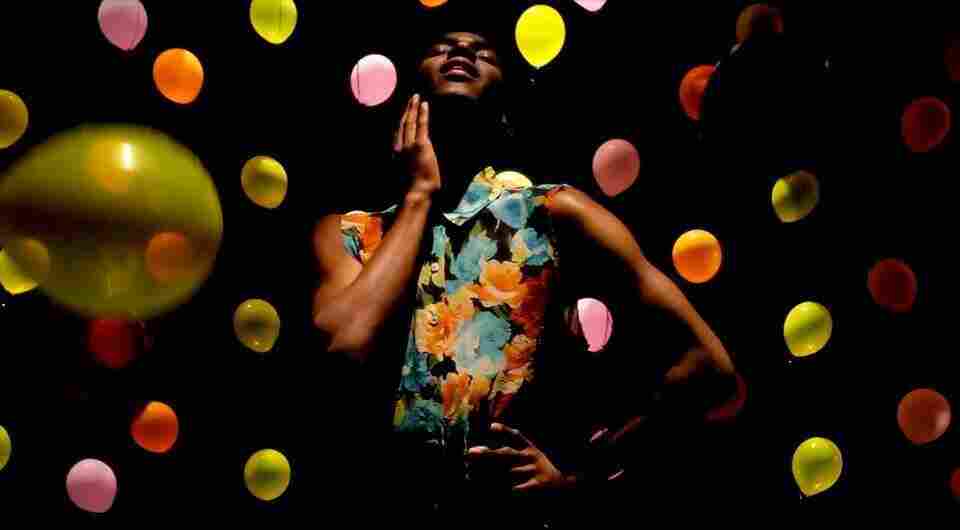 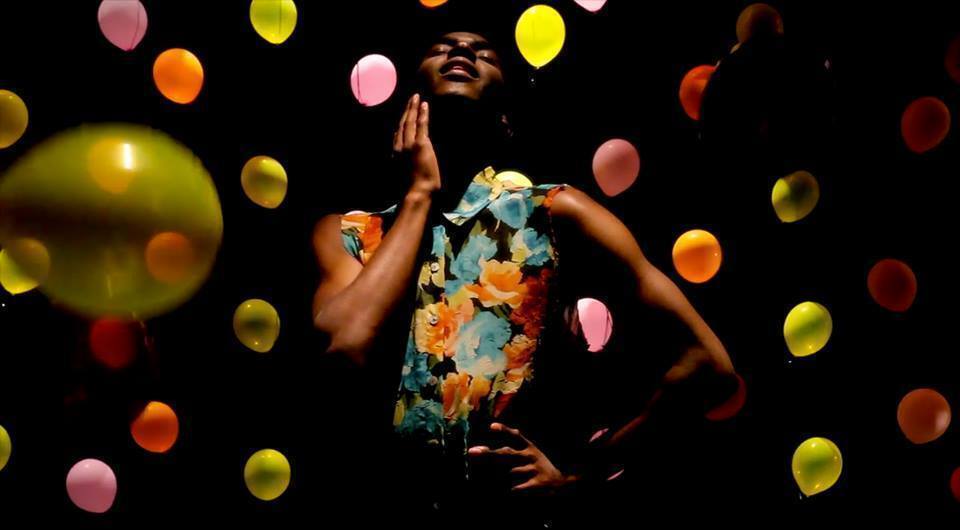 Greg David, a 24-year-old employee at Urban Outfitters in Washington, D.C., says he has masculine days and feminine days.

Cameron Finucane, a burly, 26-year-old technology consultant in Ithaca, N.Y., started painting his nails a few months ago. He has just started dating Emily Coon, a 24-year-old writer who has sworn off nail polish.

Finucane and Coon, as well as many other millennials, say they find traditional notions of gender too confining, even ill-fitting. They are challenging the idea that men must dress a certain way, and women another. And they are rewriting the rules and refashioning clothes so that they can dress and accessorize in whatever way feels right to them.

More than two-thirds of people ages 14 to 34 agree that gender does not have to define a person in the way that it used to, according to a 2013 study conducted by the Intelligence Group, a consumer insights company. And 6 in 10 say that men and women do not need to conform to traditional gender roles or behaviors anymore.

Finucane always liked colors, he says. And one day, while watching his friend paint her nails, he decided he wanted to try, too. Nowadays, he almost always has his nails painted. He's done blue, yellow, pink. Finucane, who works with computers, even painted his nails all the colors of the inks used in color printing, which mix together to make most of the colors we see.

Coon thinks it's great that Finucane paints his nails. But she doesn't like it on herself. It makes her feel uncomfortable, "like if someone were forced to dress up in drag if they didn't want to," she says. 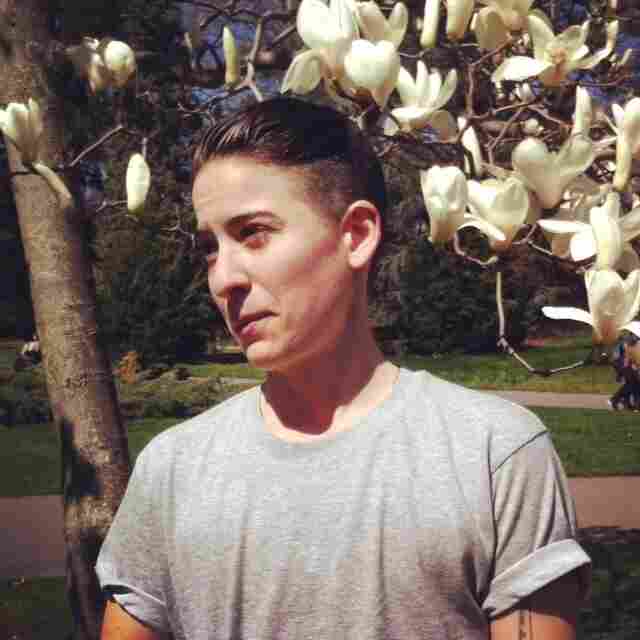 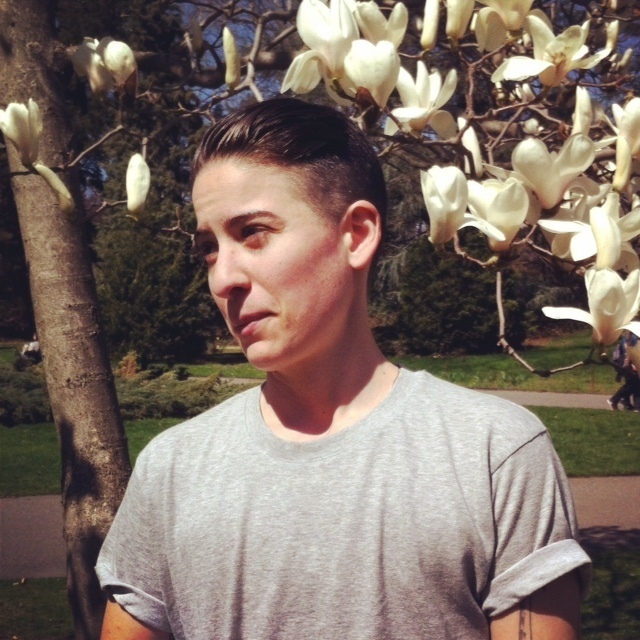 Rae Tutera is the official "queer clothier" of a bespoke clothing company based in New York City.

"This generation views gender as a mark of self-expression — they view it as a way of displaying their full sense of self," she says.

For example, Rae Tutera, who will appear in an upcoming documentary produced by Lena Dunham about gender nonconformity in fashion, says that the first time she felt like herself was in a men's suit.

Tutera, 29, says she is "on the masculine side of the gender spectrum." She has short hair and light freckles. While at a sandwich shop near her house in Brooklyn, she turned her back each time she took a bite out of her egg sandwich in case it got messy.

Tutera bought her first suit after she was invited to a formal New Year's Eve party five years ago.

"Sometimes you have to act braver than you feel," she says, remembering what it felt like to enter a fancy men's suit store in Manhattan.

Tutera has worn men's clothing for most of her life. But before, she says, the clothes hid her. In that suit, made exactly to her measurements, Tutera realized she has the right to be visible.

Tutera searched for a tailoring company where she could learn to make suits for other people like her, and make the process better. She ended up at Bindle & Keep, a company based out of New York City, and became their official "queer clothier." "Queer" in this case doesn't just mean gay; it also refers to anyone who finds that traditional gender categories don't quite fit.

The End Of Gender?

Three Suits, Lena Dunham's documentary, will follow three of Tutera's clients as they get fitted for their first suits. It'll be about "the unparalleled meaning" these suits have in their lives, says Tutera.

But for some millennials, expressing their gender in a way that feels right is less about finding one article of clothing, or a set style, and more about fluidity.

Greg David, a 24-year-old employee of the chain clothing store Urban Outfitters in Washington, D.C., says, "There's certain days for it," when asked if he thinks of himself as masculine.

On any given day he might wear a flowing silk shirt, pants so tight as to be almost leggings and maybe even a brooch.

David came out as gay in high school. But it wasn't until college, when he realized he could wear whatever he wanted to, no matter what gender it was designed for, that he felt like he came into his own.

"Dressing this way is how I found my voice," he says.

Gender-bending millennials such as David aren't exactly the norm, though, according to Suzanna Walters, director of the Women's, Gender and Sexuality Studies Program at Northeastern University. She says most millennials don't push gender boundaries.

"It's a real minority. And it gets played up in the media more than everyday life. The vast majority of people still obey gender roles," she says. "Just walk down the street."

But many even conventionally dressed millennials are considering the ways in which gender might be flexible.

"It's something people are playing with: ... What does it mean to act more masculine in the classroom? More feminine when listening?" says Alejandra Oliva, a 22-year-old student at Columbia University.

It's questions like these that the gender-bending set raises both out loud and through clothes and accessories. And they're questions anyone can think about, whether or not they feel comfortable in nail polish.

Lidia Jean Kott is a production assistant for NPR.org.