Accessibility links
Small Retailers Jump On The Subscription Box Bandwagon Companies like Dollar Shave Club have pioneered a model that is filtering down to small businesses — even some self-employed Etsy crafters — drawn by the lure of steadier revenues. 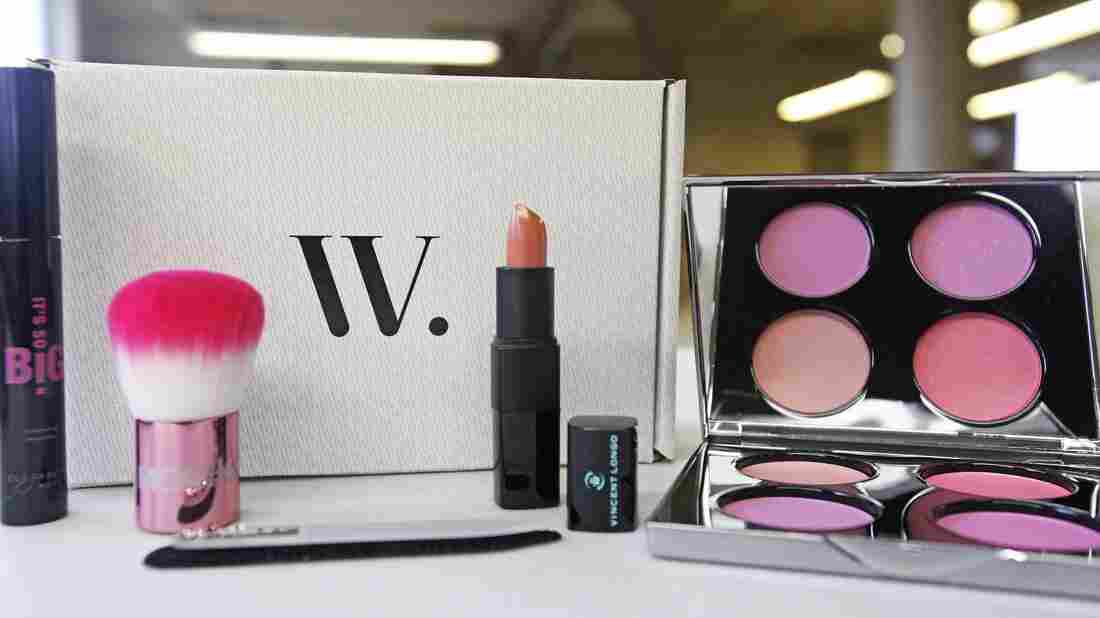 The Wantable company arranges makeup, jewelry/accessories and undergarments in a box to match each subscriber's tastes. The company started with three employees in 2012 and now has 24. Alyssa Pointer/MCT/Landov hide caption 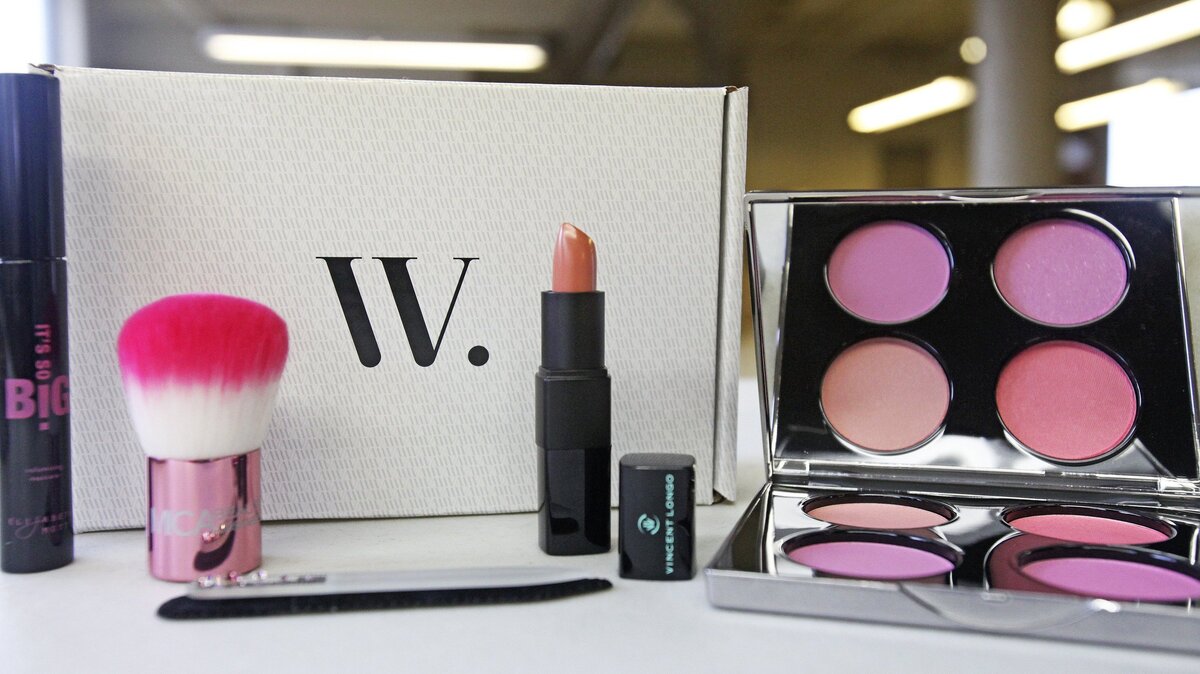 The Wantable company arranges makeup, jewelry/accessories and undergarments in a box to match each subscriber's tastes. The company started with three employees in 2012 and now has 24.

For three years, Erin Maynard ran a store called The Geeky Cauldron out of her home in Phoenix. On the online artisan marketplace Etsy, she sold jewelry inspired by themes from popular books, films and TV shows: think vampires and wizards. For the most part, it made her decent income, but month-to-month sales were a roller coaster: Some months, sales topped $5,000, while other months they barely cracked $1,000.

That is, until she got in on one of the hottest — but dullest-sounding — trends in retailing. It's the subscription business, in which companies bundle up boxes or groups of products and ship them off to loyal customers.

The concept isn't new, of course, but in the past couple of years, that home-delivery model has gotten hotter than ever, for products including picture books, handmade soap, dog treats and date-night tickets.

And the money has followed: The success of companies like Birchbox and Dollar Shave Club has captivated venture capitalists, who've poured nearly $1 billion into subscription e-commerce in the past five years, according to CB Insights, and spawned hundreds of imitators. Amazon, Target and also Wal-Mart have gotten into the action, launching subscription services for groceries and cosmetics.

In the latest evolution of the trend, mom and pop shops are jumping in. Maynard launched a site called Fandom of the Month Club that each month sends subscribers two to four pieces of jewelry based on a theme. Among the items in her first box were a bow-and-arrow necklace and a bird bracelet, in a nod to Katniss Everdeen of The Hunger Games. Her subscription saw quick results after launching in early October: She reached her monthly target of sign-ups in just five days.

No wonder other businesses are following suit. Companies such as Umba and Fair Ivy sell subscription boxes with products sourced exclusively from artisans and small businesses. It's also catching on among other Etsy sellers: Some 80 sellers now offer subscriptions for their handmade and artisan products, Etsy confirms, and a search for "subscription box" on the site brings up more than 140 items.

And of course, the successful idea has spawned a slew of business-to-business sites, including Subbly and Cratejoy, that offer tools to make it easier for small retailers to set up subscription services of their own.

Maynard had been mulling over the idea of launching a monthly subscription when she came across a similar provider, Cratejoy, in a Google search. The company's service was still in private beta, and once she got access and created her Fandom of the Month Club, she didn't expect it to get much notice.

"I literally threw it up there, and I woke up and had 21 subscribers," she says. Maynard ended up creating a waiting list when her shop reached 120 subscribers, because that was the maximum number of orders her supplier could meet.

With subscriptions at $13 a month, Maynard's sales are pretty modest, though she says 30 percent of her customers already have dropped the dough for three- or 12-month packages. But for her, the guaranteed sales are a game changer. The upfront revenue allowed Maynard and her husband to finalize plans to move from Phoenix back to her hometown of Omaha, Neb.

"It's paid entirely for my move," she says. "My whole life has changed in four weeks." 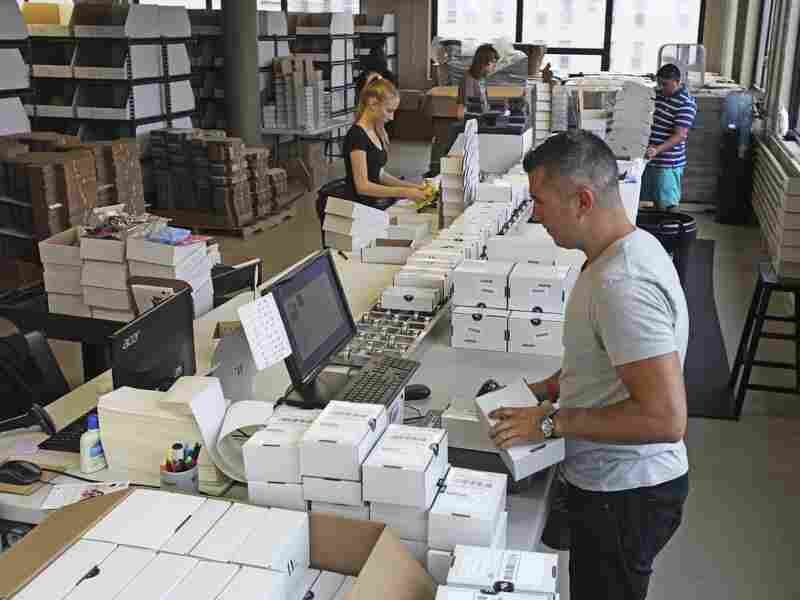 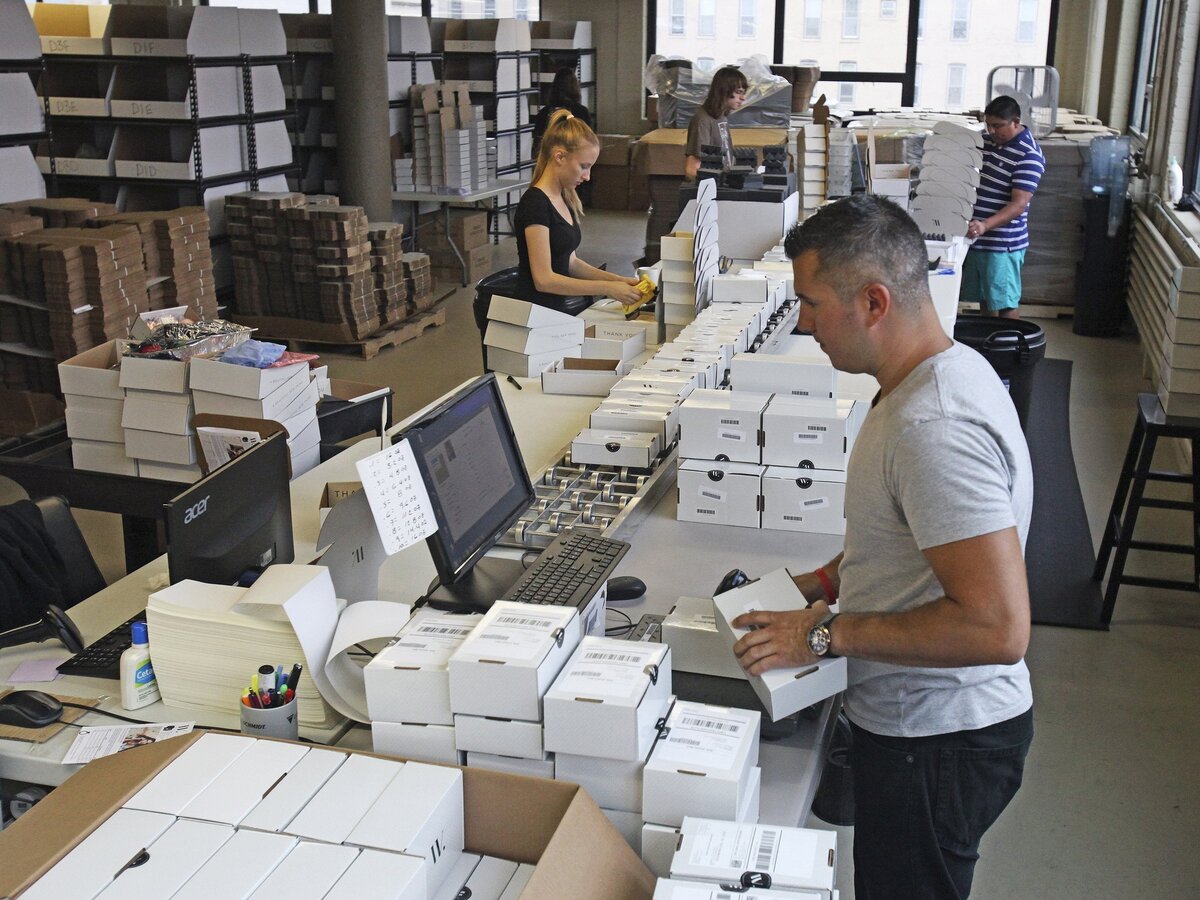 Employees work fill, label and packaging each personalized box Aug. 12 inside the distribution room at Wantable in Milwaukee.

The guarantee of regular money is just one of the boons subscription services offer small businesses. Because items are shipped only once a month, it's also easier for retailers to manage inventory.

"That's a huge, huge deal for merchants," says Amir Elaguizy, the CEO of Cratejoy. "It makes the business so much better run."

Cratejoy, which publicly launched in mid-October, has signed up some 3,300 retailers, most of them small to midsize. It offers three service plans, ranging from $0 to $299 a month, with transaction fees between 1.25 percent and 3.75 percent.

In fact, selling boxes full of quirky items may be a smart strategy, says John Warrillow, the founder of The Sellability Score and author of the forthcoming The Automatic Customer: Creating a Subscription Business in Any Industry.

"Retailers are getting killed by Amazon," he says. "The only way they can win is with a unique product."

Still, subscriptions aren't an automatic gold mine. Customers have almost too many choices these days, and even once they've fallen in love with the product, retailers have to stay on the ball to make sure their buyers don't get bored with the monthly shipments.

That may require regularly changing the product mix, says Warrillow. He notes that Dollar Shave Club, for instance, now sells other grooming products alongside its razors.

Also, because their inventory is limited, many subscription retailers don't allow exchanges or returns unless a product is defective or an order is incorrectly filled, which may be a turnoff for some customers.

Perhaps the biggest challenge is scaling up, especially for custom or handcrafted products — as Maynard can attest, small suppliers often have trouble filling bulk orders — and that limited capacity could put a ceiling on some businesses' growth.

Tim Ray, a co-founder of Toronto-based Carnivore Club, which sells a monthly subscription box for artisan-cured meat, says he expects his company's customer base to remain fairly small. He often scours the yellow pages for small-scale butchers to work with, and few can supply thousands of customers at a time. Carnivore Club has 2,000-odd customers right now, who each pay $50 to $55 a month, but Ray may establish a waiting list once membership hits 5,000 or 6,000.

"I think there's a natural cap on businesses like ours," he says. "It's not one you can grow indefinitely."

But for many small retailers, gaining steady sales is enough. Maynard is so pleased with her monthly box experiment that she's decided to close her Etsy shop to focus on Fandom of the Month Club.

"Even if I don't get any more subscribers, it will pay a large portion of the bills," she says.

And that's enough for most mom and pops.