Accessibility links
How Private Collectors Helped Make Miami An Art Destination Every December, tens of thousands of visitors descend on Miami. But they aren't there for the beaches; they're there for Art Basel, a giant art fair that private collectors helped lure to the city. 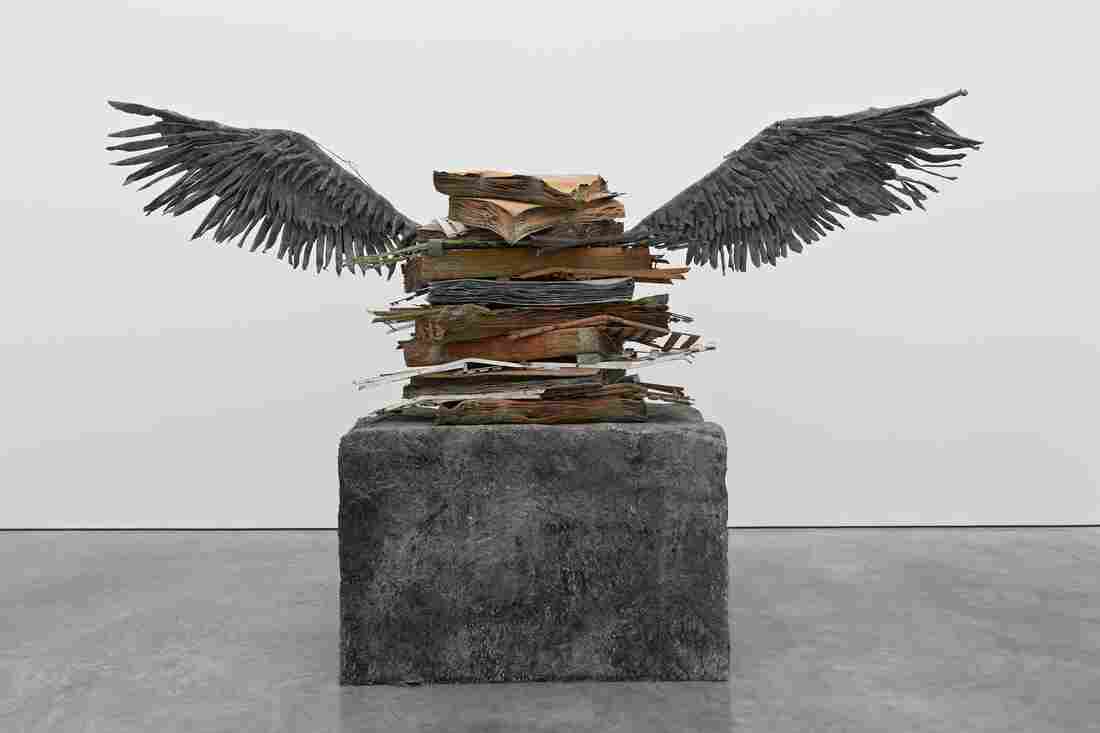 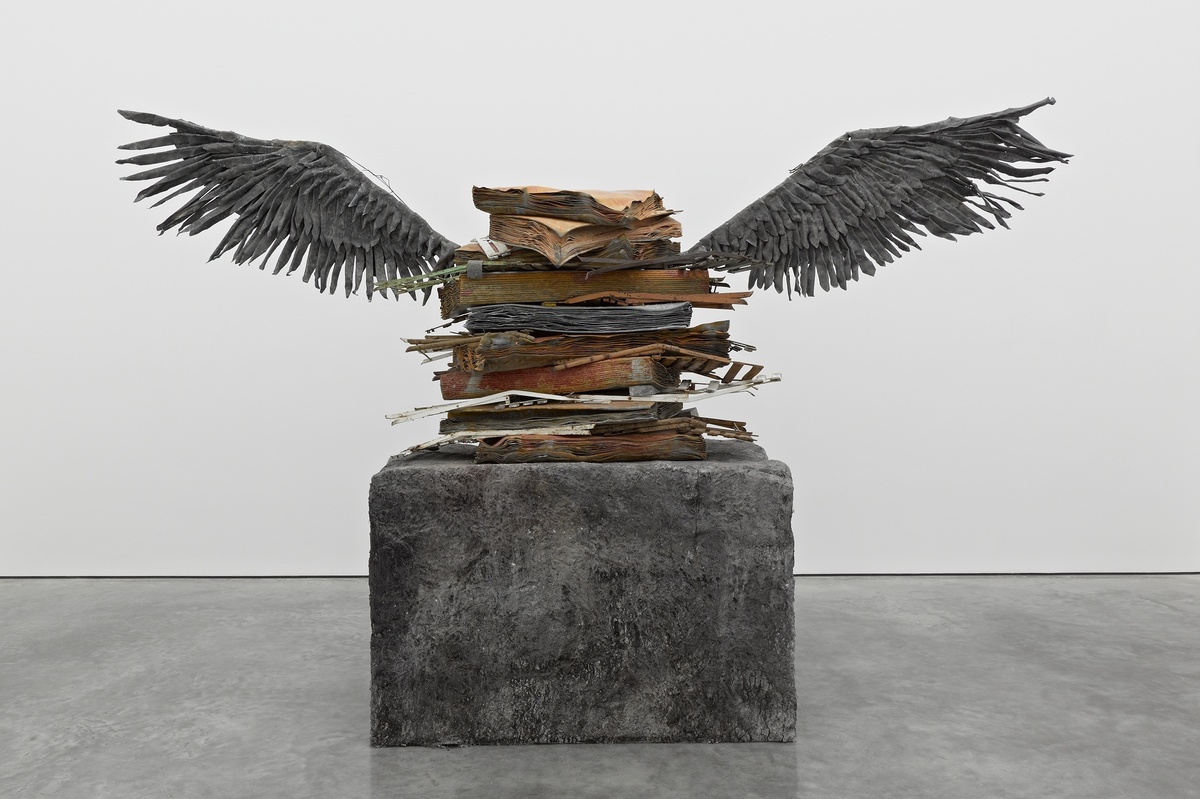 Miami has a lot going for it. But as a young city, the one thing it doesn't have is a great, publicly owned art collection. (Though it recently built a $220 million art museum to house one.) What Miami does have is some great private collections of contemporary art that are open to the public. Those private collections helped attract Art Basel, a yearly event that turns Miami into a giant art fair. Every December, Art Basel draws top galleries, top buyers and tens of thousands of visitors.

One of the private collections that helped draw Art Basel is the Margulies Collection. Housed in a large warehouse, it was started by developer Martin Margulies 30 years ago and includes sculptures that are figuratively and literally monumental. Sprache der Vogel, a piece by sculptor Anselm Kiefer, sits just inside the warehouse entrance. It shows two bird wings sprouting from a stack of ancient books. The wings span 17 feet and the work weighs 3 tons.

Nearby, there are other large pieces by Willem de Kooning, Joan Miro and George Segal. The Segal is a well-known sculpture from the 1960s called Subway. Curator Katherine Hinds explains the Margulies Collection's curatorial philosophy: "It's not important to have a George Segal," she says. "But it is important to have the right George Segal for this collection." She calls it "connoisseurship" — finding significant works of art to build a collection around. 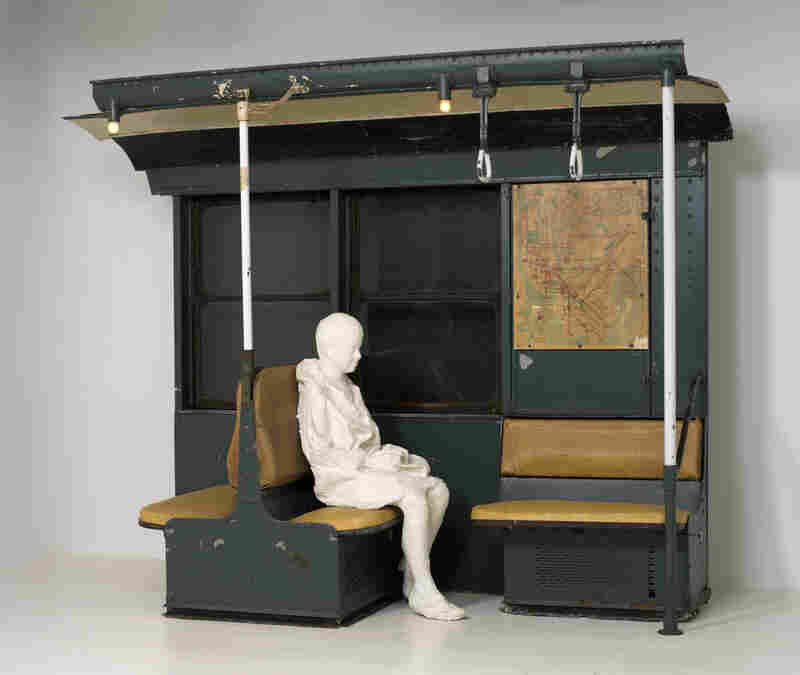 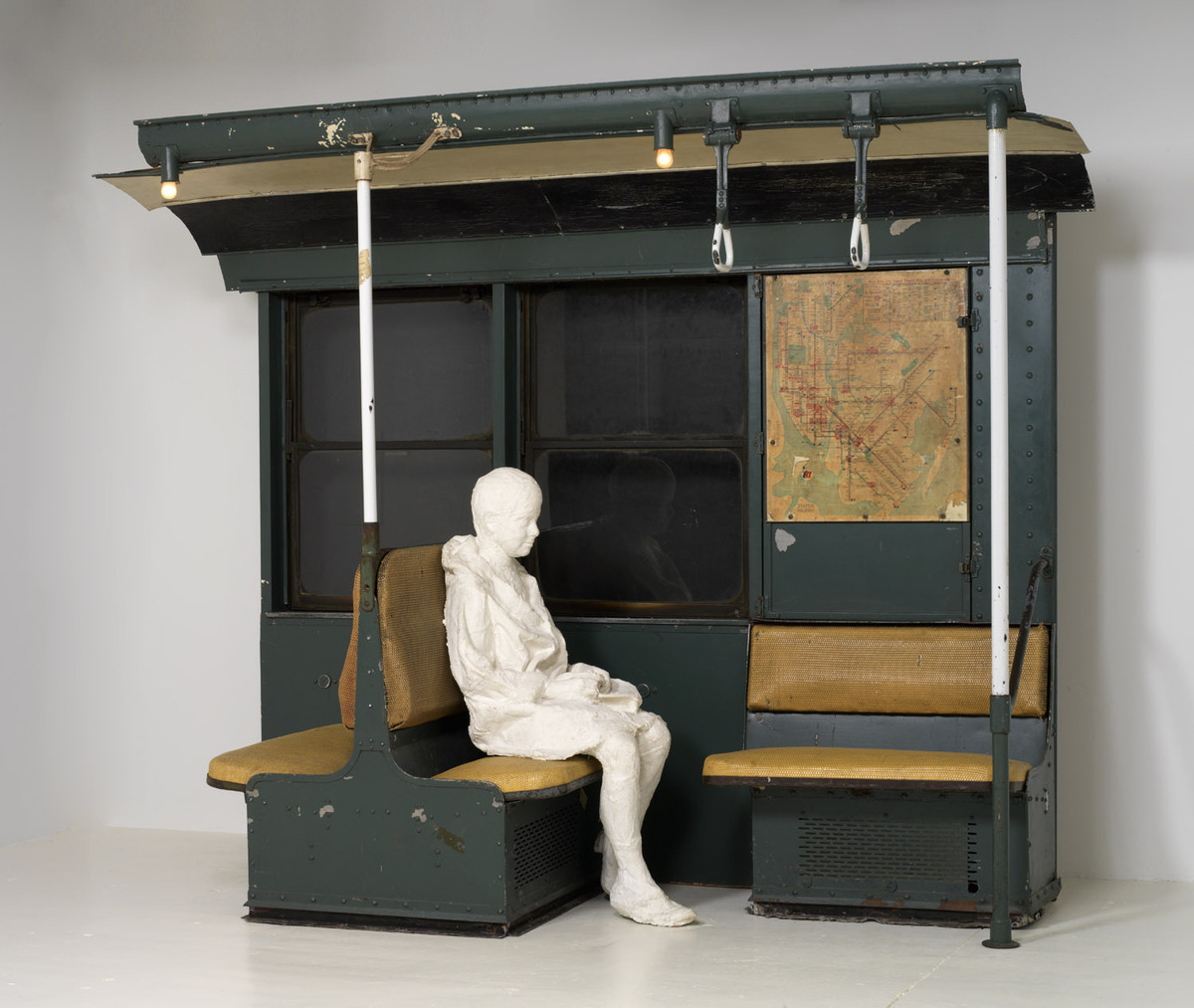 George Segal's Subway was thoughtfully acquired by the Margulies Collection, which aims to build its collection around significant works of art.

The man behind this collection, Martin Margulies, doesn't like to give his age, but he's at a point where the parties and nightlife associated with Miami Beach and Art Basel hold little appeal. At his desk, with Hinds at his side, he goes through a stack of invitations.

"You have to go to that," Hinds says, pointing to another Art Basel party invitation, to which Margulies answers, "Maybe."

Depending on whom you talk to, Miami is home to between five and 10 major private art collections. Just about all are focused on contemporary art, and for good reason. "You're not gonna see someone getting first-grade work of [Claude] Monet or [Edouard] Manet or [Pablo] Picasso or constructivist kind of work," Margulies says. "It's a young city and contemporary is the only area ... they can reach for."

Just blocks away, another private collection is housed in another warehouse — one that used to serve as a confiscation center for the Drug Enforcement Agency. It's called the Rubell Family Collection and it was founded by Donald and Mera Rubell. They started buying art as a young married couple in New York in the 1960s. Fifty years later, they're celebrating their golden wedding anniversary with new works and an exhibition of their favorites.

While showing visitors through the exhibition, Mera steps into a room with paintings by artists who helped define the New York art scene in the 1980s. "You've got Jean-Michel Basquiat, David Wojnarowicz, Keith Haring and George Condo," she says. Mera knew some of those artists personally: She remembers climbing through George Condo's fire escape in 1984 because he hadn't paid his rent and the landlord had locked him out.

Don says it was the quality of the art they were collecting that pushed them to acquire a large space where they could make it available to the public. "The artists always gave us their best pieces, or at least allowed us to buy some of their best pieces," he says. "And it did not seem right that they should go into storage."

The Rubells were instrumental in luring Art Basel to Miami Beach 12 years ago, and Miami's interest in contemporary art has been growing ever since. Art galleries and artist studios led to the gentrification of some formerly gritty neighborhoods, and the Institute of Contemporary Art, Miami — led by private collectors Irma and Norman Braman — recently announced plans to build a new museum and sculpture garden.

"The region ... has gone art crazy," Mera says. "And of course when you see all the condos that are being built, it doesn't hurt that people have a lot of wall space. And why not decorate my home with something original and something special?"

The connection between art and real estate is hardly new, but Miami has embraced it. Art dealer Gary Nader has announced plans for a new museum of Latin American art in downtown Miami showcasing works from his private collection. Nader says the museum will be part of a larger development that will include — and here's the Miami touch — two residential condominium towers.

"It's the only way I can build it," Nader explains. "And what is interesting is that these two towers are going to be built specifically for collectors." Ceilings will be 12 feet high to accommodate large art works and there will be an outdoor sculpture park.