Accessibility links
A 'Wild' Trek Made A Bit Too Neatly The film adaptation of Cheryl Strayed's memoir about hiking the Pacific Crest Trail takes Reese Witherspoon into new territory but never quite achieves the fierceness to which it aspires.

A 'Wild' Trek Made A Bit Too Neatly

A 'Wild' Trek Made A Bit Too Neatly 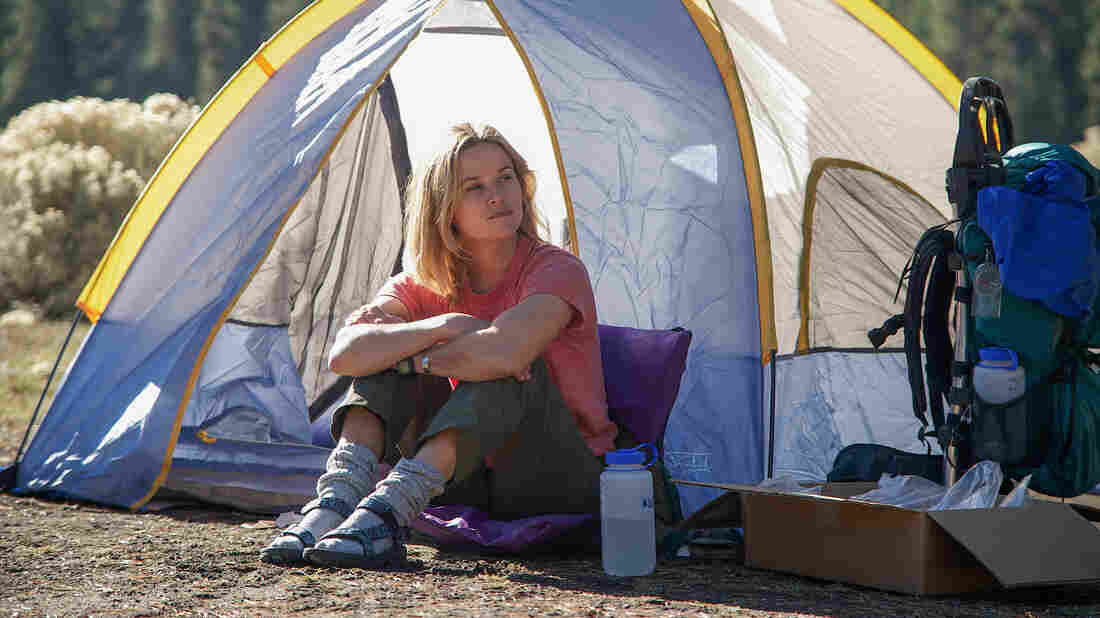 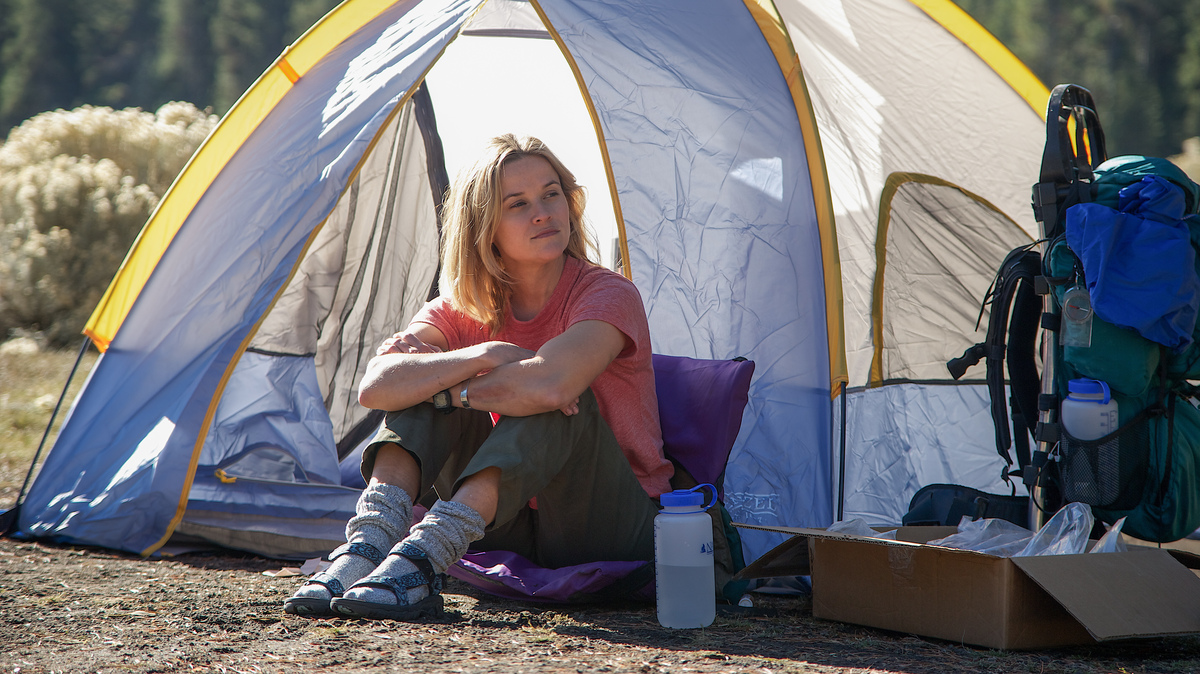 With a backstory that includes heroin use and zipless you-know-whats, Wild is a daring foray for its star and producer, the usually prim Reese Witherspoon. As an excursion into the untamed stream of human consciousness, however, the movie is less bold.

Wild was adapted by About a Boy man Nick Hornby from Wild: From Lost to Found on the Pacific Crest Trail, the best-selling 2012 memoir by Cheryl Strayed. (The former Cheryl Nyland's adopted surname is her pithiest literary accomplishment.) Versatile Canadian filmmaker Jean-Marc Vallee, who directed Dallas Buyers Club, treats the tale as something of a cinematic fever dream. But the movie, unlike a genuine nightmare, usually telegraphs its next disturbing vision.

The fragmented narrative begins on the trail, where Witherspoon's Cheryl is having a disagreement with a long-distance hiker's most important companions: her boots. She's making painfully slow progress on her California-to-Oregon quest, in part because she's carrying far too much gear. But the principal obstructions are frequent flashbacks, which reveal the traumas Cheryl seeks to walk away from.

On the trail, Cheryl faces hunger, thirst, injury, men who might be rapists or murderers, and the inevitable rattlesnake. (The rest of the fauna is unfailingly cute.) In her pre-hike life, she experienced divorce, drug abuse, anonymous sex and — above all — the death of her beloved mother from cancer at 45.

As Cheryl's upbeat and "unsophisticated" mom, Bobbi, Laura Dern is the only supporting player who matters. Bobbi is Cheryl's true soul mate, and only becomes more so as a late-blooming student of feminism and women's literature. (Yes, mother and daughter do hesitantly discuss Fear of Flying.)

Dern and Witherspoon are just nine years apart in age, but lighting and makeup help the latter appear younger when the two are on screen together. The actresses also establish an interesting psychological contrast, with Cheryl as the one who can't get past her disappointments and Bobbi as the one who doggedly can and has.

Like many writers, Cheryl defines herself by what she reads. Her absurdly oversized backpack is heavy with books, and she writes lines of Frost and Whitman in the trail logbooks where hikers sign in. The literary quotations help shape her reputation as "the queen of the Pacific Crest Trail," although being a lone woman probably has more to do with it.

Along with snippets of memories, mostly bad, come scraps of dozens of songs, from the Shangri-las and the Hollies to Leonard Cohen and multiple renditions of Simon and Garfunkel's "El Condor Pasa" and (of course) "Homeward Bound." One nice touch is that recorded versions of the tunes are largely restricted to flashbacks; on the trail, they're sung or hummed by the characters.

Many of the songs are from the 1960s, but the death of Jerry Garcia locates the story in 1995, and '90s pop-grunge star Art Alexakis has a cameo as the inker who gives Cheryl and her ex their matching divorce-day tattoos. (There is a bit of so-hip-it-hurts Portlandia in Strayed's latter-day-hippie odyssey.)

Vallee periodically emulates the styles of Alain Resnais and Nicolas Roeg, whose frantic editing simulated mental disorientation with stunning intensity. Yet the final psychological set piece, when Cheryl can no longer suppress memories of a grisly act, is tidy even at its most hallucinatory.

The movie is closer to such recent backwoods misadventures as 127 Hours and Into the Wild, whose menace only brushed against madness. If Wild is an interesting trek, for both its star and its viewers, it's hardly a feral one.