Accessibility links
Review: 'Here,' By Richard McGuire Richard McGuire's Here started small — as an underground magazine cartoon 25 years ago. But it's grown to an epoch-spanning narrative that captures all the bits of history happening in one room.

Millennia Of History, Beautifully Illustrated 'Here' In One Room

Millennia Of History, Beautifully Illustrated 'Here' In One Room 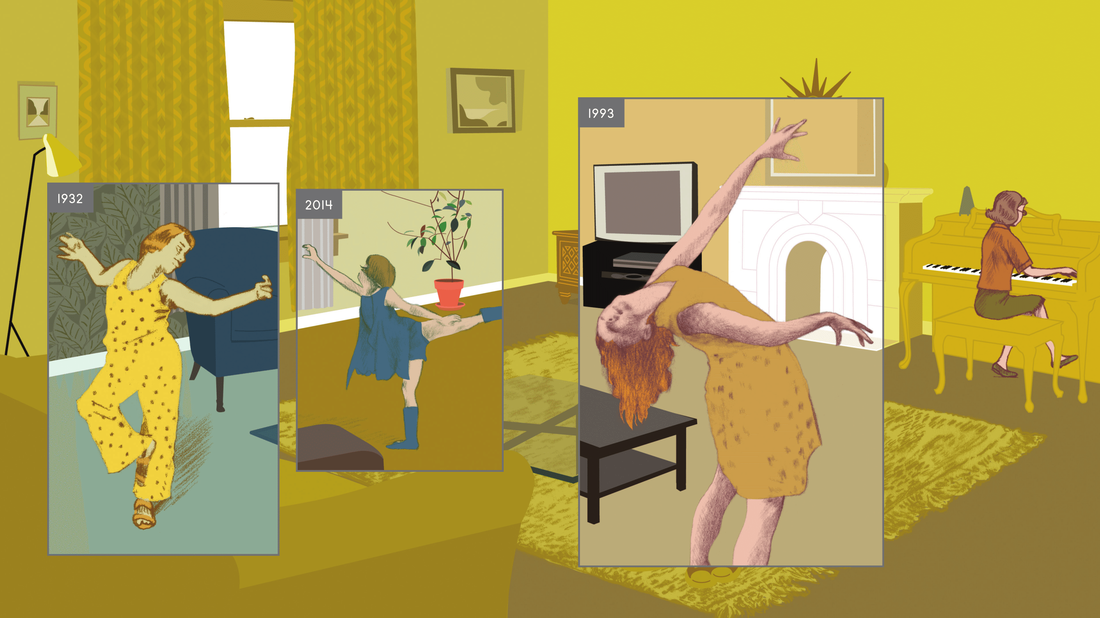 Here traces millenia of history — and prehistory — within the space of one large room. Pantheon hide caption 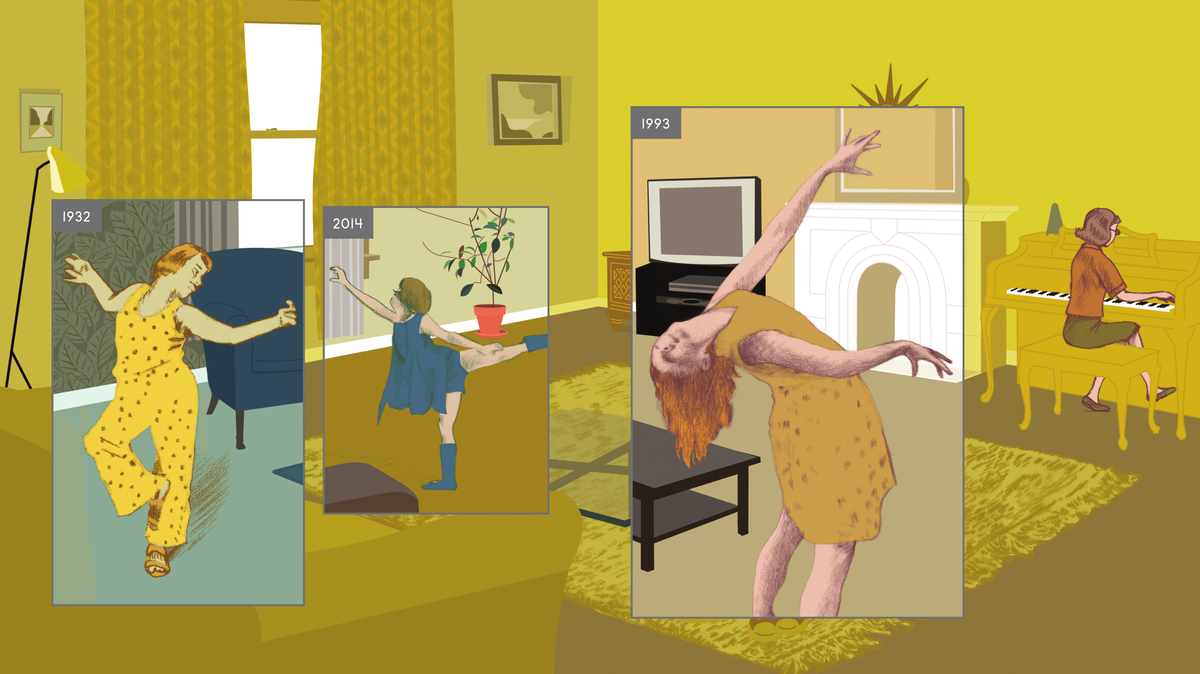 Here traces millenia of history — and prehistory — within the space of one large room.

What is it about Richard McGuire's Here? A simple-looking, black-and-white cartoon that first appeared in Raw magazine in 1989 — clocking in at a mere 36 panels — it's maintained its hold on comic artists' imaginations ever since. McGuire himself spent more than eight years creating this book-length version.

At first glance, it's hard to see what the big deal is. Here — both in its original form and expanded into a full-color book — consists of a simple tactic that might even be called a gimmick: As events take place in a single large room, boxes appear showing what was happening in that spot at some other time in the past or future. Perhaps a radio is playing in the main picture in 1943. In one inset window labeled "1986," a woman cleans the floor. In another, labeled "1430," a wolf walks by with a venison haunch. 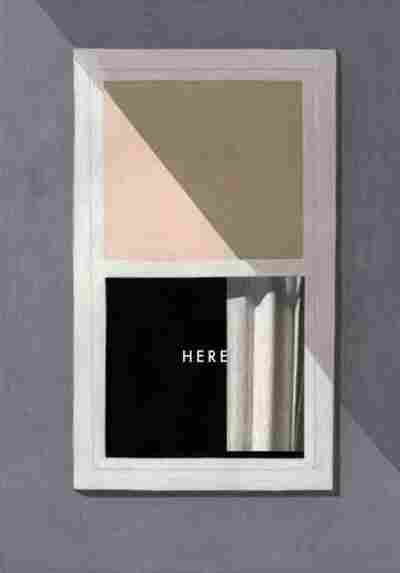 Often, the intersections are mildly humorous. "This is our fort!" some children tell their mother in 1952. "You have to know the password to come in!" Meanwhile, on the other side of the page, it's 1990 and a bridal party is posing for a photo. "Say cheese!" the photographer commands.

Some of the juxtapositions are beautiful: One spread combines five different time frames so the colors and lines form a web connecting people in the throes of different emotions (crying, embracing, texting).

And that's about it — pretty straightforward, or so it seems. But the magic of Here is that somehow, alchemically, this sparse little exercise begins to yank on your emotions. As your eye lurches around the page, as you flip back and forth between pages, an irresistible sentiment swells. Rare among conceptual works, Here manages to tug your heart even as it undercuts your comfortable role of reader.

Here is suffused with a kind of misty feeling, down to the powdery color scheme, but McGuire has turned a laser focus on every detail. Even the sizes and placements of the windows encode small messages. On the left of one spread — a beigey-gold 1940 — a narrow slit seems to open, revealing a woman in tears hiding her face in someone's shoulder. Was her grief so powerful that it opened up a portal, perhaps against even the artist's intention? For an instant it seems so.

McGuire effortlessly maintains the sense of kismet, sustaining numerous paradoxes at once. Epochal events crash into tiny ones, and the book's nature is impossible to pin down. There are a lot of scenes of photography, and with all the inset pictures it resembles an album. At other times it feels like some weird machine, because of both the boxy structure of each set of drawings and the mechanical feeling of jerking one's eye back and forth and here and there. And yet it also has the quality of a daydream or a puzzle. What it is, of course, is a book, and it does fundamentally act like one. Even as time is chopped and shuffled, the narrative marches along stolidly toward the final pages. 'Here' might not have a protagonist or conventional plot, but its story is guided by simple questions: "What's going on? What comes next?"

And "what comes next" is one of the most intriguing parts of Here. McGuire envisions a near future in which the sea has risen to cover the main room — a shark swims where an upper molding once was — and a distant future in which four-legged ape-like creatures have evolved.

Meanwhile, though, the past and present humans continue their tender little lives. Telling stories, playing, making love — what will be their fate? That's just one of the countless questions Here leaves unanswered. Even so, it's deeply satisfying. Kind of like a story that never ends.