Accessibility links
A Paul Winter Solstice Concert 2014 The saxophonist's annual celebration of the year's longest night is a tradition dating back to 1980. This year's program features Brazilian singers Ivan Lins and Renato Braz. 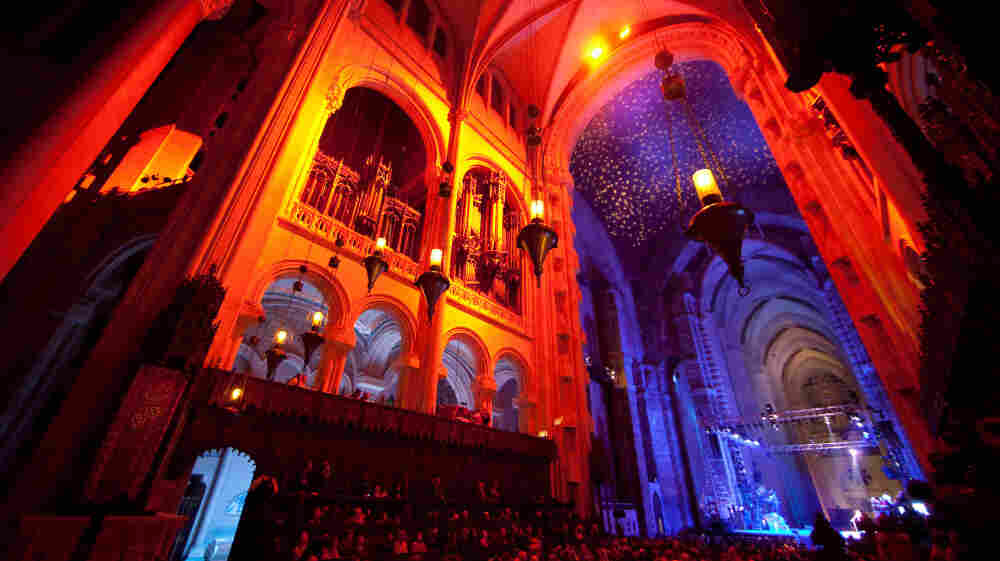 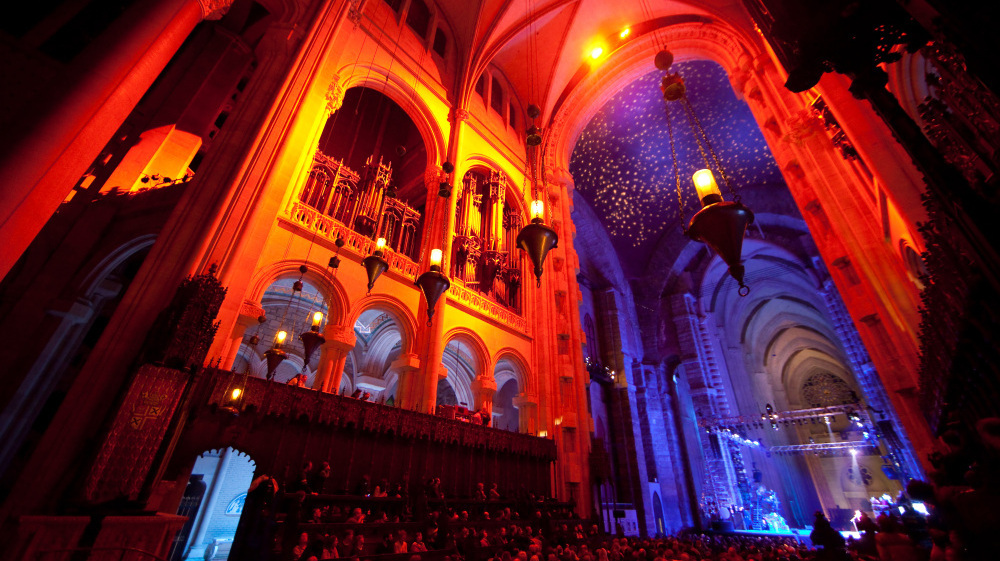 The Cathedral of Saint John the Divine in New York City.

For the 34th year in a row, saxophonist Paul Winter presents his Winter Solstice Celebration, a festive performance marking the year's longest night and the return of the sun. Since 1980, the concert has drawn thousands of visitors annually to the Cathedral of St. John the Divine in Upper Manhattan. WNYC's John Schaefer hosts NPR's broadcast.

As always, Winter is backed by the Paul Winter Consort, the group he formed in 1967 after a U.S. State Department-sponsored tour of Latin America sparked a lifelong fascination with world music. Winter's soprano sax echoes throughout the world's largest Gothic cathedral, leading a spectacle of music, dance and theater.

International guest artists are a regular part of the Winter Solstice Celebration, and this year is no exception. Winter welcomes special guests Ivan Lins and Renato Braz, both of whom are renowned Brazilian singers and composers. They're joined by gospel singer Theresa Thomason, along with a Brazilian chorus made up of Alice Passos, Leala Cyr and Sara Serpa.

This year's program also features a tribute to the late Pete Seeger, who performed in the eighth annual Winter Solstice Celebration and worked closely with Winter for many years.