Accessibility links
Chris Rock On Finding The Line Between Funny And 'Too Far' "No comedian wants to have to analyze and defend" jokes, says Rock, who wrote, directed and stars in the new film Top Five. He adds: "I'm not a politician; I'm not a thinker. I'm a comedian." 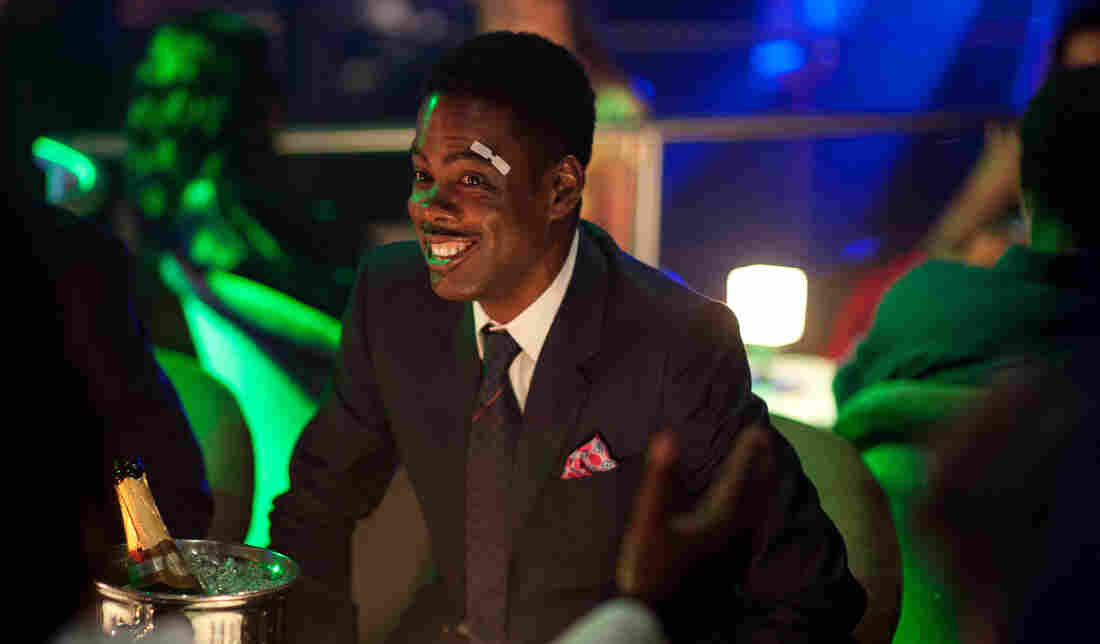 Chris Rock wrote, directed and stars in Top Five, a film about a standup comedian who is trying to reshape his career. Ali Paige Goldstein/Courtesy of Paramount Pictures hide caption 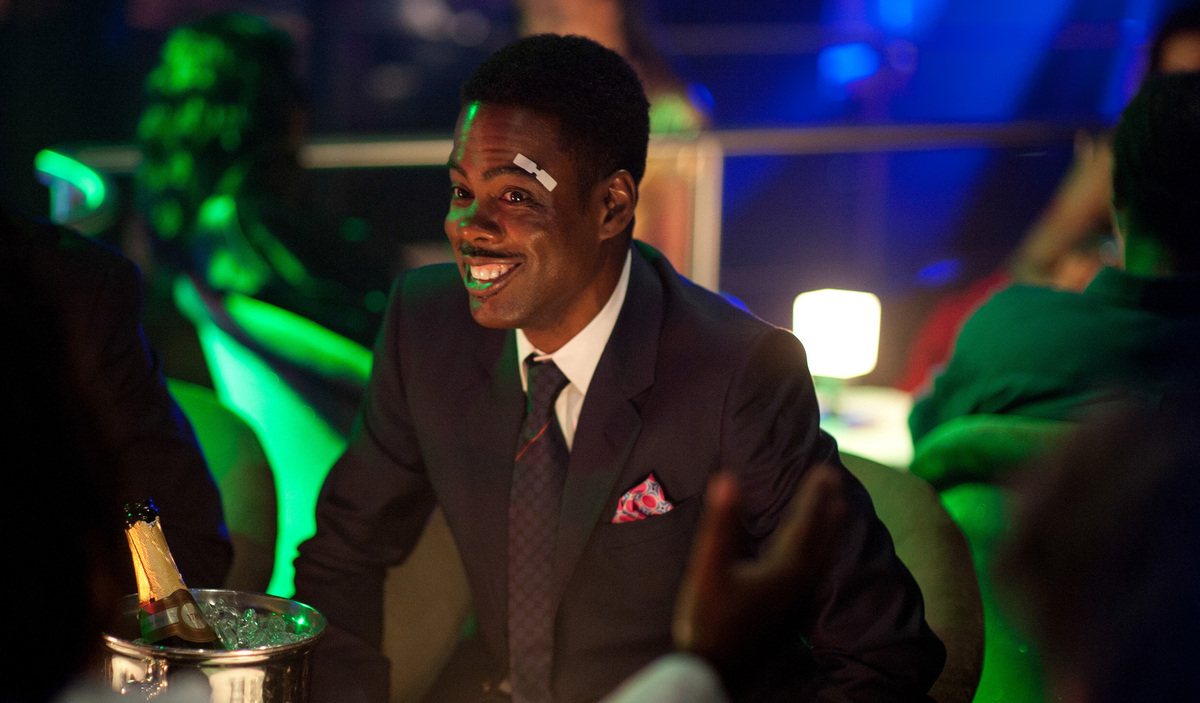 Chris Rock wrote, directed and stars in Top Five, a film about a standup comedian who is trying to reshape his career.

In the new film Top Five, Chris Rock plays Andre Allen, a standup comedian who has starred in a series of blockbuster comedies as a catchphrase-spewing character called Hammy the Bear.

When Top Five begins, Allen has given up the Hammy movies, given up drinking and is trying to reshape his career with his new dramatic film about a Haitian slave rebellion. Like Allen, Rock says he has had doubts about his own career.

"I feel that with standup a lot ... 'Can I still do it?' " Rock tells Fresh Air's Terry Gross. "I did [Saturday Night Live] a few weeks ago; I hadn't done standup in a while: 'OK, can I pull this off? ... I don't look the way I looked 20 years ago or whatever — is it going to be the same reaction? Oh, this new guy is big. Maybe everybody is into his style.' It's all doubts."

The movie follows Allen over the course of a daylong interview with a New York Times reporter played by Rosario Dawson.

Rock talks with Fresh Air about how he crafts his jokes, about the way he navigates the line between funny and "too far," and about his experience with friends and family struggling with addiction.

Chris Rock on what he likes about directing

On what he loves about directing

I like the control. I like creating a world, you know? The world is going to look whatever way you want it to look and I just like making these people come to life. It's like the guy who built Frankenstein. I can create my own friends. I can create a girlfriend. I can make a girl and she's going to look like this and she's going to dress like this. It's why guys are always falling in love with their co-stars, because you make them.

Four or five women told me similar stories. ... That's how jokes happen. It's never like, one person or two people — you got to hear it a few times when you do stuff like that, or else you're just being mean. I heard stories about stuff like this, and I don't know, that's all I got. ...

I feel your pain — but I've never thought about any joke or anything like that deeply. ... I mean, you're Terry Gross. It's your job to analyze this and fight the good fight, you know, but you know, I probably, I might be the only black comedian in the country who hasn't gay-bashed. Ever. ...

No comedian wants to have to analyze and defend something. It's like, you thought something was funny; you wrote it down; you acted it out; you talked to people. You know? It works or it doesn't work. I'm not a politician; I'm not a thinker. I'm a comedian. It's just like, "OK. Tell jokes." Some work, some don't. There's no bigger indictment that the joke's not working than to not laugh. Nothing is a bigger indictment. Nothing is a bigger, screamingly, "This is wrong!" than the sound of non-laughter.

[To hear the full exchange between Gross and Rock about this scene, click the audio link at the top of the page.] 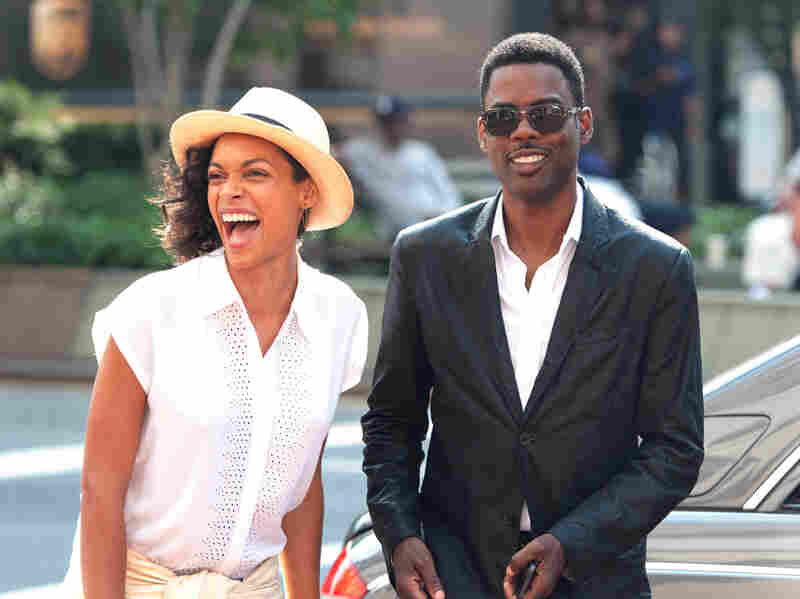 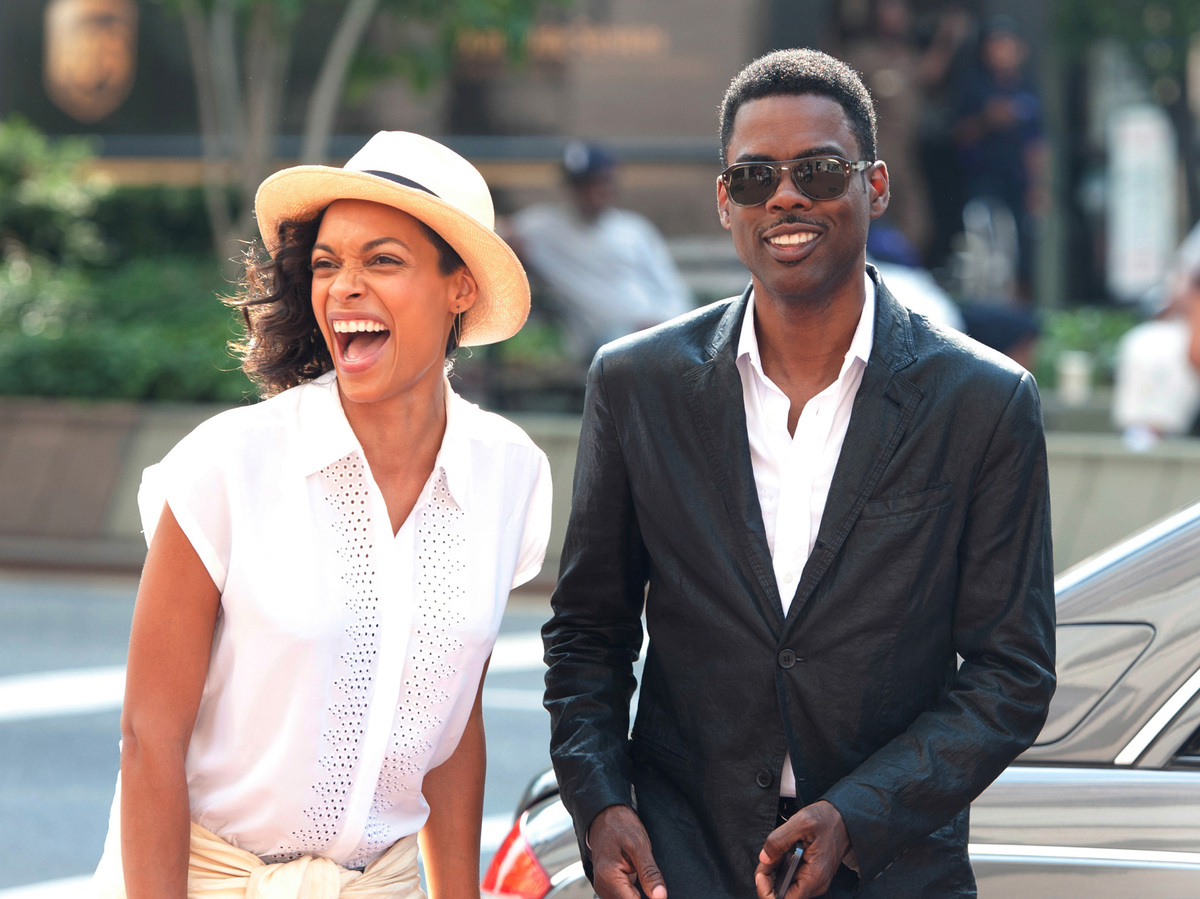 On the line between being funny and going too far

Now, it can still be offensive, but once you explain that to the person that made the mistake, you can pretty much be sure they will go back on that and try to rectify hurting you. Does this make sense? I see stuff that I think is a little racist, but I judge the person. I judge their other work. ... I don't go to "bash," or to, "Ooh, he's racist."

On seeing friends and family members struggle with addiction

My older brother pretty much drank himself to death, and this has been — drinking has been big in my life, even in my artistic life. I did the play The Mother with the Hat; we were alcoholics in that play. Years ago, I wasn't drinking, but [in] New Jack City, I play a crackhead. So substance abuse has been good to me artistically.

On whether substance abuse has been a problem for him

On his brother's death

He died when I was about 41, so about eight years ago.

It's weird, you know what? In retrospect, I did see it coming. I remember the last time he was at the house and he was really drunk and he was falling and it was one of those like, "OK, you're too drunk to be around the kids." And it's weird. In a weird way, I kind of knew I wasn't going to see him again.

Chris Rock On The Funny Business Of Finding Success

On tweeting as a high-profile celebrity

On how to talk about the death of Eric Garner, a Staten Island man who was killed while being taken into police custody

You got to let it sit a little bit. It kind of just comes to you, though. It's the old thing they say — "tragedy plus time is comedy" — but you probably couldn't tell a joke about it yesterday.