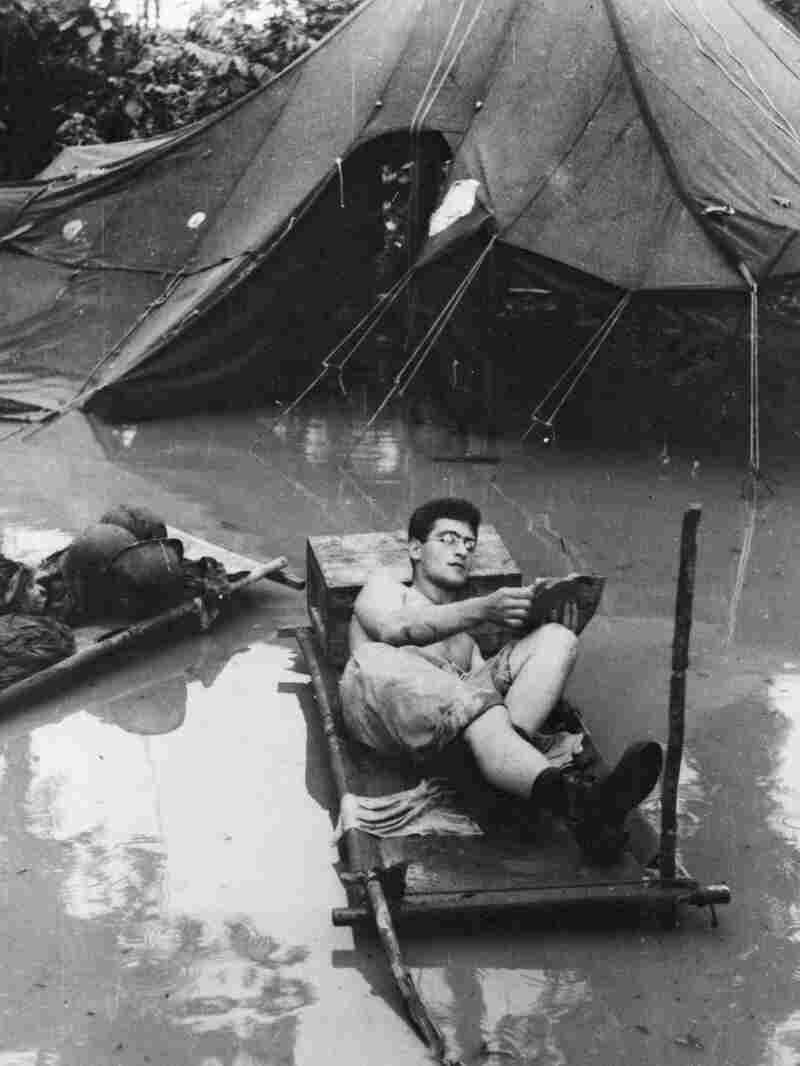 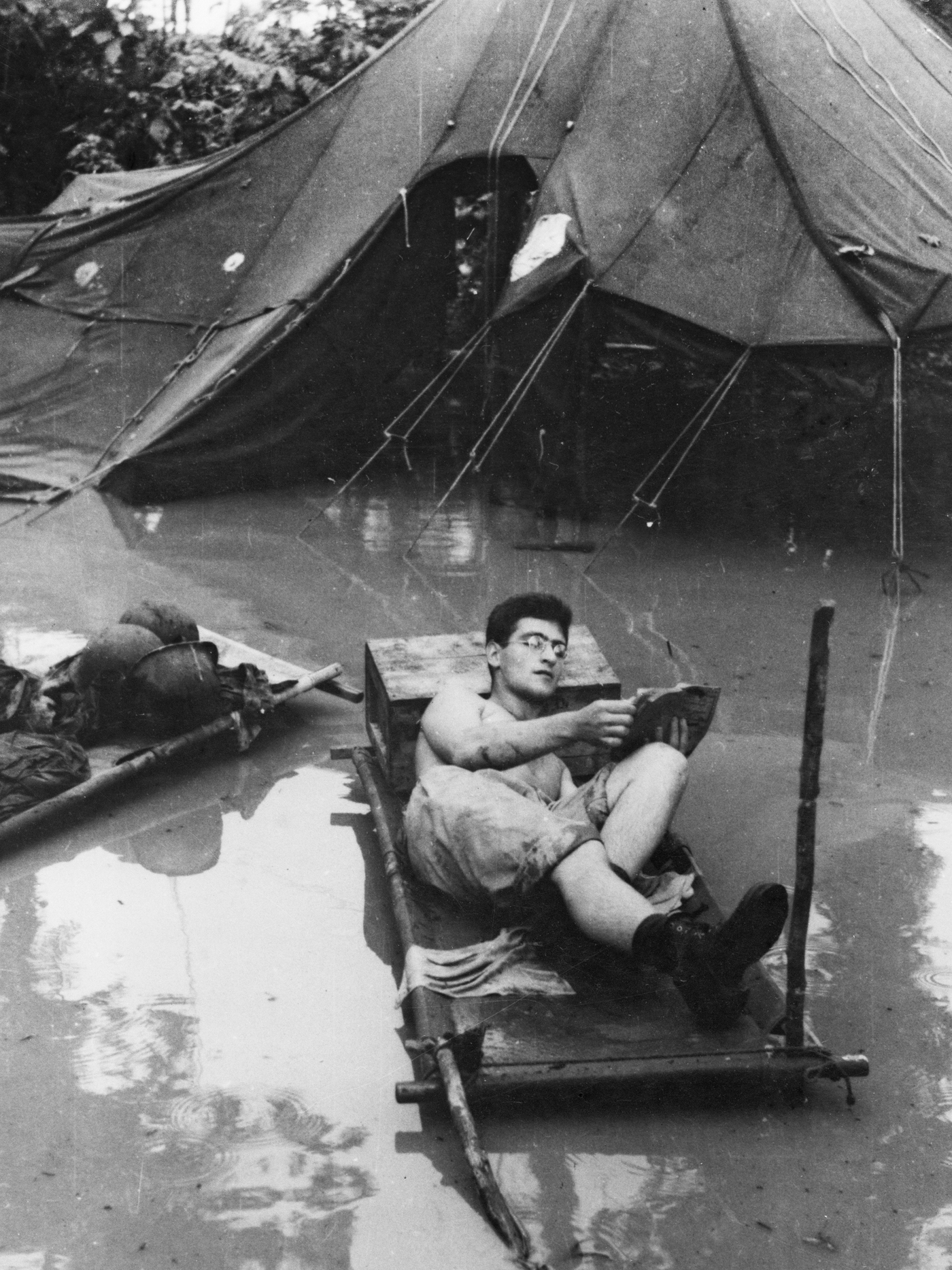 This week in 1941, Japanese forces attacked Pearl Harbor. Over the next few years, millions of Americans would leave home to fight in Europe and the Pacific. They had few comforts and little in the way of escape or entertainment — at least not until American publishers got involved.

"During World War II, American publishers wanted to support the troops," author Molly Guptill Manning tells NPR's Renee Montagne. "And so they decided that the best they could do was print miniature paperback books that were small enough that they could fit in a pocket so the men could carry these books with them anywhere."

Guptill Manning's new book, When Books Went to War, is a history of these paperbacks, known as Armed Services Editions. They included all sorts of literature — from Charles Dickens and William Shakespeare to mysteries and Westerns — and were the culmination of earlier efforts on the part of American librarians to get used books to servicemen with help from book drives. Well-intentioned though they were, the results of these book drives were mixed, turning up titles like How to Knit and Theology in 1870. So the focus switched to designing and printing books that soldiers actually wanted to read — no easy task since these Armed Services Editions had to be battlefield ready. 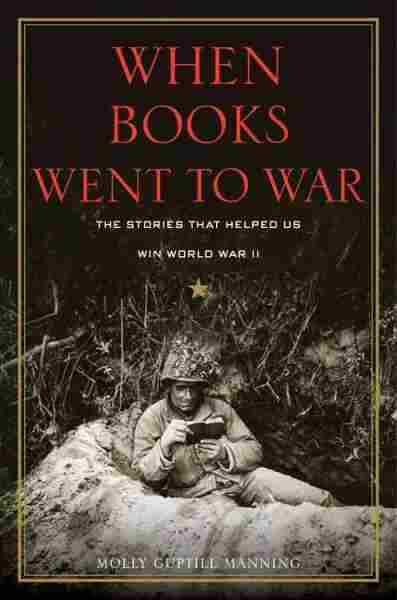 When Books Went to War

The Stories That Helped Us Win World War II

"They're about the size of a smartphone, and they were tucked into the pockets of uniforms," Guptill Manning explains. "The paper that they were printed was about the strength of newsprint. And so it was believed that each book would probably withstand about six readings before it would start to fall into pieces."

But these books were in high demand, and servicemen were known to push their limits. "There are actually reports of some books having waiting lists of 30 guys."

On one of the most popular Armed Services Edition titles, Betty Smith's A Tree Grows in Brooklyn

This book made them think of home. Men who never set foot in Brooklyn wrote to Betty Smith ... to say that they felt like they were reading about their hometown.

He talks about how he went around for two years with a dead heart, and he was hospitalized with malaria. He asked a nurse for a book because he was bored and had nothing else to do. She happened to give him a copy of A Tree Grows in Brooklyn, and the book just changed his entire outlook. It made him laugh, it made him cry. And he said even though a battle-hardened Marine usually doesn't cry, he was proud of his tears because it proved that he was human again. He closed the letter saying that he didn't think he'd be able to sleep through the night if he hadn't thanked the woman who caused him to live again.

On why Chicken Every Sunday, a relatively unknown book by Rosemary Taylor, was so popular

The book tells the story of a young girl who grew up in a boarding house where her mother entertained all sorts of zany characters and each night fed them mouthwatering dinners. And so, as men were stationed around the world eating rations out of cans, to read these stories about these wonderful dinners made them think of their own mothers and the meals that they used to eat at home. It gave them a trip back home basically. One man said it was like taking a leave.

On the appeal of romances and books with steamy sex scenes

Many men wrote in saying, "We would like to read books like Strange Fruit by Lillian Smith because," as one man said, "this book has sex scenes and a lot of them." ...

[Forever Amber by Kathleen Winsor] was more of a romance novel. And actually some of the people that were in charge of selecting the books expressed concern about sending what they called "trashy books" to soldiers and sailors who were fighting at war. And so, top publishers in the United States were presented with the question of whether they should be sending trashy books to American troops, and the publishers said yes. They said if the men want to read trashy novels then let's send them trashy novels.