Accessibility links
Interview: Glenn Close, Actress In 'A Delicate Balance' Close stars as a suburban matron in a revival of Edward Albee's 1966 play. She tells NPR about the timelessness of Albee's play and getting a nosebleed in the middle of a recent matinee. 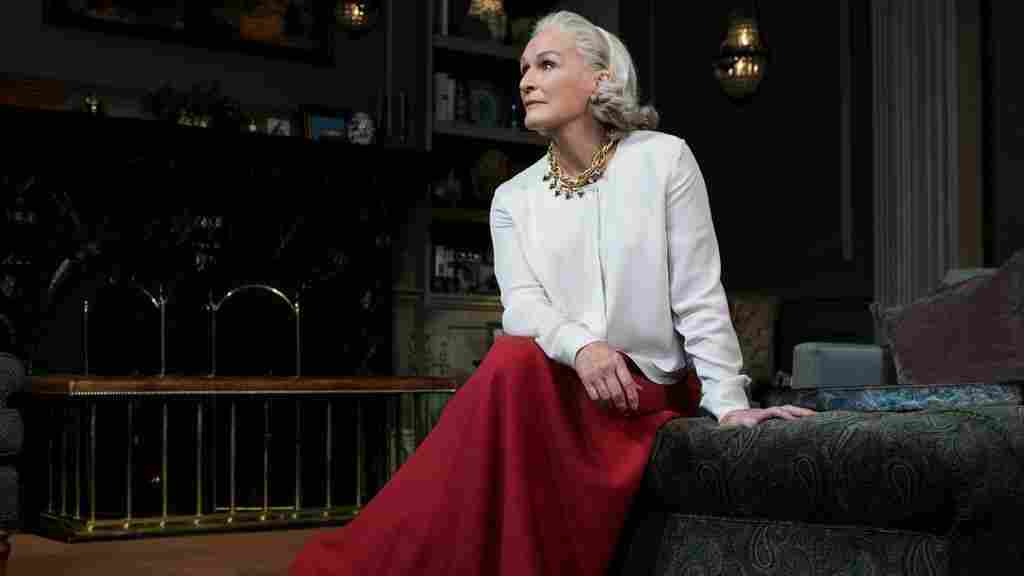 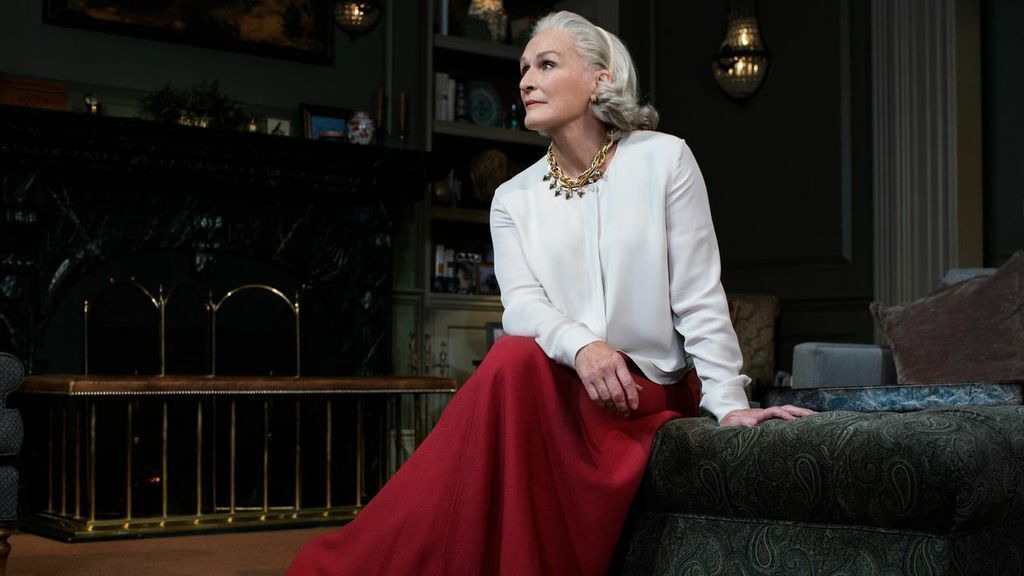 In 1995, Glenn Close won her third Tony Award for her role the Broadway musical Sunset Boulevard. Now, after 20-year hiatus, Close is back on Broadway. She's starring alongside John Lithgow in A Delicate Balance, Edward Albee's 1966 Pulitzer Prize-winning play. The story follows Agnes (Close), a suburban matron striving to keep the peace in a household she her husband (Lithgow) share with her sister, who's an alcoholic; their daughter, who's a serial divorcee; and their best friends who have fled their own home in an inexplicable terror.

Close tells NPR's Robert Siegel about the timelessness of Albee's play and getting a nosebleed in the middle of a recent matinee.

On playing Agnes as a strong, reserved character rather than an insufferable, snarling one

I think Agnes is kind of the tricky character in the play. She's very much in the middle of everything trying to keep the balance, and she could be written as a control freak, [a] really unpleasant woman. And I've played so many strong, unpleasant women that I thought I didn't want to play her like that. I wanted to find some sort of humanity. And also, I know a lot of those women and they're very strong, you know, interesting women in their own right, and so I wanted to do them justice.

On whether A Delicate Balance is a '60s period piece

I think the only way that it is a period piece is maybe the mention of a topless bathing suit. And we actually got permission to cut one. ... At one point, I [Agnes] was criticizing Claire [Agnes' sister] for her emancipated womanhood. I said, "In this day and age, we just cannot say that." ... That would make it incredibly dated. But I think as far as the words that you hear all through the night — "terror" and "plague" and, you know, "decide" — they're timeless, I think. And certainly in our society today, we know more about plague and terror than we ever have, really. When you look at a play like this, post-9/11, I think it's actually rather extraordinary what Albee was writing about.

On her own experience of the '60s

I graduated from high school in '65, and for five years was on the road with a singing group — [a] rather right-wing singing group, unbeknownst to me ... that was an offshoot of a kind of a cult group, I would say, that I had been in since I was 7. So I had a very skewed view of the '60s.

On whether she plans to do more Broadway theater

I would like very much to not have another — well, I'd be dead — a 20-year hiatus between my next play. ... There's something so elemental about live theater. I mean yesterday in our matinee, I started having a nosebleed just before my entrance. And I thought, "Oh no, what am I gonna do?" And my entrance came and I went on and I had a whole thing of Kleenex. And I realized, you know, like five lines in that ... my nosebleed was not gonna stop, so I made the decision to go down to the footlights and say, "Ladies and gentlemen, I'm experiencing a nosebleed. I need to have a couple of minutes." And they just loved it! And John Lithgow went down and said, "Well maybe we can sing some Christmas carols."