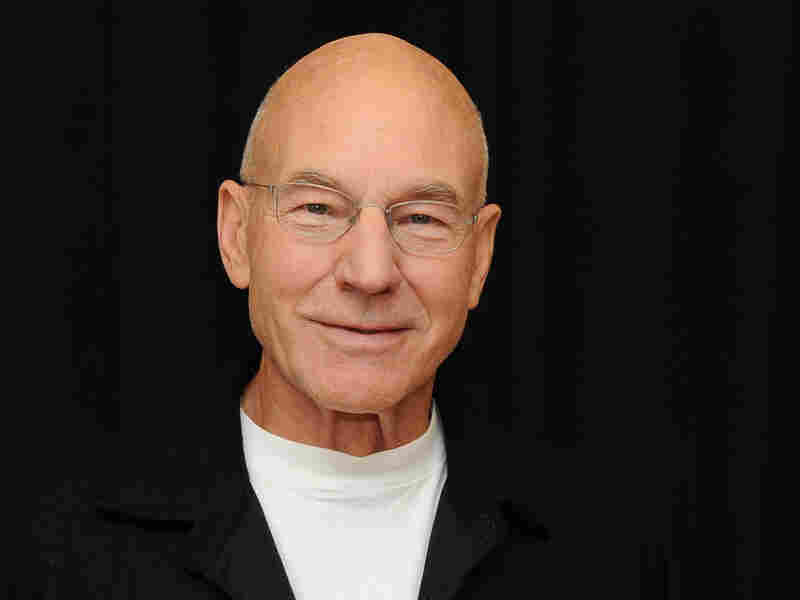 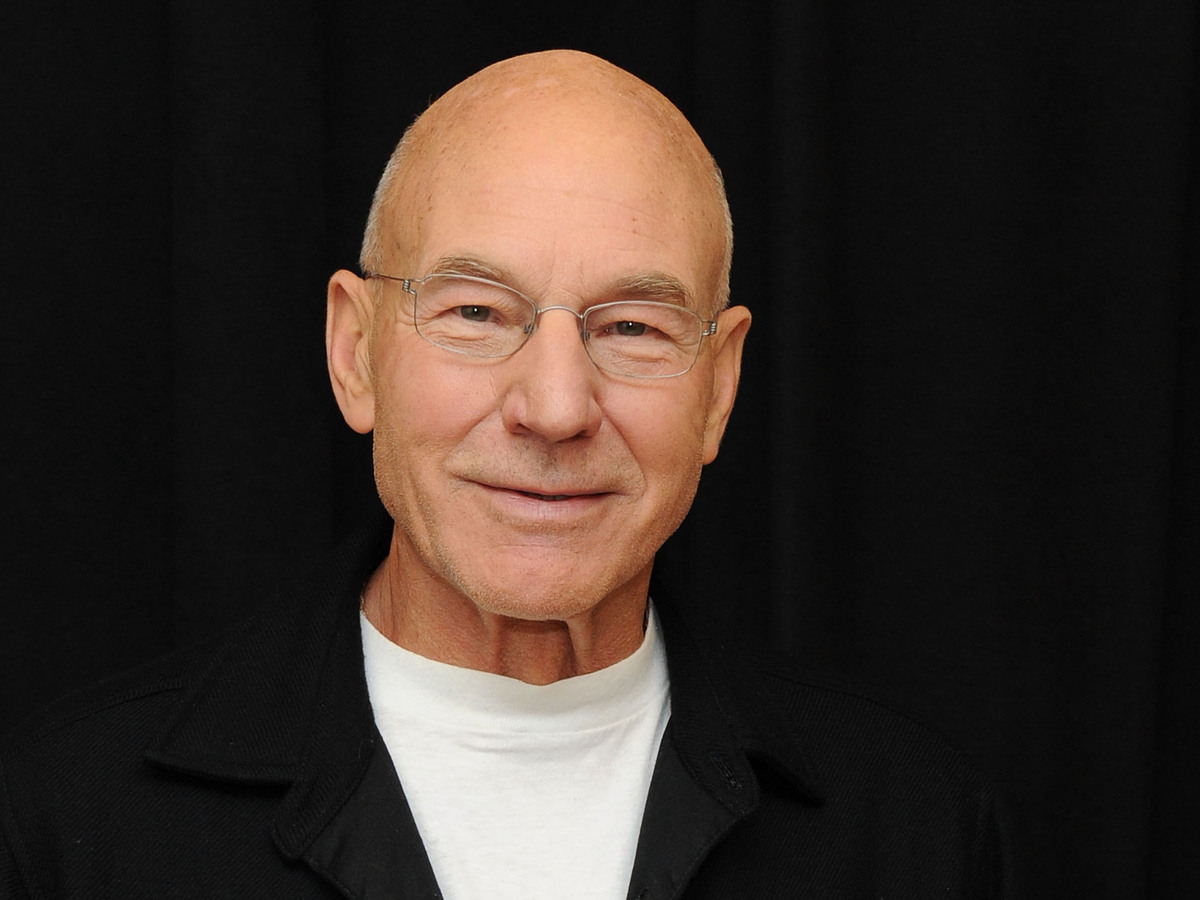 Sir Patrick Stewart has accomplished a lot in his career — he's a star of the Royal Shakespeare Company in England, the captain who revived Star Trek, the star of the X-Men movie franchise, and above all, he's the man who made male pattern baldness sexy.

And now the game where really cool people come on to do something lame just for a change of pace. We call it Not My Job. Sir Patrick Stewart has done so much in his remarkable career. He was the star of the Royal Shakespeare Company in England, he was the captain who revived "Star Trek," the star of the "X-Men" movie franchise. But more than anything, he was the man who made male pattern baldness sexy. Sir Patrick Stewart, welcome to WAIT WAIT ...DON'T TELL ME.

SAGAL: So how are you Sir Patrick? How are you doing these days?

STEWART: I'm well. I'm having a little respite from work at the moment and I'm enjoying it very much.

SAGAL: I had imagined, because one thing that's happened since last we spoke to you is of course you were knighted by the Queen and her honours list. And we were - I just imagining that a knight would have duties - that you'd have to go out and fight evil or go on quests or such like that.

STEWART: Oh yeah, but I do it on the phone.

SAGAL: Oh, I see. It's all remote evil fighting then?

STEWART: Oh sure, yes. I do all my work by third-party, usually on the telephone.

SAGAL: One of the things that we've noticed about you is that we actually know a little bit about how you spend your time because you have become in the last few years, a sort of star of Twitter and Instagram and videos. For example, one of the things that everybody was talking to us about when you said that you'd be on the show is not, shall we say, your extraordinary career in the theater or even in film, but the photo of you eating pizza for the first time.

STEWART: Well, yes. We had had a rather heavy night and my wife very sensibly said to me, what you need is grease.

STEWART: So - but she said what you need to make you feel better is a slice of pizza. And I said, what do you mean a slice of pizza? Why can't we have a pizza? And she said no, we'll just get a slice. Well, she learned I had never had a slice before. Now the word got around that I was actually having my first pizza. Well, that is absurd.

SAGAL: Really? And you grew up in Yorkshire in the north of England.

SAGAL: And pizza had not yet, I guess, gotten that far north?

STEWART: We did have kale. We fed it to the cattle.

SAGAL: And I have to ask - you famously - you left school at age 15, not to be an actor but to be a reporter, right?

STEWART: Well, I left school and strings were pulled and I was given a job on my local weekly newspaper. My tasks were mostly to do births, deaths, and marriages and occasionally urban district council meetings. Nothing very exciting or adventurous, but in the community I grew up in, it was commonplace when a member of the family had died, that they would be laid out at home for two or three days. And so you would always be asked to come and see the body - the corpse. And I do remember one day - I was only 15, remember - when this happened to me three times in one morning.

SAGAL: So you were standing there in the parlor looking at a dead body and saying...

STEWART: No, not in the parlor, in someone's home.

SAGAL: That's what I mean, in their parlor.

STEWART: Oh, in that kind of a parlor.

STEWART: Yes, that's such a quaint old-fashioned term to use.

STEWART: So there would be a knock at the door and I would say hello, very sorry to disturb you but I am a reporter from The Reporter - that's what our paper was called, The Reporter. And if I may, I'd like to just ask you a few questions about your husband, your father and so forth. And then invariably it would end by someone saying, well, would you like and come and have a look at him or her? And he/she looks really lovely.

STEWART: I'm sorry. That cast rather a kind of poor...

SAGAL: No, no. It's fascinating.

SAGAL: You realize that...

STEWART: It's nothing you want to laugh about.

SAGAL: You realize that like the rest of the civilized world, we would listen to you talk about anything. And I wanted to ask you about because you're known among many things, your wonderful speaking voice. But I have watched a lot of PBS and I know that people from the north of England have an accident, do they not?

STEWART: Yes. I grew up, in fact, not only with an accent but I spoke a dialect, which means that when I began acting round about the age of 14 - 13, 14 - not only did I have to learn a new way of pronouncing words, I had to learn new words. Would you like me to give you an example?

STEWART: I will do it by reciting a few lines of a poem. Please don't be anxious this won't take a long time.

STEWART: My mother's sister, my auntie Annie, every Christmas would recite a poem. It was - in my community, it was a very customary thing to be a performer - to sing, to play the piano, to tell a story, to recite. So nobody thought you were odd or a showoff. And my aunt would recite this poem called Dropped On, and it went like this. (Yorkshire dialect spoken). That's my dialect.

SAGAL: I think you should have commanded the Enterprise speaking that way.

STEWART: Yes, you know, I did somewhere in the bowels of Paramount Pictures, there - I hope it still exists - there is a recording of me on camera playing Captain Picard - some of the scenes from the pilot episode with a French accent.

SAGAL: Really? 'Cause I've always wondered about that, because even I...

STEWART: If he was a Frenchman, why shouldn't he have a French accent? And, I mean, can you imagine it? (Immitating French accent) Space, the final frontier.

SAGAL: I think it would have been hilarious. Well, obviously we could talk to you all day, but we can't because we must move on to play our game with you. Sir Patrick Stewart, we have invited you here to play a game we're calling...

SAGAL: That was the first jingle ever for G.I. Joe, first introduced by the Hasbro company 50 years ago this month. So in honor of that anniversary, we're going to ask you three questions about the poseable action figure. Answer two correctly, you'll win our prize for our listener, the poseable Carl Kasell on their voicemail. Bill, who is Sir Patrick Stewart playing for?

SAGAL: All right. Are you ready, Sir Patrick?

STEWART: I am. I'm apprehensive but I'm ready.

SAGAL: Here we go. Now G.I. Joe - I'm sure you've been in the United States long enough to know what these are. These are these eight inch dolls that look like soldiers, G.I. Joes, yes?

STEWART: Yeah, yeah, I know what they are.

SAGAL: I'm sorry. I need to shrivel now for a bit.

STEWART: No I didn't mean that to be patronizing.

STEWART: I do know what they are and I even know what G.I. stands for.

SAGAL: Oh, OK. Very good. G.I. Joe was developed and brought to market 50 years ago in reaction to an interesting discovery. Was that discovery? A, that watching kids play with war toys made adults more likely to support actual wars; B, that children all over America were snapping off their army man's legs trying to bend them; or C, that little boys were playing with their sister's Barbie dolls in secret?

STEWART: I think I would go with C because I think that's the one that I would like it to be.

SAGAL: Well, your will has made it so. It is in fact true.

SAGAL: Barbie dolls had come out in the late '50s, and what people found is that boys were playing with their sister's Barbie dolls. So Hasbro said we'll make them a doll the same size and they can play with that. All right. Second question - as the Vietnam War went on and became less popular with the American public, G.I. Joe needed to change. So Hasbro, the company that made G.I. Joe did what? A, gave him a beard just like those hippie peaceniks; B, introduced a new doll to the line, Conscientious Objector Joe; or C, introduced a line of Viet Cong dolls called, quote, "Joe's noble but misguided enemy."

STEWART: I think I'm going to go for the beard one. It's kind of weird sounding but I think I have a memory of seeing a doll like that with a beard. So I'll go for A.

SAGAL: You are right, you did see a doll like that with the beard...

SAGAL: ...Because G.I. Joe - they started making with a beard. Real soldiers don't have beards, they're not allowed to. G.I. Joe does get in trouble sometimes. Like when which of these happened? A, at a TSA checkpoint in 2011, agents confiscated one G.I. Joe doll's tiny plastic rifle just in case; B, his patented Kung Fu grip caused protests by Chinese-Americans back in the '70s who said that to be authentic, it should be called Wushu grip; or C, a packaging error resulted in G.I. Joes being shipped in packages for Ken dolls, leading many to believe that Barbie was stepping out.

STEWART: I think I will go with A with the first one.

SAGAL: The TSA took the tiny rifle from the G.I. Joe because it was a, quote, "replica of an actual weapon." A little, little replica. So Bill, how did Sir Patrick Stewart do on our show?

KURTIS: Congratulations Sir Patrick, you got them all right. You're a winner.

STEWART: Thank you very much.

SAGAL: In just a minute, put on your Viking helmet, it's our Listener Limerick Challenge. Call 1-888-WAIT-WAIT to join us on the air. We'll be back in a minute with more of WAIT WAIT ...DON'T TELL ME from NPR.