Accessibility links
More Than Just Cute, Sea Otters Are Superheroes Of The Marsh Sea otters are furry and photogenic, but those aren't the only reasons to save them from extinction. Turns out that just by eating, they can preserve their entire estuarine ecosystems. 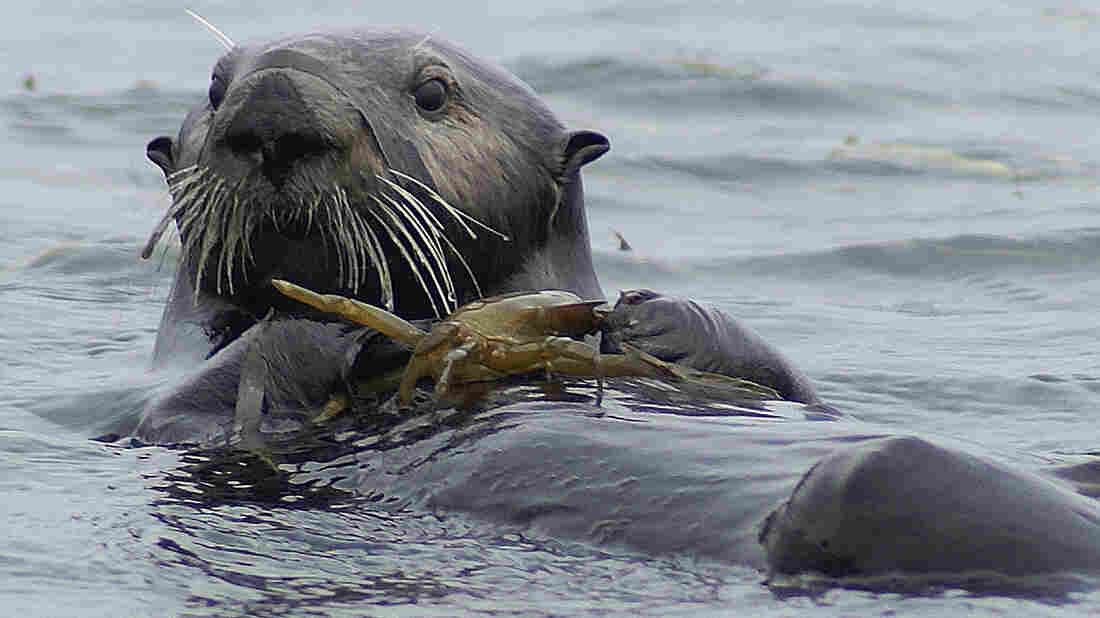 This sea otter, about to eat a crab in the Elkhorn Slough National Estuarine Research Reserve, is cute, sure. But more importantly, it's indirectly combating some harmful effects of agricultural runoff and protecting the underwater ecosystem. Rob Eby/AP hide caption 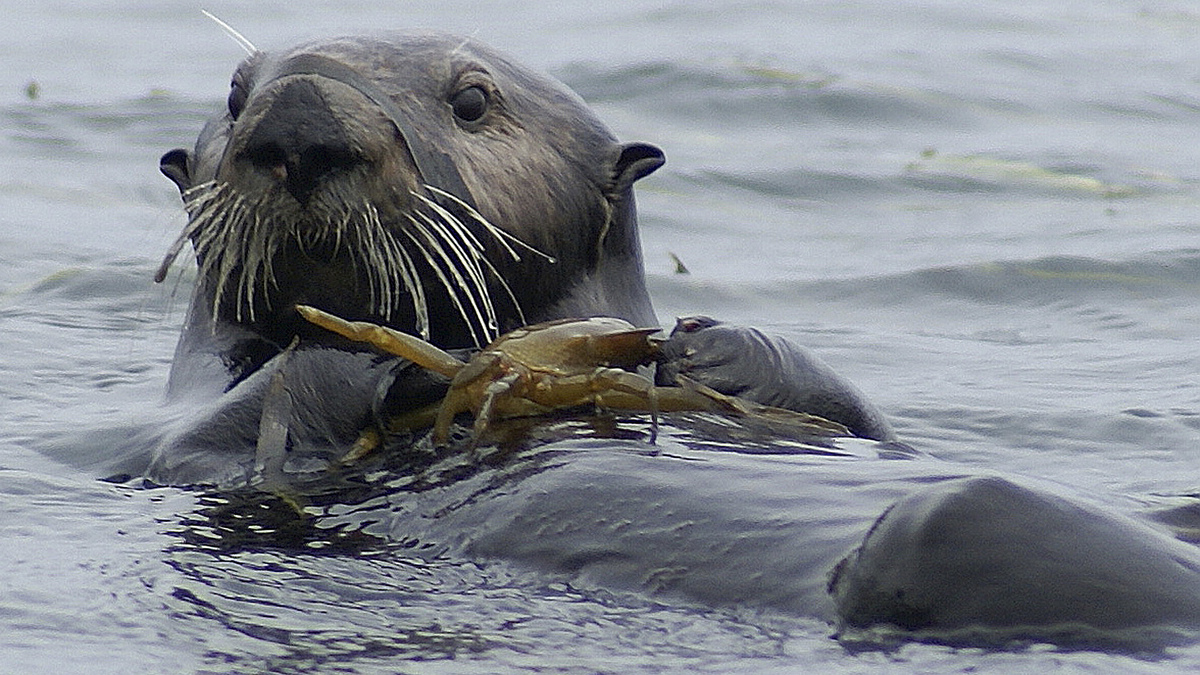 This sea otter, about to eat a crab in the Elkhorn Slough National Estuarine Research Reserve, is cute, sure. But more importantly, it's indirectly combating some harmful effects of agricultural runoff and protecting the underwater ecosystem.

On the roof of the Monterey Bay Aquarium in Monterey, Calif., in a large plastic tank, a sea otter mother named Abby floats with her adopted pup, known as 671.

For up to nine months, Abby will raise her little adoptee, and when 671 is ready, she will be released into a protected inland salt marsh called Elkhorn Slough, just off Monterey Bay.

That's where 671 will set to work to preserve the estuary, says Tim Tinker, who tracks otters for the U.S. Geological Survey.

"The reason why we focus on sea otters is not just because they're cute and fun to watch, but because they have a very outsize role to play in the function of this system," Tinker says.

Fewer than 3,000 southern sea otters live in the wild, only a quarter of their population of 150 years ago. State and federal protections in recent decades have stabilized sea otter numbers. Now, researchers along California's central coast are learning that the otters are also having a positive effect on the ecosystems where they live.

Elkhorn Slough is now a protected research reserve, but 20 years ago, there were no sea otters here, and the marsh was a mess.

Farmland runoff regularly pours into this estuary, loading it with man-made nutrients. 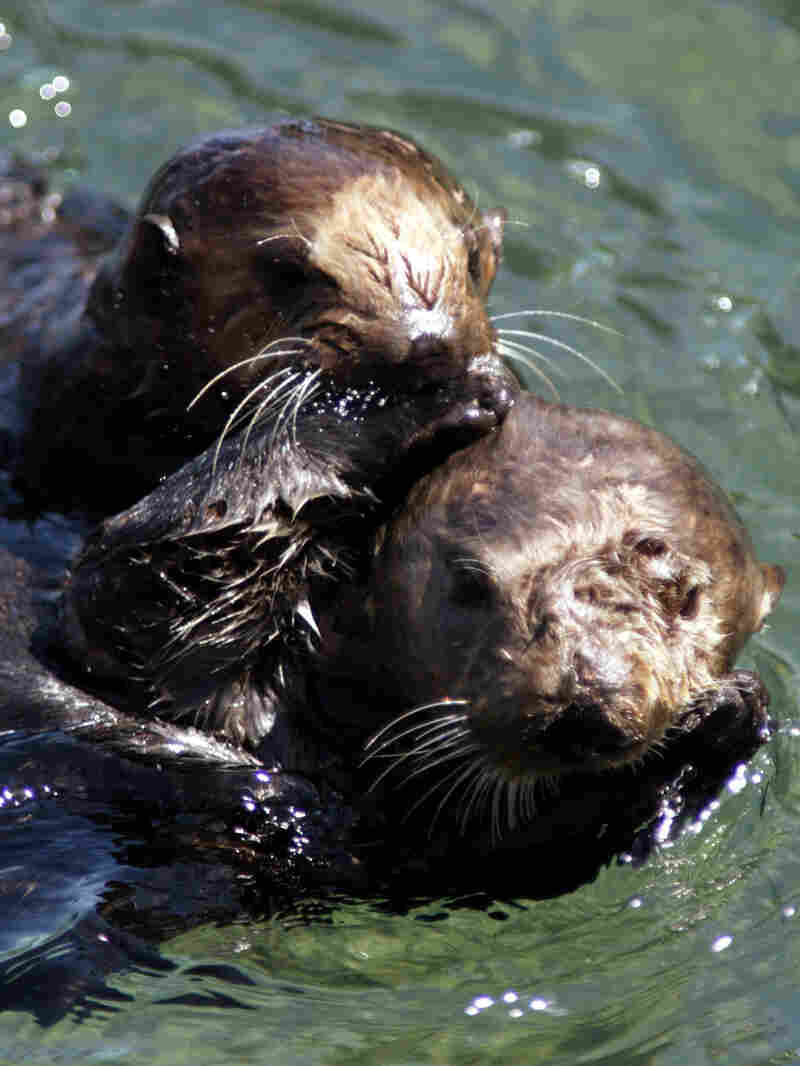 A mother sea otter and her pup swim in a tide pool in Monterey Bay. Mike Fiala/AP hide caption 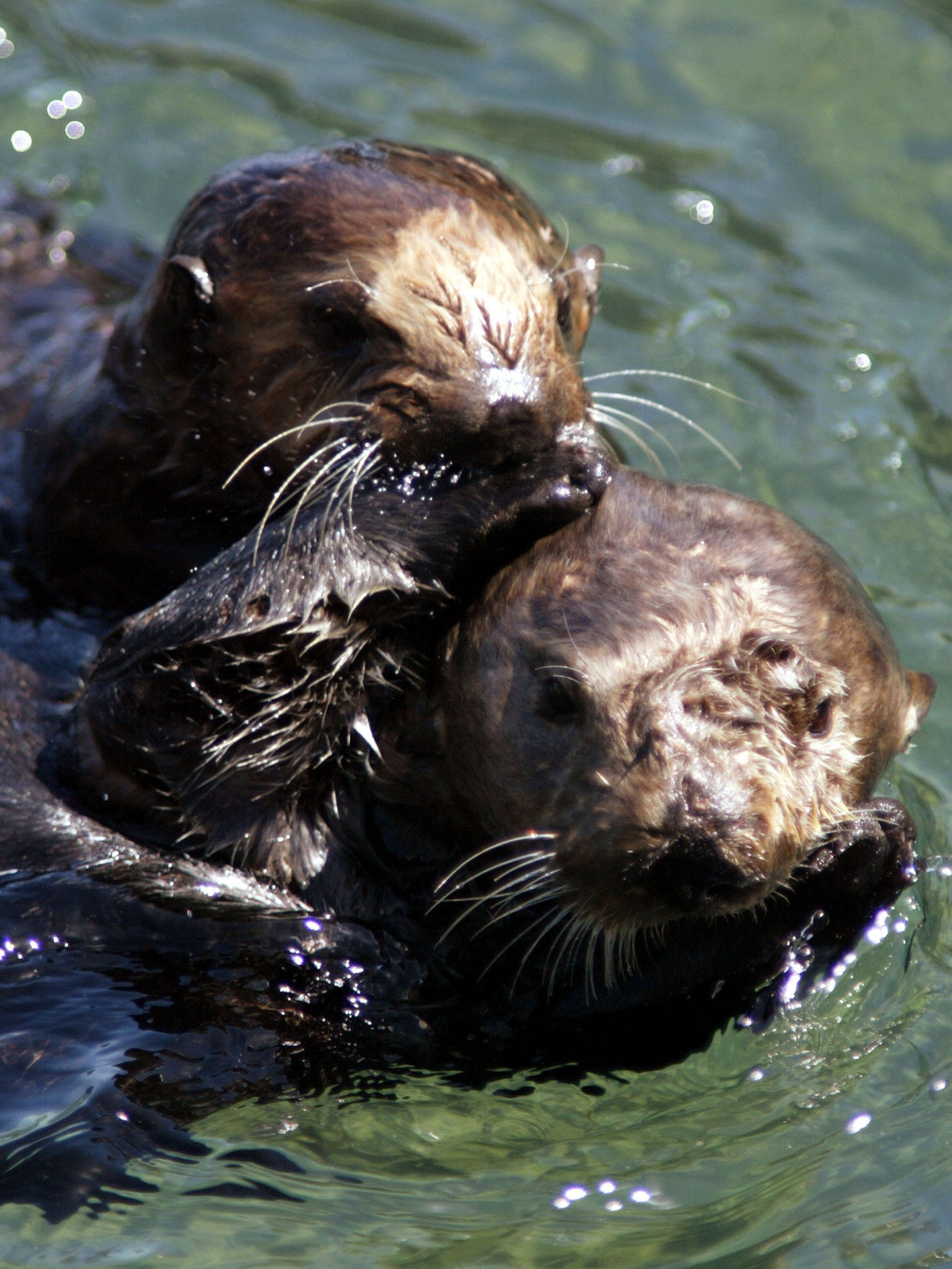 A mother sea otter and her pup swim in a tide pool in Monterey Bay.

"It's sort of just like throwing ... a bunch of fertilizer in here," says Tinker. "You're going to get a bunch of algae growing, and that algae grows over top of the eelgrass and chokes it out."

This eelgrass was home to an entire food chain of animals — or it was, until the algae took over. Bugs would normally keep the algae in check, but with no sea otters around, the otters' favorite food — crabs — ate the bugs. And there are lots and lots of crabs.

"Within the marsh banks itself, there are all these holes," Tinker says. "Those are the crab condos ... that's what I call them."

Brent Hughes, a researcher at the University of California, Santa Cruz, says there were so many crab condos, the muddy banks couldn't support themselves.

All this upheaval affects another animal: humans. Habitats like Elkhorn provide all sorts of ecological benefits: Fishermen benefit from natural fish nurseries; homes benefit from a natural barrier to storms and sea rise; the planet benefits from the carbon dioxide that marshland plants soak up.

That's where sea otters come in. Under decades of government protection, they're back, and eating crabs. That means the algae is down, the sea grass is up, and with crab condo vacancies, the muddy marshland banks are still here.

Tinker says even he was surprised by the turnaround.

"All of a sudden, they teach us this entire new thing about how there's a food web that sea otters are a part of that can actually make sea grass healthy even when there's nutrients," he says. "This was something we had no clue about." 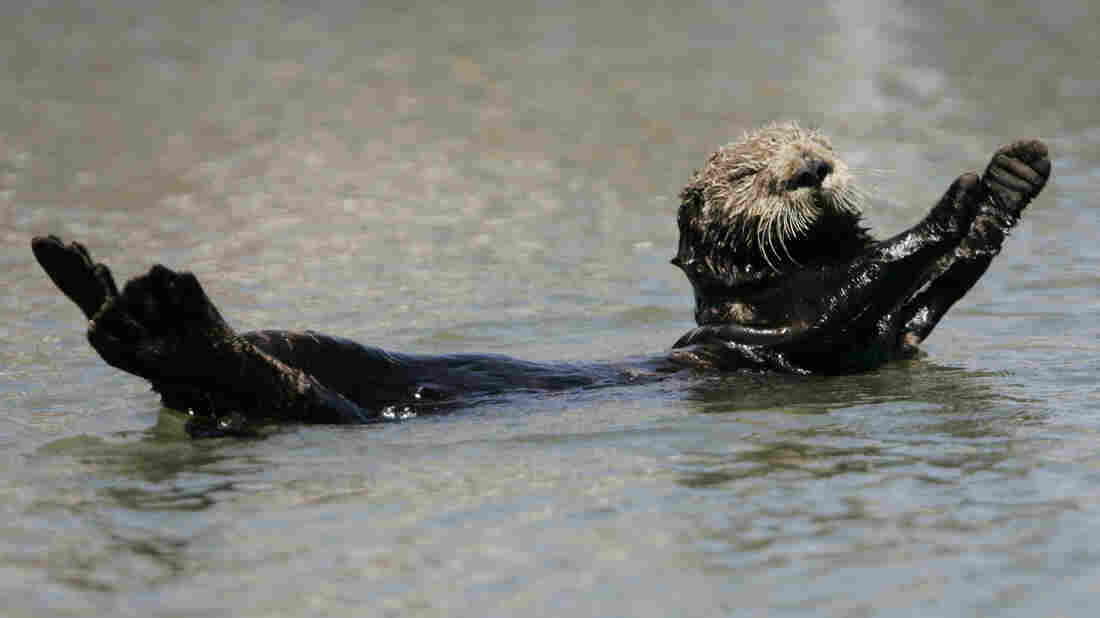 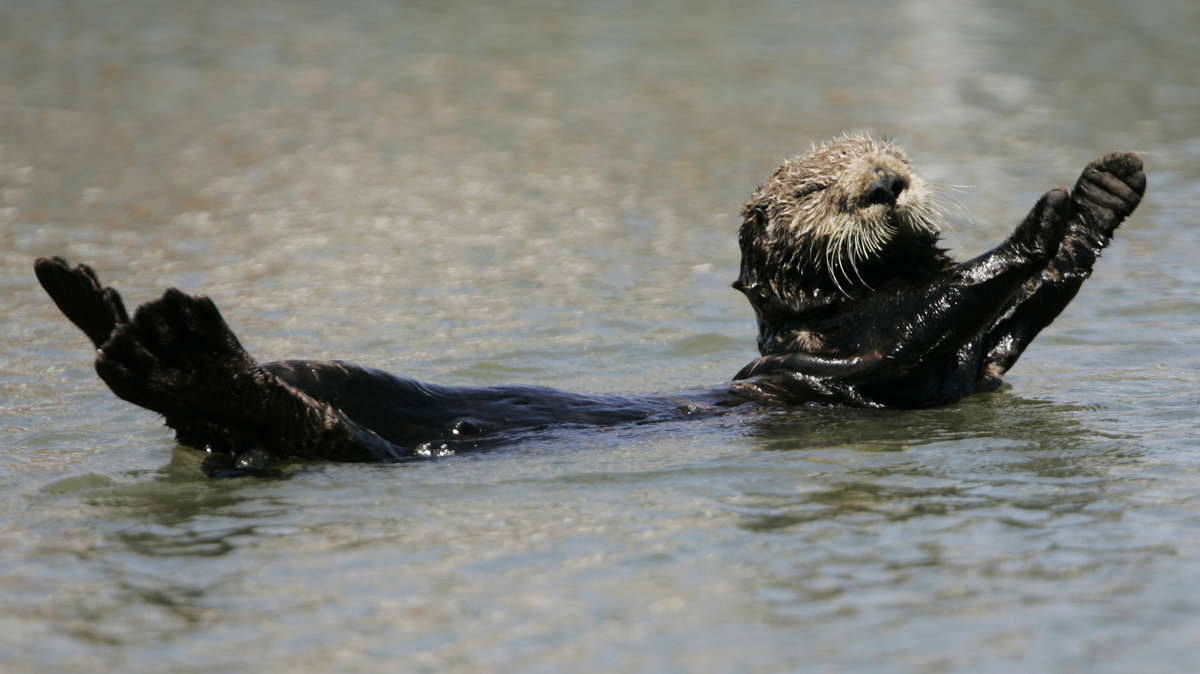 A sea otter plays in the water in Monterey, Calif.

Tinker says that realization has changed the philosophy behind sea otter conservation. It's not just about saving individual species, as cute as they are — it's about saving entire ecosystems.

"They're saving us," he says. "They're saving ecosystems that we rely on, and so it's a different sort of message than the one that we started out with 15 years ago."