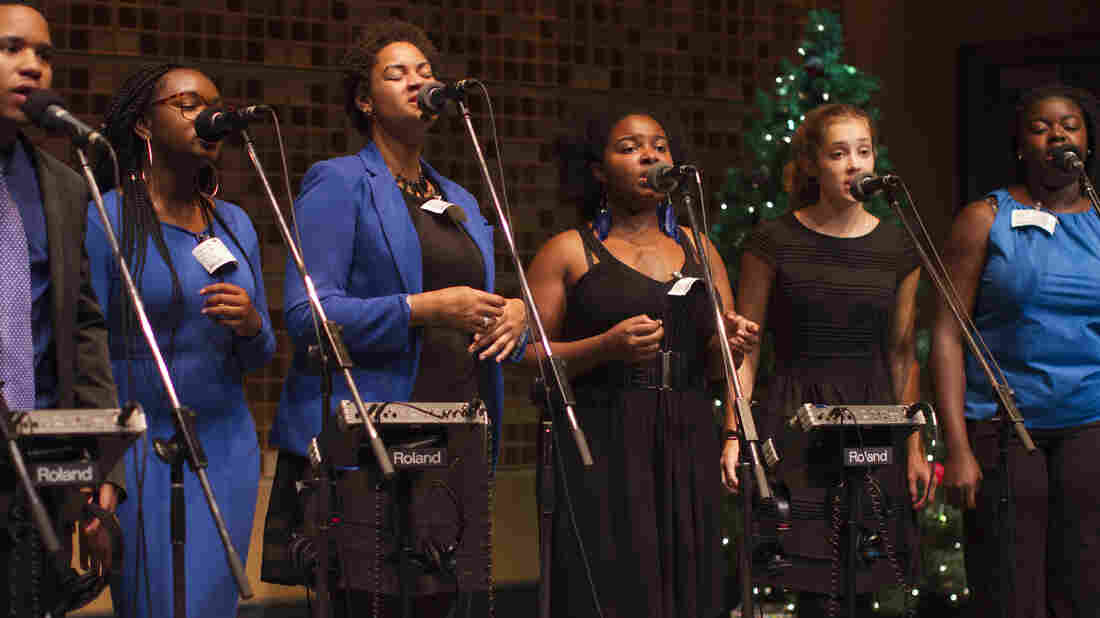 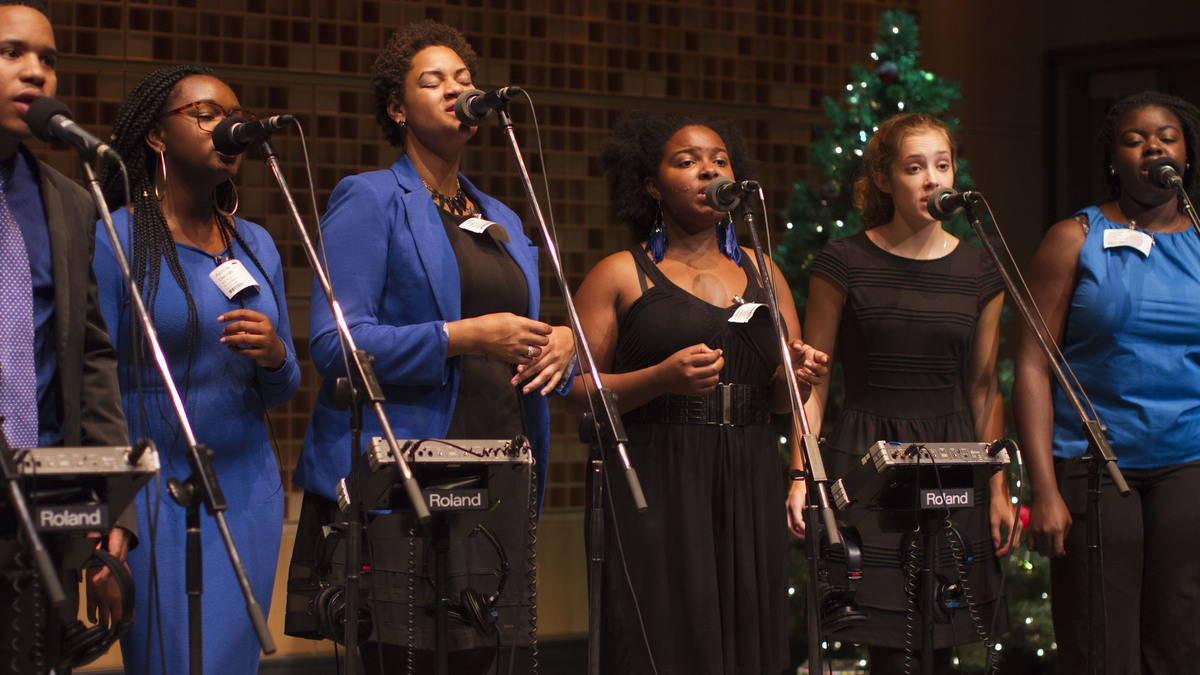 A tambourine jingled merrily and spirits were high when Afro Blue visited NPR's Studio 1 to share a brilliant assortment of holiday music. The group delighted the audience with fresh, thoughtful arrangements of Christmas favorites, from a rollicking "Angels We Have Heard On High" to a sublime, weighty "Silent Night." Also on the bill were a few lesser-known holiday numbers, such as director Connaitre Miller's original piece "That Is Love," which offers a meditation on the meaning of the holiday season.

The 12 young men and women in Howard University's premier vocal jazz ensemble, Afro Blue, sing as though they've been performing together for years. That, of course, is not the case — as with most college musical groups, the roster changes constantly as veteran members graduate and new ones step up to take their place. But, then again, Afro Blue is unlike most college groups, not many of whom can say that they reached the final four of NBC's The Sing-Off, or that they performed with Diane Reeves at Harlem's legendary Apollo Theatre.

As a further treat, Afro Blue was joined by jazz master and Howard University professor Cyrus Chestnut on piano, along with Eliot Seppa on bass and Carroll Dashiell III on drums.