Accessibility links
Festivo Alt.Latino: Cantigas In Concert The vocal group embraced a range of Latin American traditions in their holiday program. Hear them celebrate the season by singing in Spanish, Nahuatl and Quechua in NPR's Studio 1. 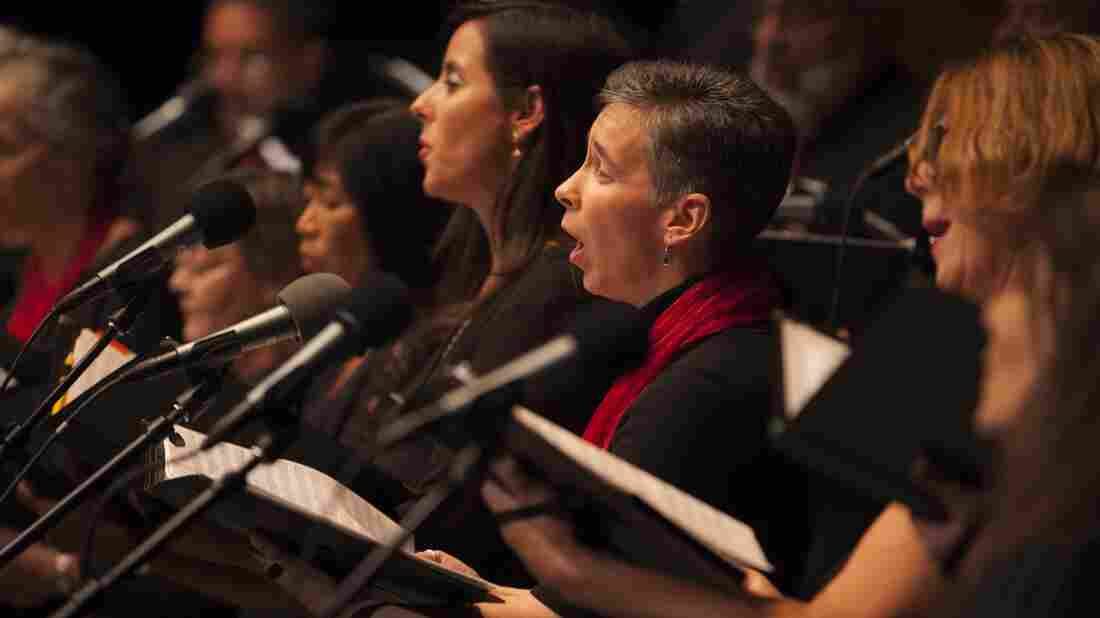 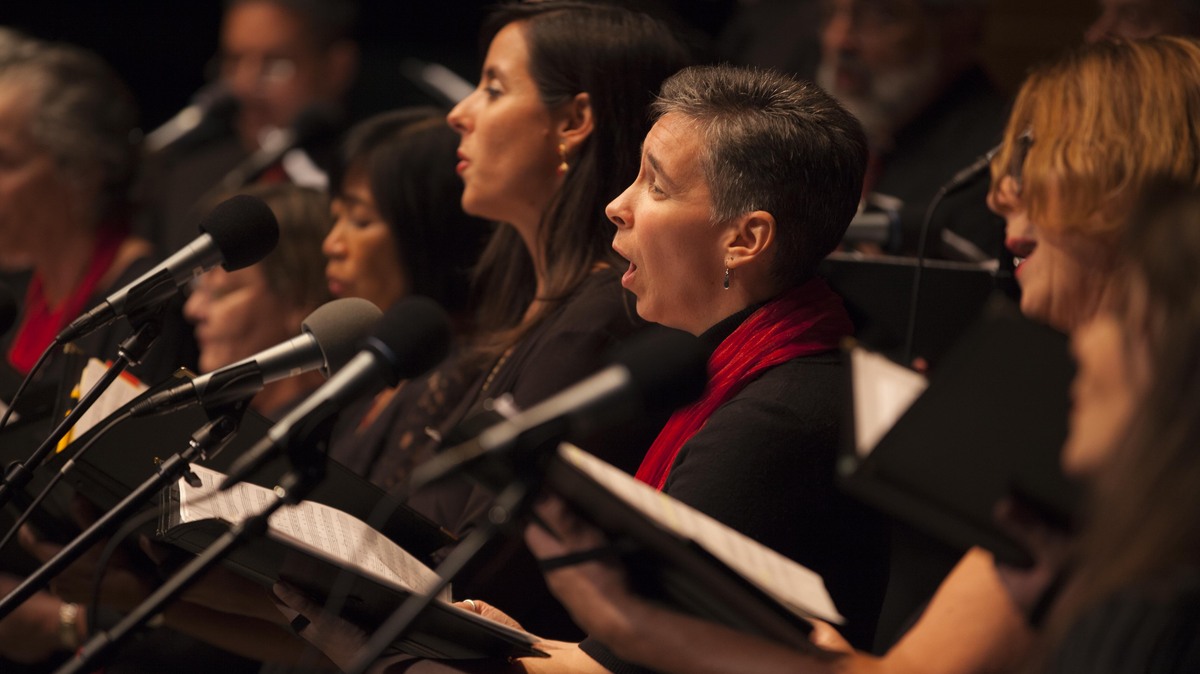 For this edition of our holiday special we turn to the healing and uplifting power of the human voice with the Washington, D.C.-based group, Cantigas. The group's 25 members assembled in NPR's Studio 1 in front of a live audience to present an eclectic mix of songs and rhythms from Mexico, Spain, Venezuela, Brazil, Argentina, Peru, Cuba and Puerto Rico–the home country of its artistic director, Diana Sáez. From folk to sacred to contemporary sounds, Cantigas presents a broader view of Latin music for audiences around the country through sophisticated vocal interpretations and by also reaching back into history to embrace choral traditions brought to and developed in the "New World."

Alongside festive parrandas and villancicos, of particular note in this program is the breathtaking beauty of songs written and performed in both Nahuatl (Aztec) and Quechua (Inca), ancient languages that predate the arrival of the Spanish armies. While these songs were written to convince the indigenous populations of Mexico and Peru, respectively, to abandon their gods and temples, the hindsight of time and historical context lend the songs an air of devotion that speaks to the importance of a spiritual presence in life no matter who's in charge.

Alt.Latino co-host Jasmine Garsd and I spend each year discovering and collecting the latest recordings and freshest sounds to hear, and the most interesting artists of all stripes to interview. But we also keep our ears to the ground. And after a year that saw its share of tragedy around the world, and we share the anguish of our listeners over the news coming from Ayotzinapa, Ferguson and Staten Island, epicenters of emotional wounds that seem to be in need of the healing touch of a curandera.

Or the healing power of music.

So bow your head in reverence or lift your voice to sing. However you choose to celebrate the holiday season, we have the perfect soundtrack for you.