Accessibility links
Watts Going On: The Gaudy Excess Of 'The Great Christmas Light Fight' If you've never seen hundreds of thousands of lights used to do things like animate wire-frame animals, you're going to love this bonkers piece of television.

Watts Going On: The Gaudy Excess Of 'The Great Christmas Light Fight'

Watts Going On: The Gaudy Excess Of 'The Great Christmas Light Fight' 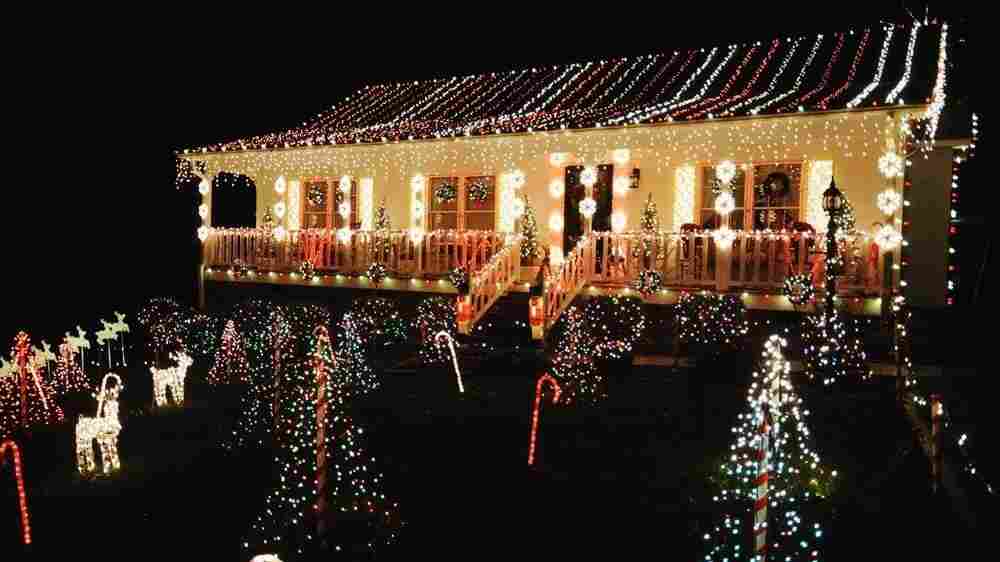 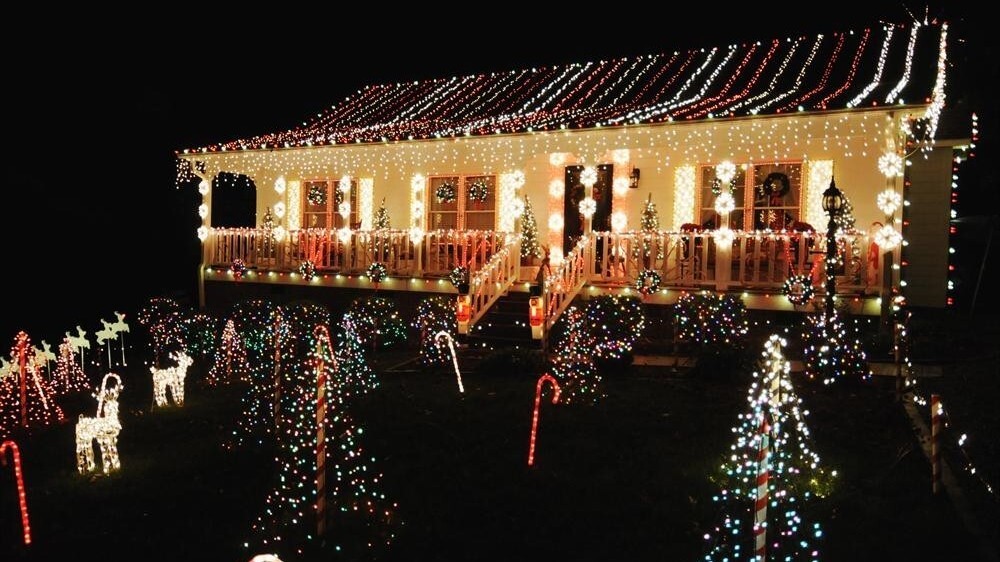 Perhaps you are familiar with the oft-quoted wisdom of (allegedly) Coco Chanel that when a woman gets dressed and believes she's ready, she should take off one accessory before she leaves the house. If Chanel's advice had instead been that the woman should paint herself with glue, roll in glitter, place a second hat on the hat she's already wearing, paint her face with brand logos, bedazzle a live leopard and put it on a leash wrapped around her wrist, and then crawl into a harness that hoists an American flag and then leave the house, she would be describing the design aesthetic of The Great Christmas Light Fight, ABC's competition show in which people vie for the title of That Person Whose Neighbors Are Not Sure About All This.

The structure of the show is very simple: the week's judge — it alternates between Michael Moloney and Sabrina Soto, both alliteratively named lifestyle experts who are not making fun of any of this to the point where they pretty clearly have never even heard of irony — visits a series of homes with extravagant light displays and, at the end, gives the prize to the best one. By what must be pure coincidence because it's Christmas and it's the season of warmth and it's all about the heart, both of the first two episodes of the ABC series' second season have included homes with Disney-themed displays. Only one of them won — the other one lost to an El Paso family who said they would give the $50,000 to charity. (Presumably, they're keeping the hilariously cheap-looking trophy.)

Much of the time, this particular show is everything classic and weird about the commercialized world of the American Christmas: volume is everything, taste is discouraged, you never use one lighted reindeer when you can use eight, and it's unnecessary to think about the planet because electricity is apparently made by elves for you to use. Some of the displays are set to music, making it a little like a giant screen saver the size of a house. In some cases, it's bigger than a house — the season premiere featured a guy who spread 2 million lights over 8 acres. (He lost to the guy with every piece of Disney's intellectual property traced on plywood, cut out, and propped up around his yard.)

There are nods, of course, to the religious underpinnings of the holiday: In the premiere, a Springfield, Mo., resident shows the judge his "Jesus Is the Reason for the Season" display, which she examines admiringly while he explains how he built the letters from neon. (Jesus may be the reason for the season, but neon seems to be its official chemical element.) Mr. Eight Acres also has a giant "JESUS IS THE REASON" sign, as well as a massive display representing Santa's house, an elves' workshop, live animals in the Nativity scene, and 15 breaker boxes to run all those lights.

But the sneaky charm of the show, when it has any, is the sheer audacity and ridiculousness of what these people are doing. They are Tim Taylor from Home Improvement come to life, celebrating the season by shrieking at the tops of their figurative lungs that they love Christmas more than you do. You may not like the idea of a 24-inch searchlight that required FAA approval, but at least the guy (who lives in Louisiana) didn't go halfway. We all have, after all, our silly holiday things that we do; who's to say my friend who bakes hundreds and hundreds of cookies is any less nutsy than a guy who dresses up as Santa and dances around in his yard while the neighbors stare at him dumbfounded?

Besides, cookies don't spell out "GOD BLESS AMERICA" in lights, now, do they?