Accessibility links
Early On, Comedian John Cleese Says, He Had Good Timing But Little Else The co-founder of the Monty Python troupe admits he wasn't "naturally gifted" at physical comedy, and learned a lot by imitation. His new memoir, So, Anyway..., covers his boyhood and early career. 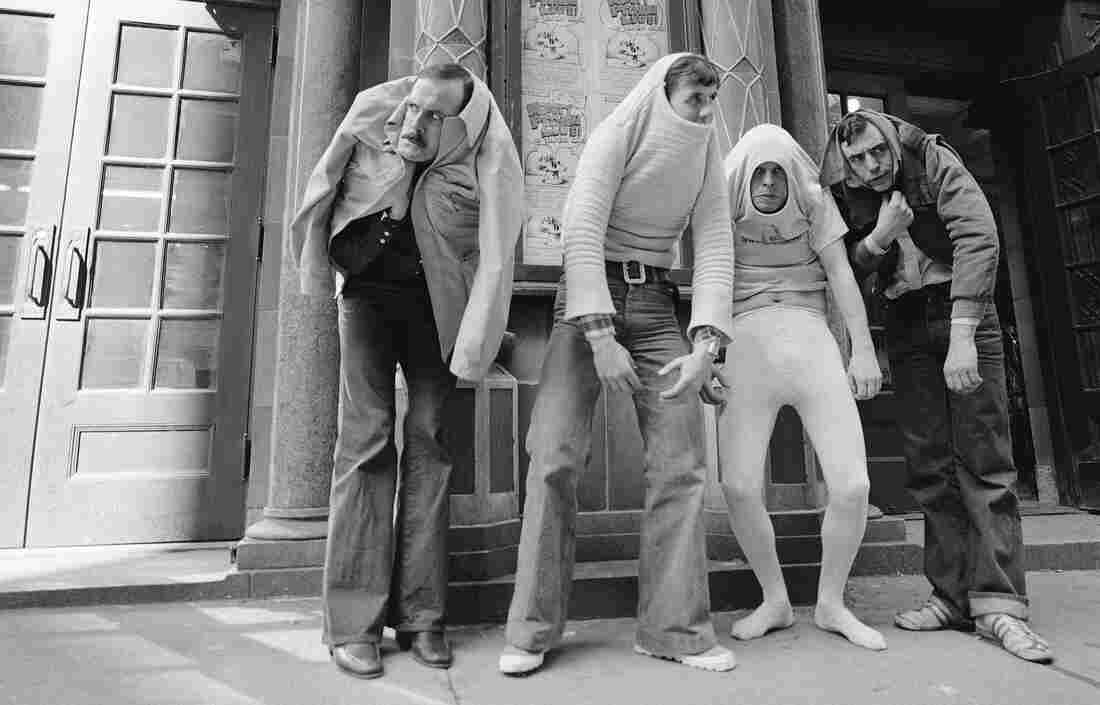 John Cleese, pictured above in 1976 with Monty Python's Flying Circus (from left, Cleese, Michael Palin, Terry Gilliam and Terry Jones), says he worked hard to learn physical comedy by imitation â "It was not something I was naturally gifted at," he says. AP hide caption 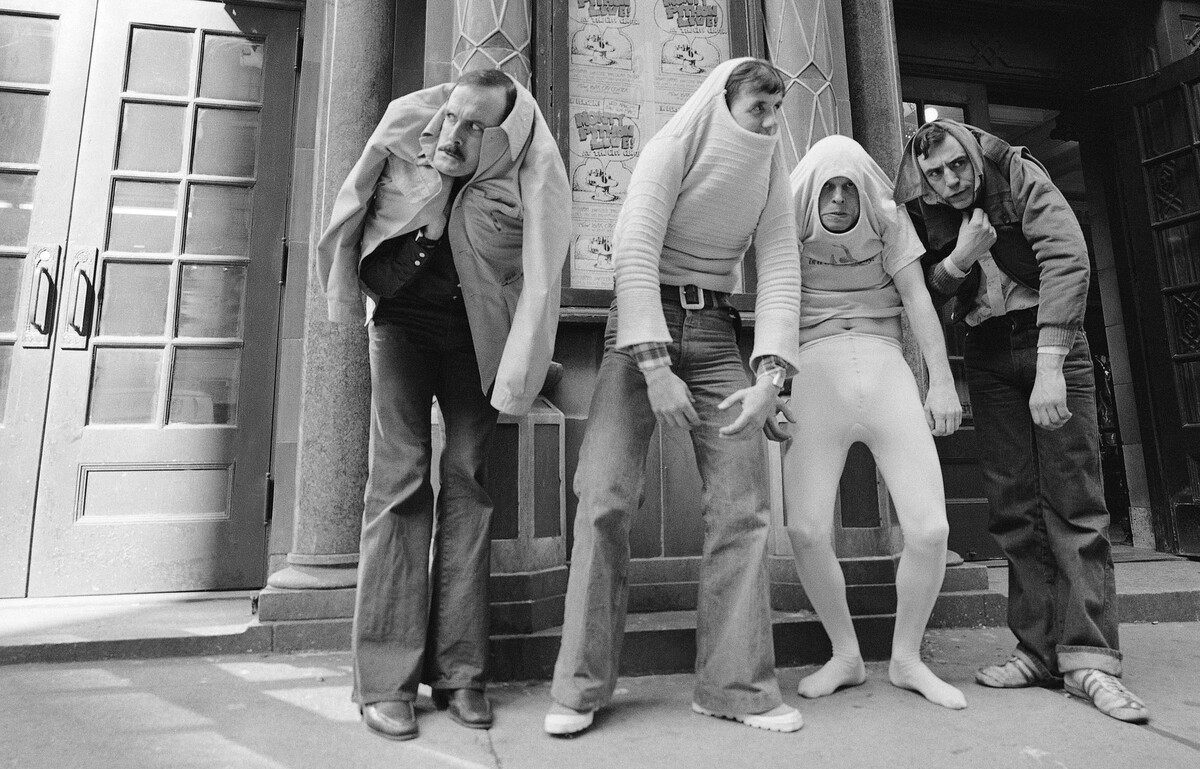 John Cleese, pictured above in 1976 with Monty Python's Flying Circus (from left, Cleese, Michael Palin, Terry Gilliam and Terry Jones), says he worked hard to learn physical comedy by imitation â "It was not something I was naturally gifted at," he says.

Performing live comedy is like "a series of little scientific experiments," says John Cleese. "When you do comedy in front of an audience, they are the ones who tell you whether it's funny or not," he tells Fresh Air's Dave Davies, and each subsequent night on stage is an experiment in making jokes land better than the night before.

It's a very interesting process to perform. ... It's like a series of little scientific experiments each night to make things work that didn't work the night before.

Cleese — who co-founded the Monty Python comedy troupe, and co-wrote and co-starred in Fawlty Towers, Life of Brian, Monty Python and the Holy Grail and The Meaning of Life — has just written a memoir called So, Anyway.... The book actually covers relatively little of his 50-year career in radio, television, film and theater. Rather, it's about Cleese's childhood, education and his early years in show business. Early on, Cleese wrote and acted in British radio and television, working with his future Monty Python collaborators and others, including Marty Feldman, Peter Sellers and David Frost.

The book is a breezy collection of memories, insights and funny observations — such as his impression of the upper-class boys he got to know in school: "I realized how different their lives were," he writes. "They genuinely liked chasing things and shooting them and hooking them out of the water and asphyxiating them. Death seemed the inevitable result of all their entertainments, despite their excellent manners."

On his relationship with his mother 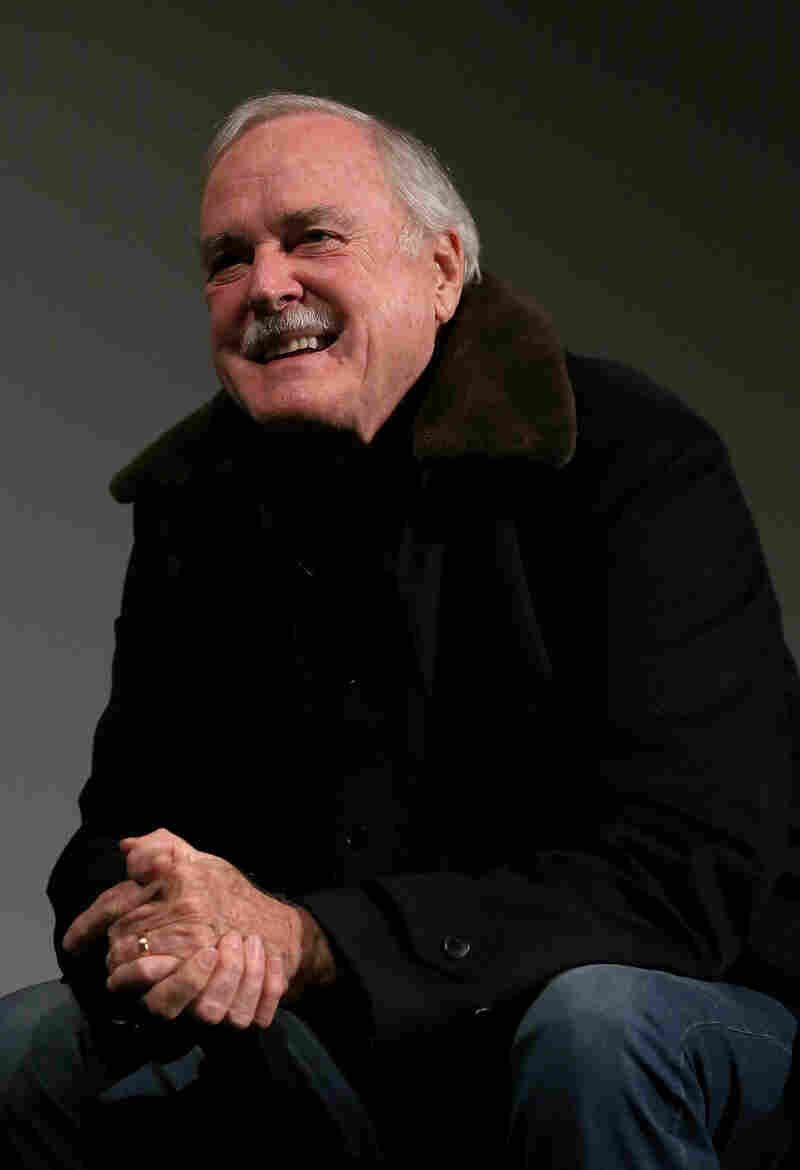 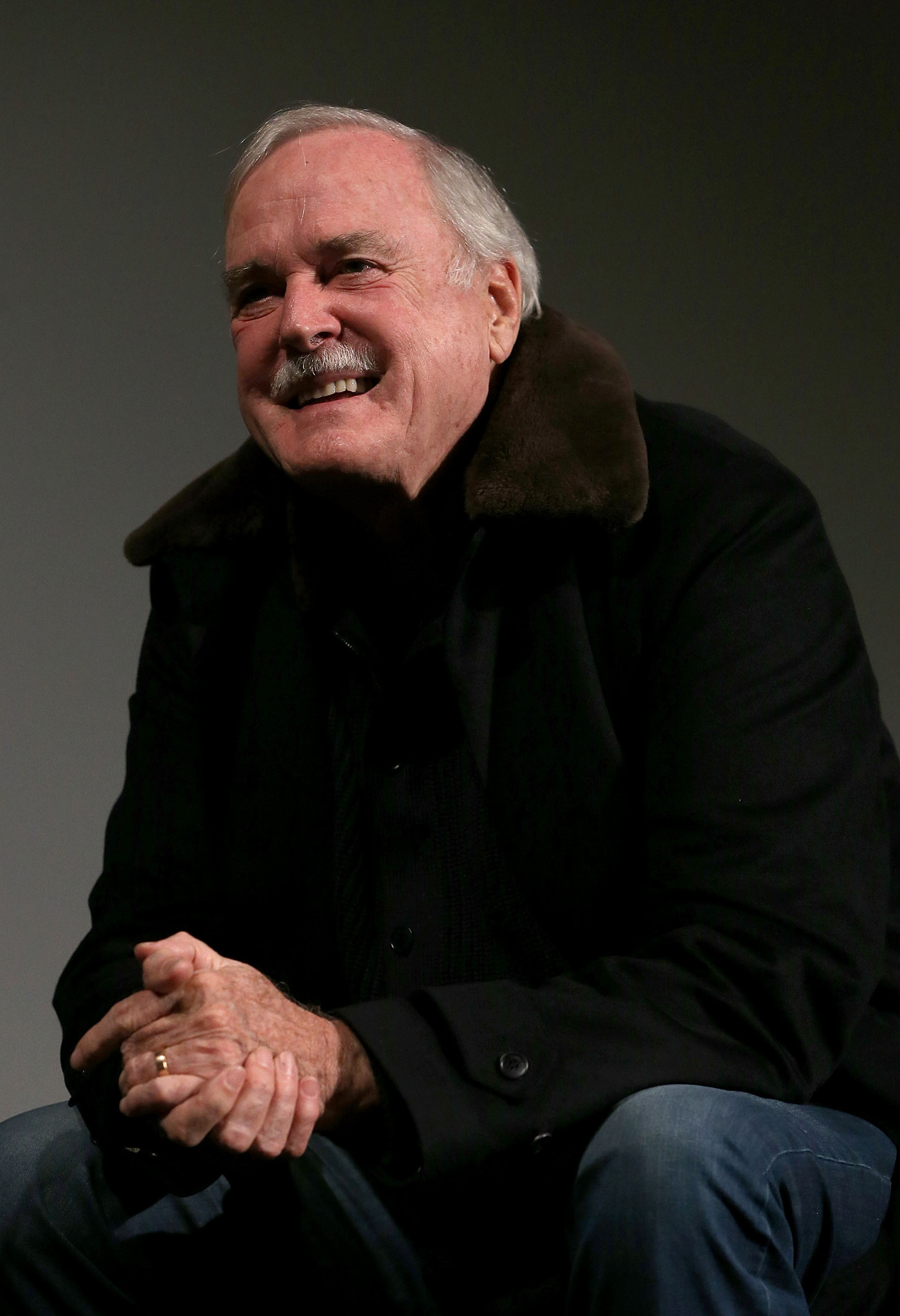 Cleese says that compared to the production challenges he faced when working on Fawlty Towers, doing American sit-coms felt like "the Rolls Royce way of making comedy."

I suppose you would say she was a very neurotic woman. She was full of fears and very anxious most of the time and constantly worrying. And to give you some idea of the scale of this, when dad died and I would go down to visit her she would greet me with a cup of coffee and a list. And the list was a list of all the worries that she'd been writing down during the previous two or three weeks so that she could discuss each one of them with me at length. And she wrote them down because she didn't want to forget a worry. She had a sort of feeling of alarm that if she didn't discuss one worry with me then it would happen — this event that she was dreading — and she wouldn't have prepared sufficiently with me to deal with it.

So it was almost methodical the way she dealt with her worries and we discussed them at tremendous length. Now, people like this — who are full of fear — they're not usually very flexible, they need to have things their own way, because if they don't have them their own way, they become so anxious they can't cope.

She did need to have her own way, there was no question about that. And if she didn't, then she did throw some quite alarming tantrums. And I think Dad, who had fought in the first World War for three and a half years, sometimes yearned for the relative tranquility of the trenches in France. Because it was a pretty noisy and alarming affair when she got angry.

On performing in the 'Footlights' Dramatic Club at Cambridge University 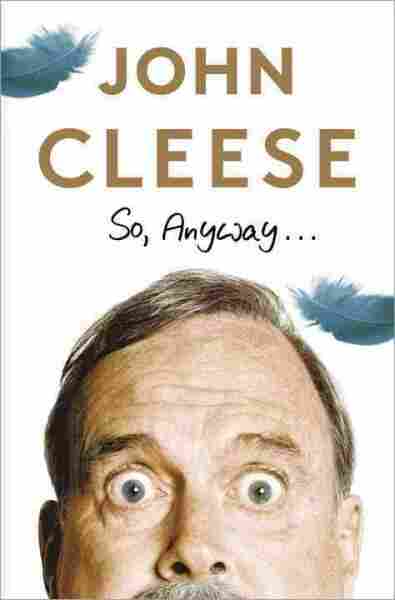 All I did when I started was I had good timing, but I didn't have any other skills at all. You see, Graham Chapman — who was in a show with me in 1962 — he was a really top-class mime artist. He could do very funny, very, very original mimes, and he could also sing and he could move quite well.

I couldn't do any of those things at all. I could just write some reasonably good jokes and time them well off the audience — I was good at listening to the audience so that I timed the next line right. And that was all I had to offer for a number of years. The other skills, the more physical comedy, came quite slowly.

On the challenges of making Fawlty Towers

The very act of having recorded a half hour was an achievement, because the conditions were so poor. When I came to America and was lucky enough to do things like Cheers and Will & Grace and Third Rock from the Sun, and saw those superb conditions — rehearsal and so forth, and the number of writers around who were constantly polishing lines and making suggestions — it really was the Rolls Royce way of making comedy.

In England we would go off to a little London church hall somewhere and the walls of the set would be indicated by bits of colored tape, sticky tape, that had been laid out on the floor. And then the chairs would be awful, broken-down old things that had been, you know, bought at a junk sale or something like that. Whereas in America, you rehearse on the set all week and you get used to everything, you get used to the height of the desk and the weight of any prop that you were going to pick up....

So to do the amount of pages we did — which was a very large number, we used to do 140 pages, and the average BBC sitcom was less than half that, it was about 65 pages — to do all that, to learn all the business and then to make the transition to a new studio and set where everything was slightly different, and then record that starting at 10 in the morning and kicking the audience out at 10 at night ... it was unbelievable, it was just one mad rush.

On learning how to do physical comedy

I think I learned it by imitation because I was no good at physical comedy. I was a terrible dancer — I dance like an Englishman — and although I had good hand-eye coordination, I was so tall and skinny and muscularly weak that I just was not well-coordinated.

But what I started to do quite early on was watch some of the great old silent comedians like Laurel & Hardy and Chaplin and then later on Harold Lloyd and Buster Keaton, and the first thing you notice about these people — how extraordinarily physically skillful they were.

And I began to just learn a few little things like how to look as though I had tripped, or I was good at balancing things — I could take an umbrella and I could balance it on my chin or on my foot. And I just got interested in that kind of thing, and as I played games more and more and got stronger physically, I just became more coordinated.

Read an excerpt of So, Anyway...

But by watching the great old comedians I picked up a few tricks about how to do physical comedy, and whenever I could learn something I sort of added it to my repertoire. It was nothing I was naturally gifted at, it actually was sort of work — but it was fun work.

On identifying as a comedy writer

It's always hard for people to believe that — because of course any time they've seen me it's because I've been performing, you know — they don't just go to their televisions and switch them on and see me sitting at home writing, you know? So naturally people's image is of a performer, but the reality of it is that the writing for me has always been the most important thing and the most rewarding thing.

And I've always called myself a writer-performer, not an actor, because I basically write what I perform. And the writing is the most important, and performing is just closing the circle because I'm less likely to screw it up than anyone else.

On the way American and British fans react to him

The Americans are more enthusiastic and more likely to engage in hyperbole. The British fans are liable to suddenly be talking to you about something that you don't know how you got into the conversation. I think it's something to do with the fact that they've been watching you for so many years, sort of you telling your story; they want to tell you their story. But you usually discover that you're discussing their son's education without really knowing how you got embarked on the subject.

So the Americans I'd say are much more positive, they're much more in love with success. In Britain they're a fairly envious bunch and they love it if you fail. If you want to know who your friends are, have a major failure, they'll all ask you 'round to dinner so that they can sort of make you feel better, because they're no longer envious. The Brits tend to be less direct. But when people quote sketches to me, half the time I don't know what they're talking about.